We both agreed that rather than trying desperately to get back to Europe, the best course of action for the moment was to return to Koh Phayam in Thailand, where we had friends and where we knew we would be relatively safe.

Less than a year ago I was having lunch in the canteen of the British Library in London, looking out onto the dreary, grey skies outside and dreaming about faraway lands. Maybe that’s how all adventures start, with just a longing, an unsurpassable urge to escape the everyday. My first step was getting a bicycle, and then planning a trip through France. Starting in September, I cycled my way from the beaches of Normandy to the Spanish border, over a thousand miles in total. I guess it’s fair to say that my life completely changed along the way, and now, a little over six months later I am writing this at a wooden table of a restaurant, in the shadow of a rainforest, on a little island off the coast of Thailand.

Of course, it’s not just my life that’s undergone such a startling transformation. The world is not the same place it was six months ago, and perhaps it will never be quite the same again. When I first arrived in Thailand at the end of February to join my boyfriend, who had already been traveling for over a month, Asia was the epicenter of the pandemic. Europe appeared to be ignorant of the severity of the situation, and I perhaps more so than most people. When I booked my flight in early February, I was delighted that the price of a return ticket from London to Bangkok cost me a very reasonable £350. That I was flying with a Chinese airline, with a stopover in Beijing, didn’t strike me as at all problematic. As days went on and the situation worsened, I begun to worry, more about the fact that I wouldn’t be able to be reunited with my man than the possibility of contracting the virus. Eventually I decided to book another flight, avoiding China, and I arrived in Bangkok on an almost empty and very comfortable Qatar Airways flight. 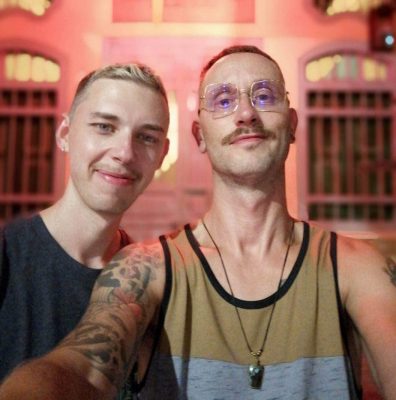 I met my now-boyfriend during my French bike odyssey, and even though he lives on the Atlantic Coast in south-western France, and I am based in London, we decided to give love a chance. When we first met in early October, Sylvain had already planned his trip to South-East Asia for early 2020, and I knew that he would be away for at least three months. I dreamed of joining him, but at the time that didn’t seem likely. But things have a way of moving along pretty fast when you’re in love, and so after leaving my job and my whole life in London, and after a twenty hour flight, I was going through immigration at the Suvarnabhumi Airport with a beating heart—I couldn’t wait for my romantic adventure to start.

Despite Thailand having already recorded a significant number of Covid-19 cases in its northern provinces, for the most part Bangkok seemed unaffected. We spent a very beautiful first evening having cocktails on the rooftop of the Cielo Sky Bar and sampling some excellent street food, no face masks in sight. The next day we met our American friends who were getting ready for a long flight back home to San Francisco. They were worried that their flight might get canceled as most airlines were already canceling or altering flights to and from Asia. As we said our goodbyes and wished them bon voyage, we had the uneasy feeling that things were only going to get more serious. Still, our plan was to travel through Thailand, visit several islands and ancient cities, national parks, and other points of interest. Sylvain, who has been traveling to Asia for over a decade, also wanted to show me some of the neighboring countries, perhaps parts of Vietnam, Malaysia, and Indonesia. Our first stop was Koh Phayam, a beautiful and largely unspoiled island near the Thai-Myanmar border. After two weeks of swimming, eating, and exploring this little slice of paradise we decided to continue our trip with a week in Malaysia. We travelled back to Bangkok to catch our flight, and we were both struck by just how much the atmosphere had changed in those two short weeks. The airport was much quieter, face masks were much more visible, although most European and North American travelers still didn’t wear them. We arrived on Penang Island and passed through passport control with little fanfare, with no health screening. As we enjoyed our time in the gorgeously eclectic Georgetown, the situation was quickly becoming more serious. Within days word got around that Malaysia would soon shut down its borders and that the majority of shops, bars and restaurants would close. It was becoming clear that no matter how much we wanted to ignore the gravity of the situation and continue with our original travel plans, it would not be safe or physically possible to carry on.

Our options were limited. Firstly, we needed to leave Malaysia. A bar owner told us, “tonight is your last chance to get out of the country, after that you’ll be stuck with us for months.” It sounded like a line out of a film noir, but by then we grew more accustomed to the often exaggerated word of mouth which was circulating the streets. The mythology, which is born whenever one person claims to know what’s going on, spreads quickly among tourist and expats. That’s one of the main lessons we have learned over the past few weeks: don’t believe everything you hear on the street or read online, take deep breaths, and don’t lose your cool and your sanity.

We both agreed that rather than trying desperately to get back to Europe, the best course of action for the moment was to return to Koh Phayam in Thailand, where we had friends and where we knew we would be relatively safe. Despite the bar owner’s dark prophecy, we were able to get a flight out of Malaysia, and we arrived back in Thailand on March 20th. While the internet was booming with news of travel restrictions and toughened health checks, particularly for French citizens, we entered Thailand with no health checks and without any questions asked. As a French citizen, Sylvain was asked to fill an online form, but to our astonishment, the airport staff member who we asked for assistance, quickly filled the form on his behalf, including all questions regarding health and any possible symptoms. This certainly did little to reassure us that the authorities were doing their best to stop the spread of the virus, and once again confirmed that what we read in the news and the reality on the streets and at airports are two very different stories. 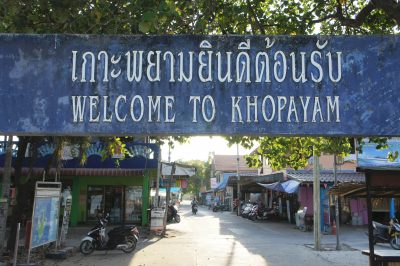 We have now been back on the island of Koh Phayam for over two weeks. The mood among foreign tourists regularly shifts between “we are lucky to be here” and “we need to get back home as soon as possible.” In reality it is a very difficult decision to make. Flights out of Thailand are severely limited at best. Travel within the country is restricted and dangerous. Airfares are astronomical and flights are still being cancelled at short notice. Any news or official advice form embassies and other authorities are chaotic, conflicting, and do little to reassure anyone. 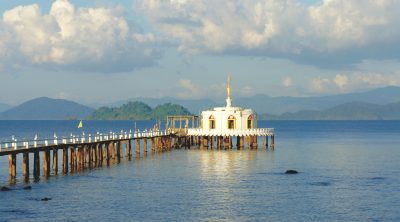 So for the moment we are here, on our little island. We feel extremely lucky to still be able to go out, take walks on the beach, swim, and eat out. Of course we are worried about the future, and we miss our friends and family back home. We feel powerless and useless because our communities need us. But at the end of the day, everyone must ask themselves whether traveling back home at all cost is really the most responsible thing to do. The one silver lining for me personally has been the fact that after months of separation I am able to spend time with the person I fell in love with. 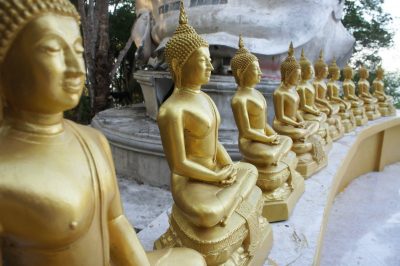 No one knows exactly how long this will go on for, or what the future holds for any of us. But if I learned anything during these weeks of our unexpected quarantine, is that the crisis brings out the best and the worst in people. The amount of kindness and selfless acts of sacrifice we have witnessed, both here are from friends back home, has been overwhelming. We’ve also seen companies and organizations using the situation to exploit people and profit from fear and uncertainty. I also realize just how privileged we have been to be able to travel the world with few restrictions, and how much we have taken this privilege for granted. It may be many months before we can experience travel in the same way we did before, but for now we are taking it one day at a time, living in the moment.

Clothes Made from Recycled Plastic