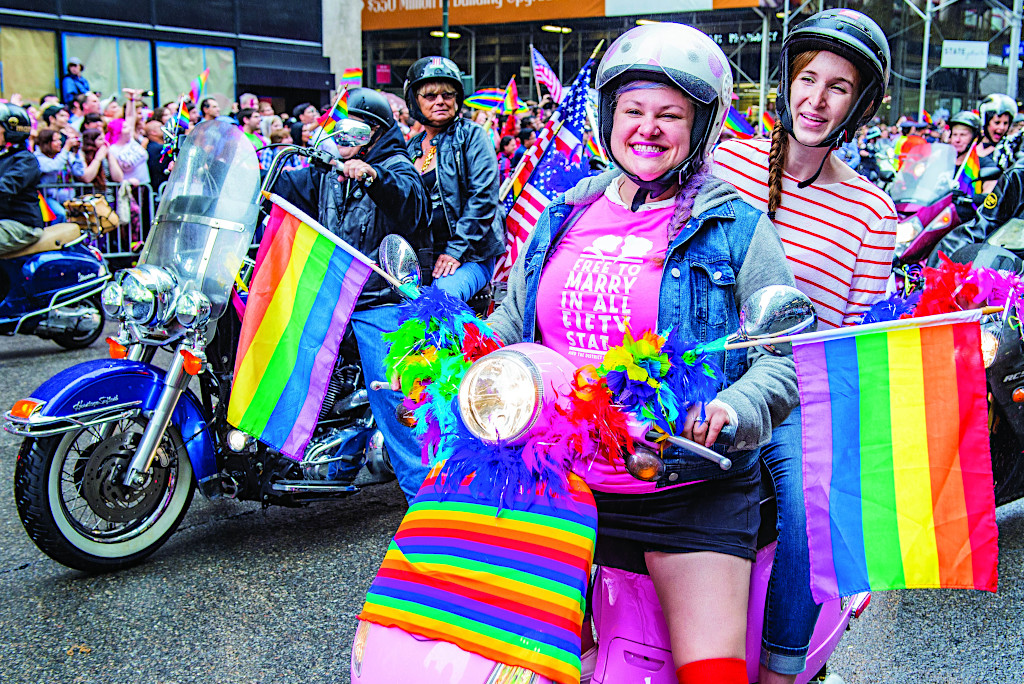 Donations to Kyiv Pride help provide food and shelter to displaced Ukrainians who have had to flee their hometowns because of the war.

As anti-LGBTQ legislation spreads across America, and queerphobia grows stronger around the world, it’s essential to remember that the fight for equal rights isn’t over.

This is going to be a massive year for Pride celebrations across the globe. Because of COVID-19, 2022 marks the first time many LGBTQ people will partake in Pride since the pandemic began. It’s also an important year for people everywhere to show their support for the LGBTQ+ community. As anti-LGBTQ legislation spreads across America, and queerphobia grows stronger around the world, it’s essential to remember that the fight for equal rights isn’t over. It’s even more dire for LGBTQ citizens living in Ukraine, who now fear what could happen if Russia takes over. Recently, Kyiv Pride (kyivpride.org) contacted the media, asking for help. In a statement, they said, “I’m asking every Pride organization, every LGBTQ organization across the United States, and the world, please reach out to us. Please, please carry our flag, please carry our banners, please keep us in your minds and hearts during your parades. We need money, we need any help, but we need more than any- thing to not be forgotten during the long road ahead. The war isn’t over, it’s not ending, and in June a show of unity is needed.” Donations to Kyiv Pride help provide food and shelter to displaced Ukrainians who have had to flee their hometowns because of the war.

NEW YORK CITY (June 15-26. nycpride.org)
New York City has one of the largest Pride celebrations on Earth, and this year it will be huge as it is the city’s first full-scale Pride event since the pandemic began. Events throughout the week include Youth Pride, a celebration that creates a safe space for LGBTQIA teens so they can socialize and meet others like them; Bliss Days, a series of events for queer- identifying womxn that includes rotating DJ’s, dancers, pop up performances and special guest appearances; and of course, the famous Pride Island Music Festival, being headlined this year by singers like Kim Petras, and Drag Race winners Mo Heart and Kylie Sonique Love. This Celebrating Pride in NYC year, Pride Island is also moving to a new location, taking place on Gov- ernors Island. On June 26th, NYC’s famous Pride March will take place, which not only celebrates the community, but also honors those lost to HIV/AIDS, discrimination, and prejudice.

MANCHESTER, ENGLAND (August 26-29. manchesterpride.com)
Manchester has long been known for having one of the most well-rounded and diverse Pride celebrations on the planet. While you can still find the riotous Pride Parade and the brimming parties around Manchester’s Gay Village, their celebration also has a lot more to offer. The Superbia Weekend includes a lineup of LGBTQIA artists, poets, and dancers putting on performances throughout the city, and the Human Rights Forum is a chance for the community to come together and discuss ways to further LGBTQ rights across the globe. Also, the candlelight vigil is a beautiful and moving evening that takes place in Sackville Gardens and honors those lost to the HIV pandemic, as well as those who have been affected by the stigma of HIV/AIDS. One of Manchester’s most unique Pride offerings is their Youth Pride MCR event, which is designed specifically for young people aged 14+. At Youth Pride, teens can attend Vogueing workshops, drag shows, special performances by young LGBTQ+ people, and more.

TORONTO, CANADA (June 1-26. Pridetoronto.com)
Pride is finally returning to Toronto for the first time since the pandemic. The city is planning so many events that Pride Week has turned into a full-blown Pride Month! These include the Trans March as well as the Blockorama festival, which celebrates LGBTQIA African, Black, and Caribbean residents and their allies. Headlining Blockorama this year is soca legend Patrice Roberts. Part of the festivities will be the Cabana Pool Party taking place at the city’s trendy Cabana Pool Bar. The party is hosted by Drag Race winner, Symone, and features DJs, dancers, and lots of deliciously beachy and fruity cocktails. One of Pride Toronto’s coolest daytime events is ‘Til Sunset: The Jam Down. Taking place on Toronto Island, the event will have drag performances, live music, and DJ sets. Best of all, jerk chicken and Caribbean food will be served, and the backdrop of the event will be the stunning Toronto skyline. Headlining Pride Toronto this year will be the winner of Canada’s Drag Race and Toronto’s local queen, Priyanka. She will be performing hits from her new EP, Taste Test. 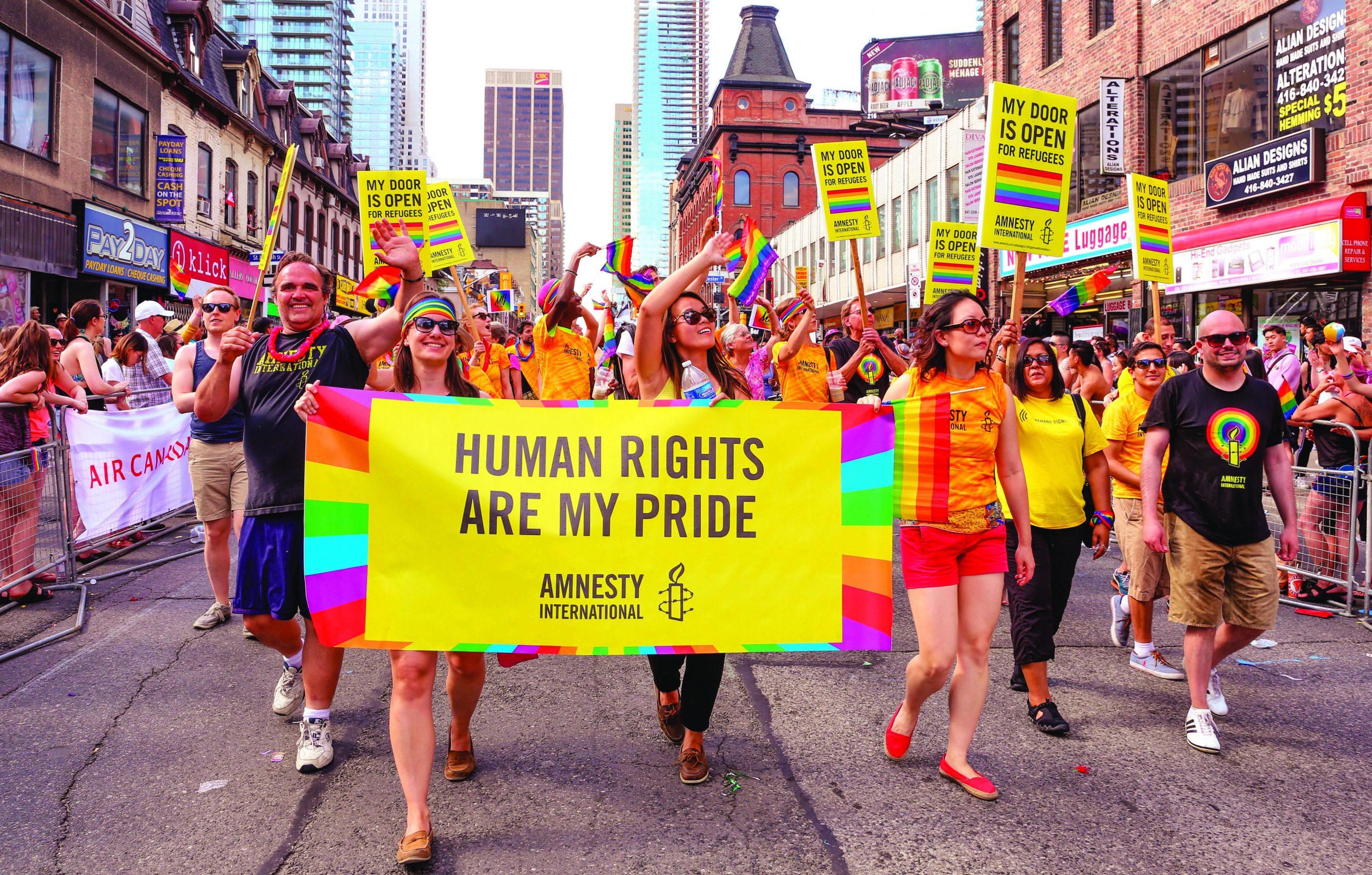 PUERTO VALLARTA, MEXICO (May 25-28. vallartapride.org)
Puerto Vallarta, often abbreviated as PV, is one of the queerest towns in the world and has been a popular gay vacation destination for decades. This year, PV has announced the theme of their Pride celebration to be “Out for Justice” and the festivities will kick off on May 25th with the Pink Dinner. The event will take place atop the LGBTQ-exclusive Almar Resort and will feature specially crafted dishes and cocktails, as well as great music by Billboard-charting recording artist, Brian Kent, and a stunning sunset view. At 10 P.M., after dinner, the official Pink After Party begins, giving attendees their first proper party at PV Pride. Other events include the Pride Parade and the Drag Derby, a massive block party that features a drag competition and lots of laughter, great music, and frosty drinks. The winner of the Derby will get the chance to compete at the finals in Denver later in the summer. For the biggest party of PV Pride, be sure to check out Paraiso PV Pride, a beachfront music festival with headliners like Alex Acosta, DJ Phil Roamno, Dani Brasil, and many others.

DUBLIN, IRELAND (June 22-26. dublinpride.ie)
Dublin’s Pride Parade and March is a truly unique experience. Participants are encouraged to attend the event however they feel. Dublin’s Pride website reminds us that “Pride is both Protest and Celebration.” Those taking part in the parade are invited to dress however they want and to carry signs of their choosing. They can either use the march to celebrate the LGBTQ community, or use the space as a protest to demand for global equality. Also taking place will be a family-friendly Pride Village block party, which is designed to be a welcoming and accessible space for everyone. While it will still the have mainstages and performances, it will also have specialized zones for diverse groups, like community zones, family area, quiet zone, and even a new sustainability zone for those looking to combine queer activism with sustainability. On top of all that, there will be a whole weekend of themed parties put on by Mother, Dublin’s most famous gay club. The numerous events includes the Years & Years Pride Opening Party, celebrating the music of Olly Alexander, and the Pride Block Party, which will have multiple stages and performances by Peaches and Blu Hydrangea, as well as interactive (and hilarious) events like a sing along and drag aerobics.

REYKJAVIK, ICELAND (August 2-7. hinsegindagar.is)
Iceland, and especially its capital city of Reykjavik, is one of the most progressive, LGBTQ-inclusive places on the planet. According to Iceland’s tourism page, the first Reykjavik Pride celebration was held in 1999 and attracted 1500 guests. Today, that number has skyrocketed to over 100,000 attendees. Events include the annual Opening Ceremony on August 2nd, which will herald in another year of festivities; the Pride Parade, which will meander its way throughout town; and the annual family-friendly and kids- encouraged Block Party that follows. Also on deck are a slew of parties, drag shows, and performances. 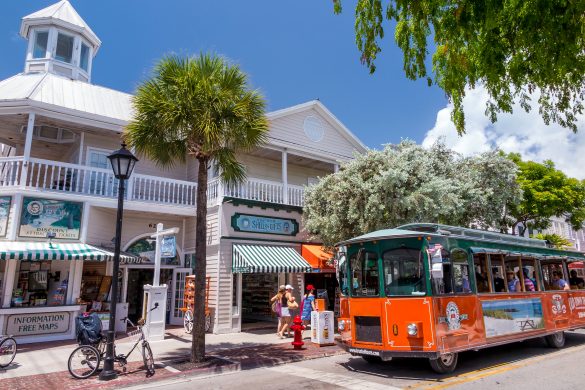 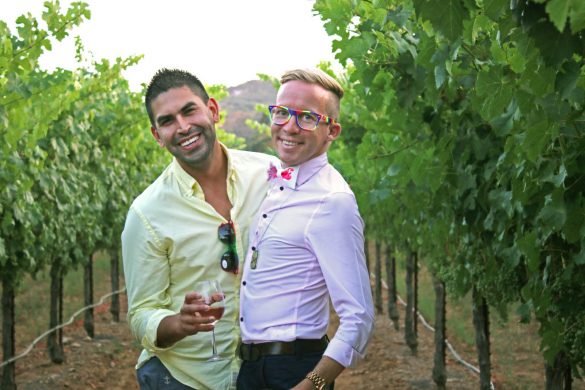 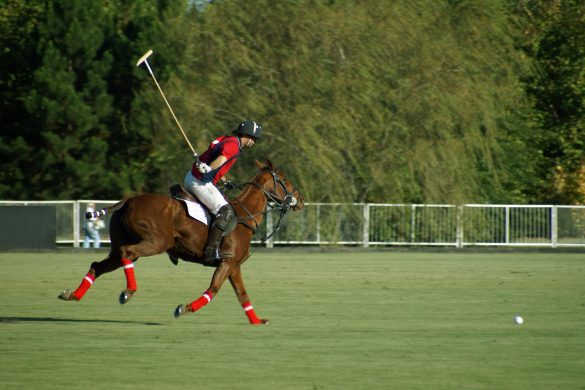 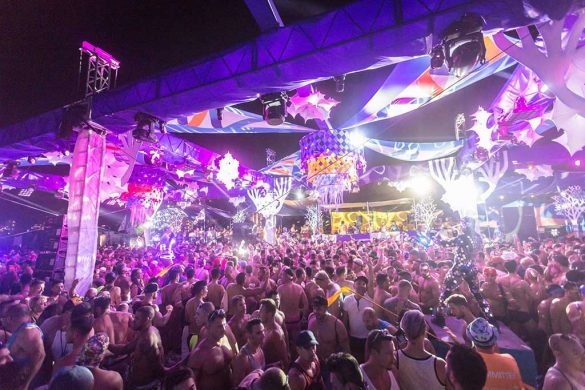