Considering the wide array of attractions, activities and experiences spread around the state of Yucatan, tour operators are generally the easiest way to help plan your visit.

It was an autumn evening in Merida, and a warm breeze embraced the city’s historic architecture as I joined Ricardo Godoy and David Duran on an LGBTQ walking tour of Yucatan’s capital city. As a host and travel experience designer at Merida Gay Tours (Tel. +52-1-999-350-5518. meridagaytours.com), Godoy is an expert on the evolution of this Mexican city’s LGBTQ scene. “There’s a difference between Merida and the Riviera Maya, which many U.S. travelers are familiar with,” he said. “The state of Yucatan is more than just sun and beach, although we do have that. Here, we also have a lot of history, a lot of culture, many traditions, so it’s more cultural.” 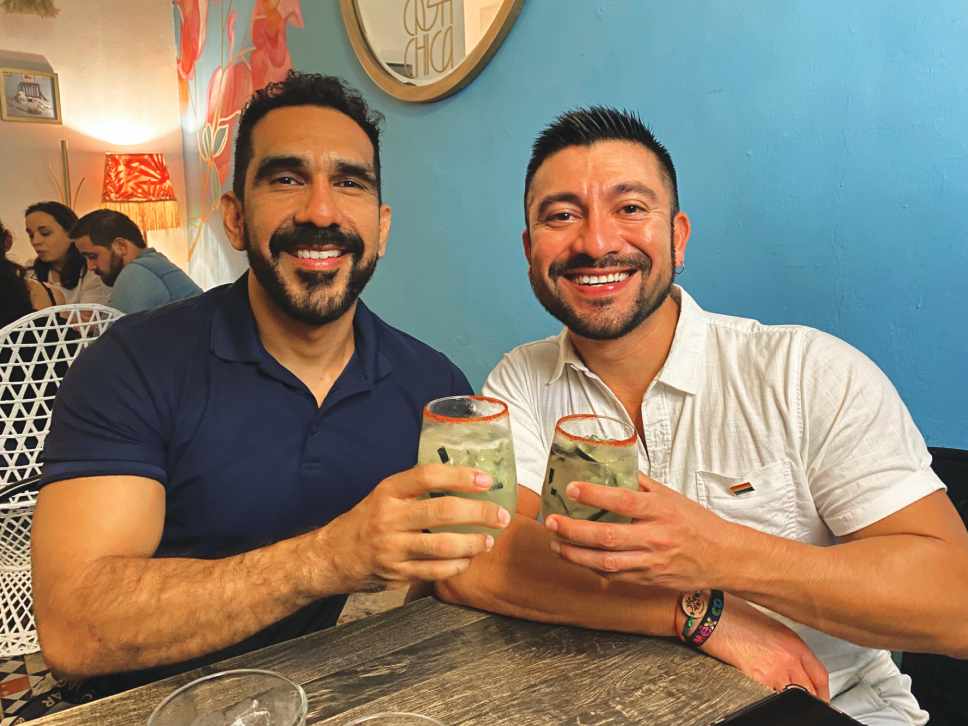 Indeed, destinations like Cancun, Tulum, and Puerto Vallarta may score higher on brand recognition with LGBTQ globetrotters, but awareness of Merida and the state of Yucatan continues to grow, as travelers increasingly look for unique experiences off the beaten path and away from the crowds. In Yucatan, they can explore Mayan ruins and experience living Mayan culture while staying in unique accommodations, savoring spectacular cuisine, and enjoying lively nightlife, all in an LGBTQ-welcoming environment. Even the state’s secretary of tourism, Michelle Fridman, is a member of the LGBTQ+ community. It’s no wonder that Merida and the state of Yucatan are on the radar of more LGBTQ+ travelers.

LGBTQ Merida
Like many destinations around the globe, the number of LGBTQ-specific bars and clubs has diminished, but the array of welcoming venues continues to grow, according to Godoy. “People who work in tourism are very clear that their mission is to serve, and it doesn’t matter if you’re gay, white, black, man, woman, their goal is to offer the best service,” he said. “Yucatan is a destination that can definitely be considered gay-friendly.”

To show just how friendly the capital city can be after dark, Ricardo and David took me on one of their nightlife tours. We started at Jorge’s Imperial (Calle 63 472-A, Centro. Tel. +52-999-928-5846. facebook.com/BarJorgesImperial-350640456175337), a traditional gay cantina in the heart of downtown, with budget-friendly drink prices, drag shows, and traditional Mexican snacks including pork rinds, fruit, and spicy peanuts.

Next, we peeked in the window at La Negrita (Calle 62 #415 Centro. Tel. +52-999-267-9582. facebook.com/LaNegritaMerida), a decidedly hip cantina with artisanal beer, live music, and a lively vibe. It’s so popular with locals and travelers of all stripes that it’s wise to arrive early on weekends to avoid the line to get in.

Our next stop was Casa Chica (Paseo de Montejo 498, Centro. Tel. +52-999-233-8751. facebook.com/casachicabar/), a stylishly casual bar and restaurant with indoor and outdoor seating. Since it’s located on the grand boulevard called Paseo de Montejo, the seats outside are especially good for people watching.

Other noteworthy nightspots include La Fundación Mezcalería (Calle 59 #509, Centro. facebook.com/LaFundacionMezcaleriaMerida), which specializes in mezcal and features live DJ music. On my own, I visited Papis (Calle 72 #400B por 33A y 33B, Centro. Tel. +52-999-268-8316. facebook.com/papismerida) a popular LGBTQ bar with indoor and outdoor seating and lively dance music provided by local DJs.

In addition to nightlife outings, Merida Gay Tours offers services including daytime city tours, guided tours of the region’s legendary Mayan ruins, and excursions to cenotes, the sinkholes that are among Mexico’s most beautiful places to swim. If you stay in an Airbnb, the company can even arrange a customized culinary program and send a chef right into your home to prepare a private meal. In addition, the company will soon begin offering LGBTQ destination weddings now that same-sex matrimony is legal in the state of Yucatan.

What’s New in Merida
Yucatan’s capital may date back centuries (it was founded in 1532 on the site of the Mayan city of Tho, which dates to the 13th century), but the city offers an array of new reasons to visit.

It’s now easier, for example, to get a glimpse inside the glorious mansions that line Paseo de Montejo boulevard. In the late 19th and early 20th centuries, wealth flowed into the city, largely due to revenue from the production of henequen, an agave plant whose leaves are used to create rope and twine. Many families that made their fortunes from henequen hacienda plantations that dot the countryside built fabulous homes on this most prestigious boulevard, taking architectural and design cues from Europe, a major market for henequen products. Today, an increasing number of these former homes are open to the public. 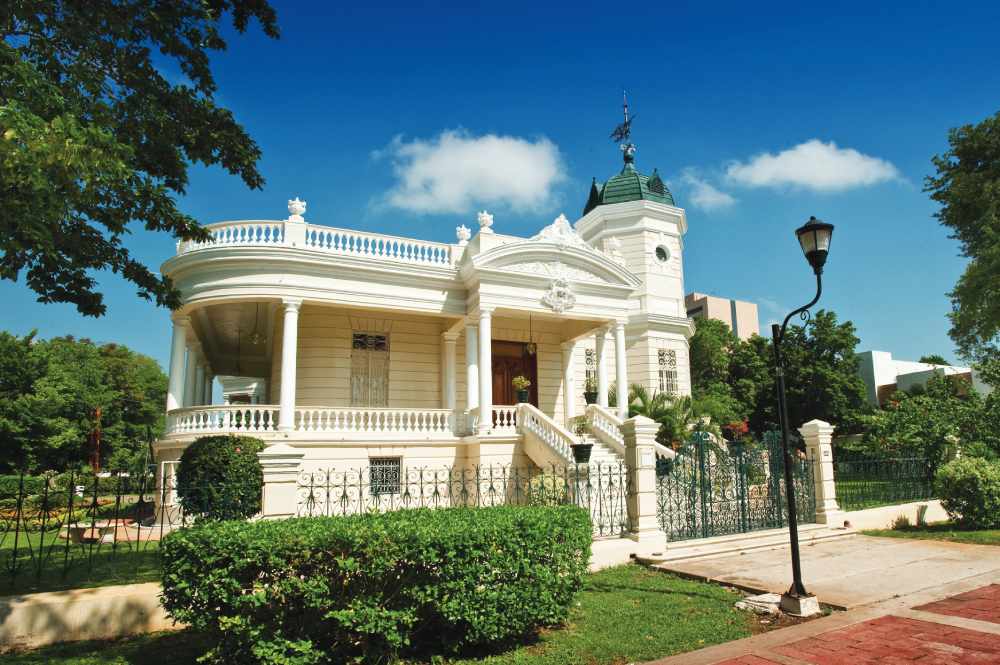 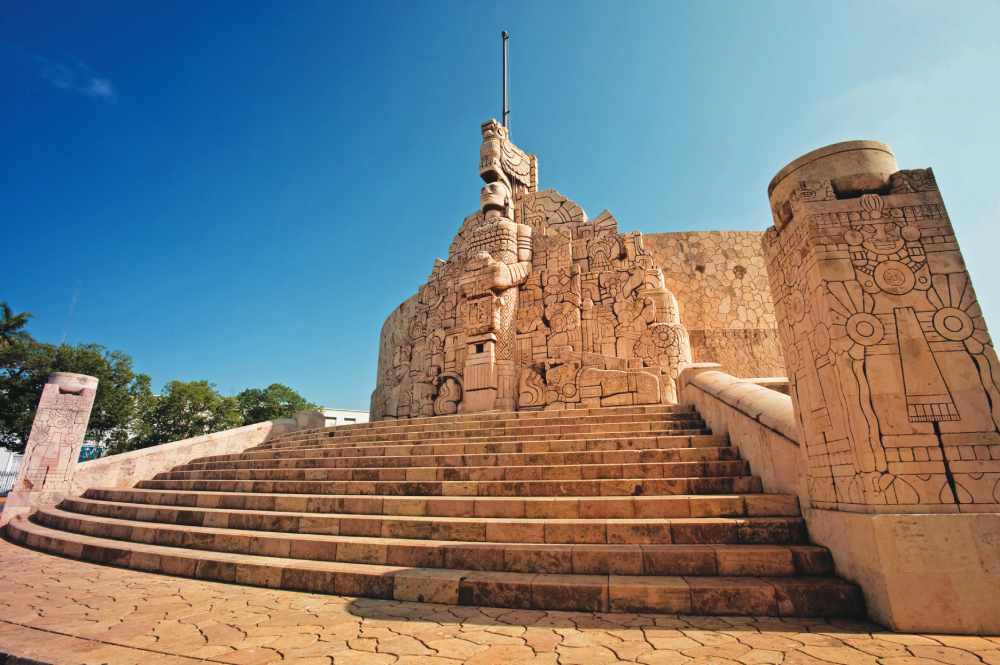 Even with all of the European-influenced architectural statements on this boulevard, you can still find an impressive nod to the region’s earlier history: the Monumento a la Patria, a striking example of neo-indigenist or neoMaya design, built between 1945 and 1956 as a monument to the nation. 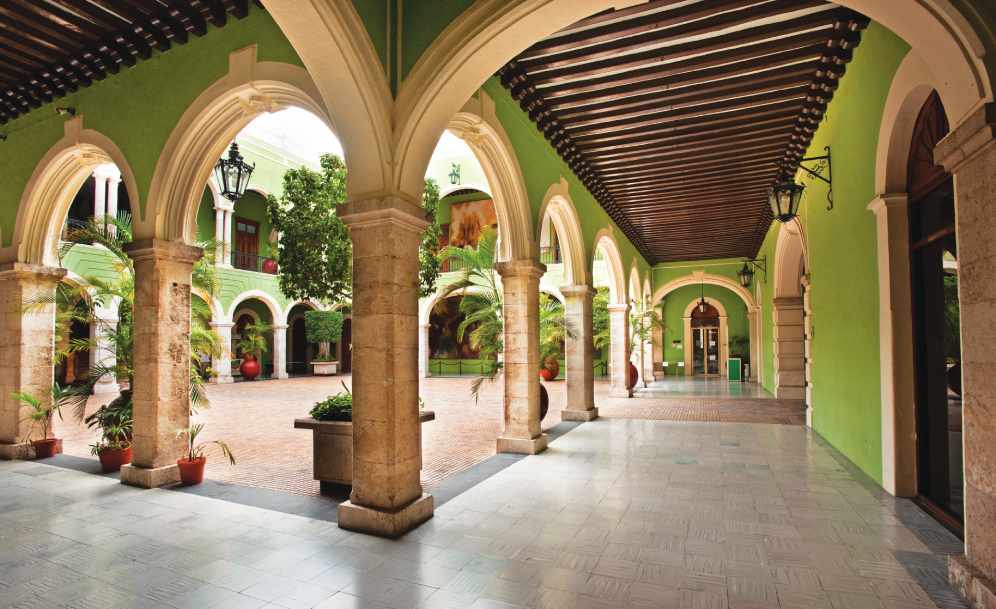 Awareness of Merida and the state of Yucatan continues to grow, as travelers increasingly look for unique experiences off the beaten path and away from the crowds.

Historic downtown Merida is a must-see as well. A lovely central plaza, the Plaza Principal, serves as a green hub for the city and its square one for getting to know Merida. Several important landmarks flank the plaza, including the San Ildefonso Cathedral, which was built over some 40 years in the second half of the 16th century, partially using stones from sacred Mayan temples; the Palacio Municipal, a city hall that dates to 1836; and the Ateneo Peninsular, a building that was once the official home of the city’s bishops. On the southern side of the square, Casa de Montejo, built by Francisco de Montejo y León, the city’s founder, was once the home of conquistadors who trampled the local population to set up a Spanish settlement.

Downtown can also be a great place to enjoy live entertainment. The Teatro José Peón Contreras (Calle 60 #463. Tel. +52-999-923-1333. sinfonicadeyucatan.com.mx), a beautiful theater built between 1900 and 1908, hosts performances by the Yucatan Symphony Orchestra and other performers.

Dining and Shopping in Merida
Mayan influences are deliciously evident in the region’s mouthwatering cuisine. Top choices include cochinita pibil (marinated pork), sopa de lima (lime soup made with chicken broth), and poc chuc (barbecued pork). You can sample some of these delicacies while also learning about their history at the Museo de la Gastronomia Yucataca (Yucate can Gastronomy Museum, often called by its initials in Spanish, MUGY) (Calle 62 #466 x 55 y 57, Centro. Tel. +52-999-518-1645. mugy.com.mx), where the extensive menu and historic architecture is complemented by exhibits about the history of Yucatecan cuisine.

For postcard-worthy views of the city, consider dining at Picheta (C. 61 501, Centro. Tel. +52-999-506-0339. picheta.mx), a trendy, multi-level restaurant that sits on the main square. Its menu offers a contemporary take on Mexican and international cuisine, and the rooftop bar and dining area offer spectacular views of the square and the cathedral.

For a casual but stylish vibe and excellent Mexican cuisine, head to Micaela Mar y Leña (Calle 47 458, Centro. Tel. +52-999-518- 1702. restaurantemicaela.com), which is a lively place for dinner, or take a table outdoors at the even more casual Cafeteria Impala (Calle 56 A 500 x 47 y 45, Centro. Tel. +52-999-923-8196. facebook.com/CafeteriaImpala), a local favorite for comfort food like Serrano ham sandwiches, hamburgers, pancakes, and homemade horchata rice drinks.

Where to Stay
Merida offers accommodations to satisfy a variety of tastes and budgets. One of the newest hotels in the city is Wayam Mundo Imperial (Av. Colón 508, García Ginerés. Tel. from USA 844-861-6960. mundoimperial.com/wayam), a modern property that’s billed as the first hotel in Merida to receive LEED certification.

Heading outside of the city, you’ll find a number of historic haciendas that have been recast as top-of-the-line luxury hotels. Hacienda Xcanatun by Angsana (20 Street s/n, Xcanatún. Tel. +52-999-9302140. habitat.banyantree.com), a member of the luxurious Banyan Tree portfolio, is the closest to the city of Merida. Chablé Yucatan (Tablaje 642 San Antonio Chablé. Tel. +52-55-4161-4262. chablehotels.com/yucatan), a member of Leading Hotels of the World, is another top choice.

It’s easy to find English-language travel information about Yucatan, thanks in part to the large number of expats from the United States and other countries who live there and maintain websites and newspapers. The Yucatan Secretary of Tourism (Calle 5-B 293, Revolución. Tel. +52-999-930-3760. yucatan.travel) maintains a helpful website, and you can also refer to English-language local media sites like the Yucatan Times (theyucatantimes.com),and Yucatan Magazine (yucatanmagazine.com).

Exploring the Region
There are many reasons to stay in Merida, but there are also lots of reasons to leave town for a while. The city, in fact, serves as an ideal base for exploring the wonders of Yucatan, including world-famous Mayan archeological sites like Chichen Itza, a spectacular UNESCO World Heritage Site, and Uxmal, which recently updated its evening sound and-light show to make it even more engaging and dramatic. Cenotes, the magnificent sinkholes that are ideal for swimming, are also popular day trip excursions. Among those open to the public is a site called Los 7 Cenotes San Gerónimo (office address 22 st, #98, 15 and 17 st, Itzimna, Mérida. Tel. +52-999-645-5722. los7cenotes.com).

Several new tourism developments promise to add still more dimensions to the Yucatan travel experience. One of the newest attractions is Xibalba (Tel. 855-326-0682. xibalba.travel/en), an ecological park slated to open this year as part of Grupo Xcaret, the company that owns popular attractions like Xcaret, Xel-Ha and Xplor in the Riviera Maya, as well as the upscale resorts including Hotel Xcaret Mexico, Hotel Xcaret Arte and La Casa de la Playa. The new Xibalba park, located near Valladolid, features eight cenotes linked by an artificial river.

Another major development is the ongoing construction of the Mayan Train, a brand-new rail system that, according to the plan, will eventually link five states in eastern Mexico, including Cancun, Playa del Carmen, Tulum, and multiple destinations in Yucatan. A final completion date has yet to be announced, and while some are concerned about the negative effect the train may have on smaller communities and the environment, others are seeing it as a way to build tourism in the region.

Those looking for a decidedly eco-friendly route through Yucatan should consider a trip along El Camino del Mayab (Tel. +52-999-194-7437. caminodelmayab.com), a hiking and biking trail that debuted in 2020 and runs more than 60 miles through the state. I hiked along just a small part of the trail, which connects 14 communities and passes through small towns and former hacienda properties, with miles of beautiful countryside in between each stop. You can register for anything from a one- to five-day trek, and even rent a bicycle and buy a package that includes food and accommodations. You can tailor the experience to fit your style by choosing private home stays, small hotels, or camps along the way. Travelers along the trail even get a “passport” that gets stamped at every community visited.

Considering the wide array of attractions, activities and experiences spread around the state of Yucatan, tour operators are generally the easiest way to help plan your visit. In addition to Merida Gay Tours, which offers excursions around the state, I also traveled with Via AlterNativa (Tel. +52-999-277-1878. viaalternativa.com.mx), a company that focuses on sustainable tourism and community-based experiences. 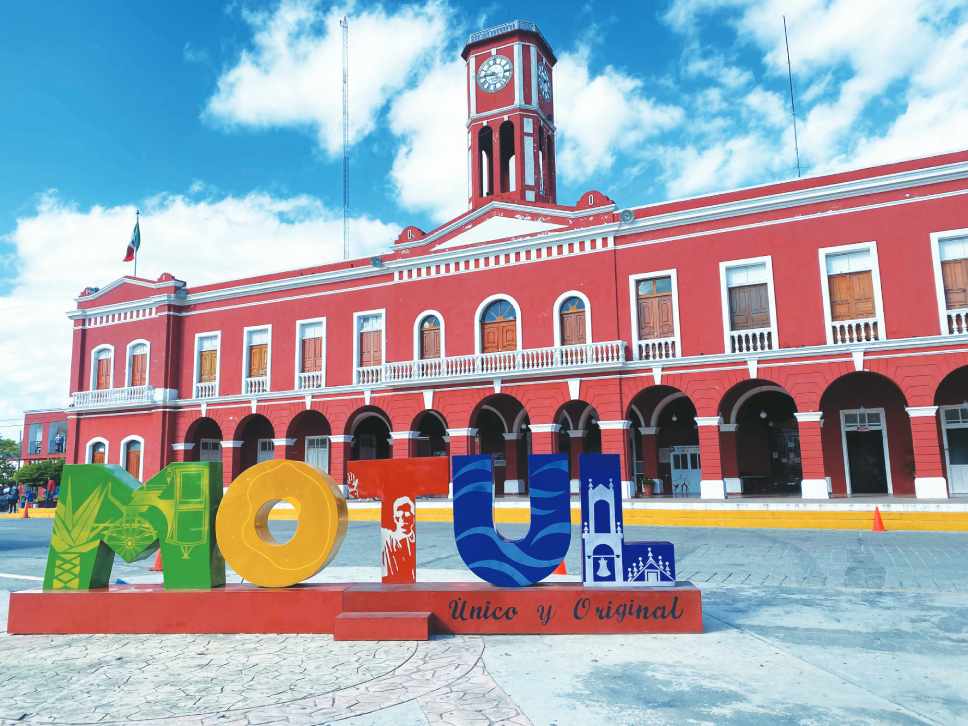 Since Via AlterNativa partners with multiple local cooperative organizations, I was able to meet locals and have a variety of memorable experiences around Yucatan, including a tasty breakfast at a market in the tiny town of Motul, a home-cooked lunch at a local home, a boat ride through unspoiled mangroves in the town of San Crisanto, and a trip to Apiturismo Sinanche, an apiary where I joined a guided tour focused on the ins and outs of raising bees and producing honey. The stingless, endangered Melipona bees, which were raised by the ancient Mayan people, are still an important source of honey for the region, and I enjoyed sampling several different types of honey and also learning to make a candle from honeycomb. 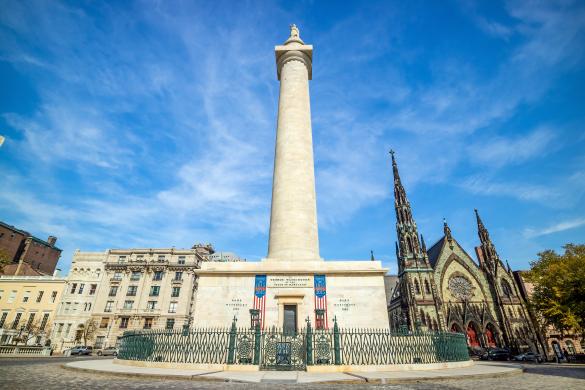 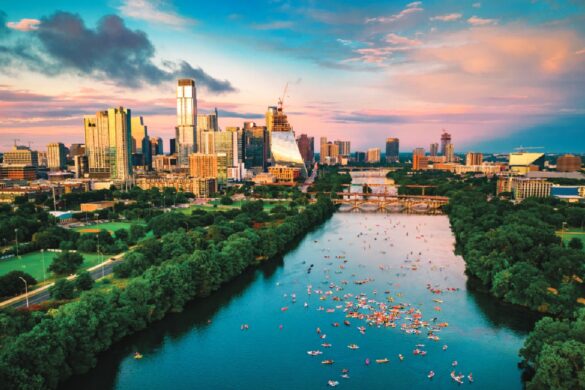 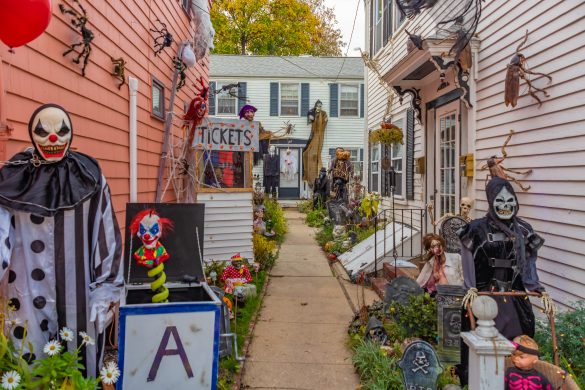