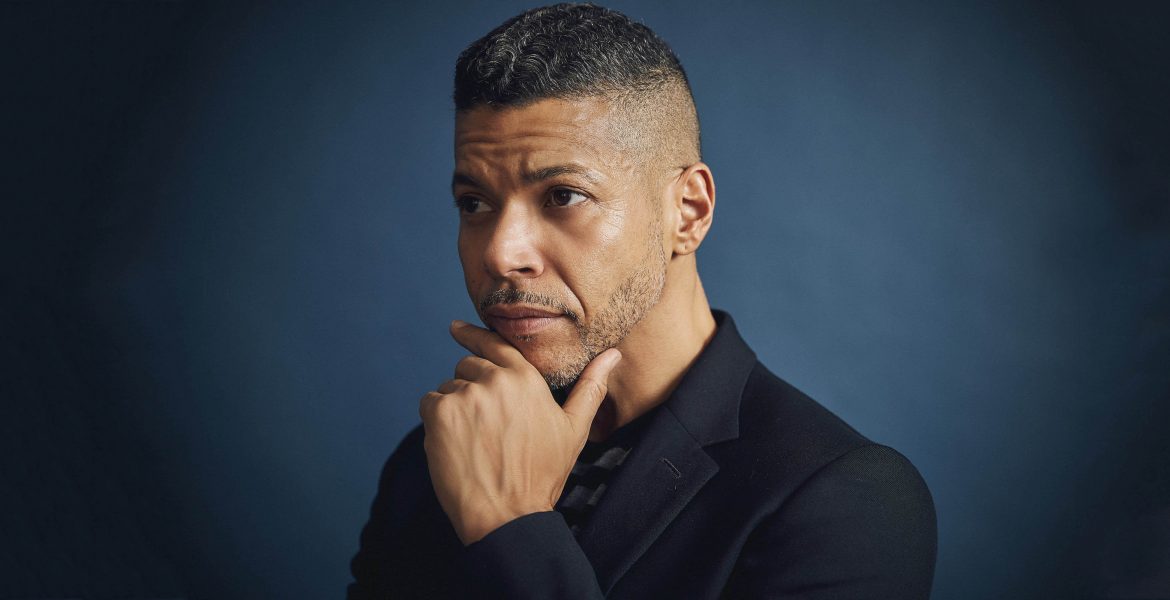 Star Trek: Discovery star Wilson Cruz is a trailblazer in LGBTQ representation on TV, stage, and screen, and that’s just part of his amazing career.

During his interview with Passport, Cruz proved smart, witty, and wickedly funny as he talked about his career, travel, and recent move into producing with the extraordinary Apple TV+ series Visible, which traces the history of LGBTQ representation on American television with movers and shakers including Ellen DeGeneres, Billy Porter, Lena Waithe, Tim Gunn, and fellow exec producer Wanda Sykes. 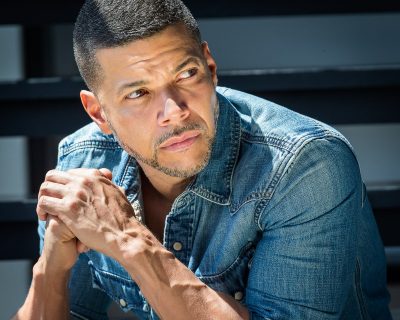 Visible features so many incredible clips from TV over the decades, including truly obscure, forgotten ones. What was the craziest thing the research team unearthed?

On a personal level, I knew I was the first gay teen on prime time TV, but I didn’t know I was the first openly gay actor to play an openly gay series regular on TV. I was like, ‘really, it took until 1994 for that to happen?’ That was surprising. And that the word “homosexual” was first spoken on TV during the 1954 Army-McCarthy hearings. That was new information to me.

Did anything in Visible provoke a flood of memories for you?

Yes, so many things. When watching the clips, I remembered seeing the 1985 TV movie about AIDS, An Early Frost, with my mother…and [having] a very awkward feeling. Me assuming she knew I was gay, and that she probably was thinking, ‘this is going to happen to my son.’ Those were the messages in the media, right? These people are perverts and disgusting and this disease is killing all the right people. But this was the first time we saw a sympathetic person living with HIV, and to sit on the couch with my mother there was a tension in the air, and at the same time I was thinking, my god, can this man [star Aidan Quinn] be any more beautiful? I was a teenage boy! 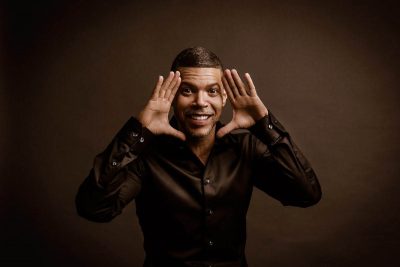 Has there ever been talk of a follow up series or movie to My So-Called Life? Almost the entire cast did a reunion via Zoom in mid-April, and we’ve seen Will & Grace and The L-Word return in recent years.

Since the moment we stopped airing there has been a call for some reboot or another. And I’ve been on record that if that was ever an opportunity I would happily revisit it. I think it comes down to whether Claire Danes wants to, because we can’t do it without her. And we have an Oscar winner [Jared Leto] in our cast now, so I’m sure we’d have to work around that schedule.

Where do you think your character, Rickie, would be today?

Oh, I think Rickie Vasquez is at the height of his fashion designer career living the most fantastic gay life in NYC, looking out the window of his Soho apartment. I picture a world in which Rayanne and Angela come to the debut of his fall line in NYC. He has truly risen to the occasion.

What’s the best thing about having fellow RENT alum Anthony Rapp as an onscreen husband in Discovery?

That you also get a lighting apparatus. He’s very bright! One of the whitest people I know, so they can actually bounce some light off him and light me better. I tease. The best thing about working with Anthony, and this is the honest to goodness truth, is in TV you work really fast and have to hit the ground running. And to play the first gay couple in a Star Trek TV series, you would hope these people have some chemistry and can really sell the fact they’re in a long-term relationship. We didn’t have to try hard to pretend to love each other and we’ve known each other for so long that made it so much easier. We brought our own history to these roles, and it’s the easiest job I ever had. He’s a brilliant listener and I trust him implicitly.

Although I know you can’t really share any details, what can you tell us about Star Trek: Discovery season three and Dr. Hugh Culber’s arc?

We just finished principal photography, so it’s done and they’re putting it together. I know it will be out later this year and that’s all I know.

What’s the coolest thing about the Discovery spacecraft set? Do any of those cool gadgets actually do something?

No, none of those gadgets do anything. (laughs) I have to be honest! But the set is so immersive. I remember my first day, you can really get lost in those corridors, so you really do feel like you’re on a frickin’ starship in the middle of space. It encloses you. So the suspension of disbelief is a lot easier. 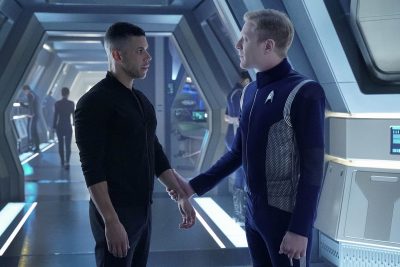 Uh no. (laughs) I’ve avoided it. Mainly because from what I’ve seen it can be really explicit, so I’m thinking I’ll let you all have that and enjoy it in your corner. My favorite ship fanfic, though, is the Captain Pike-Spock stuff. It is hilarious, and it’s more like fan art than text. Interesting stuff there.

You’ve been to outer space in a few projects now. Would you actually like to do an interstellar trip?

Oh, I absolutely would, but I would let 100 people do it before me just to make sure it’s safe.

In the sci-fi movie Supernova, your character dies, which was so sad, and I noticed you actually get killed off in a number of movies. Do you like dying?

I do die a lot. I asked the director Walter Hill, ‘why do I keep getting hired to get killed off?’ And he said, ‘people like you, so they like to see you die! There’s a real emotional punch when someone like you dies.’

Space aside, what’s the most far flung place you’ve traveled for work?

I hadn’t left North America until last year! I wasn’t in a position to travel on my journeyman actor’s salary before now. I made my first trip to Germany last summer, and went to Berlin. Earlier this year I went to London for the first time. Germany was amazing. I can’t wait to go back. And I really fell in love with London and I look forward to meeting my [future] husband in Spain!

Where would you love to go for a vacation? 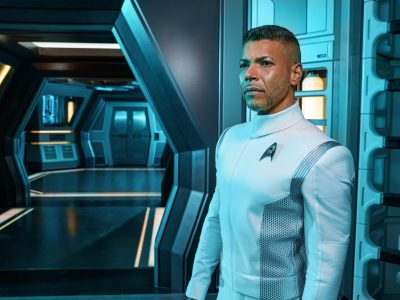 You’re in amazing shape, and certainly aren’t shy about letting us know on social media! What’s your advice for working out when on the road or stuck in a hotel room?

You have to be creative with hotel gyms. A cable machine is your best friend. Because you want to create enough tension, that’s how you build muscle. And yoga. So if you have a cable machine, an ab wheel, and a yoga mat, you can get an amazing workout.

What do you always pack?

I know this is such a frickin’ gay thing to say, but I don’t leave the house for a long trip without my ab wheel. It’s such a full body workout and it collapses so you can pack it easily.

With the way you preceded your answer, I expected you to say a copy of Mariah Carey’s Glitter.

Not that one! I remember going to the movie theater and Bruce Vilanch was in line to see Glitter, and I asked what he’s going to see and he pointed to the poster and said, ‘Gutter.’ And if you looked at the poster, the L and the I in Glitter made a U. But I digress.

Have you ever been approached to play a role that you turned down?

Joel Shcumacher made a film called Flawless and there was a series of drag queen roles, and I just finished playing Angel in RENT on Broadway. Joel wanted a meeting with me and he offered this role. It would have been a big paycheck, but I really felt I didn’t need to play another drag queen ever again. I think I’ve done that. I’m good. And he was going on and on about my performance, and I got the impression he was talking about Wilson Jermaine Heredia [who originated the role], because we have the same first name. So I said, ‘I’m Wilson Cruz. I didn’t originate the role!’ He said, I know who you are! But to this day I still think Joel thought I was Heredia, because when I turned him down, he ended up casting Wilson Jermaine Heredia!

If you could play any real person in a biopic, who would it be?

Prince. I think he was a fascinating bundle of contradictions. What interesting and rich possibilities for an actor to delve into. There’s so much we don’t know about him and his genius. He’s an American story. Rags to riches. A cultural icon. I have reverence for him, but I also think there’s a human story that hasn’t been told.

Has there been any talk of a sequel series to Visible that would cover movies?

No. There have been rumblings about other possibilities, [including] another country’s evolution in TV, or even another form of media in terms of how it was affected by the LGBTQ community and movement. I’m a producer now! I like getting things done. I’m one of those people who likes to cross things off a list and it’s the job of a producer to produce. I like bringing people together to create something they can be passionate about, and I think I also have a unique perspective and can represent an audience that hasn’t been catered to.

You may also  enjoy our interview with Anthony Rapp