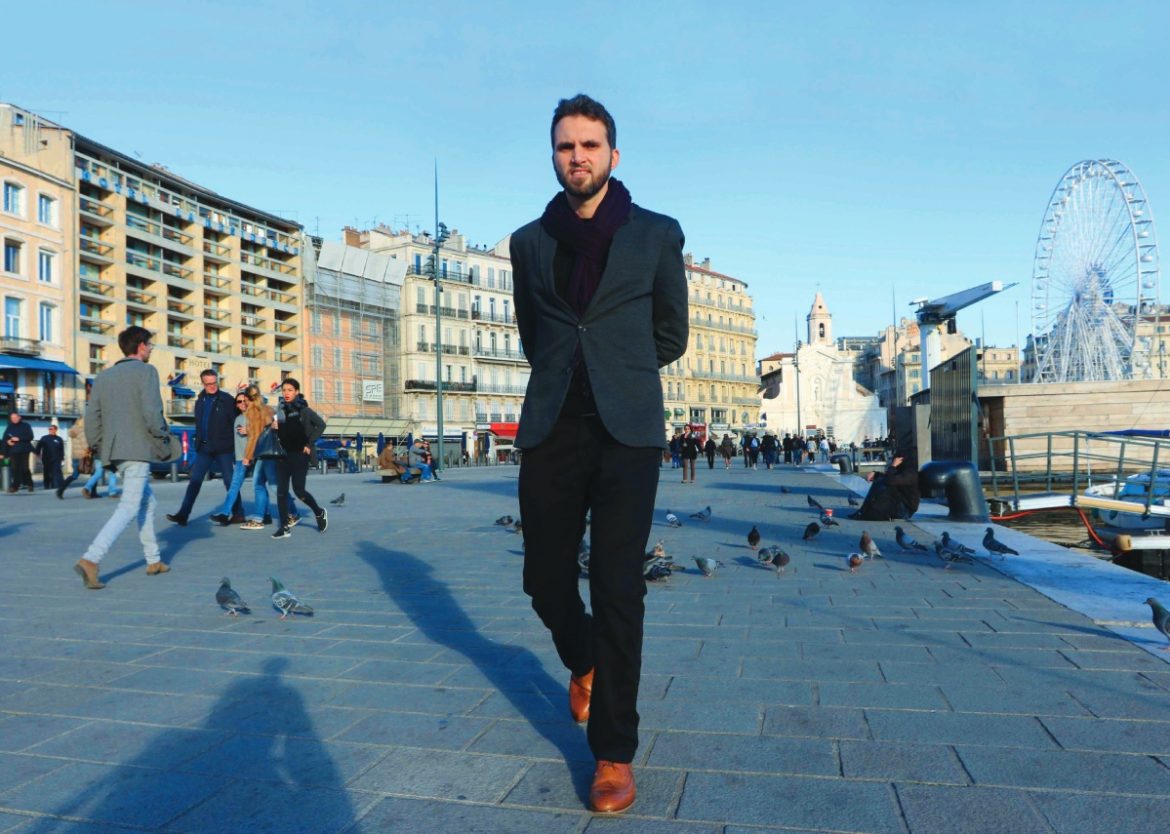 After acquiring French citizenship and adopting the name Ludovic, at the age of 21 he came out to his family.

Ludovic performed a marriage ceremony for two Muslim Iranian women in Stockholm, prompting some Algerian Salafists to demand that his Algerian citizenship be revoked.

For many people, being gay and Muslim seems oxymoronic, incompatible to be openly both. But Ludovic Zahed, the first out gay imam in Europe and one of the first openly gay Muslim clerics in the world, has made it his life’s mission to bridge the gap between the two seemingly disparate worlds by challenging the dominant, closed-minded, intolerant interpretation of Islam. It took him many years to stitch the two realms back together and make peace within himself.

Born in Algeria in 1977, Mohamed Lotfi Zahed recalls growing up as a “very shy and effeminate child,” who had a sense that he was both a boy and a girl. “At first my father thought it was an illness, then thought it was just a phase,” explains Zahed, a slight man with an intense demeanor. “My brother would call me nasty names and often beat me up, so my early life was violent and complicated.”

At the age of twelve his homosexuality was awakened when he started having feelings for an older friend, then later as a teen Zahed dated a Frenchman. When he was a teenager, he became curious about Islam, and joined the young Salafi Brothers (they believe Prophet Mohammad is a mere human being; while Sunnis believe he’s an enlightened soul) in the mosques where he learned Arabic and memorized the Quran. “Unfortunately, all the beautiful philosophy of life contained in Islam was tainted by an ideology that is contrary to religious spirituality.”

When he finally accepted being gay and began exploring his sexuality while at university in Algeria, he felt he had to leave Islam behind.

After acquiring French citizenship and adopting the name Ludovic, at the age of 21 he came out to his family.

Despite hailing from a patriarchal and macho society where issues of sexual minorities were not discussed publically, or within his family, his mother and father did make an effort to understand and accept Ludovic. “My parents are more open than most, but they have had to cut off many members of their own families,” he explains. “My uncle, after having threatened me with death, then threatened my mother as well. She obviously hasn’t spoken to him since.”

“It was all very traumatizing for me,” recalls Ludovic. “I couldn’t really understand how my homosexuality could be so violently rejected, despite the fact I had done nothing wrong and was trying to live a good life. After reading and reflecting more deeply about who I was and why, I initially rejected my spirituality and my culture. I then concluded, however, that maybe there was a way to connect the two. That’s when I decided to dive into spirituality again, through the path of meditation and Buddhism.”

Subsequently he traveled to Tibet and witnessed homophobia there as well. He realized that the problem wasn’t just religious dogma or Islamn in particular, rather discrimination, prejudice, and ignorance. “When people are distraught, economically or mentally, they start discriminating and fighting between themselves, and minorities are the first ones to be attacked. Historically this has happened in many countries, timeframes. and contexts.”

Ludovic then decided to return to his Islamic roots and explore its teachings more deeply, but “The only representation of Islam I had ever experienced was a fascist, misogynistic, anti-semitic and homophobic one, which I strongly reject as representing my spiritual tradition that I believe is inspired by peace.”

The Quran states that men having sex with men is a punishable sin, but fails to state what the punishment should be, and adds that the repentant can be forgiven. It is only in the Hadith (later accounts of the sayings of the Prophet Mohammad) that it says the death penalty is proscribed. Mainstream Islam considers homosexuality a sin, and it’s a criminal offense in most Arab and Muslim countries, punishable by imprisonment or, as in Saudi Arabia and Iran, even death.

Islamic State groups such as the Taliban and ISIS have taken this to an extreme, relishing public beheadings or tossing homosexuals off of roof tops. This prevailing sentiment forces many homosexuals underground and into miserable marriages.

Despite the pronouncements of many Muslim scholars, the Quran and Hadith’s stance on homosexuality is far more complex than most Muslims realize. Mukhannathun, variously translated as eunuchs, hermaphrodites, effeminate men, etc. (comparable to Hijras, the recognized third sex in contemporary India.), are mentioned as companions of the Prophet. Although many of Mohammed’s followers disparaged mukhannathun, the Prophet not only tolerated them but protected at least one from a lynch mob, and employed another in his household. After the Prophet’s death, several mukhannathun played prominent roles in the life and culture of Medina.

Ludovic optimistically conjectures that if Mohammad were alive today, he would support same-sex marriage; a view likely disputed by many, if not most, Islamic scholars.

For centuries Arab-Muslim societies were more tolerant of homosexuality than European ones, but since the early 20th century, the tables have turned. Most Western countries have increasingly enacted LGBTQ-friendly laws, while homophobic views predominate in the Muslim world. One contentious analysis emerges from postcolonial theory claiming that westerners introduced homophobia into Islam, a culture that previously had neither a concept nor a problem with same-sex attraction.

After studying Islamic theology for five years, Ludovic completed his humanities doctorate on the topic “Sexual Minorities at the Vanguard of Changes in the Islam of France” and published his thesis on “LGBT Muslims facing Obscurantism and Homo-nationalism.”

Though in 2010 he founded the organization HM2F, Homosexuel(les) musulman(es) de France (Muslim Homosexuals of France), as well as the association for young French people living with HIV/AIDS (TMDES), his path to becoming a functioning imam was sparked from an unexpected direction.

A Christian LGBTQ organization approached him because a young, transgender Muslim woman who had joined their organization recently died and no imam would perform the traditional rite and prayers because she was trans. “They (the Christian group) knew I had studied theology and religion in Algeria, but this was the first time I had been asked to act as an imam. I had not reconciled with that part of my identity yet, and it seemed a huge responsibility,” explains Ludovic, who has journeyed to Mecca five times for the haj.

“I am a cisgender man, so when I go into a mosque, nobody bothers me, but transgender people do not have the same privilege. At that moment, I knew I had to do something about this.”

As a result, in 2012 he founded Europe’s first inclusive mosque in Paris, open to all and everyone without discrimination. Many LGBTQ people who had been traumatized from religious Muslim spaces throughout their lives, suddenly felt accepted. Its opening was met with mixed response from the France’s Muslim community; the spokesman for the Grand Mosque of Paris decried that Ludovic’s prayer room was “outside the Islamic community” and that “the Quran condemns homosexuality.” Now, a decade later, numerous inclusive Muslim communities exist around the world, in Western Europe, the United States, Canada, Indonesia, South Africa, and even in Tunis.

“I was the first gay imam in Europe, and for a number of years there were just two others, Daayiee Abdullah in the USA and Muhsinh Hendricks in South Africa. Now I know of about a dozen gay imams around the world. Today we all training more and more inclusive imams, men and women, gays, trans, or heterosexuals, to include everyone in their prayers.”

While at a conference in South Africa in 2011, Ludovic met Qiyaammudeen Jantjies-Zahed, also a Muslim, and later decided to get legally married there. (Gay marriage in France was legalized in 2013.) “After a few years my mother told me they understood that my sexuality was normal. They just wanted me to be meet someone and be happy,” Ludovic shares.

He continues by explaining that Islam does not require an Imam to preside over a marriage. Rather, it’s two people who come to an agreement and speak aloud their commitment. The presence of imams at wedding is solely because of cultural tradition. In 2014, Ludovic performed a marriage ceremony for two Muslim Iranian women in Stockholm, prompting some Algerian Salafists to demand that his Algerian citizenship be revoked. Now, he cannot return to Algeria because of possible imprisonment.

“Personally I have received quite a lot of threats, but many more people came to encourage me…saying you are an embodiment of real Islam,” Ludovic recounted.

He eventually founded the CALEM Institute (Confederation of Associations LGBT+ Euro-Africans Muslims) in downtown Marseille which offers retreats, an emergency shelter for LGBTQ people, and psycho-spiritual counseling. Ludovic is currently focusing on the education of young imams (men, women, gays, trans and heterosexuals) and is always pushing for a more progressive Islam.

He is convinced that Islam will eventually be reformed and modernized through a combination of dialogue, government support for liberal mosques and organizations, imams trained to embrace democracy and human rights, and economic growth and political stability in the Arab World.

“Islam, just like any civilization, can be hijacked to produce a totalitarian ideology that needs to find scapegoats and dehumanize minorities whether it’s religious, ethnic, or sexual, and make examples out of them. The Islamic world has lost its way. One day, maybe, we will find a way to solve it. Insh’Allah.‘’ 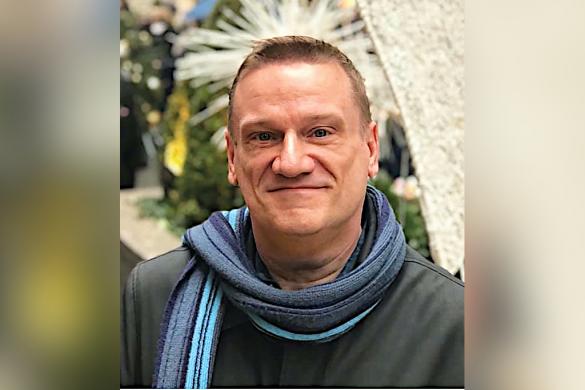 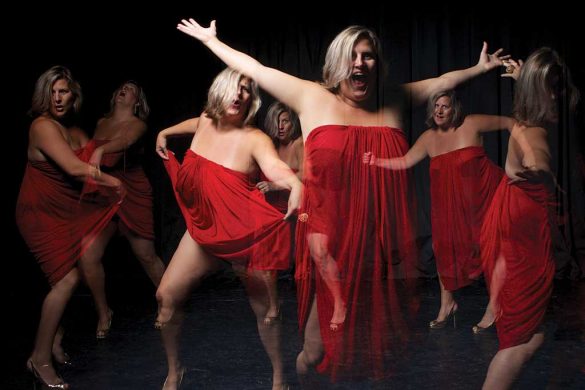 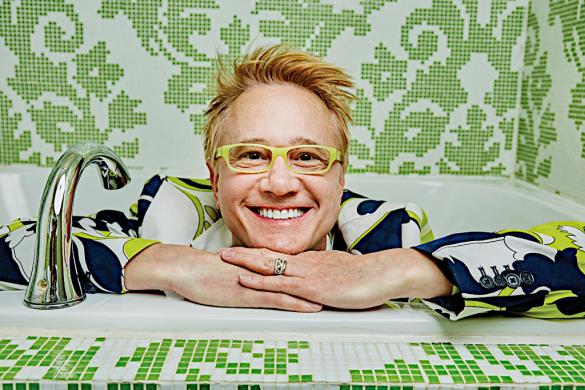 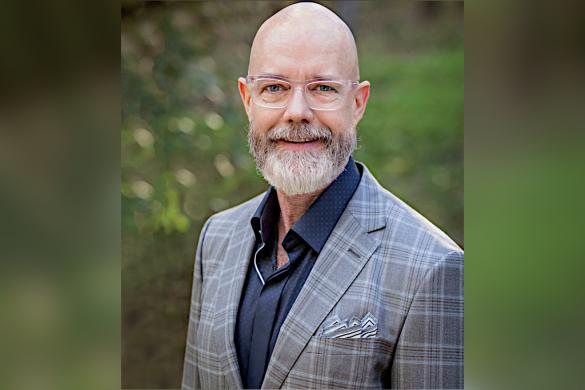 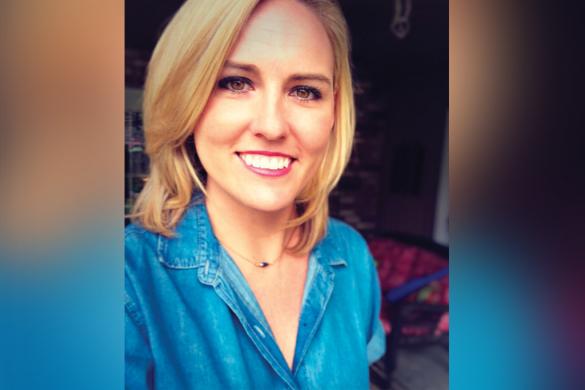