When Arizona native Sam Castañeda first visited Medellin in 2013, the South American city wasn’t exactly a gay vacation paradise. “There was nothing for gay travelers or gay foreigners,” he recalled. Nevertheless, Castañeda loved the city so much that he not only extended his stay, he moved there permanently. He also founded Out in Colombia, the nation’s first LGBTQ tour operator that’s focused on making the destination more accessible to foreign visitors.

Since his first visit, Castañeda said, Medellin has gotten even better. “Today there’s more social acceptance,” he explained. “People here are amazing, gay or straight. They’re so friendly. It’s a very welcoming and safe place, and a lot of fun.”

Medellin is much more than an increasingly gay-friendly hotspot for travelers from around the globe. Savvy travelers of every orientation know that Colombia’s second-largest city is no longer the “no-go” destination that drug lord Pablo Escobar called home. Medellin has sprung onto the world tourism map in recent years with a diversifying culinary and design scene, as well as new hotels and tours expanding their offerings like never before. 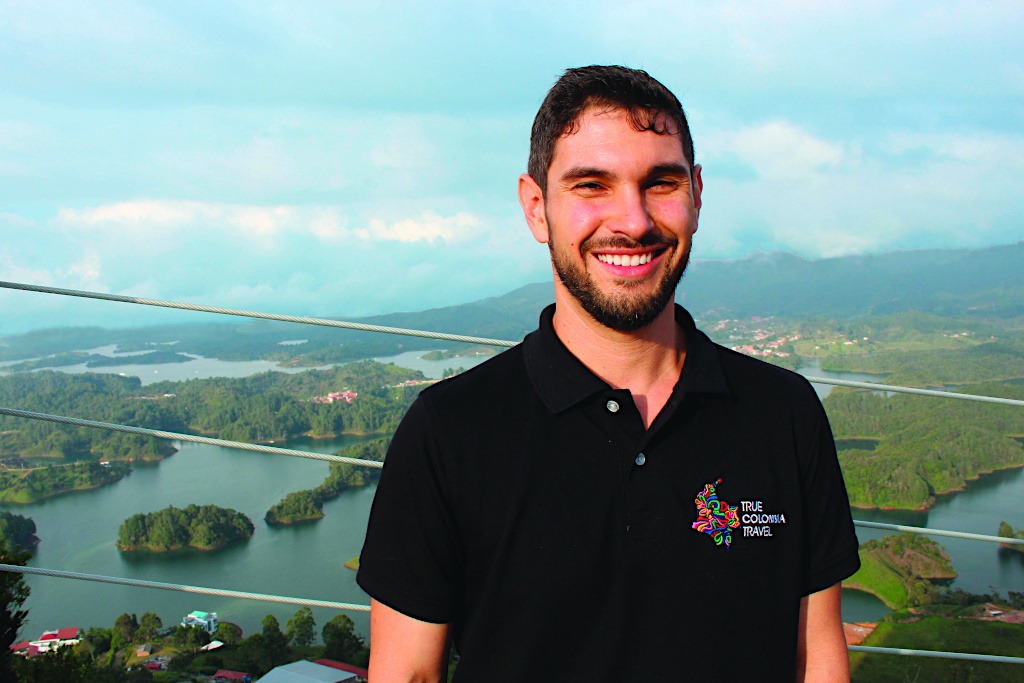 “We’re in style now,” said Julio Casadiego, general manager of Colombia Travel Operator, an affiliate of Viva Expeditions, which offers a variety of LGBTQ-friendly tours in Medellin and elsewhere in Colombia. He credited the Netflix series “Narcos,” which focused on the life of Escobar, for making the public more aware of Medellin, although he added it wasn’t always positive publicity. “The Netflix series put us on the map,” he said. “But we’re much more than a city of narcos. That series is bullshit.”

Today, so-called “narco tours” are still popular, and even regular city tours take in some sites affiliated with the drug kingpin who died during a shooting in 1993. But the city is moving on. The Monaco, an apartment building that Escobar owned and lived in, which still attracts tourists, is slated for demolition. And another Escobar-owned building, the Dallas,
has been reborn as an attractive hotel called the Viaggio.

There is still plenty of interest in Medellin’s difficult past, to be sure, but visitors are balancing that curiosity with decidedly forward-thinking activities like art and design tours that provide access to the city’s museums, galleries, and burgeoning fashion scene (you may be wearing clothes made or designed in Colombia right now, without knowing it). People are also savoring the creations of local chefs and spending the evenings enjoying the thriving LGBTQ nightlife. Medellin has blossomed into a multifaceted place to vacation, and there are many ways to enjoy it.

The climate here is also a big draw for travelers. Set scenically in the foothills of Andean mountains, Medellin is known as the city of eternal spring, thanks to its year-round good weather, with temperatures that average between 60 and 80 degrees. As the capital of the Antioquia province, Medellin is also a gateway for exploring the region’s picturesque mountains, valleys, coffee plantations, and flower farms. The city and the surrounding area are prime examples of Colombia’s growing allure as a tourism destination.