Indeed, Colombia is in growth mode when it comes to international tourism. Between January and May 2018, for example, the nation witnessed an increase of 38.1 percent in international arrivals compared to the year before, according to the nation’s Ministry of Commerce, Industry, and Tourism. The government was aiming for some $6 billion in tourism revenues for 2018.

The nation has also made progress when it comes to LGBTQ rights. Same-sex marriage was legalized in 2016, while discrimination based on sexual orientation was made illegal back in 2011. On the tourism front, the nation received the award for Best LGBT Destination at the Feria Internacional de Turismo (FITUR) in Madrid, back in 2017.

For LGBTQ travelers, Medellin is one of the best places to enjoy Colombia’s progressive, queer-friendly vibes. The Medellin Convention & Visitors Bureau reported an 18 percent increase in travelers from the U.S. between January and August of 2018, compared to the previous year, and LGBTQ travelers make up a noticeable percentage of those visitors, according to Maria Fernanda Galeano Rojo, Medellin’s secretary of economic development. In addition, she said that LGBTQ travelers spend about 30 percent more than their heterosexual counterparts, especially on activities related to culture and shopping.

“LGBT travelers, in addition to being attracted to the beauty of the destination, go to spaces that are designed for them, where they can get together with other people of the same orientation and spend their vacation in settings that are open to diversity,” Galeano said.

The Keys to the City
Visiting Medellin is getting easier. The city’s Jose Maria Cordoba International Airport, an efficient, mid-sized airport, is served by multiple airlines (including American, Avianca, JetBlue, United and Viva Air) with nonstop flights to mostly east-coast cities in the United States. A new tunnel under construction will nearly halve the 45-minute travel time between the airport and the city center.

Driving in from the airport, it’s easy to be awestruck by the first site of Medellin, which is set in a beautiful valley punctuated with a few high-rise buildings. There are several neighborhoods and great accommodation options around the city. On my most recent visit, I checked into a fabulous Airbnb apartment complete with doorman, rooftop pool, gym, and spectacular views, It was located in the area called Poblado, which is dotted with upscale shopping, dining, and LGBTQ nightlife options.

In previous visits, I’ve also enjoyed staying at several hotels in Medellin, and the options continue to increase. Upscale international brands like the InterContinental Medellin are reliable choices, while independent properties provide one-of-a-kind experiences. Among the most interesting are the Art Hotel, where exposed brick is the backdrop for a variety of original modern art; and the Charlee, which has rooms with names like “Aqua” (which has a Jacuzzi on the balcony) and
“Spice” (with a Teppanyaki grill on its balcony). 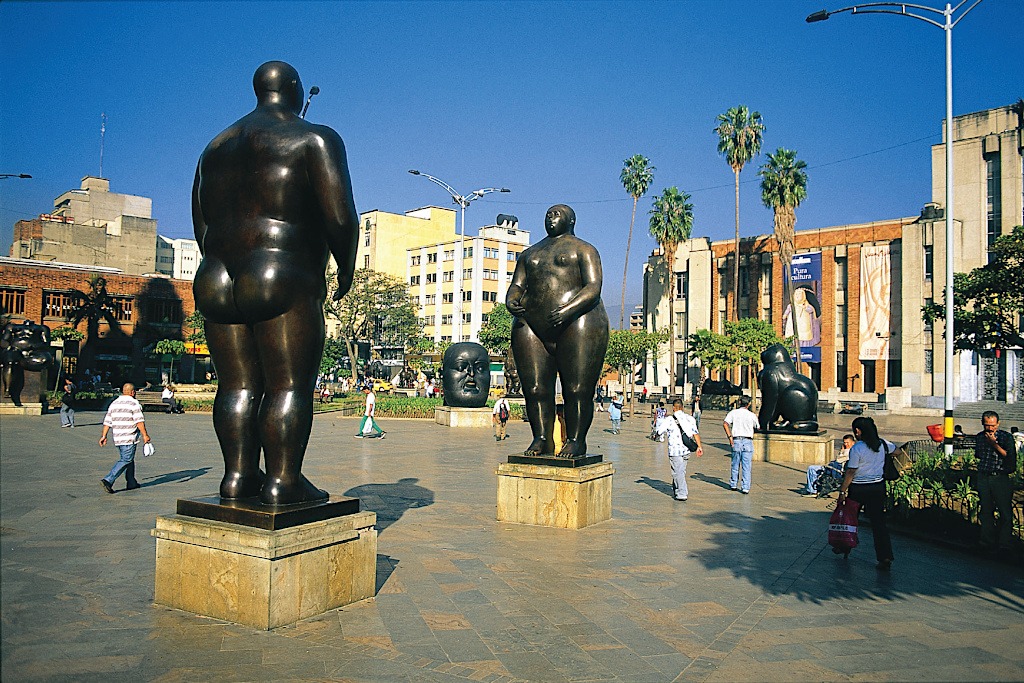 If faded-yet-pretty grande dames are your thing, consider a visit to Hotel Nutibara, which offered the most glamorous accommodations when it debuted downtown in 1945. The beautiful building was designed by U.S. architect Paul Williams, the first African-American architect certified west of the Mississippi, whose work also included eye-catching homes for Lucille Ball, Frank Sinatra, and Barbara Stanwyck, as well as a joint venture to create the iconic Theme Building at Los Angeles International Airport. The hotel itself is way past its prime, to be honest, but its location near a must-see collection of Botero sculptures makes it convenient to take a peek and appreciate the hotel’s historic value, even if you don’t stay there.

Medellin is gearing up for a variety of new hotels; properties in the works include Marriott’s trendy Moxy boutique brand, and by the end of 2019 Hilton will have two new properties: the Hotel Hampton by Hilton and Hotel Hilton Plaza Gracia. In addition, Click Clack, a trendy boutique hotel that already operates in Bogota, is to open a new property in Medellin in 2019. 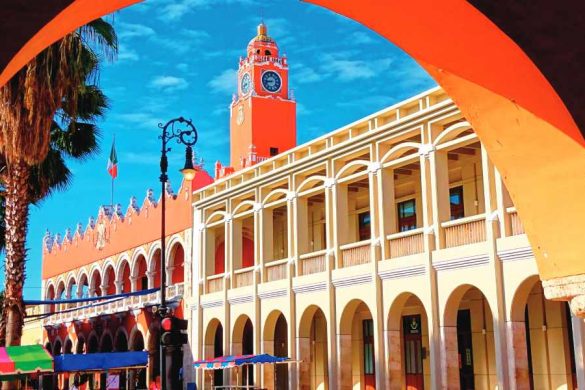