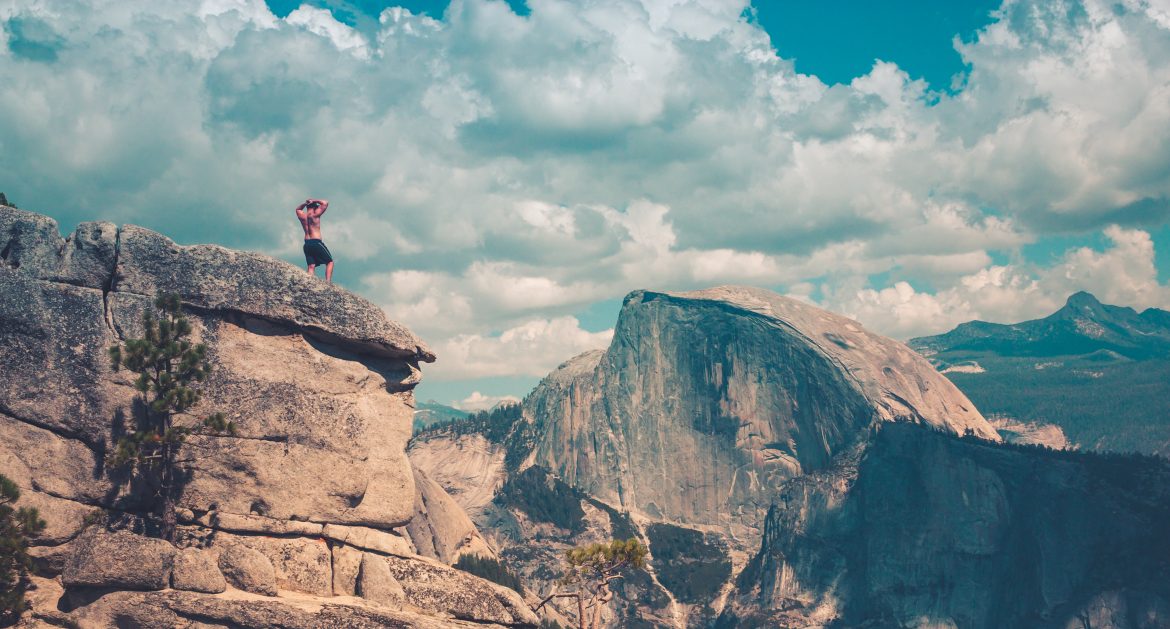 Now is the time for the world to get more acquainted with America’s National Parks. They’re gorgeous, rejuvenating, exciting, calming, and full of adventure, all at the same time. 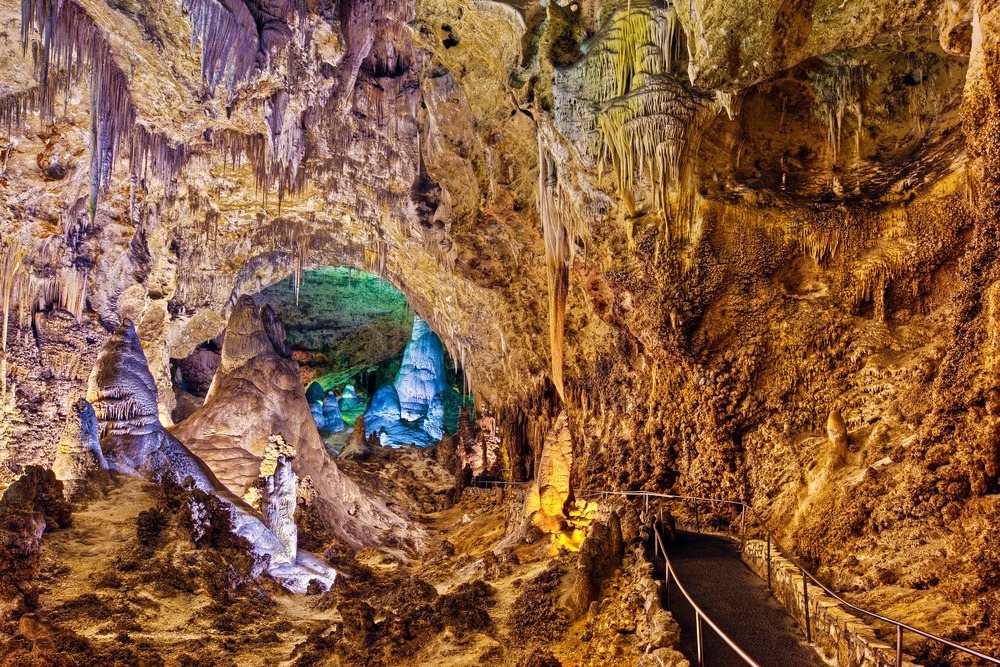 Very few National Parks can give you exciting adventures both above and below ground. The main attraction at Carlsbad Caverns is, obviously, the caverns! The main “Big Room” as it’s called, is a giant 4,000-foot-long limestone cavern that’s over 250ft high. Throughout the cave system, you can see stalactites and stalagmites abound, as well as stunning natural formations in the rock. Hikes go from easy, where you can walk on a paved path, to difficult, where you’ll need hiking boots and knee pads, and will be guided by a ranger. It’s an adrenaline rush you’ll never forget.

Above ground becomes its own spectacle at night. At dusk, the park holds viewing parties, where you can watch bats from the cave ascend into the twilight sky. Then, as the sun sets, stargazing becomes the main attraction. With the complete darkness of the desert sky, you’ll see more stars than ever before, along with numerous planets, and even the International Space Station. At dawn, you can also join park rangers to watch the bats descend back into the cave to sleep the day away. 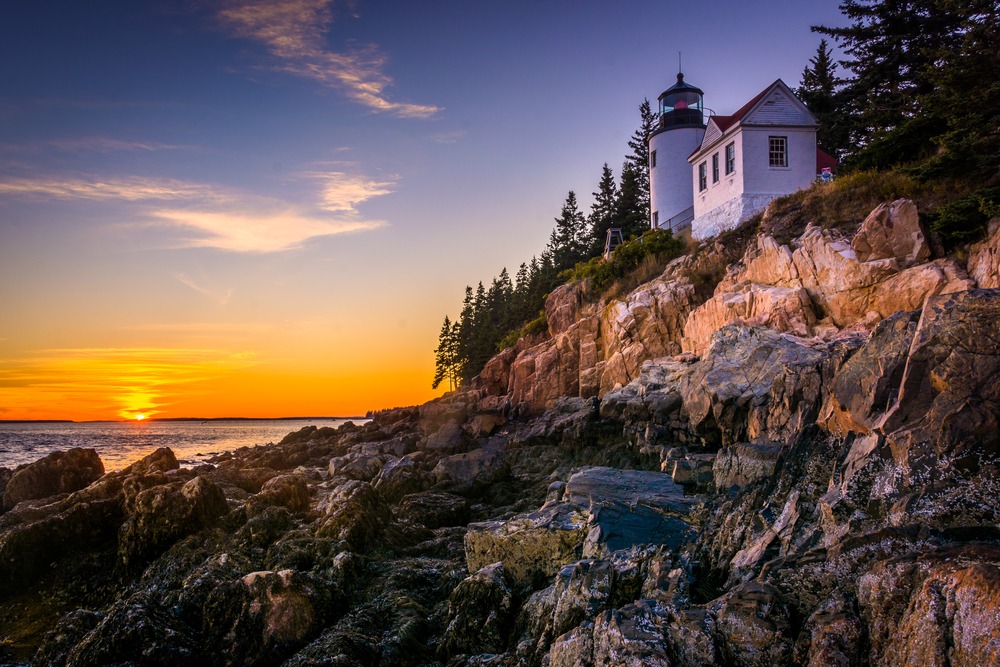 Acadia is the quintessential New England experience. From lighthouses on rocky cliffs overlooking the Atlantic Ocean to humpback whales splashing off the coast, it’s everything you could want from America’s Northeast. The park is great for scenic drives, hiking, and canoeing. It’s also loaded with tidepools. When the tide goes out, small fish, crabs, and snails end up in shallow pools of water, which are great for getting an up-close look at marine life. On land, you can find foxes, white-tailed deer, and if you look closely in rivers and streams, you can even find beavers and otters.

But being New England, every local will tell you the same thing: you need to visit during Autumn. Fall foliage in the Northeast is unparalleled, and visitors travel from every corner of the globe to take New England foliage tours, or as New Englanders call them, “Leaf Peepers.” 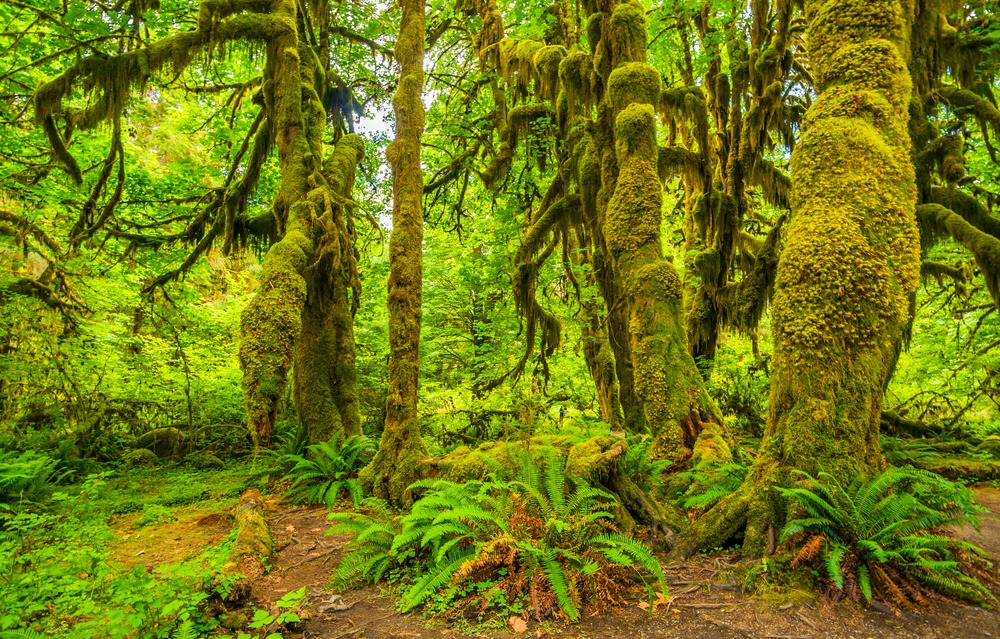 There isn’t enough time on your entire vacation to see everything Olympic National Park has to offer. The almost three-mile-long Blue Glacier keeps the top of Mount Olympus covered in snow and ice. As you descend from the rocky peaks, you see coniferous trees blending into sloping meadows. If you head westward down the mountains, you’ll wind up in temperate rainforests that receive more than 150 inches of rain per year. Keep going and you’ll find yourself on the Pacific coast, with beaches, tidepools, and whale watching. Finding so many ecosystems in one small place is extremely rare, which is exactly why Olympic was named a World Heritage Site.

While visiting Olympic, staying in the park’s Crescent Lake Lodge is not only a charming and rustic experience but also a historical one. In 1937, President Franklin D. Roosevelt stayed at the lodge while investigating a proposal to create a giant National Park to protect the Olympic region. After his visit, he signed the park into existence (and its boundaries now encompassed the lodge.) Today, the lodge is on the list of US Historic Places. 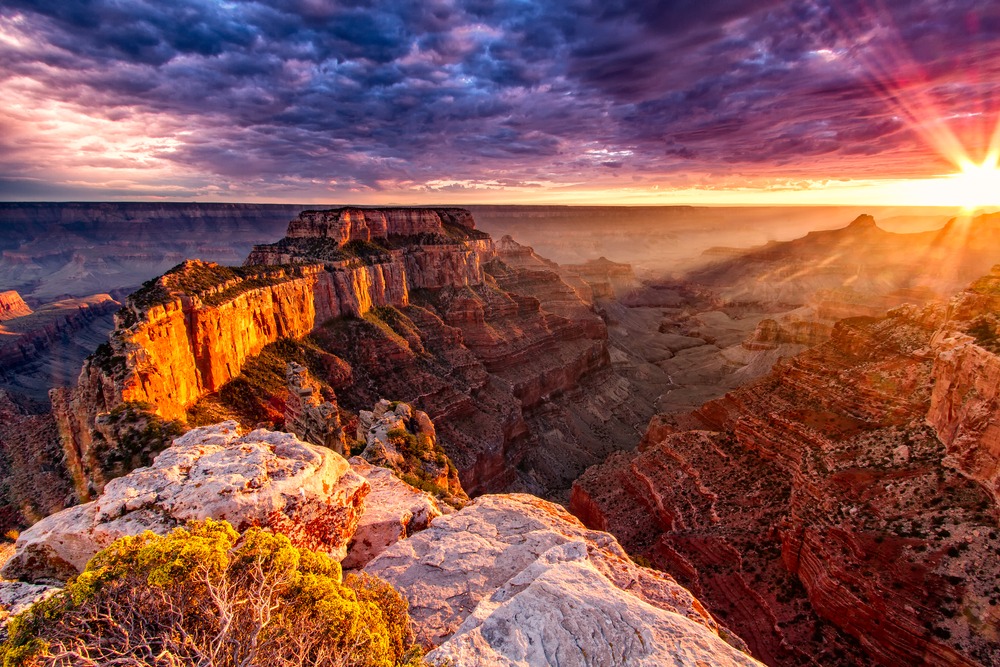 The Grand Canyon was also turned into a park by a Roosevelt…but this time it was Teddy (who was actually a relative of Franklin.) The park was established in 1919, and quickly became a staple of the American West. Movies like Vacation and Thelma and Louise have been filmed there, and almost 6.5 million people visit each year.

And it’s no wonder why; the canyon is a giant gorge of the Colorado River that spans an astonishing 277 miles long, and at certain parts, is almost 18 miles wide. The colored rock, roaring rapids, and rugged natural landscape have captured the imaginations of people for over 100 years.

A visit to the park wouldn’t be complete without staying in the historic El Tovar Hotel. The lodge was built in 1905 and throughout the years it has hosted celebrities, politicians, and, as some say… its fair share of ghosts. If you’re looking to rough it, Phantom Ranch, a collection of cabins at the bottom of the canyon, is your best bet for Old West living… that is, as long as you’re not afraid of a few snakes and spiders. 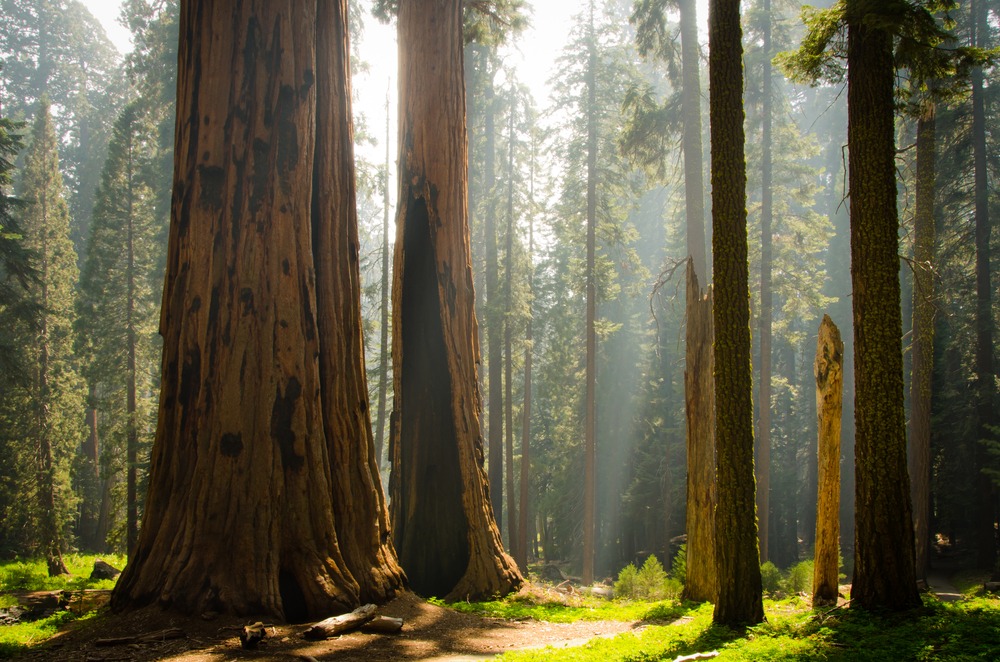 Sequoias are a type of redwood tree in California. Whereas coastal redwoods get taller, they’re also thinner. Sequoias, on the other hand, have the widest trunks of any tree in the world. And one tree inside the Sequoia National Park, named General Sherman, is ranked as the largest single tree in the world. He’s 275 ft. tall and has a volume of 52,500 cubic feet. He’s also old… really old, with an estimated age of about 2,000 years old.

But General Sherman isn’t the only thing to see at the park. The entire region is full of mountains, valleys, redwoods, and even caves—Crystal Cave being the most notable, but it is only one of 270 known caves in the park. One of the most photogenic opportunities at the park is the tunnel log. Back in 1937, a giant sequoia fell during a storm, right onto the road. The easiest solution, rather than removing the tree, was to simply saw a hole through it so cars could drive through. To this day, it’s one of the park’s most famous attractions.

On April 22nd, Trump announced that America would begin a “phased” reopening of America’s National Park system. The plan will consider each park’s specific location and needs, and will gradually reopen parts of each park in sections.

10 of America’s Best National Parks was last modified: May 7th, 2020 by Keith langston