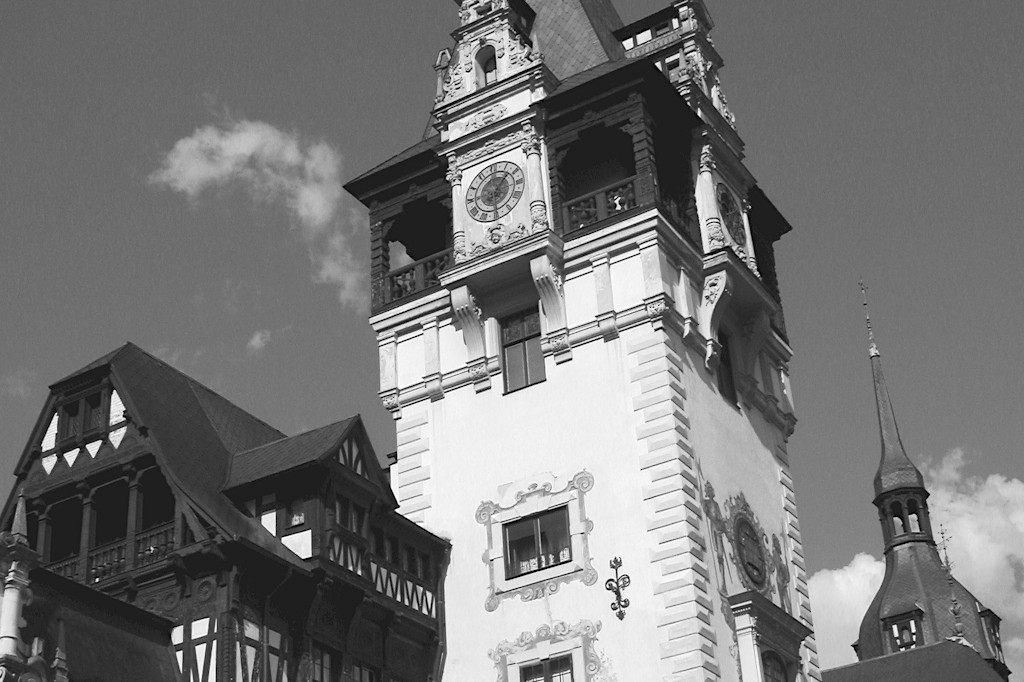 Who’s Counting: Dracula Through the Ages

More films have been made about Dracula than any other fictional character in history. According to the Internet Movie Database, at least 133 movies, TV shows, and video games have featured the Count from Transylvania. Here are 13 of our favorite actors who have portrayed the Prince of Darkness, and the films that made them (in)famous.

Hotel Sportul, is the first hotel built in the area, and like most of the accommodations, is a ski lodge. Rooms are clean and the staff friendly in this three star hotel in no immediate danger of earning four, but considering the beating skiers and their itinerant equipment give most lodges, it is in good condition. There is no chance we’ll run into the Count with Sportul’s happy gold and blue patterns. Sister hotel, Alpin falls into the same category, with the primary aim being a place to crash after a day on the slopes. 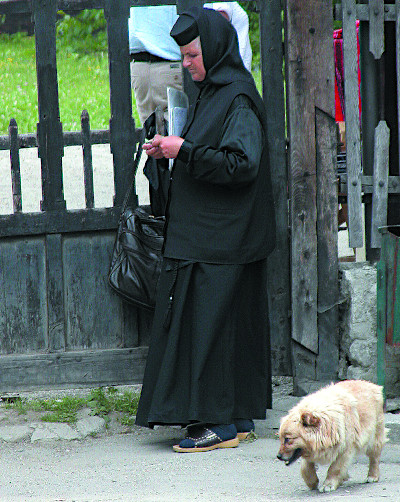 I don’t know what sort of omen it is to cut myself shaving the morning we are scheduled to visit “Dracula’s” castle, but I decide it portends great things, like the “good luck” stork we sight on our way into the mountain region around Castle Bran. Bran is said to be the castle on which Bram Stoker based Dracula’s digs for the book, and it proves an amazing magnet for every Dungeons and Dragons playing teenager in Europe. Pimply-faced kids in leftover Renaissance Faire black capes hang out around the copious souvenir stands, one in full Wolfman drag waiting in line for the castle tour. The castle itself has no direct connection with the historic Vlad Drakula, and just a few steps into the tour we realize this isn’t the castle we had seen in all those Hollywood movies. I recognize that the castle might, under a certain quality of full moon light, evoke some level of fear…if we were sixth graders telling ghost stories around a campfire. The only blood sucking here is from the chotchke peddlers bargaining with the tourists. The vibe feels instantly inauthentic and demands a hasty retreat. This is not what we had traveled all this way to see!

One of Romania’s largest cities, Brasov, was punished with attack by Vlad Drakula in the fifteenth century for its misaligned allegiance with the Turks. A tour of the city includes a stroll through many churches and monasteries. Like several stops on the Dracula tour, there is a schism between the reverent holy sites visited, still active houses of worship, and the perceived evil of the character these sites are loosely gathered to represent. The city’s defeat against invasion by their own Prince warrants its place on Dracula tours.

My friends, I hope you have brought your garlic and a crucifix with you so you will be safe. Ha, ha, ha. The Count has asked me to make sure you eat a big lunch so you will be fattened up when I bring you to him. Ha, ha, ha.” Out of nowhere, our guide Cristian, formerly impressive in his knowledge and easy in demeanor, has transformed into a Transylvanian stand up comedian. I had no idea of the capacity for mobility my eyeballs had until I began rolling them skyward with every successive “wampire” joke. If he pops in a set of plastic fangs, I’m going home. 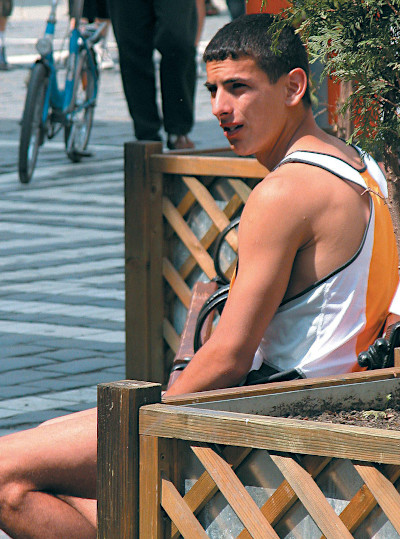 We are visiting the fortress city of Sighisoara, birthplace of Prince Vlad Drakula and one of the most famous inhabited citadels in Europe. It features an ominous clock tower, monastery, and a church on the hill. The church provides us with one of the most haunted stops on our trip when an elderly caretaker permits us to follow him and his winking flashlight into the crypt below the church, complete with hidden stone passage all the way down the hill to the monastery. The caretaker laughs as I make a fool of myself pushing on all of the stones of the wall, certain one will open a secret room or cave. This fits the vampire-hunting scenario I had imagined and craved all along.

Sighisoara is also home to another famous stop on every Dracula tour—Casa Vlad Dracul. The house in which Vlad the Impaler was born has been turned into a mediocre restaurant with quirky menu listings that work every Master of the Night pun to death. With little fanfare beyond a plaque on the wall announcing the yellow building’s historical significance, we wonder about the crowds. The Casa attracts droves of visitors starved for Dracula references, as well as lunch, to dine among vaguely creepy candelabra and medieval decor. This fortress city does seem most likely to have Bela Lugosi or Christopher Lee lurking around a corner somewhere, but proves free of the undead beyond the Casa and a sad little “Torture Chamber” display nearby. The torture chamber consists of one darkened room with a few prints of torture devices on the wall, a set of manacles, and a stretching rack on which you can pose for photographs. Around Halloween, expect to see black-gowned wedding parties holding their ceremonies in and around Sighisoara. An upscale medieval style hotel, Hotel Sighisoara is a great overnight option, just in case the creepiness factor rises in the dark. 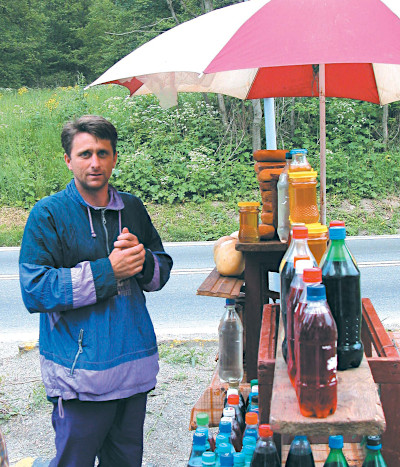 It turns out that my vampire-hunting skills need a bit of sharpening, or perhaps a change of venue. I now know more about a Romanian Prince than I ever thought I would, but I hear there is a very interesting and ominous castle and abbey near Carfax in England that has my name written all over it. More time could have allowed the search to continue further north to more Romanian sites, but it is time for us to turn reluctantly west toward home. I do have a jarring experience of seeing bright red horror movie eyes glowing in the pre-dawn hours, but eventually I focus on my own reflection in the mirror and the beginnings of an operatic Palinca hangover. Feeling a burning need to bring some of my chosen poison home, I shout to Cristian to pull over on the way back to the airport at one of the countless roadside cheese and Palinca vendors. With my edge of the highway-bought bottle of Romanian moonshine, a round of stinky unpasteurized cheese sewn up in a sheep’s bladder, and a fist full of Transylvanian dirt for my own coffin (in case the caped one wants to visit me) I board the plane. With this bag of Transylvanian treats secured in my carry-on, I suddenly think, “If U.S. customs stops me, I’m going to wish I were dead.”

Beyond the Pale: Dracula Tours

A longer Dracula tour than our itinerary allowed would continue on to sites with various levels of connection to history or Hollywood. Most Dracula tours last six to nine days and will set you back about US $320 – $1,000. Special events around Halloween sell out well in advance.

• A full day is required to reach the Borgo Pass where Stoker’s character Jonathan Harker passes through the stormy night surrounded by baying wolves on the way to Dracula’s castle. This mountain road is a highway now, but it is a direct reference from the story, so eagerly sought by many. • The Golden Crown Restaurant in nearby Bistrita serves the same menu Harker ate in the opening chapter of the novel. A word to the wise…in Romania, bacon is almost always served raw.

• The Hotel Castel Dracula is the furthest point north on most tours, and the Drac pack’s popular resting spot, a place David Drake says is, “like a Motel 6 in the middle of a field. You get there and it’s ‘OK, where’s the Dracula?’ They have a few kitschy thingsin the basement, like a coffin and cobwebs.”

• Many tours include shows and special presentations. Many feature an evening’s entertainment of a “Witch Trial” with actors in medieval costume. Another show allows guests to study the rules of Dracula’s “Order of Knighthood” and earn a certificate from the order. Some people even pack a costume for horror-themed masquerade parties.

• Poienari Castle, the real Vlad’s home, is now in ruins with only the 1,480 stone steps to the mountain top remaining (remember, the Statue of Liberty has only 354 steps and is 22 stories tall). The astounding view is a worthy trade for the arduous climb.

• The road back to Bucharest brings you to Lake Snagov, a modern suburb where the wealthiest of Romanians have enormous mansions. A small monastery on an island in the lake is said to be the burial place of Vlad the Impaler…the empty crypt fanning the flames of legend. Nuns row precarious boats across the lake to the island. The shore of Lake Snagov is also the proposed location for the future amusement park Draculaland, a project which horrifies most Romanians while dangling the promise of many tourist dollars tantalizingly close.