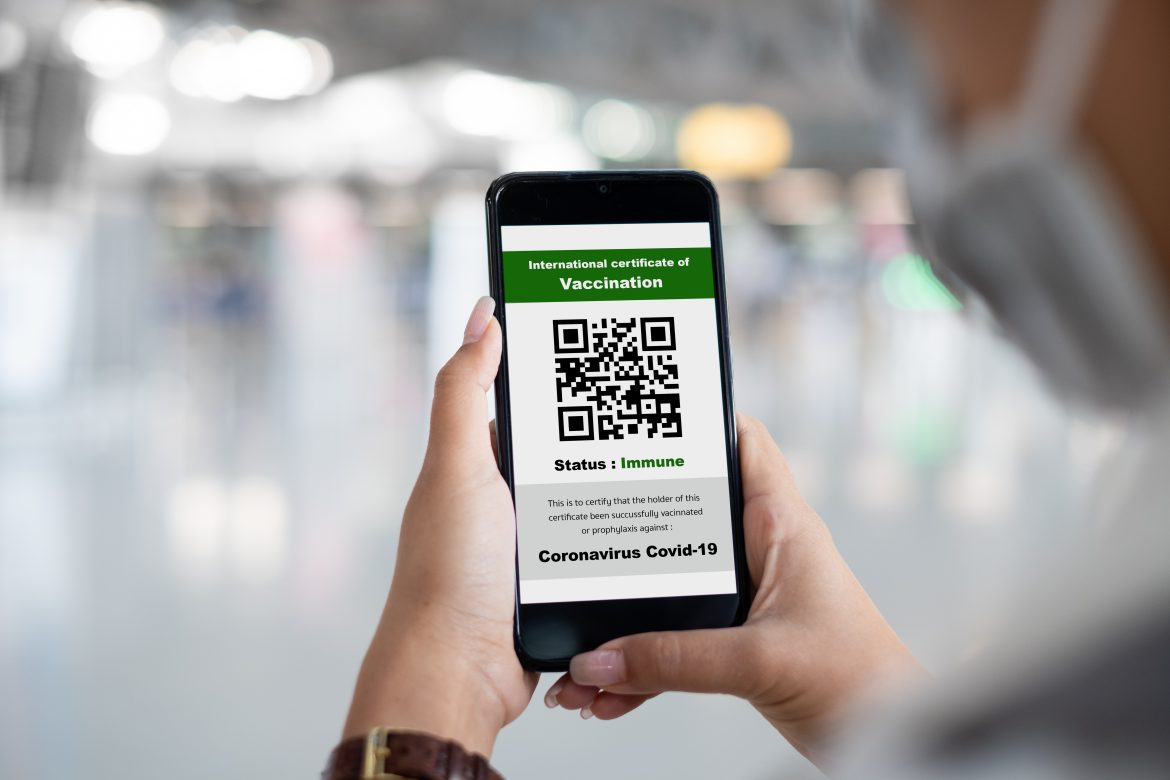 There’s been a raging debate over the creation of “vaccine passports” which could be used to allow travel on airlines, entrance into other countries, and some have even suggested sports arenas and concert venues.

On one hand, this could be a great way to ensure that everyone entering a space is vaccinated, which could allow for patrons to go maskless or for venues to fill up at 100% capacity. It could, in theory, be the quickest way to allow citizens to feel some sense of normalcy again.

However, there are also many who claim that such an effort would be an invasion of privacy, only for the privileged, and even harken back to the days when Black people were denied access to places because of “bad blood”. Surprisingly, this anti-passport movement is supported by both Republicans and liberals, and even the ACLU, who warns that vaccine passports will create a further divide between the haves and have-nots.

To get to the bottom of this debate, I interviewed Bryan Del Monte, president of The Aviation Agency, a marketing firm that specializes in the travel sector. Del Monte has been in the travel industry for decades and was a lifelong Republican until 2018, when the actions of the Trump administration forced him to speak out. I was curious to hear his thoughts based on his professional career and political past. Here’s what he had to say about the vaccine passport debate, and whether or not he thinks we will ever use them. 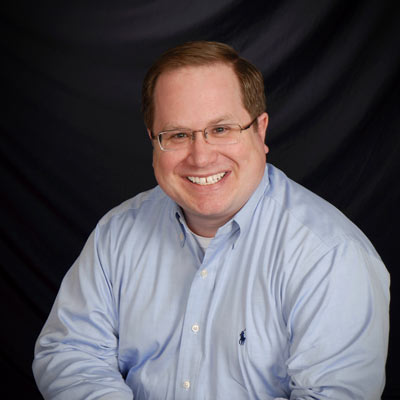 Well, I first started talking about vaccine passports probably a good year ago. And I believe that my first comment on the issue was, “It’s going to be very complicated…” We have to ask: What kind of infrastructure do we already have? Which, in reality, there already is a good amount. There’s already the “yellow card” for those who have gotten the malaria vaccine, and many countries will deny entry unless you have proof of vaccination. Furthermore, lots of colleges require vaccines before a student can live in the dorms, and a lot of kids need an MMR before going to school, so requiring vaccination is no new concept.

In fact, we have a Supreme Court case that even supports this. In 1905, in the Jacobson v. Massachusetts case, the Supreme Court deemed that states have the right to demand vaccination and that individual liberty doesn’t trump the health of the masses. The case came about because the state was having a smallpox outbreak and required vaccinations. The court sided with Massachusetts 7-2. So in reality, the government could effectively just force everyone to get vaccinated if they really wanted to, which would effectively end the whole debate about vaccine passports.

On a side note though, I think we should call it “vaccine verification” instead of a “vaccine passport” because I fear the word “passport” has somehow riled up a lot of people, like they think its somehow going to keep them from being able to move around, sounding almost totalitarian.

In my opinion, though, the main point of having a form of vaccine verification is for us to know who is vaccinated and who isn’t, or, more simply put: who can spread the virus and who can’t, because there are different risk profiles for the two groups.

But there is another issue with all of this…the current social landscape. You know, at the start of the pandemic I was like…are vaccine passports even going to be needed? I literally thought everyone was going to be vaccinated, because why wouldn’t they? Historically, vaccinations haven’t been super controversial. Nobody complains about giving their kids the MMR. And yeah, the “anti-vaxxer” movement has kind of slowly grown over the last decade, but even in that movement, the number of people not getting vaccinated was still extremely small. We’ve never had half the country refuse to get vaccinated before.

Well, as someone from Ohio who now lives in New York City, I can tell you that I assumed America would never hit herd immunity from the start. Trump basically told Republicans from the beginning that the pandemic was fake and that things like wearing a mask and getting a vaccine were somehow symbols of a person’s liberal beliefs. So, I wonder if we’re going to end up seeing Blue States getting high percentages of vaccinated people and Red States having very low percentages.

I can see that happening. You know, I was a Republican for 30 years, but I left the party in 2018. There seem to be a lot of niche groups that happen to all have the same idea about the COVID vaccine, and unfortunately, the Republican party seems to be trying to align itself with these groups. But these groups don’t seem to be the traditional Left vs. Right that America has historically had. Instead, it almost feels like it’s the logical vs. illogical, and the humanitarian vs. the anti-humanitarian. I don’t think it’s a purely Democrat vs. Republican thing. There seem to be some underlying beliefs of the people who are refusing the vaccine. It almost feels like it’s a distaste for the rule of law. It’s like the people who stormed the capital, they wanted to destroy the government. 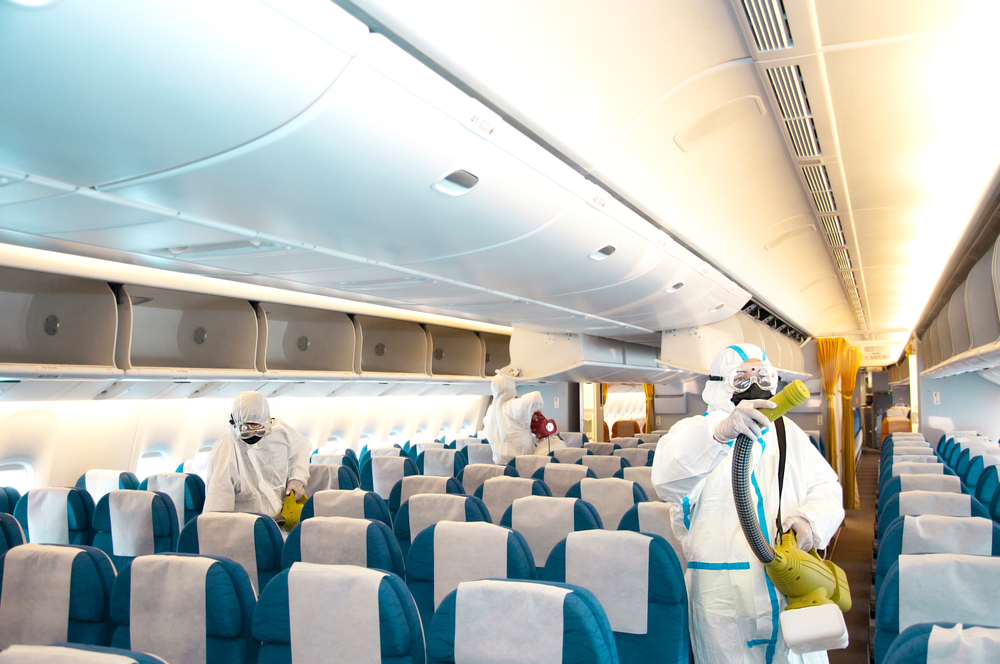 Disinfecting an aircraft before boarding in Bangkok (Photo: Pradpriew)

But that happened at the call of the President, which totally makes it political.

I agree. And Trump is absolutely responsible, and it’s unfortunate that the Republican party has, for some reason, decided they want to align themselves with these types of people. I mean, look, I knew Liz Cheney, she’s as conservative as you can get. You know, I look liberal compared to her. Watching her get marched out of her position completely shocked me.

But you know, something is just different these days. Like, I don’t think we can say this is “political” in the same way that “political” used to mean. Something fundamentally changed in the minds of certain people starting with the Tea Party movement.

But even with that… The Tea Party was heavily aligned with Republicanism from the start, based mainly on an anti-Obama platform. Since the start of this new radical movement, the Republican party has been actively feeding this group of people, telling them things like Obama was a Black Muslim from Kenya. And now we find ourselves with Marjorie Taylor Greene and Lauren Boebert sitting in the House of Representatives because of a decade of this coalition between the Republican Party and people who are absolutely out of their minds.

I absolutely agree. I guess what I’m saying is that the groups seem to be shifting. Like, let me put it this way. I was a Republican for thirty years, but I voted for Joe Biden. So, how do you explain ex-Republicans like me? We don’t have the cut-and-clean party lines we used to. It seems to almost be shifting based on whether you agree with modernity or not. It’s like, are you ok living in a world that’s pushing forward, or are you not. You know, American steel is never coming back. We haven’t been a big steel producer for over half a decade! Do Trump and his followers somehow think we’re going to go back to 1950? But back to the issue, and to your point about half the country not getting vaccinated. To that I say, who cares.

What makes you say that?

Well, I’ll make a statement that might be controversial, but I believe it to be true. For the vaccinated, the pandemic might be over. Yes, you may need a booster shot. Yes, we might have to deal with masks or capacity restrictions. But no, you no longer have the health risk you did before. And the recent comments by the CDC seem to confirm that. So if these unvaccinated people don’t want to wear masks or distance, hey’ll only be killing off themselves. Which, as tragic as that is, it’s now their problem. And yeah, we’ll probably see COVID become endemic, and it could spread like wildfire in certain parts of the country. But again, it’s their problem.

On one hand, I agree with you. But on the other, here’s my fear: With only half the country vaccinated, COVID will be allowed to continue spreading. And by continuing to spread, it can continue to evolve, and just like the flu the shots we get may not work against COVID eight months from now. And if that is the case, we might not know it until people start dying like crazy again. That’s why I fear the pandemic might not actually be over.

Agreed. However, from what I’ve read, though some breakthrough infections are happening, those who are writing the articles don’t seem to be concerned about their severity, which to me is a good sign. But yeah, I hear what you’re saying. If you roll a dice enough times, eventually you can lose. And with a large portion of people not vaccinated, we’re allowing this virus to replicate and evolve.

However, the other good news is that, in general, and this isn’t always a case, but in general, viruses that are highly contagious aren’t often highly deadly. The exception to this rule was SARS, which is why it scared everyone so badly. And unfortunately, that was also a coronavirus. But, in general, it isn’t usually a concern. The hope would be that if COVID gets more contagious, it will also get less deadly, almost like the flu. 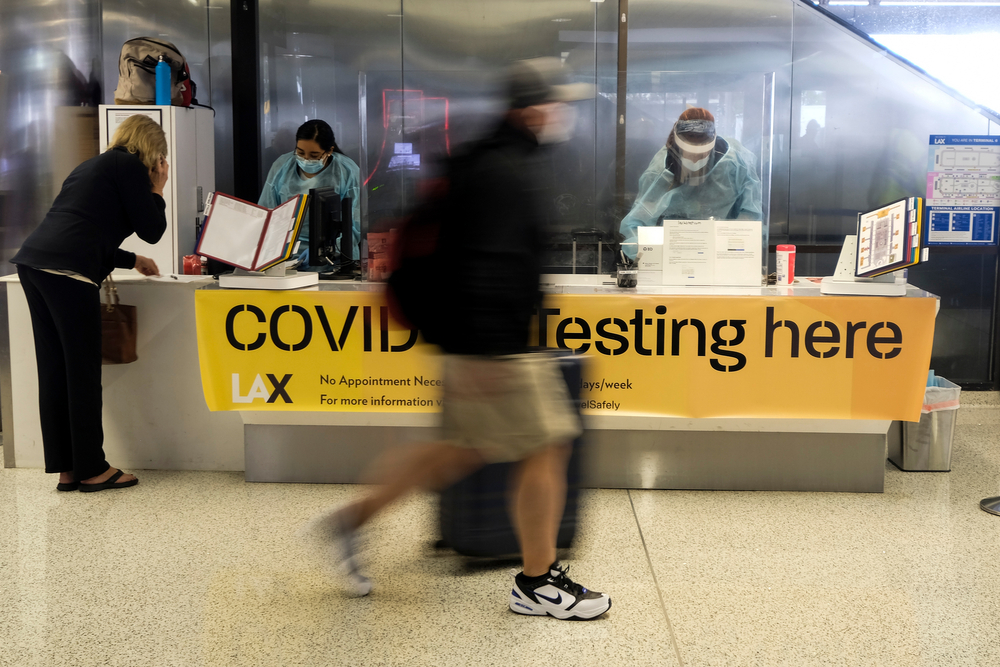 So, with all this taken into consideration, what do you think about the need for vaccination passports?

Honestly, with all of this taken into consideration, I think the entire concept of vaccination verification may just fall by the wayside, because, as the data suggests, the vaccinated really don’t have anything to fear.

And as the virus becomes more endemic instead of pandemic, I think a lot of people who aren’t getting vaccinated might start to. You know, if Texas is having a crazy outbreak, but California and New York aren’t, it might show a lot of people that the vaccine really does work. So, it might be in a few months from now, but we could see vaccination rates get better once people start seeing that the vaccines work.

But let’s imagine that it stays the way it is now, and we have 60% who get vaccinated and 40% who don’t, and Red States refuse to require any type of mask or vaccine laws, then lots of people could die. And it will cause long-term economic harm to those areas. But you know, for the rest of us it just won’t matter. The unvaccinated will be the ones transferring it to other unvaccinated people in areas where there are low percentages of vaccinated people. Essentially, it could be a big problem for certain people in certain areas, but not really affect the rest of us.

Ok, so to sum it up, your opinion is that the ethics of the vaccine passport probably don’t matter because it’s doubtful that we’ll ever use them?

Yeah, I think we might see vaccine verification in very few scenarios, such as for cruise lines, or for visiting certain countries that will require it. But by and large, no I don’t think we’re going to need verification in our everyday lives. It’s a cost-benefit thing. There’s a lot of risk involved for the Biden administration to mandate verification, and due to how effective the vaccines are, I just don’t think the benefit of requiring them outweighs the risk of political blowback.

For more information on the COVID-19 vaccine and to find out where you can get one, visit the CDC’s webpage

You May Also Appreciate