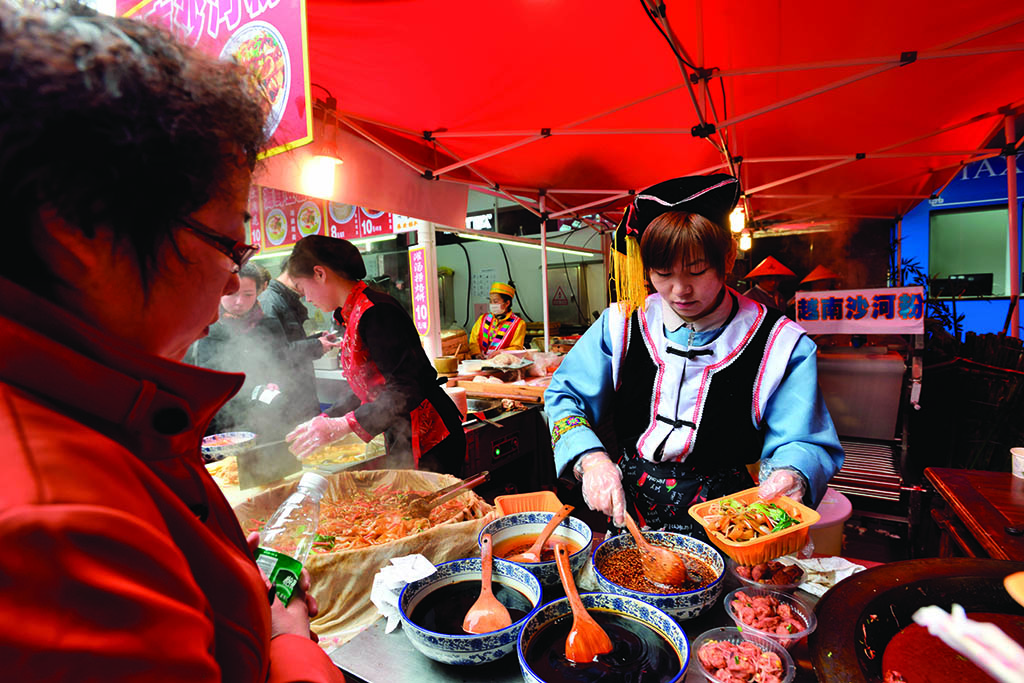 These cities may not be on your bucket list yet...but they should be.

The sun is setting…I think. I’ve arrived in Shanghai after a 15-hour flight, and I’m not sure what day it is, let alone what time of day: the permanent haze that hovers over much of China’s 3.7 million square miles masks any clues. Shanghai Pudong International Airport offers a harsh juxtaposition of the familiar and the unknown, a theme that will reappear throughout my journey to two of China’s major east coast cities.

I hop on a shuttle bus that takes me southwest from Shanghai’s city center to Hangzhou. The cities blur together along the two-hour journey (or 45 minutes by bullet train), where endless clusters of high-rise complexes blend into one another. Imagine the Vegas Strip held up to a mirror, an endless stream of towering residential buildings, outlined in neon and saturated floodlights. But as I peer out the window amid the slowly chugging traffic, closer inspection reveals a kind of post-apocalyptic urban planning to accommodate the country’s 1.3 billion inhabitants. Construction cranes pierce the skyline and it’s hard to tell whether certain projects are underway or have been abandoned midstream. China, I am soon to find out, is a country and a people of contradiction. 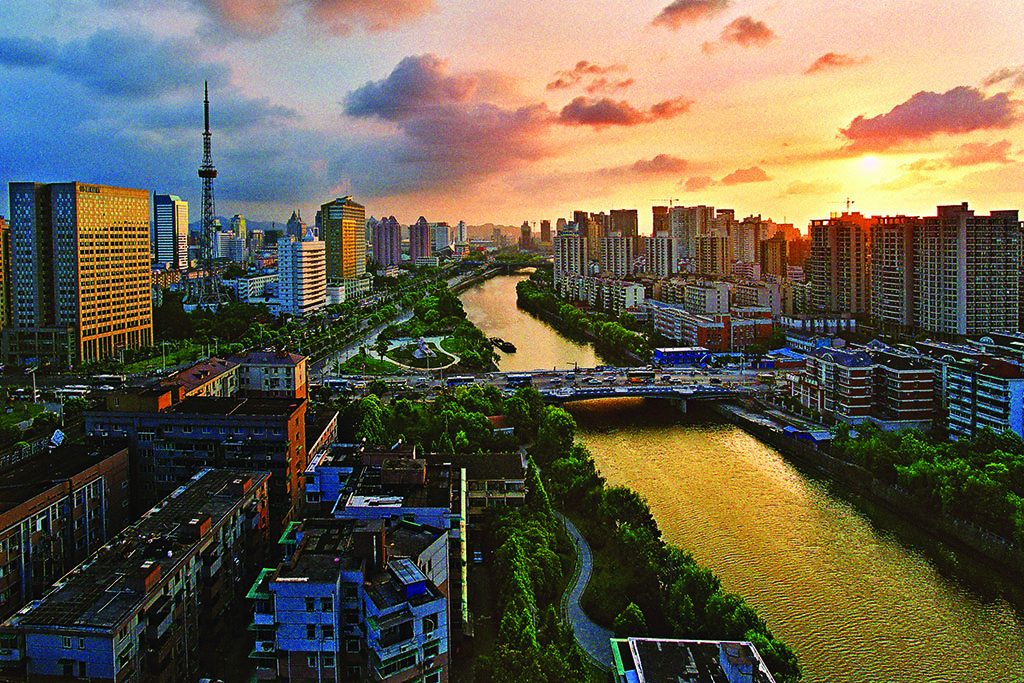 HANGZHOU
RIVER DEEP, MOUNTAIN HIGH
For most Westerners (including myself prior to this trip), Hangzhou may not be on your China bucket list, but consider adding a few days to your itinerary to explore a city that, at least by the standards of ear- lier centuries, was one of the most powerful ports in the world. The Sui Empire finished the Grand Canal in 609 CE, a 1,100-mile engineering feat that finally connected Hangzhou to Beijing in the north and positioned it as a vital trading post.

Hangzhou’s port eventually filled with silt in the 15th century, but skip ahead 600 years or so, and you’ll find a thriving metropolis for the new millennium. It’s now a major technology hub with Alibaba Group at its epicenter, a multi-faceted e-commerce company that holds the record for the largest IPO of all time on the New York Stock Exchange, totaling $25 billion. Put that mind-boggling figure momentarily aside, along with worries that China could conceivably crash the global economy. Hangzhou’s wonders lie in its natural beauty and deep traditions of culture and cuisine. Transcend political agendas and appreciate the region for its hidden gems that remain some of China’s greatest gifts. 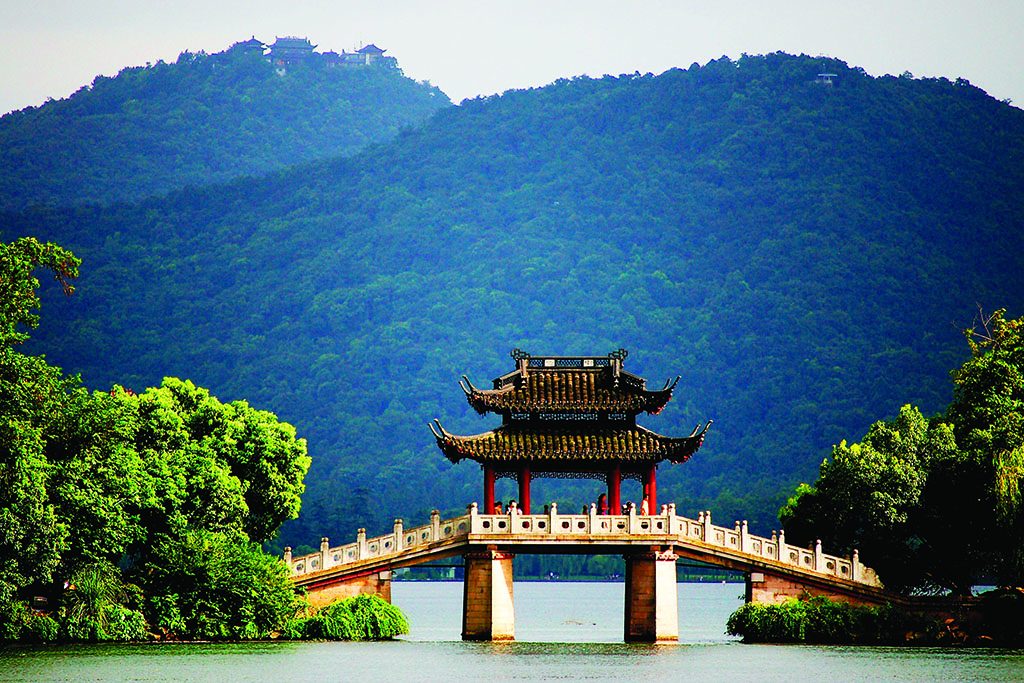 After a quick refresh at the Zhejiang Grand Hotel, a local five-star hotel in the business district, I make my way to the city’s star attraction: West Lake. The artificially made lake is only 2.5 square miles, but it provides an idyllic respite from the bustle of city life that nestles its shores. Declared a UNESCO World Cultural Heritage Site in 2011, the lake can be viewed by walking or biking paths that surround its perimeter, or better yet, by hand-paddled boats that offer ideal vantage points to appreciate the temples, pruned landscapes, and pagodas. Be sure to include Impression West Lake as part of your experience. The outdoor live performance takes place on the lake—literally. A massive stage sits one inch under the surface of the water, creating an illusion that the 100-plus performers are floating on water. Directed by Zhang Yimou (known for his spectacular staging of the opening and closing ceremonies of the 2008 Olympics in Beijing), the plot follows a legendary Hangzhou love story. Most of it will be lost on foreigners, but there’s plenty of eye candy to appreciate along with sweeping melodies by Grammy Award–winner Kitaro.

To complete my West Lake experience and further immerse myself in the province’s culture, I dine at Hupanju Teahouse, an exquisite lakeside venue that has been catering to locals and tourists alike for more than 25 years. Request a table with a view or, weather permitting, dine on the terrace. I’ll later discover that many of Hangzhou’s reputable restaurants are ensconced in glaringly lit hotel banquet rooms with little ambience, but Hupanju elevates the experience with ornately decorated rooms and fine linens.

There are two signature dishes that exemplify Hangzhou’s take on Zhejiang cuisine, one of China’s eight great cuisines. West Lake carp in sweet and sour sauce (also known as Shusao Chuangzhen) is most impressive when served whole, fried, and filleted in such a way that allows the fish to get crispy and absorb the tangy sauce, typically made with a combination of soy sauce, rice vinegar, and sugar. During my time in Hangzhou I’ll eat nearly a half-dozen varieties, and though delicious, most are not unlike various fried fish dishes I’ve had stateside. The Beggar’s Chicken, on the other hand, is worth the trip half way around the world. 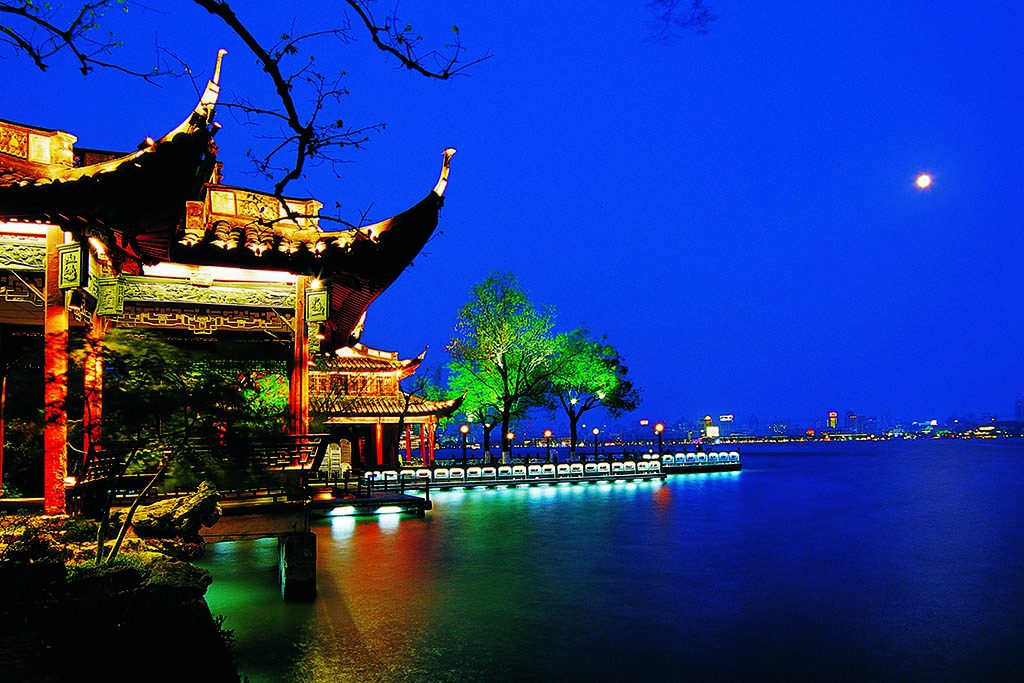 Legend has it that during the Qing Dynasty, a beggar stole a chicken, but after being caught by a local farmer, ran to a riverbank and buried it in the mud to hide it. After later retrieving the chicken, the beggar roasted the bird over an open flame. When he cracked the encrusted clay, the aroma attracted the Emperor’s attention (who conveniently happened to be passing by), and upon tasting the dish declared it so delicious that it was added to the Imperial Court menu. Modern variations can be found throughout Hangzhou and even discovered at local food markets, but leave it to the professionals to unearth this savory and complex poultry dish. Usually stuffed with pork belly and shitake mushrooms then topped with fresh ginseng root, the chicken is then typically doused in a rich marinade of soy, rice wine, and hoisin sauce, wrapped in lotus leaves and sealed in clay (make sure you procure non-toxic pottery clay if you attempt this at home) before a low and slow baking process yields a succulent, umami-driven final product.

A visit to Hangzhou should also include an immersive tea experience and visit to Mei Jia Wu Tea Village, known throughout the world for Longjing (sometimes called Dragon Well) tea. The rolling hills look like wine vineyards, but upon closer inspection you’ll discover rows of cultivated tea bushes and the occasional persimmon tree. This particular green tea is some of the most coveted in the world and can sell for upward of $150 per pound. The harvesting, drying, roasting, and ultimate steeping of the tea leaves is filled with tradition and ritual, which I’m fortunate to experience at Yuan Family Farm with the assistance of CYTS Tours, one of the largest inbound travel companies in China. Family member Lina presents a formal tea ceremony on the family’s rooftop, set against a bizarre backdrop of abandoned gym equipment, endless clotheslines, and yapping neighborhood dogs. It’s a brilliant moment as she ritualistically prepares the tea as if we were within one of the ornate chambers of The Forbidden City. 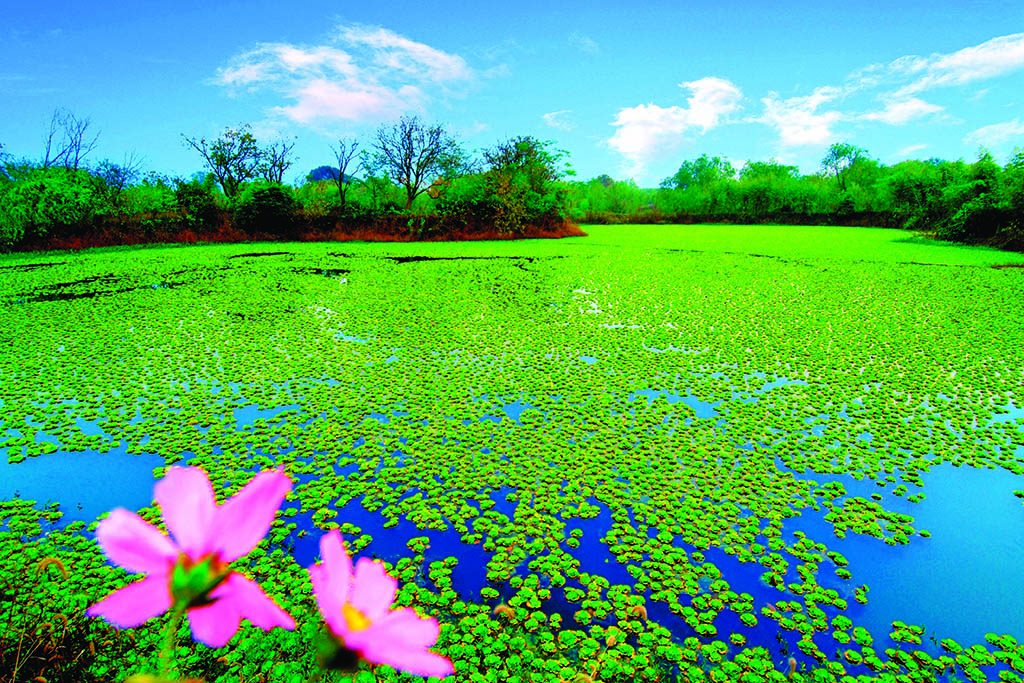 Other crafts and artistry abound throughout Hangzhou and even offer the chance for travelers to try their hand doing something they’ve never done before, like at the Xiling Seal Engraver’s Society. Formally established in 1904, the art of seal engraving and calligraphy dates back to the Yuan dynasty. Under the watchful eye of a master, I chip away at a small block of stone to create my own seal, its jagged edges and inconsistent grooves a sign of my novice skill. It’s a charming keep-sake though, and a much better than a kitchen magnet.

Before leaving Hangzhou, I’m eager to find a takeaway that represents the Zhejiang province’s rich tradition of craftsmanship. A little digging around leads me to the Wensli Silk Culture Museum and Flagship Store. The collection features more than 1,000 pieces, rang- ing from embroidery cloths from the Qing and Ming dynasty as well as exceptional examples of Wensli’s products since the company’s inception in 1975. I leave with a scarf in tow and am ready for my next fashion-forward destination.