“What’s Love Got to Do with It?” Well, a lot when it comes to London this season. May 19, 2018 will see the royal wedding between Prince Harry and Meghan Markle, but if your invitation got lost in the mail, they’ll be events throughout the LGBT community to celebrate the occasion including viewing parties at some of the best bars in Soho. You may also want to pick up tickets for the brand-new musical TINA, The Tina Turner Musical (www.tinathemusical.com) that rolls into the Aldwych Theater March 21. While you’re catching a show, choose an equally soul-filled hotel with the 900-room Hard Rock Hotel (Opening spring 2018. www.hardrockhotel.com) in Marble Arch that will include loads of performance spaces and a speakeasy bar. Looking for more luxury? The Belmond Cadogan (www.belmond.com/hotels/europe/uk/london/belmond-cadogan-hotel) offers the style we’ve come to expect from the global brand blended with West London grace. 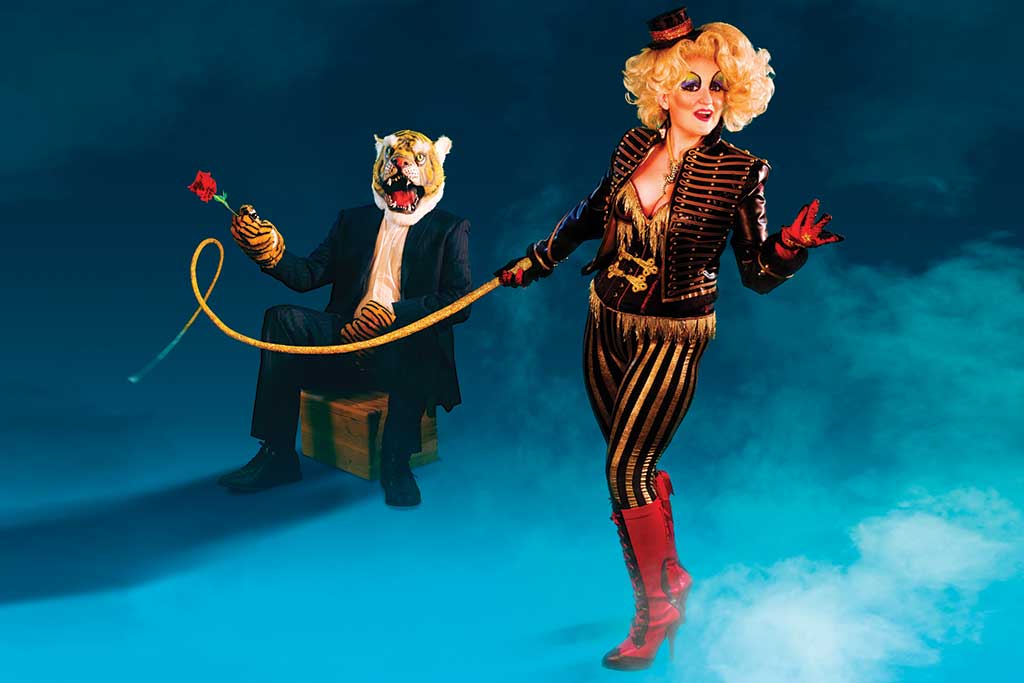 Take some time away from Manchester’s world-famous LGBT scene and join the Mancunian LGBT community at the ten-year-old Queer Contact cultural festival (www.contactmcr.com/festival/queercontact) that includes theatre, music, cabaret, film, clubbing, dance, spoken word, and visual art examining gender, sexuality, health, religion, politics, and more. This year will be the first time that it won’t be held at the Oxford Road building (it’s undergoing a $9 million renovation), but the entire city will make up for the loss of a venues by opening up the doors to places like museums, libraries, and schools. Many of the events will take place at the Millennium Powerhouse in Moss Side from January 27-February 24, but if your travels miss these dates, the Powerhouse hosts exciting LGBT events all year long. www.visitmanchester.com/ideasand-inspiration/blog 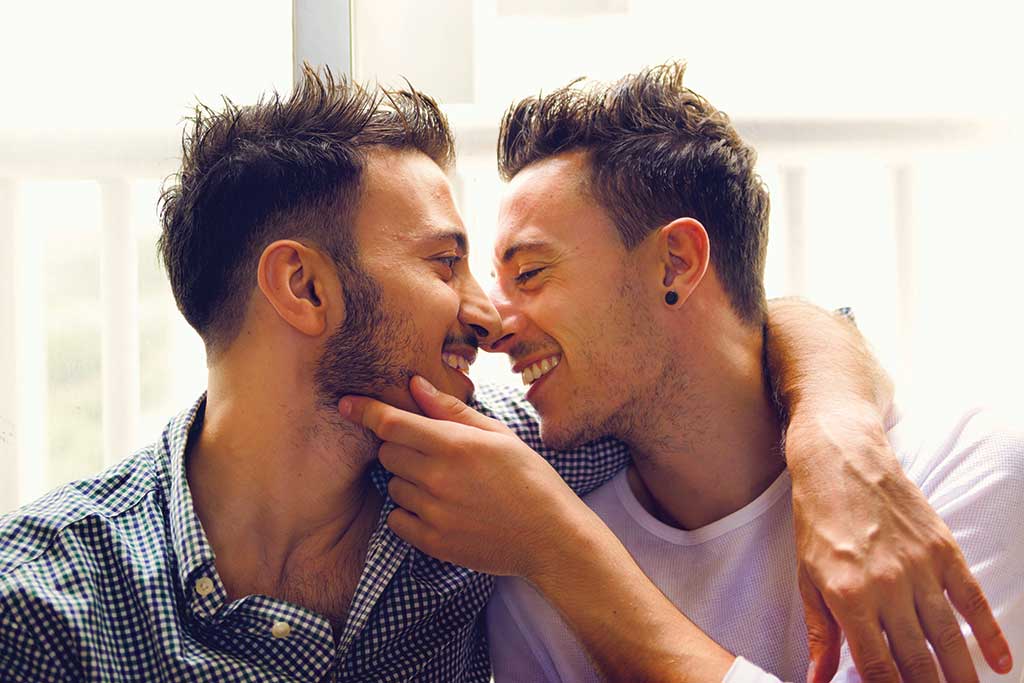 While the larger Scottish cities of Glasgow and Edinburgh usually are on LGBT tourists’ lists, don’t pass up a visit to Dundee in 2018. The River Tay waterfront is being transformed into a worldclass entertainment district, in particular thanks to the opening of Scotland’s very first design museum—V&A Museum of Design (www.vandadundee.org). The thoroughly modern facility will hold some precious items, including the diamond-winged tiara commissioned by the late Mary Crewe-Milnes, Duchess of Roxburghe. It will also be a center for local and foreign designers to show off their works, creating an international gathering point for artists. The halls open in spring 2018. 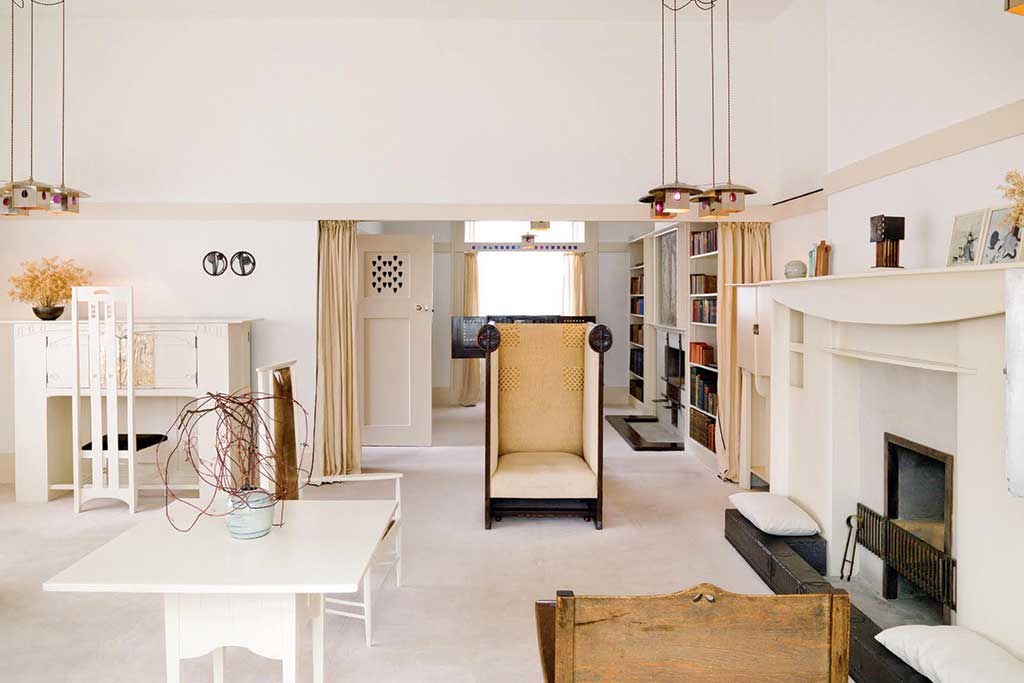 Locals and tourists alike marvel at Glasgow’s architecture (it’s home to one of the most famous schools of architecture in the world), but many may not be familiar with the man behind the city’s most famous buildings—Charles Rennie Mackintosh. Celebrate Mackintosh as the city plans events to commemorate 150 years of his style and contributions. When the sun shines in Scotland, particularly during the summer, the locals like to party. Thousands hit the streets in August for Pride Glasgow (www.pride.scot) where drinks, music, and unforgettable merriment abound. www.glasgowmackintosh.com/events 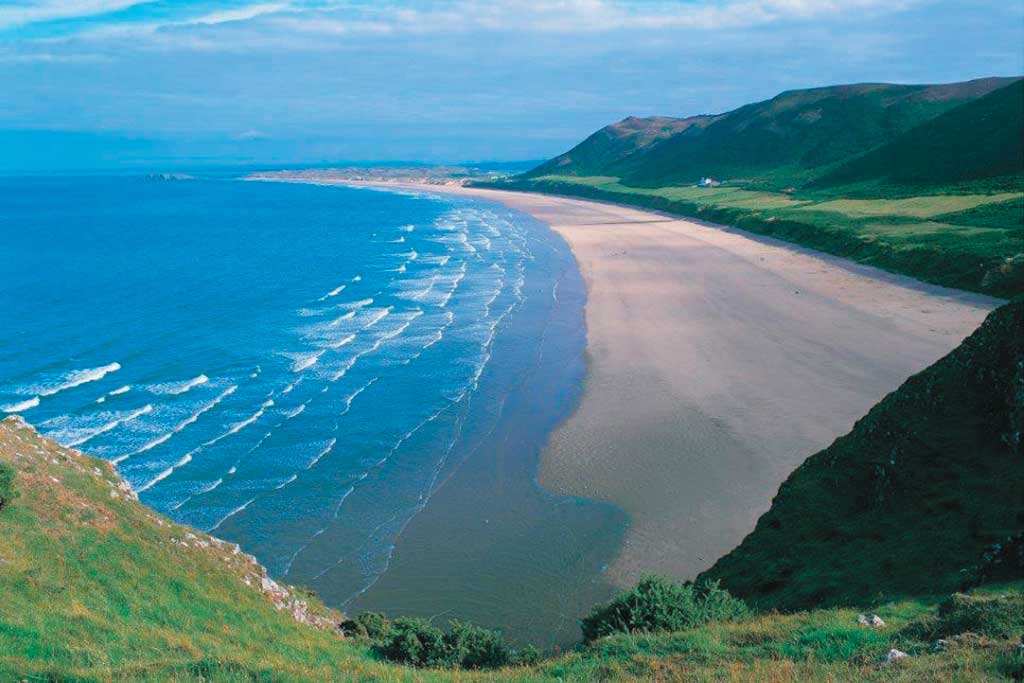 The Lady of the Lake attracted King Arthur to this beautiful part of the UK, and now the waters of Wales are bringing in another set of visitors to bask in the culture, the inclusivity, and those looking for a little magic. This year, Wales celebrates the Year of the Sea with events that demonstrate the importance water has played in shaping the country. Spectacular and dramatic, 12th century Roch Castle (www.rochcastle.com) sits high above the Pembrokeshire landscape offering panoramic views over St Brides Bay and the Preseli Hills. It was voted one of the best hotels in Europe and is the perfect place to get pampered before or after marrying Prince Charming. During your visit to Wales, maybe you’ll find Excalibur in Cardiff at their raucous Pride Cymru (www.pridecymru.co.uk) that takes over the city the weekend of August 25-27.

The Isle of Wight, a small island off the coast of southern England, recently won the bid to host the second annual UK Pride on July 21, 2018 (www.iwpride.org). The Isle, which has the highest number of award-winning beaches in England, makes a perfect summer getaway to unwind and celebrate Pride in style. Enjoy a variety of water sports activities, from sailing to paragliding, or take in the sunset with a cocktail at one of the many beachside bars. Walk the literary heroes trail for a bit of history about some of Wight’s most famous residents, including Alfred Lord Tennyson and Lewis Carroll. Don’t forget to make a stop at Osborne, the stately home of Queen Victoria. Most importantly, show your colors at the Pride festival and parade on July 21 (www.visitisleofwight.co.uk)

To discover more to love about Great Britain visit: www.visitbritain.com/LGBT