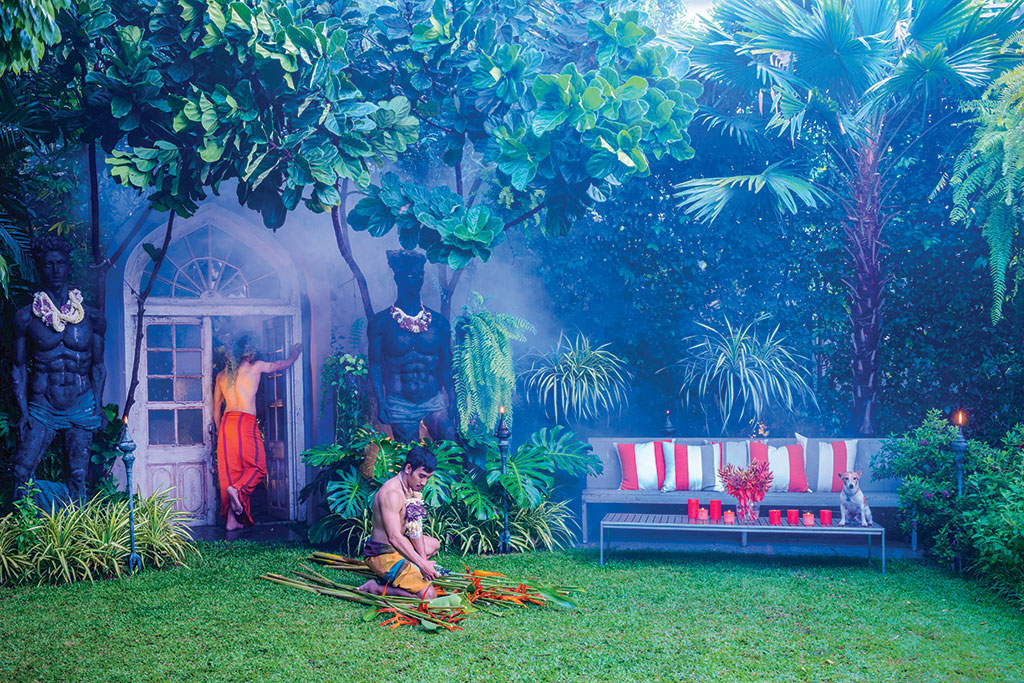 If you’ve been wowed by a South Asian resort or luxury hotel, there’s a good chance it’s the work of designer-architect-landscaping firm, Bensley

If you’ve been wowed by a South Asian resort or luxury hotel, there’s a good chance it’s the work of designer-architect-landscaping firm, Bensley (www.bensley.com). Founder Bill Bensley and his partner in life and work, Jirachai Rengthong, are behind a whopping 200-plus properties in over 30 countries, mostly concentrated within Asia, but also scattered elsewhere around the globe. They include: Thailand’s Four Seasons Koh Samui and Four Seasons Golden Triangle Tented Camp (bordering on Laos and Burma); The Slate Phuket, The InterContinental Danang (the design of which features a funicular dubbed the “NamTram”); The Siam Bangkok, The St. Regis Bali; Puerto Rico’s Dorado Beach, a Ritz-Carlton Reserve, Cape Town, South Africa and Hainan, China’s One&Only; Leela Palace in Udaipur, India (it’s almost literally straight out of a James Bond film (Udaipur is famously one of the Octopussy locations); China’s Mandarin Oriental Sanya; Jakarta’s Grand Hyatt; and Cambodia’s Park Hyatt Siem Reap. 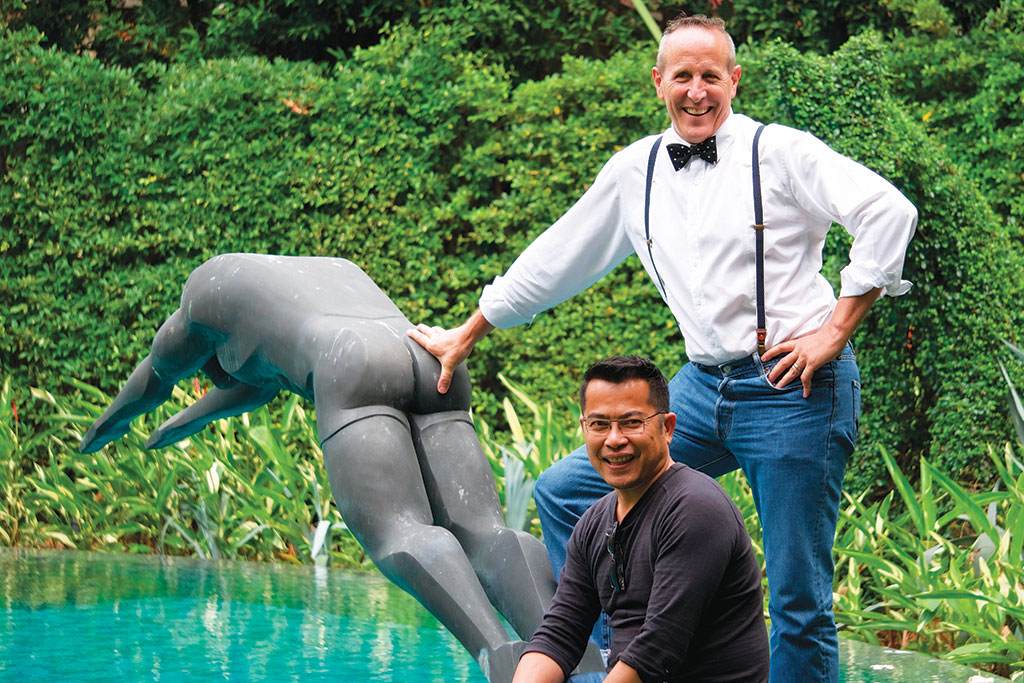 Amalgamating luxury, colorful quirk, natural wonder, contemporary styling, historical reverence, and handcrafted everything, their wide breadth of services, which can include staff costumes/wardrobe, have also been engaged for lavish guesthouses and private residences, including a Malaysian sultan’s royal palace, The Royal Istana, and Singapore’s OUE Twin Peaks Residences condominium.

I met Bensley and Rengthong for the first time at their Bangkok studio, a leafy mansion-like compound situated a few addresses down from excellent craft coffee roaster/cafe, Phil’s. The quiet, residential street is lined with creative businesses, plus several great spots to settle down with a laptop. Bensley Design Studio, although the business is now simply called “Bensley,” is housed within the former Iraqi embassy (a second Bensley office is located in Bali). 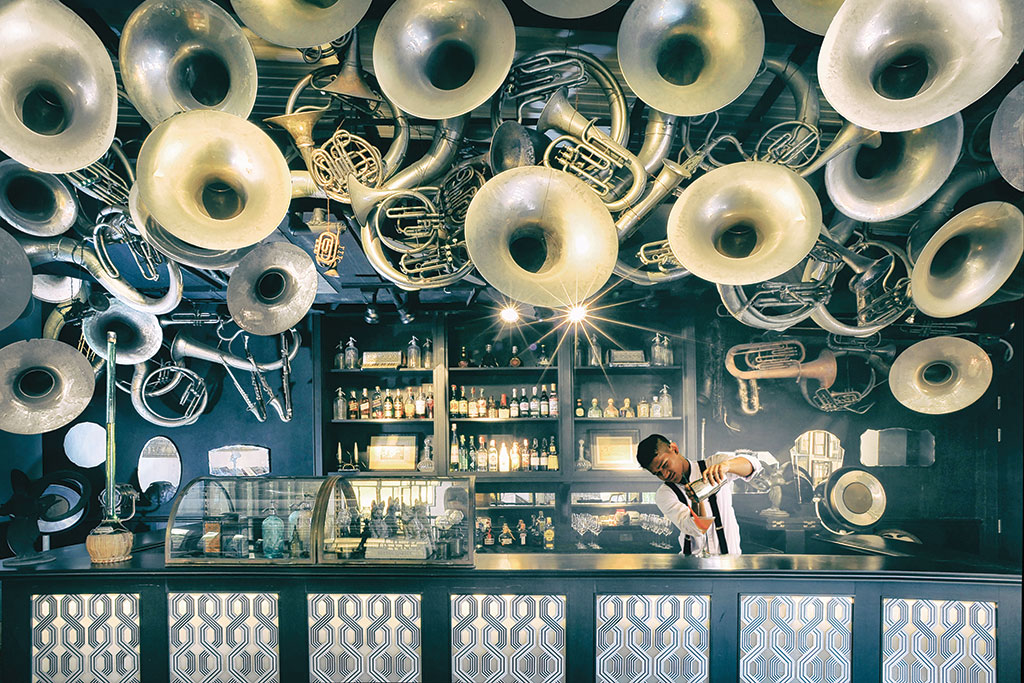 TUBABAR at the Siam Bangkok

Sitting down with the couple, who has been together 28 years as of 2017, a few impressions soon form. At a towering 6’4”, Bensley is gregarious, bursting at the seams with energy, playfulness, enthusiasm, and a great sense of humor. I mention that one of their adorable Jack Russell Terriers keeps burying its head into my crotch during our sushi lunch, to which Bensley quips, matter of factly: “It’s looking for bones!”

Bensley’s personal philosophy is mai mun mai tum, translating to “if it’s not fun, I won’t do it.” Rengthong is comparatively reserved, a calm and grounded countermeasure to his partner’s spunk and chaos (“I’m wacky and all over the place,” Bensley concedes), yet totally open, warm, good humored, and approachable.

I had been told that one way to describe them, at least workwise, is Bensley handles the big, broad strokes and Rengthong traffics in the small details that are then delegated to over 150 employees, from handcrafted furniture makers to sculptors and painters to all manner of artisan and graphic designer.

Asked to elaborate on their work dynamic, Rengthong concurs that, “I do more of the little details, and he is more of the design director.” Bensley, however, adds, “he talks and I listen,” laughing. “I think we both do what we like to do best,” Bensley continues, as Rengthong looked on, grinning. “Jirachai loves gardens and often gets asked to be the judge in community plant fairs. He actually crossbreeds and makes new plants and has become an expert over the year in breeding ornamentals.”

It turns out that Rengthong had just returned from a visit to their Chiang Mai farm: a horticulturist’s Nirvana spread over about eight acres, dense with thousands of plants and flowers, many of them rare and exotic, like hundreds of variations on plumeria, cordyline, and bromeliads. The pair’s first professional collaboration together, in fact, entailed a landscaping firm, and things snowballed from there. Horticulture, and the country’s dense, varied foliage and vegetation and ideal climate and topography to nurture it, remains a passion and magnet for both. 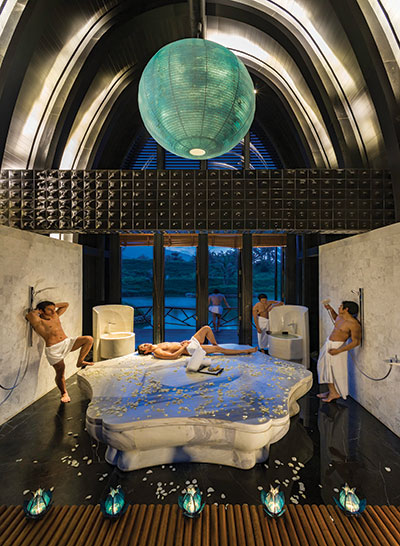 “Jirachai has bred some fantastic varietals of red Aglaonema,” Bensley adds. “Thailand’s really the center of the world for tropical plants. You can get more varieties of plants and orchids, and cheaper here than anywhere else in the world and we know that as a fact. Also, people here are still agrarian. The basis of how we exist is what we grow, and people use their hands to make things. That’s the difference. Hand labor-intensive we find so invigorating, because we are designers who require hands to make things we put into our hotels and projects. It’s a good synergy.”

A tour of the studio after lunch proves a joy, from the on-site landscaping and design, including a pool with sculpture of a stylized, angular male taking a dive, while the interior represents a hive of activity. In one room a group of Thai painters create homoerotic paintings of male athletes, recreating the style and work of Bruce Sargeant (one of many aliases and alter-egos created by Utah-born artist Mark Beard), for an upcoming property.

Bensley had previously used the work of another gay artist, late NYC pop art/graffiti icon Keith Haring, as inspiration for Singapore’s OUE Twin Peaks. On its spa walls, giant rivets were used to form a pixelated version of his murals.

“I love Keith Haring,” Bensley enthuses. “His language of markings translates into so many wonderful things. I love taking the DNA of an artist and seeing what else you can develop from it. I also did that at the St. Regis in Bali. We took the idea of sculptor Isamu Noguchi’s work and imagined, ‘what if he lived in Bali in the 1950s and 1960s instead of USA? What would his work look like?’ So we created a body of over 100 sculptures in various materials. It was the same idea with how we interpreted Keith Haring at Twin Peaks Residences. What would have he have completed if he came to Singapore today.”

Bensley himself hails from Anaheim in Orange County, California, and says that his parents’ penchant for botany and gardening served as introduction and gateway drug for this current career and life. He went from learning to arrange and maintain his own garden to those of his neighbors, who paid for his services. By high school, he began to learn how design and landscaping could be combined on large projects, and went on to study landscape architecture at California State Polytechnic University Pomona and, later, urban design at Harvard.

At Harvard, fate struck in the person of Thai-born classmate Methar “Lek” Bunnag, who went on to become a major architect in his home country, spawning a namesake firm, and collaborating with Bensley (their joint work includes Lanna Spa at Regent Resort Chiang Mai). Bunnag suggested that Bensley follow him to Singapore after college to work at the firm Belt Collins and Associates.

Come 1989, Bensley found himself in Bangkok, and just a week after arriving he met Rengthong, a political science student who hailed from a region between Bangkok and Chiang Mai. “I fell madly in love and never looked back!” Bensley admits. Unlike Bensley, Rengthong hadn’t formally studied horticulture or landscaping, although it almost immediately proved to be a common bond, and from there things, well, blossomed.

They moved into their spacious home, Baan Botanica, in 1992, which is eye-popping and ever-changing with details and décor, notably an Anglo-Indian bed, collection of early Balinese artwork, and local folk art. Beyond their home, the pair frequently return to the properties they helped create to refresh and renovate them.

Their firm’s first job entailed Four Seasons Hualalai on the big island of Hawaii. Asked which project has proven most challenging to date, Bensley proffers the Royal Palace and Residences of Malaysia, aka The Royal Istana and The Great House. Taking 12 years to complete, it proved a massive build, involving two miles’ worth of corridors alone. 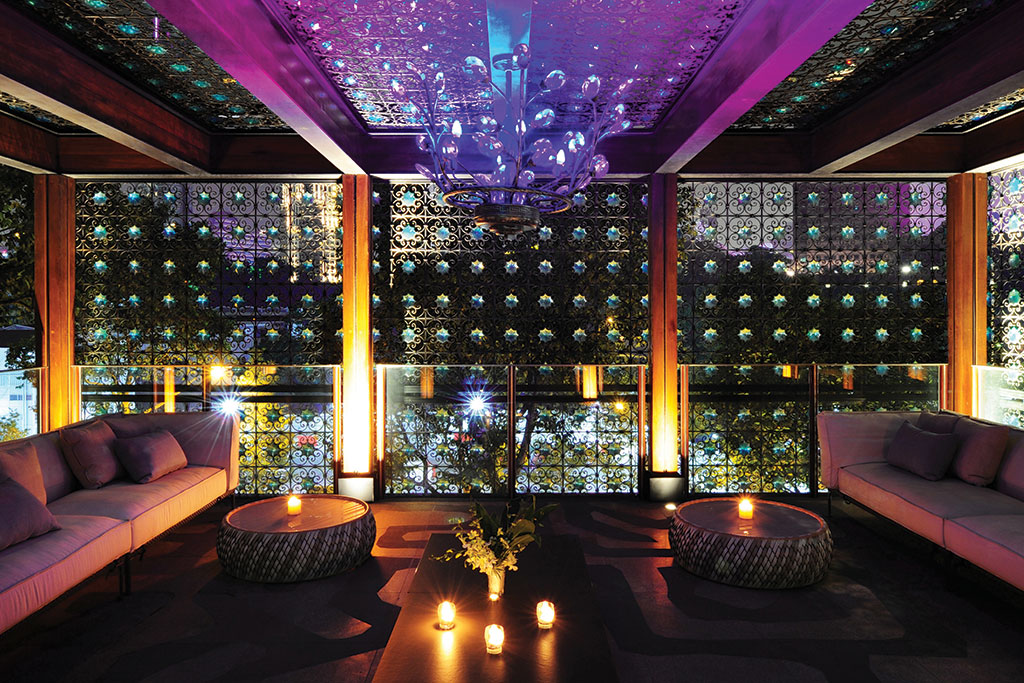 Cambodia’s Shinta Mani Angkor, however, is the one he considers most near and dear to his heart, as it is part of a philanthropic foundation (www.shintamani.com/foundation) of the same name that endeavors to alleviate poverty and provide employment, education, and business opportunities for locals. Siem Reap’s Shinta Mani Angkor also functions as a free hospitality school for local youth.

Asked to name a few examples of properties he’s visited that have raised his own eyebrows, Bensley reels off a handful. “Ballyfin in Ireland,” he shares, “an exquisitely renovated mansion home in the country. Hoshinoya, a sublime contemporary ryokan on a quiet river just outside of the village of Kyoto, Japan, and Hacienda de San Antonio, near Colima, Mexico, another 120-plus-year-old, meticulously detailed mansion.”

Bensley’s website actually features an entire section, “Favorites,” devoted to all his loves and obsessions, from properties (both his own efforts and by others) to architects and peers (Toronto and New York’s gay power couple, George Yabu and Glenn Pushelberg, among them) to gardens, galleries, drives, adventures, movies, books, plays, and pretty much anything you’d find a “Top Ten” style listicle about, with YouTube clips in some cases.

Of course, Bensley and Rengthong are pleased to share their local Bangkok favorites, too.

“I think the greatest thing about Bangkok is that no matter where you go, there is great stuff to eat,” Bensley notes.

“We like the restaurant Bo Lan, and we like Eat Me,” Rengthong comments. “Eat Me has been open over ten years and the consistency is great. Everything is good there. Bangkok is a great city to eat and to shop, and you can do anything almost 24 hours a day.”

Adds Bensley: “Also, Buddhist people are honest, friendly, quiet, and non-confrontational. Who could ask for more?”

Great Stuff For The Consummate Traveler