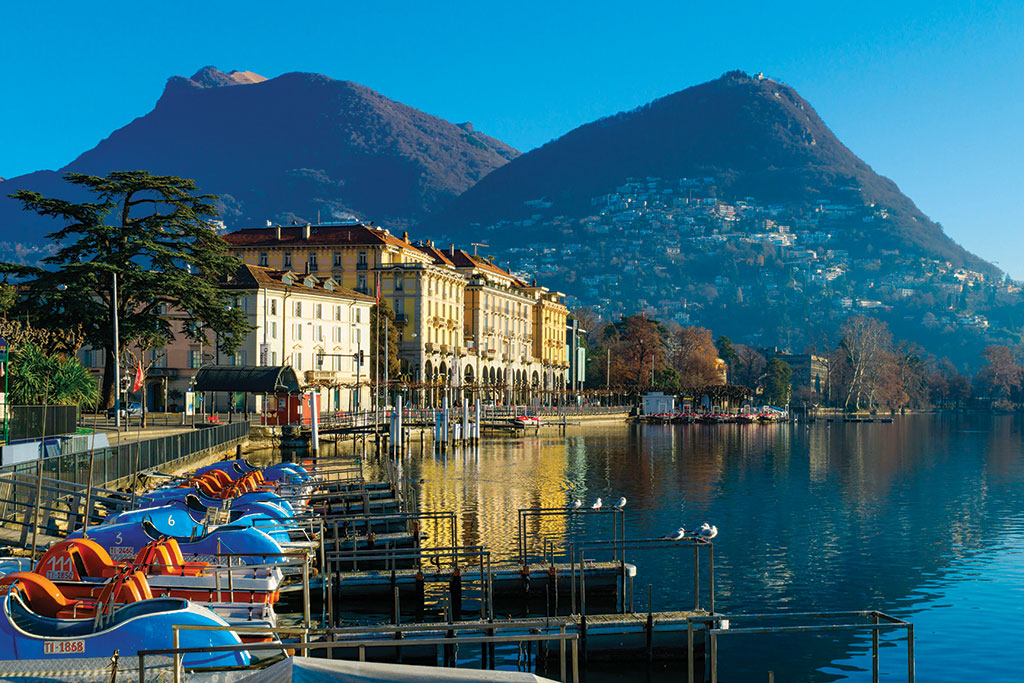 To live, to love, to laugh and to play in convivial surroundings – that is the essence of la dolce vita.

Lazy meandering days by the lake. Balmy, temperate weather practically year round. Lingering lunches in rustic grottos where earthy fare is languidly served alongside countless glasses of local Merlot (though not a soul is counting). Beautiful, well-dressed throngs of residents who smile an inordinate amount of the time and almost seem to sway with an air of contentment. Night time walks punctuated by spontaneous stops on the terraces of lakeside cafes and bars for a libation. Jazz-filled evenings at piano bars. The occasional night of clubbing until dawn, mingling with the bright, shiny denizens of the locality before dancing home through the streets as the sun rises above the surrounding mountains.

To live, to love, to laugh and to play in convivial surroundings – that is the essence of la dolce vita. Heretofore, I had heard about it, seen films about it and even dreamt about it. However, it was not until I found myself enveloped in its embrace that I fully understood the transcendent state of existence known as “the sweet life” as so perfectly realized in Ticino – that most singular and transformative canton located in the southernmost reaches of Switzerland. 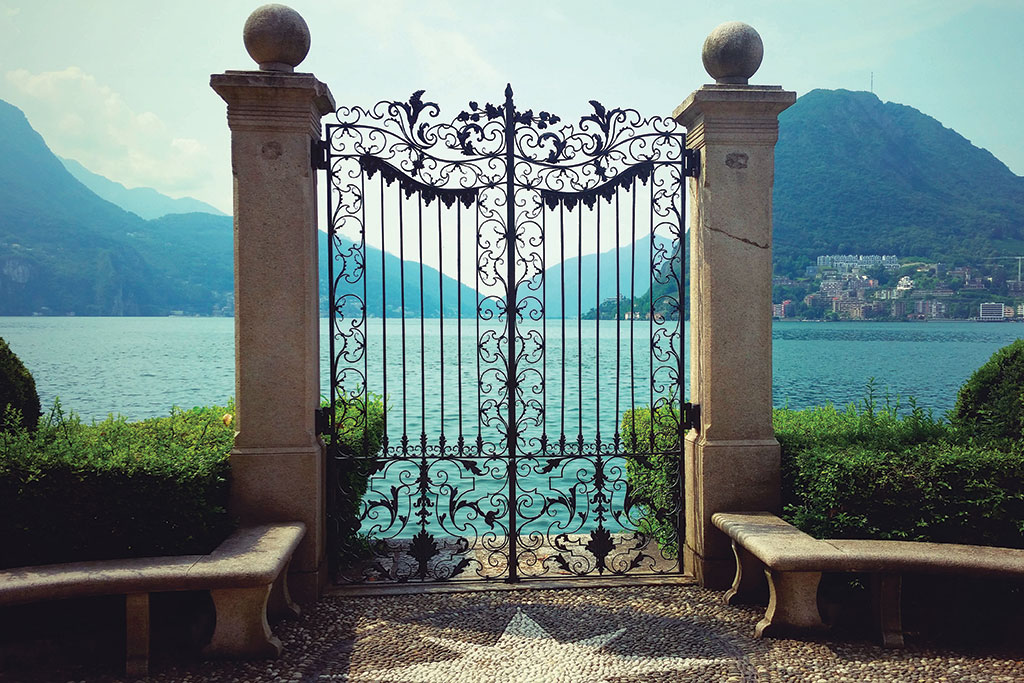 Having visited Bern, Basel, Zurich, Geneva and Interlaken since my college days, I almost snobbishly counted myself reasonably well versed in Swiss culture. On those earlier visits, I had, of course, always heard tales about Ticino but for years the Italian speaking corner of Switzerland, bordered by neighboring Italy, remained a mystery to me. In the wake of my recent visit, however, I must admit my grave regret that I can never get those lost years back. Because, with hindsight as my dearest friend, I recognized for perhaps the first time that, while I had been to paradise all over the world, I had never been to my own perfect version of the same until I opened the door to the world of Ticino.

My newfound love affair began in Lugano, the bustling little powerhouse of a town located in a bay on the northern side of Ticino’s staggeringly picturesque Lake Lugano. Perfectly situated on the shores of the lake, with stately views of mounts San Salvatore and Brè, my elegant, art-filled lodgings at the Villa Castagnola on the outskirts of the city center set the tone for my entire stay. Built as the winter residence of a wealthy Russian family in the late 19th century, the property and its surrounding gardens are imbued with the very romance of Ticino. Less akin to what one might expect of a traditional hotel and more like a very grand private villa, a visit to Villa Castagnola, if only for dinner or drinks, is worthwhile for the sake of savoring the grandeur of a bygone era that still encapsulates the spirit of the place. 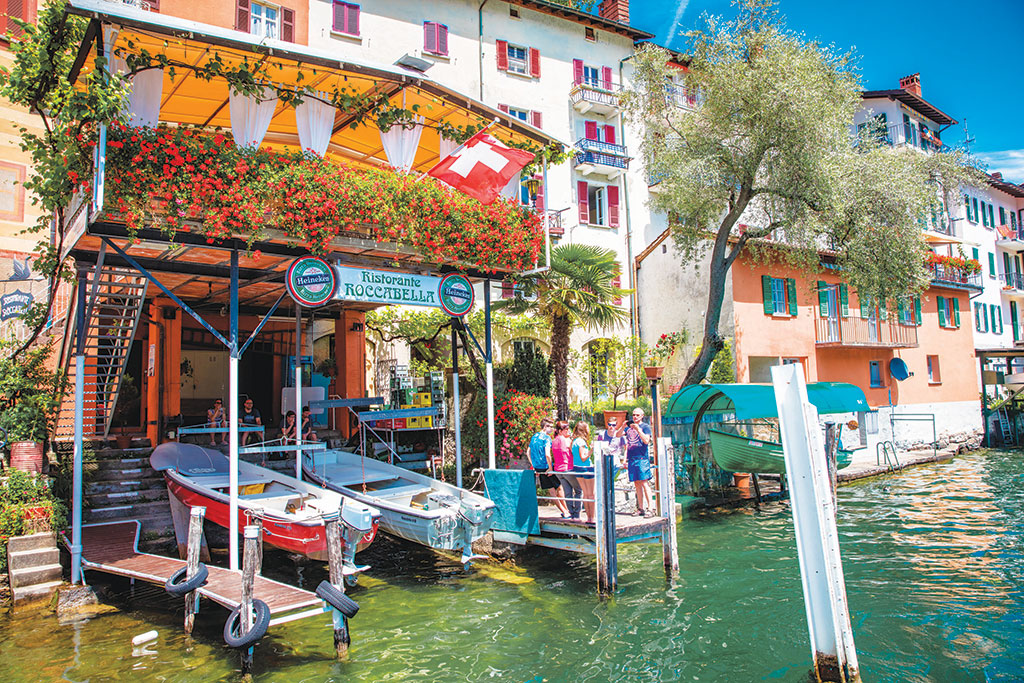 Upon settling in Lugano, it is practically impossible not to feel the call of the lake, the shores of which act as a tour guide to the uninitiated. Though buses run regularly from almost all points in town, including the Villa Castagnola, I opted to walk and explore on that first day.

Like a siren, my shoreline guide took me on a promenade through the stunning Belvedere Garden, where I roamed the flower-filled park dotted with sculpture by mostly Ticinese artists, before eventually finding myself deposited in the heartbeat of the city. I nipped into town and wandered along the chic Via Nassa, one of the city’s most exclusive shopping streets where names like Versace, Hermés and Armani commingle with other similarly high-end designer boutiques, bakeries and other eateries.

I also tripped along the Via Pessino where I sampled charcuterie, cheeses and other gourmet delights at, among other spots, the famed Gabbani deli shop, which was once a simple outdoor stand back in 1937 and is today a standalone store, boutique hotel and restaurant. I even stopped in at the impressive new LAC Lugano Art and Culture center, a magnificently contemporary space dedicated to visual arts, theatre and performance. So spectacular is the appeal of the LAC, that even the museum-phobic are likely to find themselves enchanted by the surreal qualities and extraordinary design of this space, its light-filled rooms, its non-stop calendar of events and its prime position overlooking the lake. 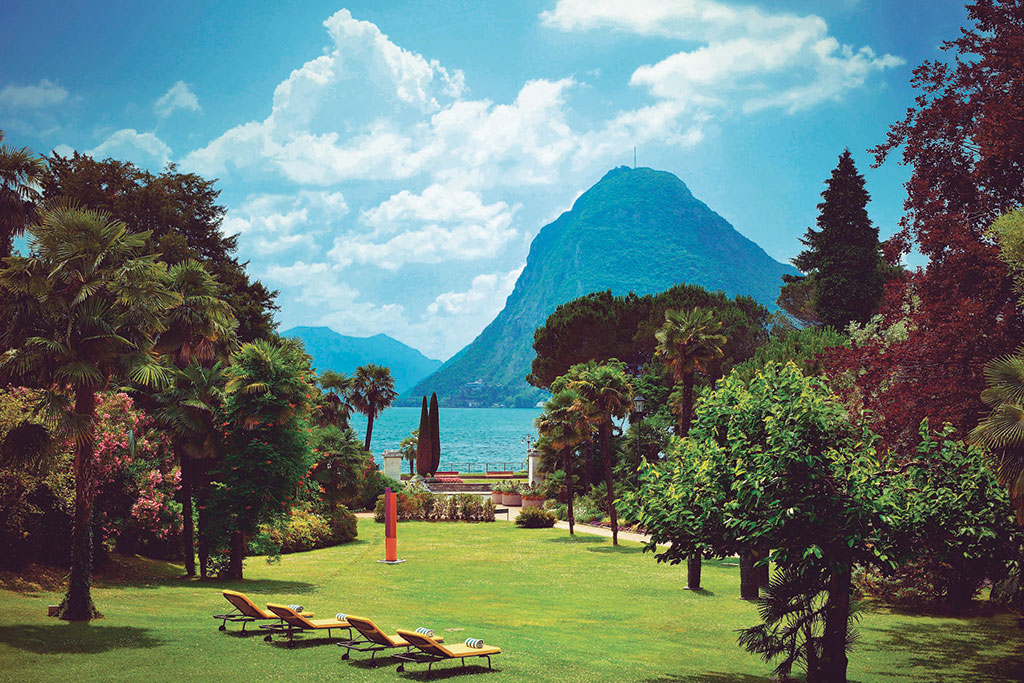 For lunch I hopped on a bus and found my way to the sleepy lakefront town of Morcote on the opposite side of Lugano, where the narrow streets barely support two-way traffic, small alleys winding mazelike through old stately homes abound, and a taxing 404 step climb leads up to the monumental Renaissance Baroque church of Santa Maria del Sasso where more breathtaking views of the lake and the mountains await. It is an exhausting but worthy climb that more than justifies a decadent lunch, which is precisely what I enjoyed at the Ristorante Della Porte overhanging the lake. More than two and a half hours passed by like a blip in time as I lunched on Mediterranean fare while staring out at the beauty of the former fishing village with a history that dates back to the 13th century.

With early evening approaching, I decided to take the ferry from Morcote back to Lugano so that I might catch a glimpse of the other side of Lake Lugano. Even under a slightly overcast sky that threatened a shower, I couldn’t resist the urge to sit on the open deck where I could be as close to the beauty as possible. I marveled at the lakefront homes, the architectural majesty of the Casinò Lugano and the hiking trail that traverses Monte San Salvatore en route to Morcote. Hard as it was to admit, in less than 24 hours, I had fallen wildly, impractically in love with this magical place. So much so in fact that despite the fact that I still had two more days of exploration ahead of me, I already felt pangs of sadness at the notion that I would ever have to leave. 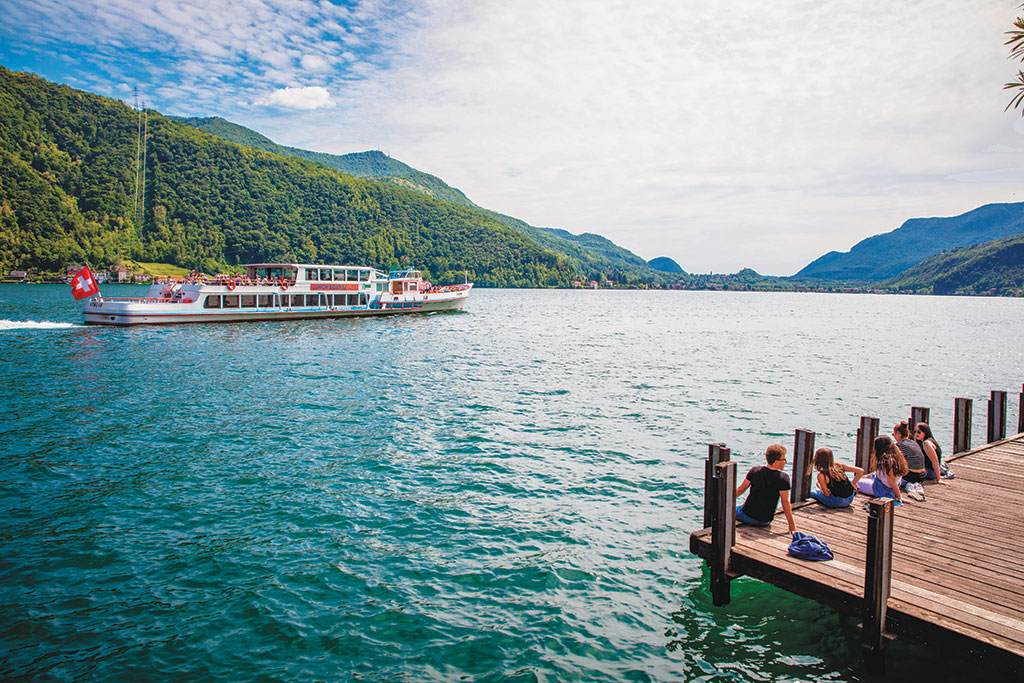 After the ferry docked, I made my escape and began to quickly shuffle back to my hotel for dinner. Along the way I passed a lively collection of pretty people splayed out on deck chairs, knocking back cocktails on a jetty by the lakeside. The place was called El Mojito and it smacked of authenticity.

I thought about my dinner reservation and checked my phone for the time, only to realize that there was really no time for a drink. Just as I was about to make up my mind that I should give El Mojito a pass until another day, one of the bartenders flashed a welcoming smile in my direction and it was then that I heard the words la dolce vita spring to the forefront of my brain. So I stopped. I stayed and enjoyed a few delicious cocktails. And, of course, I was very late to dinner but when living the sweet life, time is a trifle, while spontaneity, particularly in the fun department is everything.