Top Posts
Wilson Cruz and Other Celebrities Speak Out for...
Decorate Like A Designer With Jonathan Adler
Future Perfect Project Giving Free Concert at Lincoln...
Pack Your Bags and Prepare to Celebrate Pride...
Visit Lauderdale Launches New Campaign to Show the...
Tom Prior: The Star of the Gay Biopic...
8 Awesome Things to Do in Canada’s Banff...
Earth Day: 5 Countries Going Green and How...
Experience The Lexus International Gay Polo Tournament
Sonoma’s Gay Wine Weekend Returns in July
Home Our Voices • Our Lives John Cameron Mitchell Rereleases His Groundbreaking Film ‘Shortbus’ 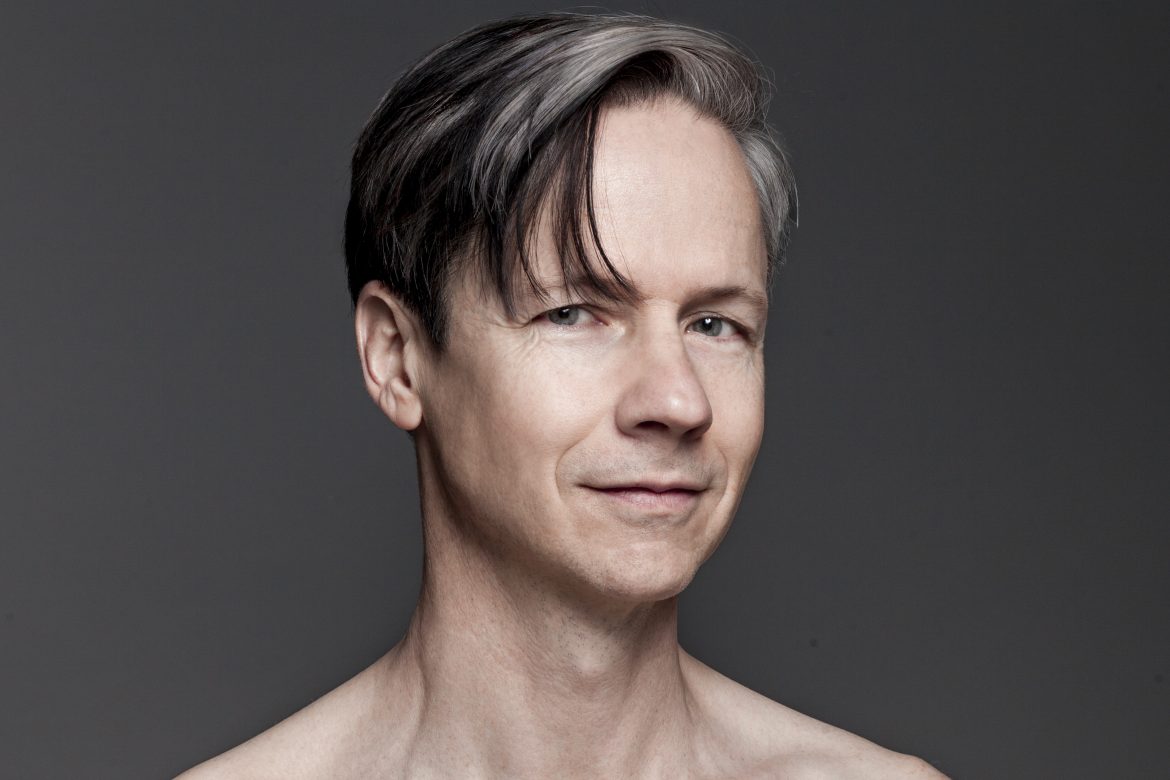 After 15 years, the controversial and acclaimed film will hit theaters once again, this time with a 4k restoration.

John Cameron Mitchell is rereleasing his film Shortbus with a new 4k restoration. The acclaimed but controversial movie famously examined sex, love, and being yourself.

In 2006, John Cameron Mitchell, who at that time was most famous for Hedwig and the Angry Inch, released a film called Shortbus. The movie was an exploration of love, sex, and everyone’s unique connection to both.

Fortunately, Shortbus performed well in the festival circuit, proving that behind the controversy was a provoking and engaging movie that deserved a rightful place in film history. Now, 15 years later, Passport was able to catch up with Mitchell to chat about his film and its new 4k rerelease which premieres on January 18.

Later in the year, fans can see Mitchell portray famed antihero Joe Exotic in Peacock’s upcoming Tiger King-inspired scripted miniseries. The series is also set to star SNL’s Kate McKinnon as activist (and Joe Exotic rival) Carole Baskin. Though the series has yet to receive an official title, it’s set to debut sometime this summer.

We’re now at the 15th anniversary of your acclaimed and controversial film Shortbus. What made you want to bring the movie back, and why now?

Well, our distributor actually went under a while ago, so Shortbus has been out of circulation for almost 10 years now and it couldn’t even be streamed. In some countries, the movie was banned, so getting DVDs from overseas was the only way for people to watch it. So, I felt it was time for the movie to come back so people could access it again.

Plus, I’ve always had lots of people come up to me and say that they saw Shortbus at certain points in their lives that was really helpful to them. A lot of people, especially queer people, said that sex was so scary to them, especially for those coming out of the AIDS era. So, I really wanted to make sure that the movie was available again for people because I wanted to give that safe experience to those who need it. 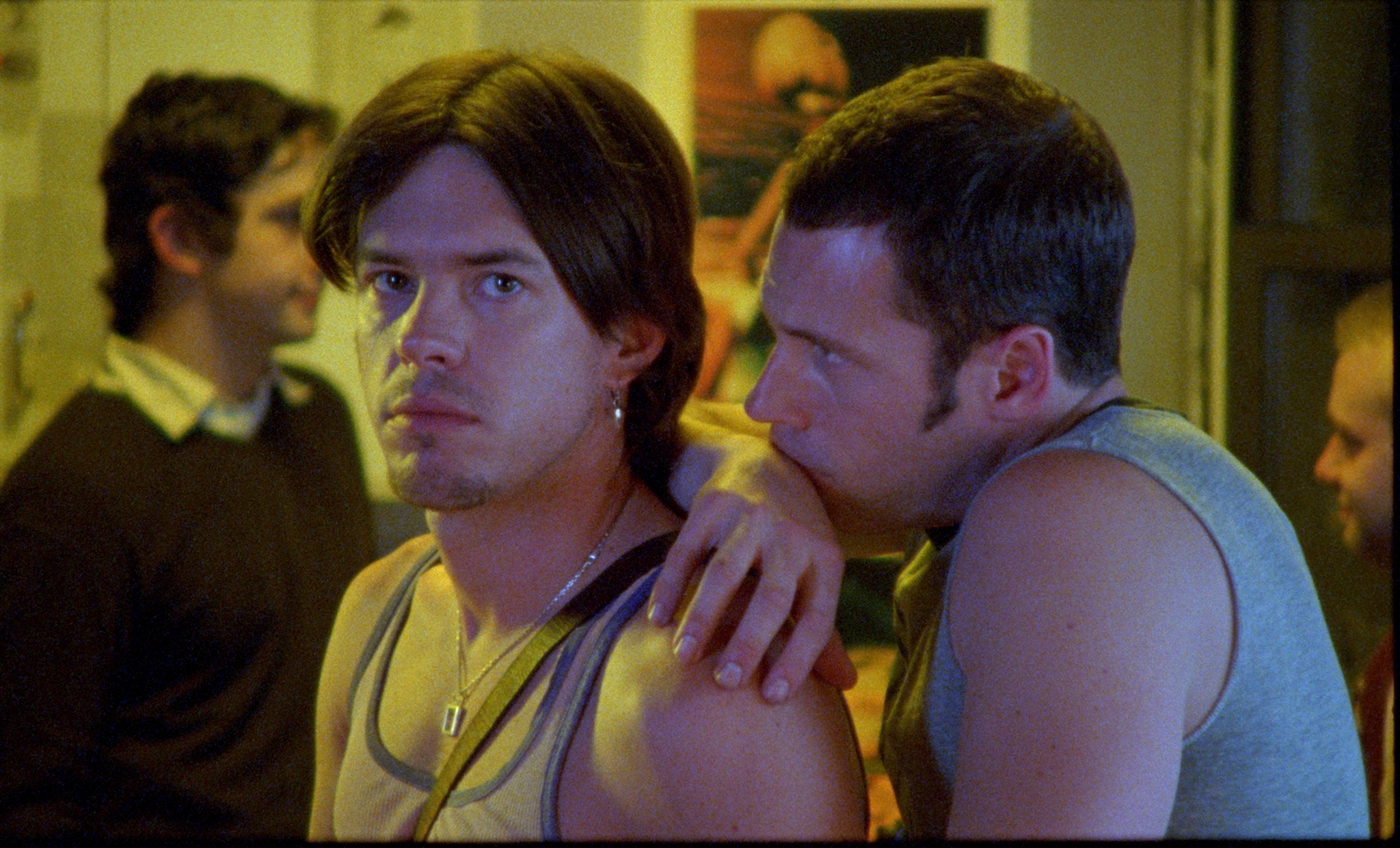 Exactly. Take one of the main characters, James, for instance. His problem in the movie isn’t that he needs sex. His problem is that he’s lonely. I really wanted Shortbus to go so much deeper than what people expected and to show that these characters are complex, just like real people are. Many queer people have a lifelong journey of having to overcome the self-hatred they’re taught when they’re young. So I really wanted this movie to be a way for those people to see a different side of life.

And, I think that someday we won’t have to deal with queer people hating themselves. I think that, in general, we’re heading in the right direction. Obviously, we’re going in the wrong direction right now, but I think as a whole I’ve seen positive change for the queer community. I think that the more people who come out and the more families who have members that are queer, trans, nonbinary…I think that all makes a difference to society as a whole. In fact, I personally identify as nonbinary. And to me, that’s always what Hedwig was about. It was about breaking down the walls of our binary society.

Do you feel that your nonbinary identity is maybe what inspired Hedwig? Was the character living a part of yourself that you weren’t able to in society?

Of course! That’s what drag is. Drag is like armor, behind which you can attack people, or build confidence. It’s almost like a cocoon. At the end of Hedwig, the drag needs to be ripped off (as shown in the finale). At the end of the film, I walk back out into the world naked as a way to notion not only leaving the drag behind, but also leaving gender behind.

I think that, ultimately, we all need to walk into the world naked and just say, take me as I am. This is who I am, this is what I have to work with, and my imperfections are beautiful. If you don’t think so, I’ll find someone else. We all have the right to define ourselves, or not define ourselves.

To me, both your movies, Shortbus and Hedwig , had a strange magnetic draw to them. I remember being a kid and seeing Hedwig in the video store. I didn’t know what the movie was about, but something about the cover alone just begged me to pick it up. The same is true with Shortbus. I remember first reading a small snippet about it in Premiere magazine and something inside me was just like: this looks new, dangerous, and challenging and I want to see it! Do you set out to challenge with your films, or is that just part of your style?

I do try to push things, but I’m also very much a populist in that I want to entertain and welcome everyone. I’m not trying shock for the purpose of “shock”. And, in fact, that’s proved to be somewhat difficult over the years. It’s made my films difficult to market and financially not very successful. Hedwig the movie was actually a flop. It wasn’t until it was released on DVD that it gained a new life. Shortbus made a bit of money, but it wasn’t a huge thing.

I really try to hit that sweet spot in my movies, where it’s open and accessible to audiences, but also pushes them to think about stuff, often using humor to make it more palatable and fun. Even my newer films like Rabbit Hole and How to Talk to Girls at Parties focus on some traditional concepts like family, whether traditional or chosen, and being a misfit, which is what I was growing up. So, I think there’s a lot of relatable characters in my movies, which helps get viewers onboard for the stories I tell. 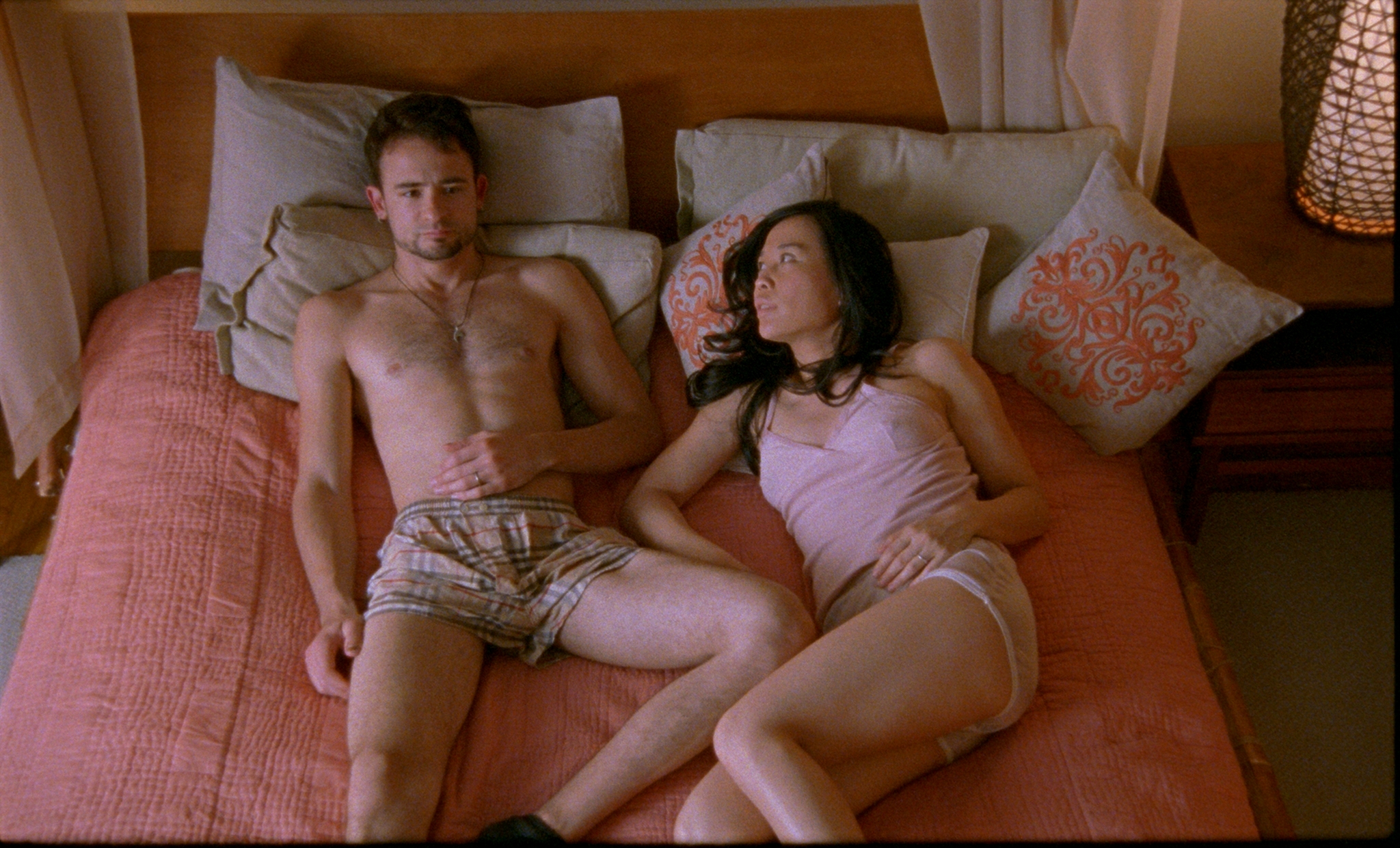 How do you think Shortbus will be received in 2022? When it first came out, we were nearing the end of the Bush years. Stephen Colbert famously ripped into Bush at the White House Correspondents Dinner, Americans were growing increasingly angry about being at war, and the early push for same-sex marriage was being made. There seemed to be an electricity in the air where society was begging to move forward, which is likely why Obama won by a landslide a few years later. But now, there seems to be this massive return to bigotry, nationalism, and subservience to classism, religion, and conservatism. How do you think the current state of America will impact Shortbus’ rerelease?

Well, I think social media has changed everything. It allowed people to go online and fester there. And Trump really used that to gain a massive following. Then, from all the atrocities of the Trump era, we’ve seen Wokeness emerge because it was the only way to fight back since Americans felt they couldn’t rely on the government to create positive change.

I think that the call for change happened so quickly on the left that it wasn’t fully thought through, which is how we ended up with cancel culture, where people were even starting to cancel their allies. And sadly, all this happens as Trump laughs.

To me, Shortbus is a safe place where you can think about what you learn there, and then take it out into the world. I want Shortbus to celebrate differences, and we do that by using the language of sex to discuss concepts that aren’t about sex. Shortbus uses sex the way a musician uses music. It’s used as a way to create the story. So, I’m hoping that people can set aside their attitudes and can just come in, absorb it all, and then take it with them into the world. I think moments like those are critically needed in society right now.

Shortbus will have its Los Angeles premiere on January 18th, followed by NYC on January 26th. After that, it will see a limited release around the country in cities like Seattle, Detroit, Portland, ME, and more.