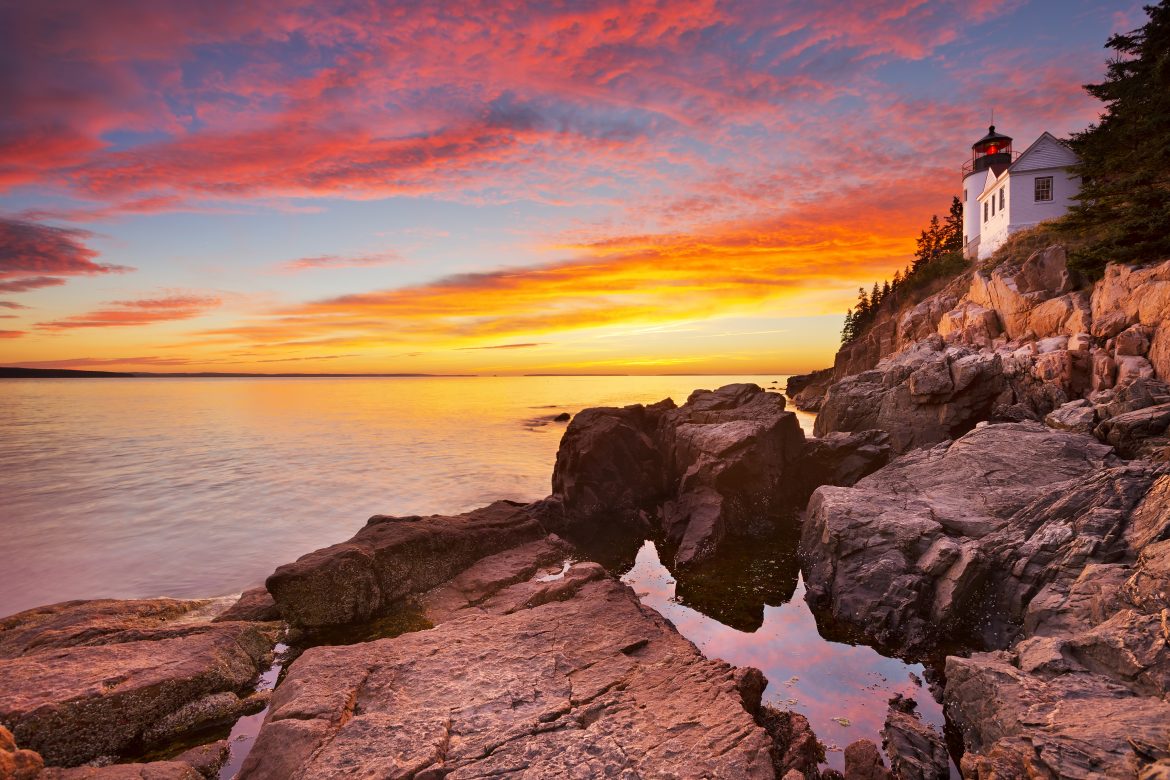 America is a big, beautiful place, filled with stunning destinations from coast to coast just waiting to be experienced.

What do you think are the most beautiful destinations in each state?  Last week we explored Alabama through Georgia; now, let’s take a trip through the most gorgeous locals from Hawaii to Maryland! America is a big, beautiful place, filled with stunning destinations from coast to coast just waiting to be experienced. 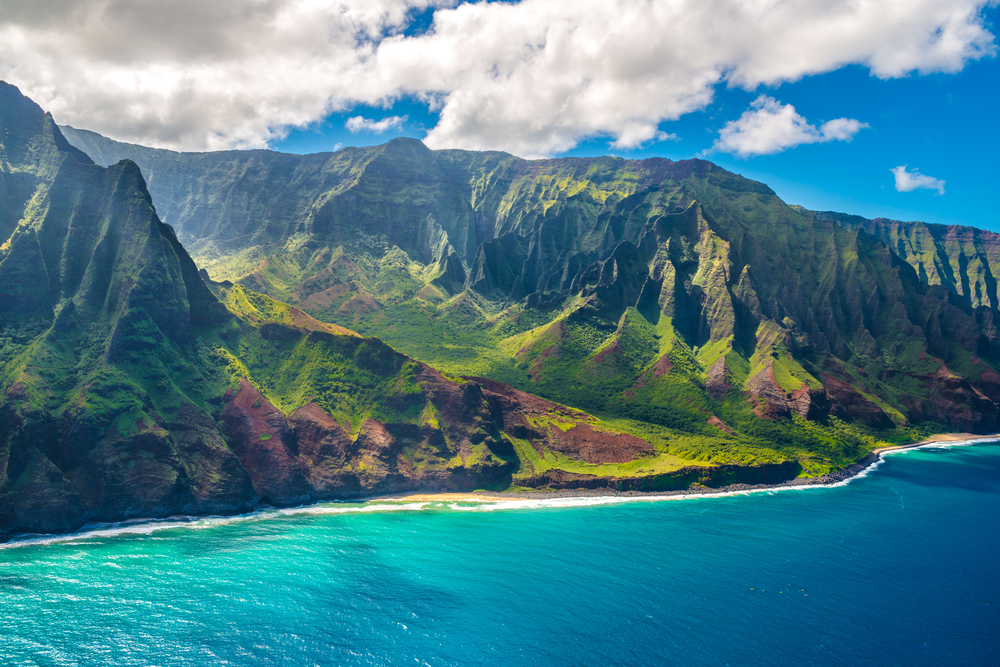 Towering, spire-like mountains, lush with tropical plant life, waterfalls, and deep valleys dominate the Nā Pali Coast on the Hawaiian island of Kauai. In fact, “Nā Pali” literally translates to “high cliffs”. Below the cliffs are pristine sandy beaches and crystal clear water. It looks so perfect you’d think it was straight from a movie…so it’s no wonder why the island was used for many shots in Jurassic Park. 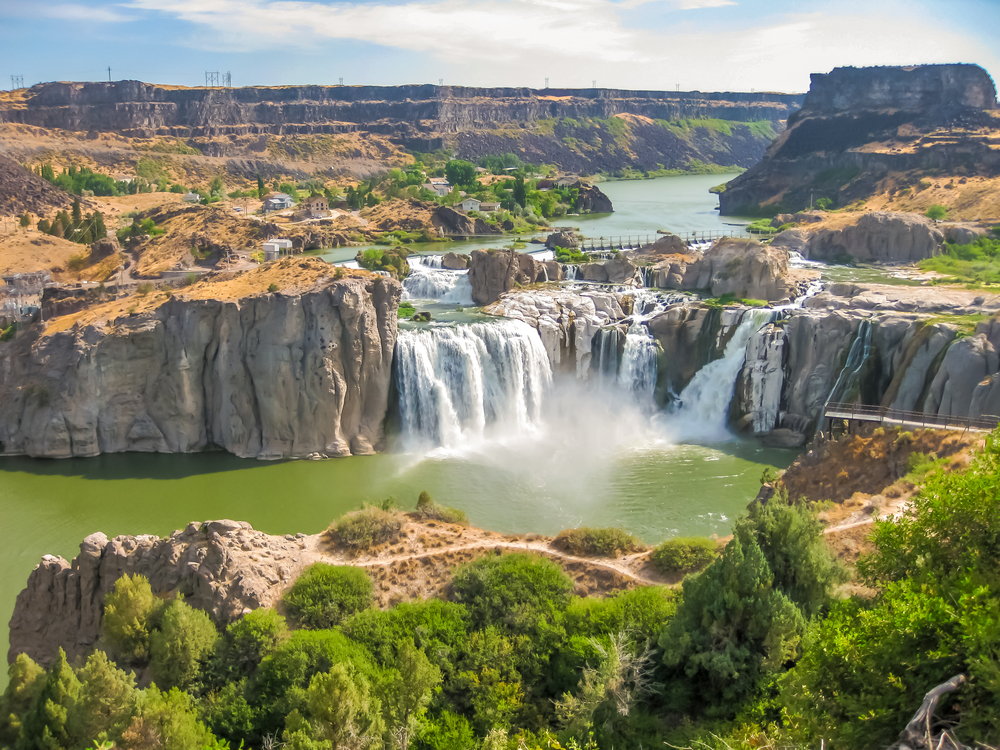 While often billed as the “Niagara Falls of the West”, the Shoshone Falls are all their own. The falls are 212 feet tall, 900 feet wide, and are surrounded by cliffs, buttes, and meadows. And this destination isn’t just beautiful, but also historic. The site has been visited by tourists for hundreds of years; there’s even records that show many travelers on the Oregon Trail would make detours to the falls to experience some of the West’s natural beauty. 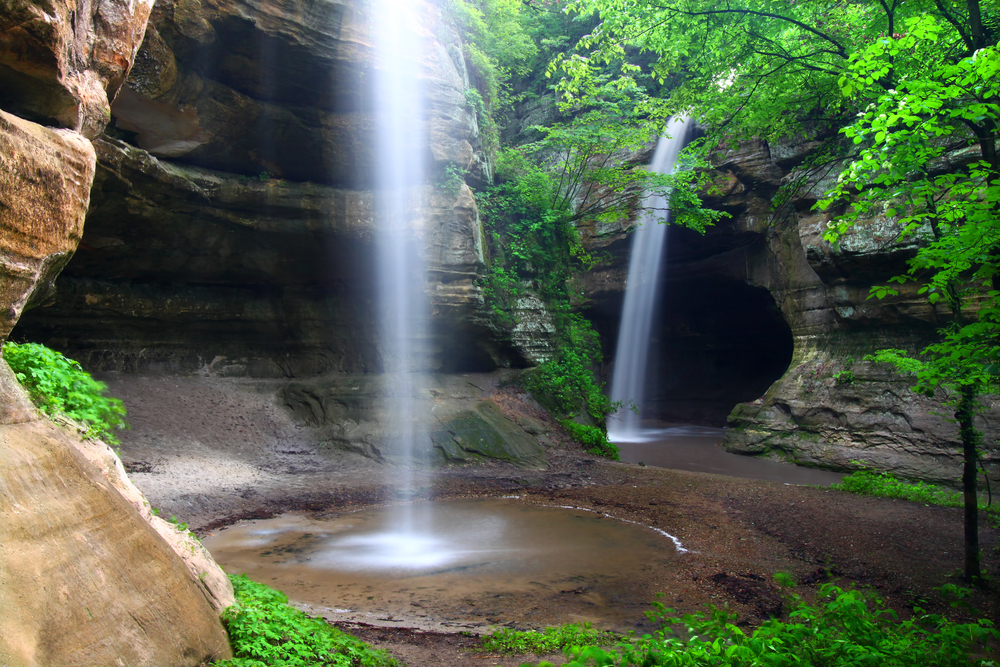 Starved Rock State Park, located southwest of Chicago along the Illinois River, was once a large sandstone bluff. However, as the glaciers from the Great Lakes melted, titanic floods spilled through the region. Slowly, the floodwaters carved away at the bluff, creating canyons – 18 in total. Nowadays, an oak forest has grown up around the mossy cliffs, and waterfalls dazzle visitors as they drop into cave-like openings. 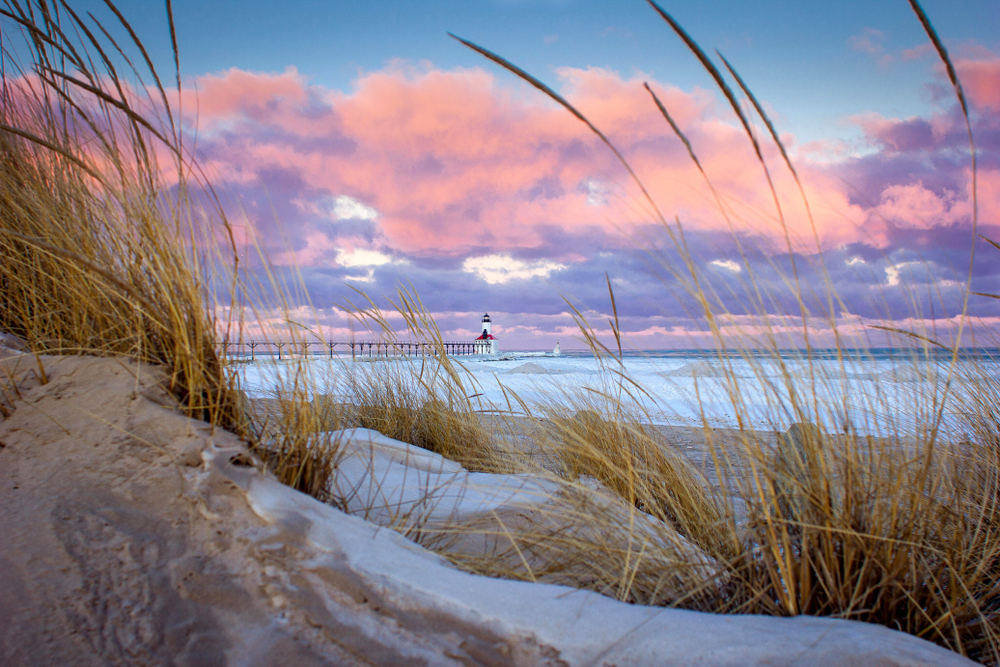 On the southern tip of Lake Michigan sits the Indiana Dunes. Forests and wetlands give way to prairies and fifteen miles of naturally occurring sand dunes, which can rise to 200 feet high. Surprisingly, the dunes even rank as the fourth most-diverse park in the entire National Park system, with over 1,000 species of plants and more than 350 species of animals calling this strip of lakefront home. 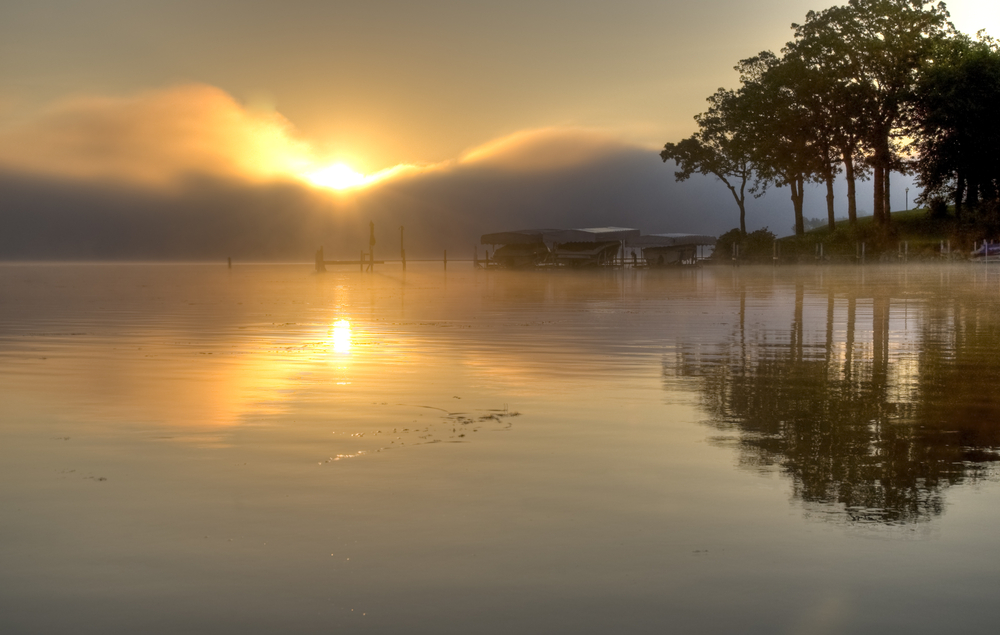 Most people wouldn’t consider a town in Iowa to be a water lover’s paradise. But Okoboji is surrounded on three sides by three massive lakes. Because of the abundance of water, the region had long been inhabited by the Sioux tribe and nowadays is filled with a laidback, small-town charm. Visitors love renting jet skis, paddle boats, and kayaks, and fishermen say the lakes are prime for yellow perch and walleye. The shoreline is also loaded with campgrounds, perfect for s’mores by the lake. 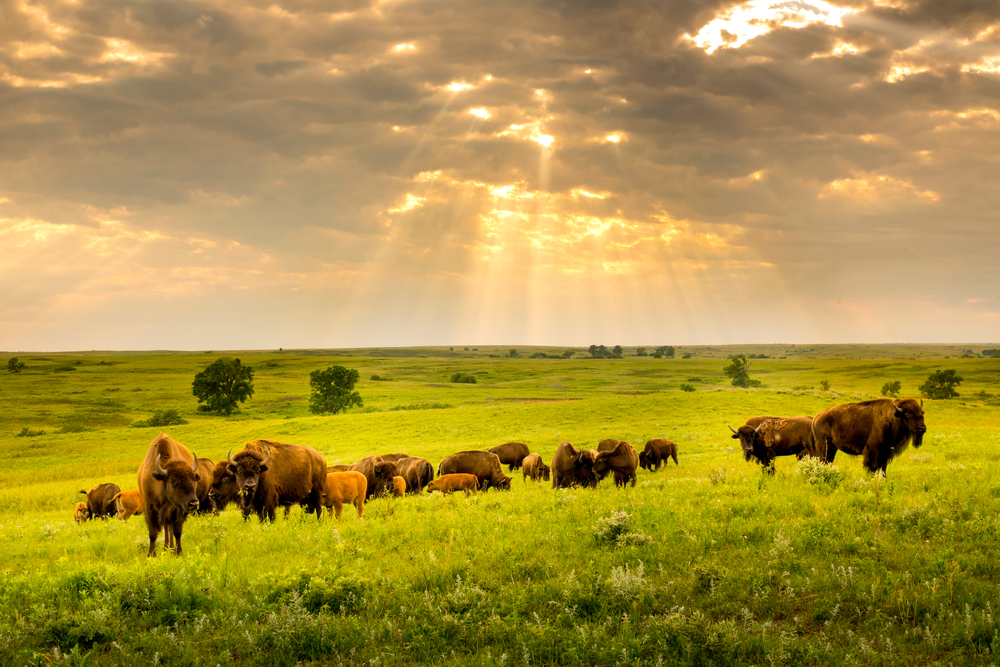 Today, only 4% of America’s tallgrass prairies remain. The Tallgrass Prairie National Preserve in Kansas has set out to keep the once sprawling ecosystem from collapsing entirely. The prairie is a dazzling sight of rolling hills filled with grasses and wildflowers that attract butterflies and songbirds. But the most famous resident in the preserve is, of course, the bison. These majestic animals were almost poached to extinction in the 19th and 20th centuries, and now the remaining herds are protected to help keep the species alive for generations to come. 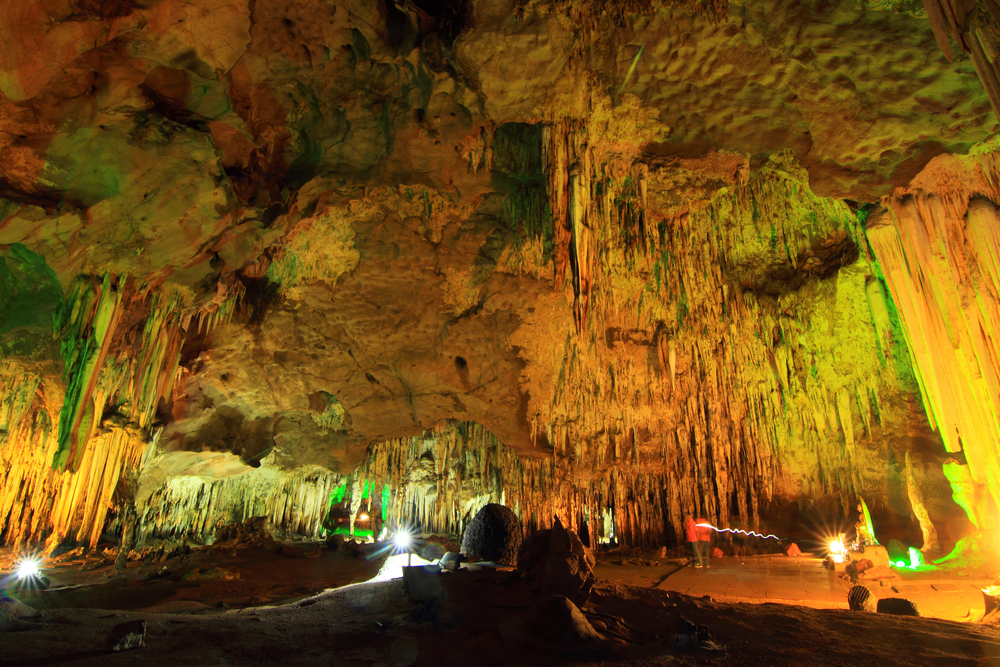 The largest cave system in the entire world is in rural Kentucky. Mammoth Cave, which sits almost directly in the middle of the state, is at least 415 miles long, and as exploration continues, more and more miles of caverns are reported each year. Beyond the awe-inspiring beauty of the towering caverns and underground rivers, Mammoth is also an important ecosystem. The cave houses many species of bats, amphibians, birds, plants, and crustaceans that are extremely endangered or nearly extinct outside of the cave. When visiting, be sure to bring a jacket. Even though surface temperatures can hover around 90 degrees in the summer, once you’re in the cave, the temperature can drop as low as 54 degrees! 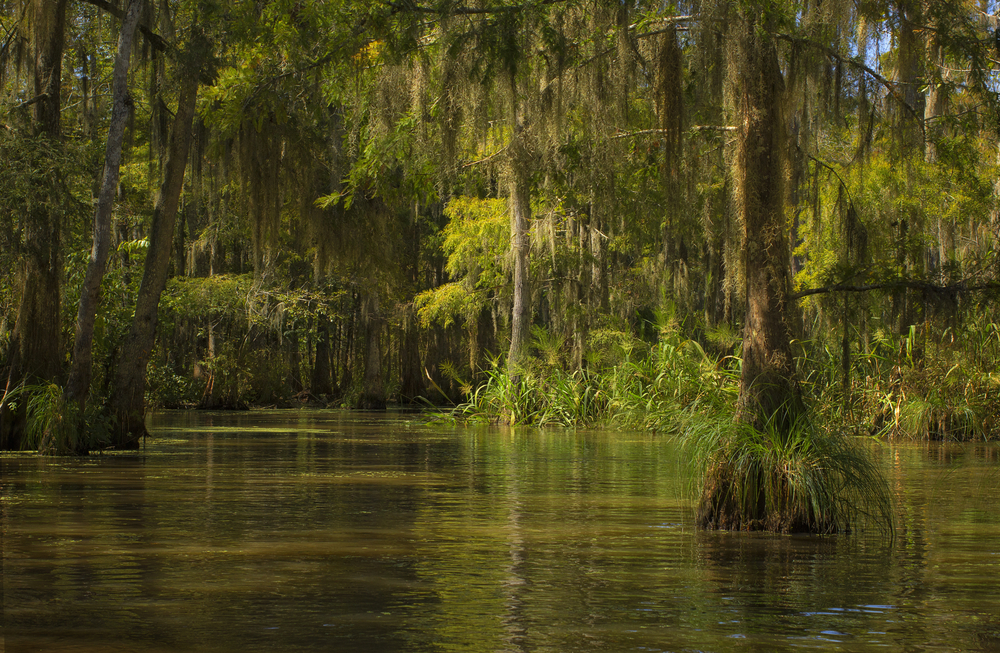 The Honey Island Swamp, located across Lake Pontchartrain from New Orleans, is considered one of the most pristine, untouched swamplands left in the entire country. Its vivid beauty is both haunting and majestic. The swamp provides a home to alligators, black bears, owls, eagles, and even a famous Louisiana legend: The Honey Island Swamp Monster. Ask anyone in the state and they’ll tell you they know at least one person who has seen the mythical beast roaming the swamp at night. 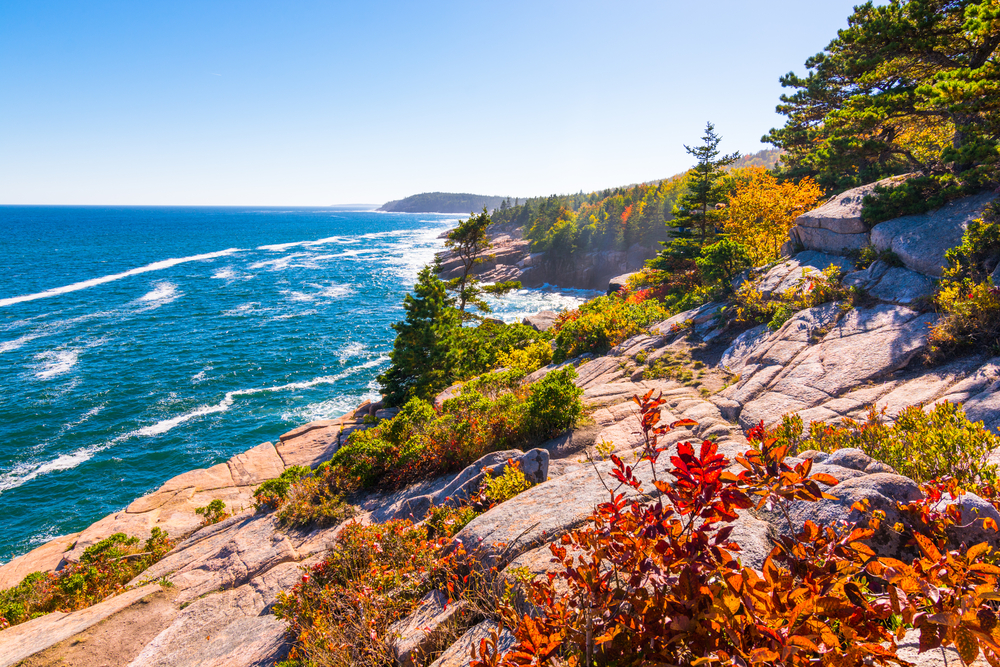 Acadia, which encompasses various islands and bays off the Maine coast, was the first National Park to be founded east of the Mississippi River. It’s loaded with seaside mountains, pine forests, crystal clear tide pools, humpbacks breaching out of the ocean, as well quaint New England cottages, lighthouses, and general stores. It’s quite literally picture-perfect (Acadia is regularly used in commercials, billboards, and in films, including Pet Semetary and Shutter Island). 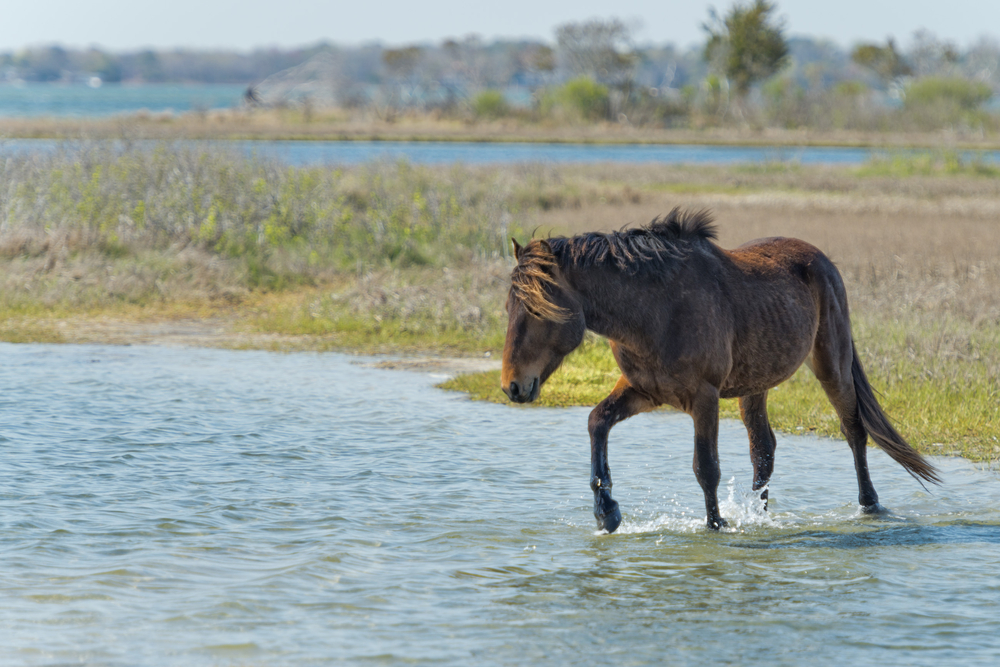 When Hurricane Dorian made its way up the east coast in 2019, everyone kept asking, are the horses safe? That’s because America’s most famous wild horses live on Maryland’s Assateague Island. The horses are a favorite for travelers and have developed unique social behaviors and feeding habits because of their environment. Local lore states that the horses arrived on the island after surviving a shipwreck off the coast. However they got there, one thing is clear, there are few things on this planet more majestic than watching a wild herd of horses gallop alongside white sand beaches.

You may also enjoy: