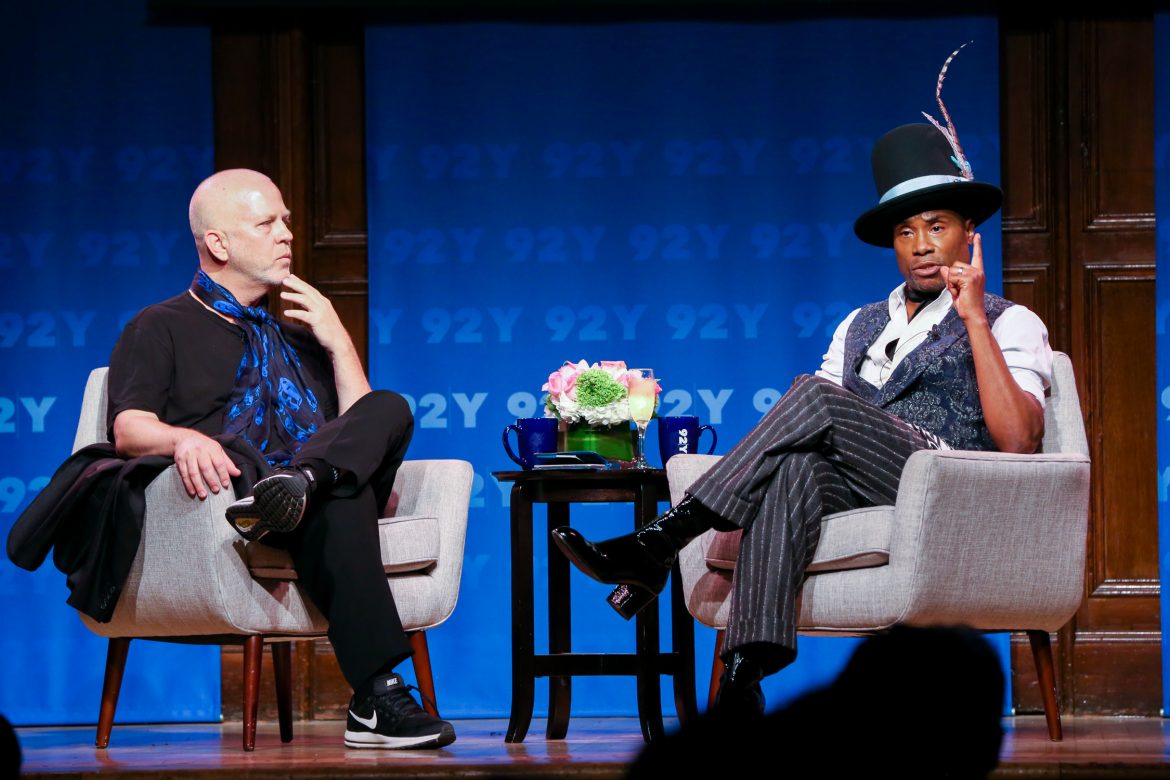 A conversation between Billy Porter and Ryan Murphy is just one example of the numerous archived events that the 92Y is offering for free on their YouTube channel.

The 92Y, a massive cultural, fitness, and community center located in Manhattan’s Upper East Side, is celebrating Pride by offering free access to many of its LGBTQ-themed digital events from the last sixty years. 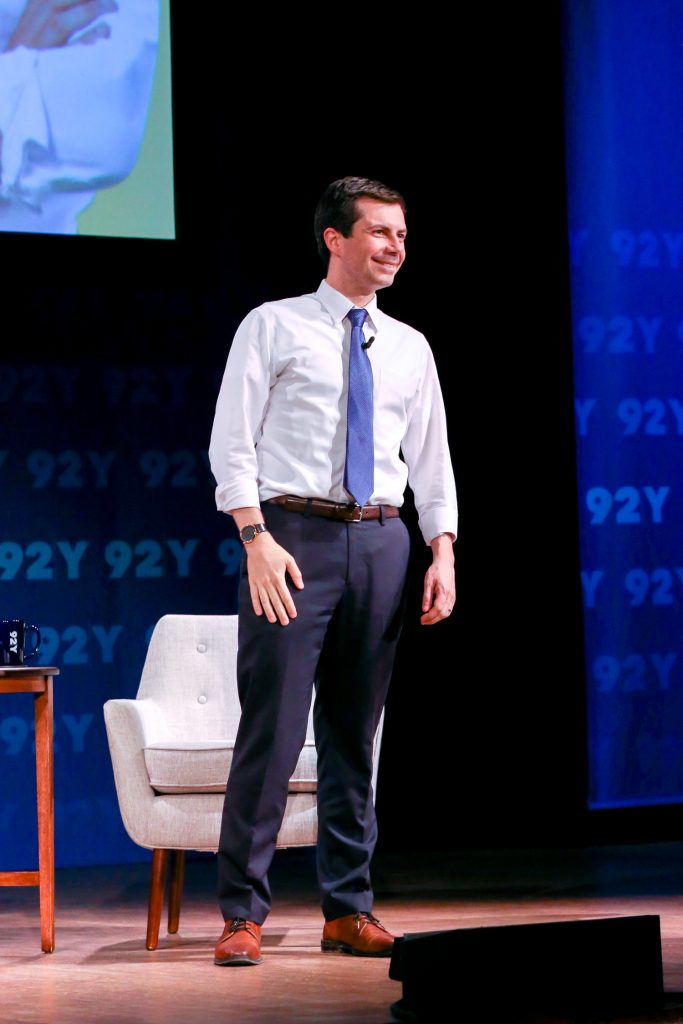 They’ve created a YouTube playlist that’s loaded with exciting and informative content and features conversations and performances by some of the most prominent LGBTQ figures in modern history.

Included is an audio recording of Truman Capote reading his hit novella, Breakfast at Tiffany’s, in 1963; George Takei and Jordan Roth chatting about the Broadway musical, Allegiance; a conversation with then-mayor Pete Buttigieg discussing what he believes are the most pressing issues in American society; and many, many more.

Below is a full list of the free digital series, containing talks about literature, politics, Jewish life, entertainment, activism, and more.

Then-Mayor Pete Buttigieg in Conversation with The Washington Post’s Jonathan Capehart
May 22, 2019

Hear this rising star in the Democratic Party talk about the issues facing America and why he wants Democrats to reclaim the words “freedom, democracy and security.”

Sarah Schulman in Conversation with Alexander Chee
May 19, 2021

Sarah Schulman discusses her new and relevant work Let the Record Show, a historical record and guidebook of the early years of ACT UP and the AIDS epidemic.

Edith Windsor was the woman at the center of the groundbreaking case that led to the Supreme Court decision to overturn the Defense of Marriage Act and clear the way for marriage equality. She’s joined by Roberta Kaplan, her attorney, and the Emmy Award-winning comedian and actress Judy Gold, to discuss the implications her case has on the fight for gay rights in America.

David Boies and Ted Olson on the Right to Marry: A Bumper Sticker Is Not an Argument
Mar 20, 2012

Ted Olson and David Boies were the opposing lawyers in Bush v. Gore, the Supreme Court case that decided the outcome of the presidential election in 2000s, but the two are good friends. Even more strikingly, they have joined forces in the fight to overturn Prop 8, California’s ban on gay marriage.

With performances by Christine Baranski, Nathan Lane, Michael Urie, Michael Benjamin Washington and Christy Altomare, and a screening of Every Act of Life, plus a conversation with Terrence McNally, Chita Rivera, Jeff Kaufman, and special guests.

One of his generation’s most brilliant comic actors, the two-time Tony winner Nathan Lane joined us to talk about his life in theater, his recent triumphs as Theodore “Hickey” Hickman in The Iceman Cometh and more.

Hear how actor George Takei’s story has become the inspiration for Allegiance, the Broadway musical in which Takei also stars, as he talks with Jujamcyn Theaters president and owner Jordan Roth.

Grey talks about his new memoir, Master of Ceremonies his journey from Cleveland to Broadway and Hollywood; coming out at the age of 82; and what’s next for Joel Grey.

Join Fierstein, Urie and Ruehl as they talk with Jordan Roth, president of Jujamcyn Theaters, about what it means to bring this historic piece of American theater back to the stage today.

Tony Kushner with Isaac Butler and Dan Kois on Angels in America
May 4, 2018

Richie Jackson and Queer Eye’s Antoni Porowski in Conversation: Gay Like Me
Jan 29, 2020

Award-winning producer and writer Richie Jackson and Queer Eye star Antoni Porowski discuss Jackson’s new book, Gay Like Me: A Father Writes to His Son, introduced by Jordan Roth. The book explores gay identity, parenting a gay son and the progress and setbacks of the LGBTQ community over the last 50 years. 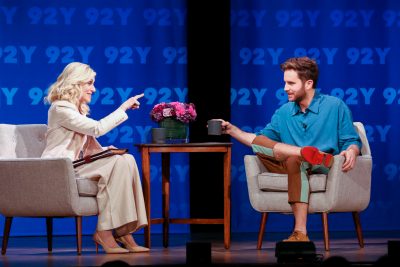 Join the Tony, Grammy, and Emmy Award-winning star of the highly anticipated Netflix series, The Politician, for an intimate conversation with Emmy and Tony Award-winning actress and activist Judith Light.

Join Rabbi Scott Perlo for an intimate conversation with transgender activist Abby Stein to discuss her journey from ultra-Orthodox rabbi to woman of trans experience.

Celebrate Purim: Stories of Courage with Leaders of the Brooklyn Liberation March and Rabbi Samantha Frank (with Raquel Willis and Eliel Cruz)
Feb 25, 2021

Join leaders of the Brooklyn Liberation March, Raquel Willis and Eliel Cruz, and Rabbi Samantha Frank as we break down the art of storytelling and make connections to the ever-relevant themes of Purim.

All the events can be viewed on YouTube, courtesy of the 92Y. You can check out the playlist here. 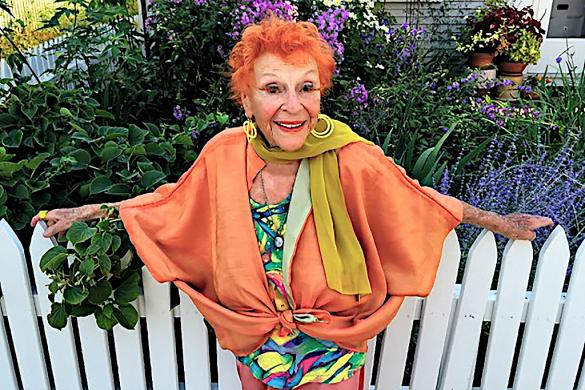 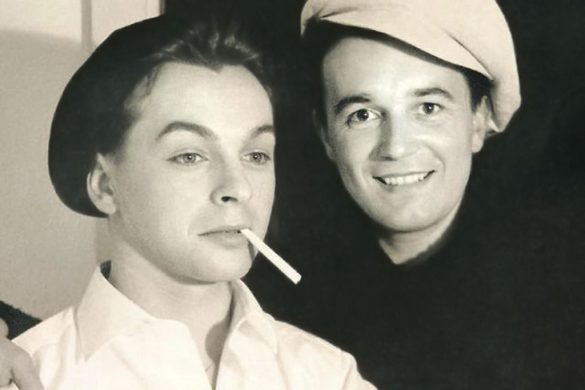