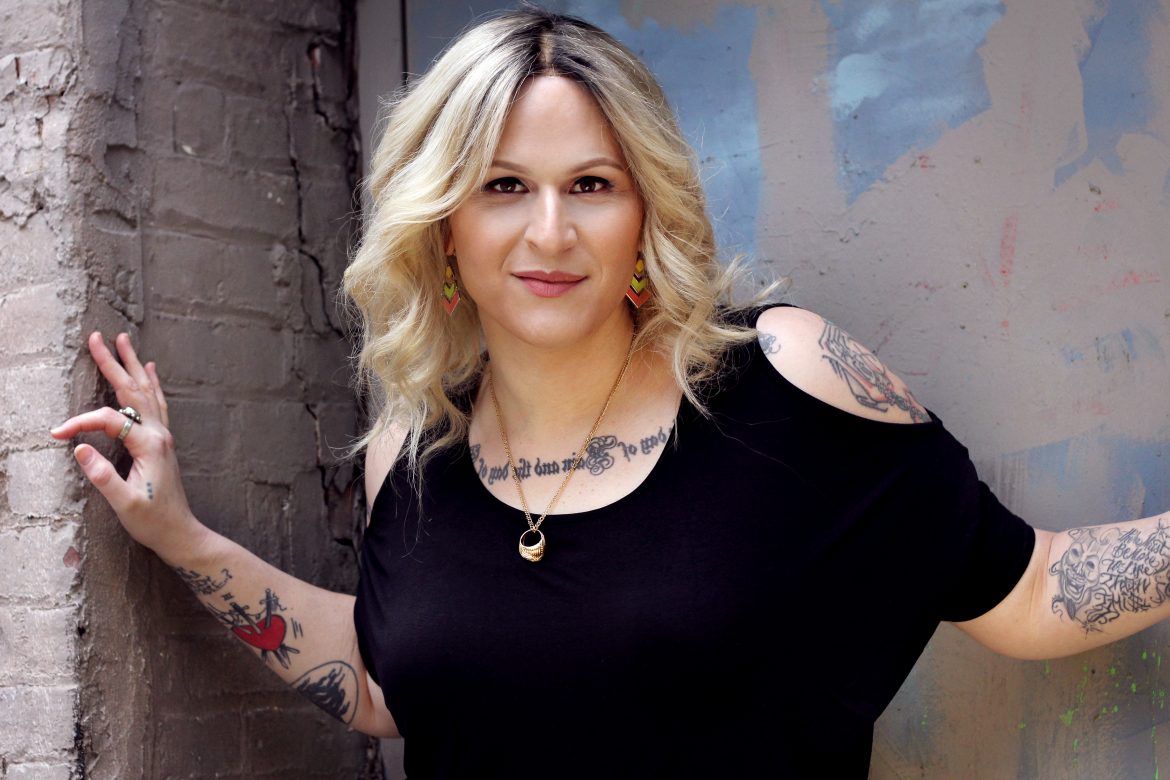 Shakina Nayfack is the first transgender person to have a starring role in a network comedy!

NBC’s new series Connecting… follows a group of friends as they navigate life during the coronavirus lockdown. The show’s pilot episode begins the story in March of 2020, right as the country shut down. The sitcom, filmed like a Zoom call between friends, tackles 2020 America in a humorous, hilarious, and heartwarming way.

The show has also broken new ground for equality, casting actress Shakina Nayfack as one of the main characters, making Nayfack the first transgender person to have a starring role in a network comedy. I was able to catch up with this rising star to talk about the pandemic, her new show, and what her role means for the trans community.

Ok, for starters, how in the world did this show come together? It’s so soon after the actual events, how did you make it all happen?

(Laughs) Well, I don’t know all the events that went down before I became a part of the show, but for me, it was like an audition I never thought I’d get. It was one of the first shows to start filming after lockdown, so I was like, everyone is probably sending them audition tapes…so I was like, yeah, I’ll audition, but I’ll never get the role. I came into the show very much by surprise (laughs).

Once we were all signed on and ready to make the show happen, it basically came together from pure determination. We all knew how important this moment was and how difficult lockdown was. We knew it was important that we create a show where people could revisit those events with humor and compassion.

A vast majority of the show looks like it was filmed on Zoom. How did you actually make the series?

It was a total crash course in production. Lots of Zoom meetings and iPhones…

Wait, so the entire show is actually filmed using iPhones?

Yep. So, basically, the entire cast and crew had a big zoom call, which was used as a big feed for our cameras. So we would shoot into one of the phone’s cameras, and the director and DP were watching us, giving us feedback from another. They would tell us how to change our sitting positions or to move around objects in our apartments, it was crazy!

We were the ones who would mic ourselves up and capture the audio, we were the ones operating our cameras (phones), and we were the ones putting up and taking down our sets after each shot. It was such a unique experience. And you’ll notice there’s a few shots each episode that are shot using a bigger camera…we had to learn to operate those cameras ourselves too! 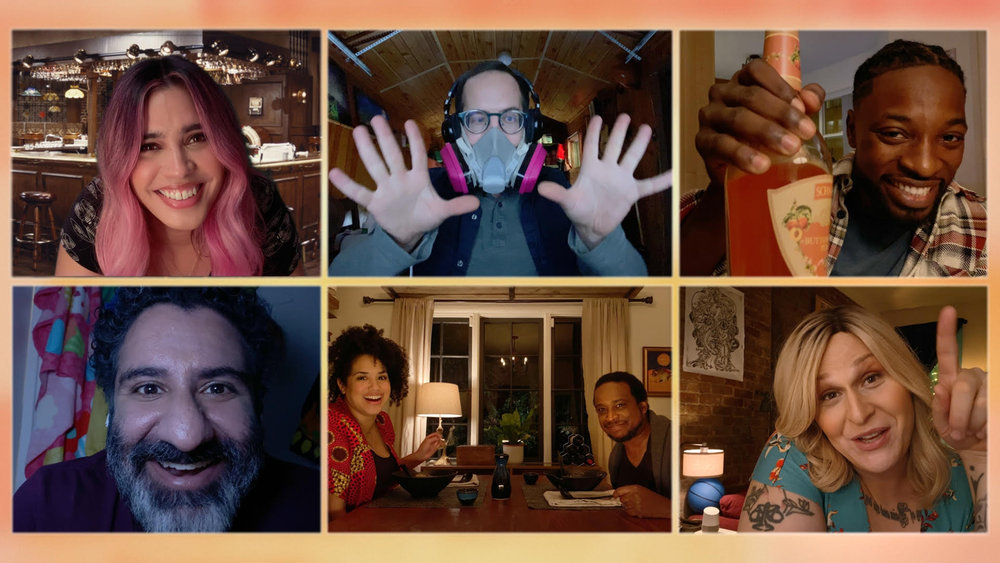 I think the wounds of lockdown are still really fresh and we’re still reeling from the impacts of the pandemic. Was it difficult for you to revisit such a horrible time so soon after it had ended?

Well, it’s interesting because I live in New York, and you know, we got hit so hard and so soon. The bottom fell out in New York really early on. So, by the time we started filming, New York had already starting flattening the curve before the rest of the country had their big breakouts over the summer. But it was certainly a lot to process. It was very powerful to relive it all.

Speaking of New York, I was trapped here during lockdown too, in my tiny little room, with two roommates who had just become unemployed. And here in NYC we got hit so early on, when nobody knew what was going on and there was that constant sound of an ambulance blaring on every single street in the city… It was absolutely terrible. And while most of the show’s characters live in LA, one of the characters is a nurse in New York City. And I swear, the second she appears, I was like…Thank you! I think it’s so important for the nation to hear what it was like living here during the outbreak.

Yeah, after she first shows up and has her big opening scene I literally told the writers that it felt like Larry Kramer’s The Normal Heart monologue for this era. It was the first great monologue from the point of view of a frontline medical worker during the pandemic. It truly felt iconic to me, so I’m very excited for audiences to watch her character’s experience.

There’s also another really powerful part of this series…from my understanding, your role in Connecting… makes you the first trans woman to have a lead role in a network comedy. Has it sunken in yet that you’re an absolute trailblazer who is about to change television forever?

Wow, yeah it’s such a huge moment, but I’ll be honest, for me, it feels more like a win for the community. It feels like a victory for the collective siblinghood of trans people everywhere. There were so many trans actors who paved the way for me to be in this position. People like Laverne Cox, Jamie Clayton, the entire cast of Pose, Chaz Bono, I mean…there’s honestly so many people who helped get society to the point where it is now. So yes, I am thrilled that this moment will go down in the history books, but I’m also thrilled that it’s a celebration for the whole community! 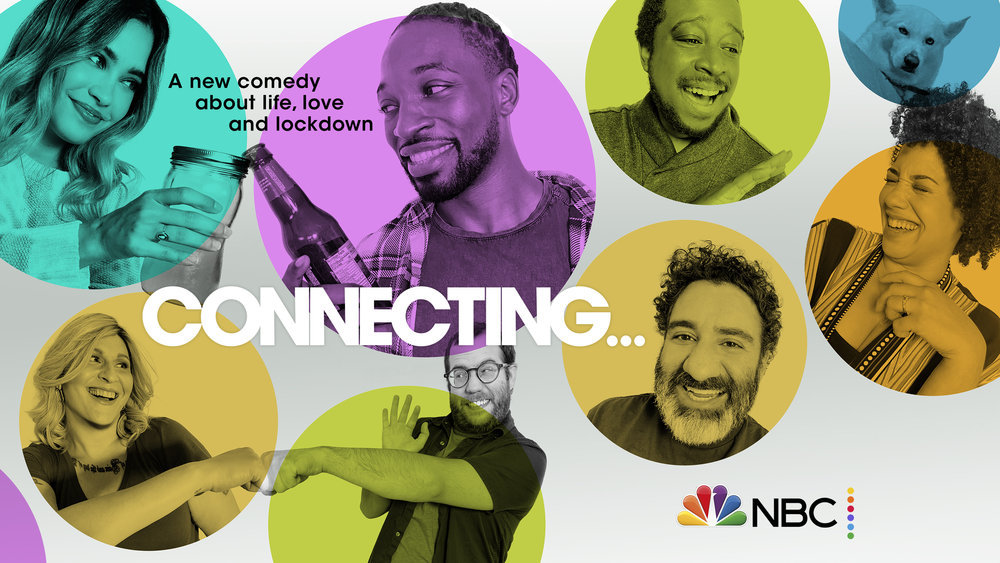 I got to see a few sneak previews of episodes before this interview, which was super exciting, and I noticed that being trans is a part of your character, but your plotline doesn’t just revolve around the fact that you’re trans, which I loved. I remember growing up it used to be if you saw a gay person in media, they were either just coming out, or they were dying of AIDS. And I was like…do gay people ever just live their lives? Was it important for you to show that your character was more than just trans?

Well, what’s interesting is that the character wasn’t written as trans. It wasn’t until I was cast for the role that I was like, ok we’re going to make her a trans woman. And one of the first things they did after bringing me onto the show was they hired a trans screenwriter. So we had a trans person in the writing room, which also helped really bring authenticity to the story. And that’s awesome because that’s the kind of stuff that really makes a huge difference. But yes, I wanted to be a full, well-rounded character.

And you know, I don’t even think we mention that I’m trans in the first episode.

I noticed that as well! It wasn’t until episode two that it’s even brought up.

Yeah, which I loved because it’s like, the audience meets my character just as they would any other person. And then you get to see a lot of my character’s growth through the season, which is a lot of fun.

What are some of the things you really hope the audience takes away from the show?

I hope people feel less isolated. I hope they can see a bit of themselves or their friends in us. And I hope they can feel their own experiences of the trials and triumphs of 2020 are valid from watching us.

And how about you personally as an actress? Do you have anything fun coming up?

Well, obviously, I’d love a second season to Connecting… I think it’s such a fun show and because of how current it is, there’s just so much material we can play with. As far as my other work, I wrote a play called Chonburi International Hotel & Butterfly Club. It’s all about my time in Thailand recovering from my gender confirmation surgery, and all the wonderful people of the community I met when I was there.

It was going to premiere at the Williamstown Theatre Festival, but because of COVID, they’ve moved the festival to Audible. So, this fall, my play will be performed as a radio play and will be streaming online and through the Audible app. I’m very excited and proud of it because it’s my own story and was inspired by so many brave people.

‘Connecting…’ premieres Thursday, October 8th at 8:00 p.m. ET. For more info on the cast and to see sneak-peak clips, check out ‘Connecting…’ at NBC.com