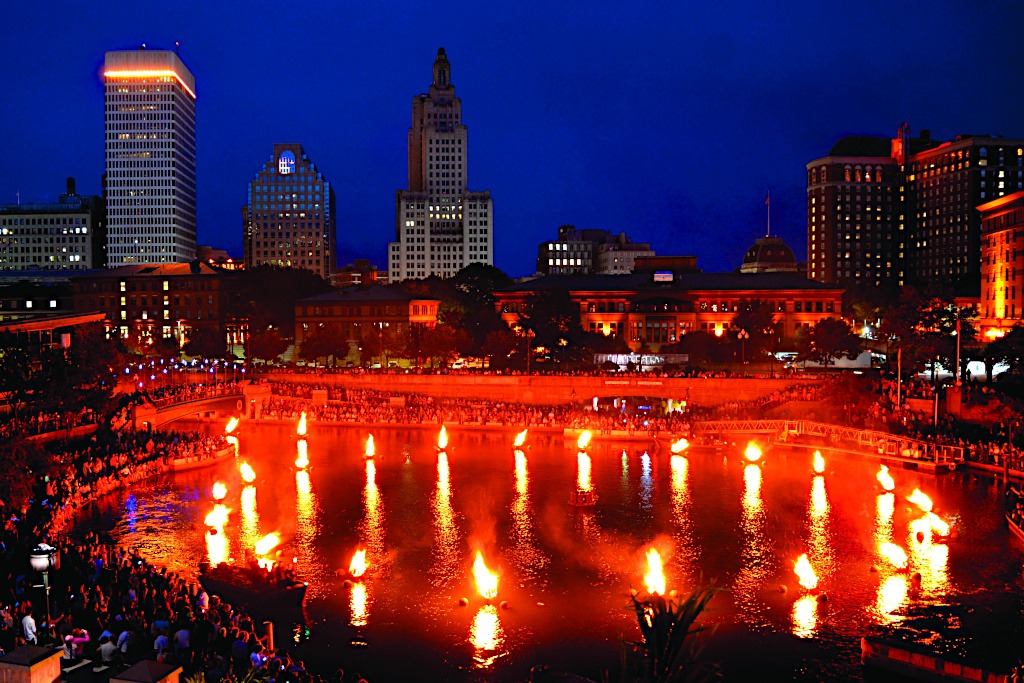 WaterFire. Tel: (401 )273-1155. For this year’s 25th anniversary of his enchanting festival of fire, water and
music, founder Barnaby Evans is paying artistic tribute to the 50th anniversary of the Apollo 11 mission that put
man on the moon. “WaterFire’s goal is to inspire people and unite the community,” he said. “I want to recapture
the astonishing vision and leadership of that time.” www.waterfire.org

The Avenue Concept (TAC). 304 Lockwood Street. Tel: (401) 490-0929. Since 2012, founder and artistic director
Yarrow Thorne and his team have tirelessly championed public art as a sustainable ecosystem for transformation
and engagement. TAC murals and outdoor sculptures around the city continue to energize and elevate
Providence. www.theavenueconcept.org

RISD Museum. 20 North Main Street. Tel: (401) 454-6500. From Egyptian sarcophagi and historic costumes and textiles to provocative shows like “Bona Drag: An Incomplete History of Drag and Cross-Gender Performance in Film and Video Art,” the Rhode Island School of Design’s genre-spanning museum is an art showcase for the ages. www.risdmuseum.org

Lovecraft’s College Hill Walking Tour. Renown came posthumously for Providence-born horror master H.P.
Lovecraft. Speculation swirls that he was secretly gay. Certain, though, is his enduring appeal, LGBTQ locals
among the faithful. Doubling as visitor center and bookstore, Lovecraft Arts and Sciences, inside downtown’s historic Arcade Providence, is one of 34 stops on this self-guided tour. Others include the 1838 Providence Athenaeum library, once frequented by Edgar Allen Poe, and Instagram-favorite Fleur-de-Lys Art Studio. www.hplovecraft.com/creation/sites

Renaissance Providence Downtown Hotel. 5 Avenue of the Arts. Tel: (401) 919-5000. From washing
away decades of graffiti to shoring up walls, fashioning this classy 272-room AAA Four Diamond
gem in the shell of an unfinished 1926 Masonic temple was one of the largest restorations in state history.
Today, restorative elements include the award-winning Public Kitchen & Bar and majestic VIP suites
overlooking the Rhode Island State House. www.marriott.com/hotels/maps/travel/pvdbrrenaissance-
providence-downtown-hotel 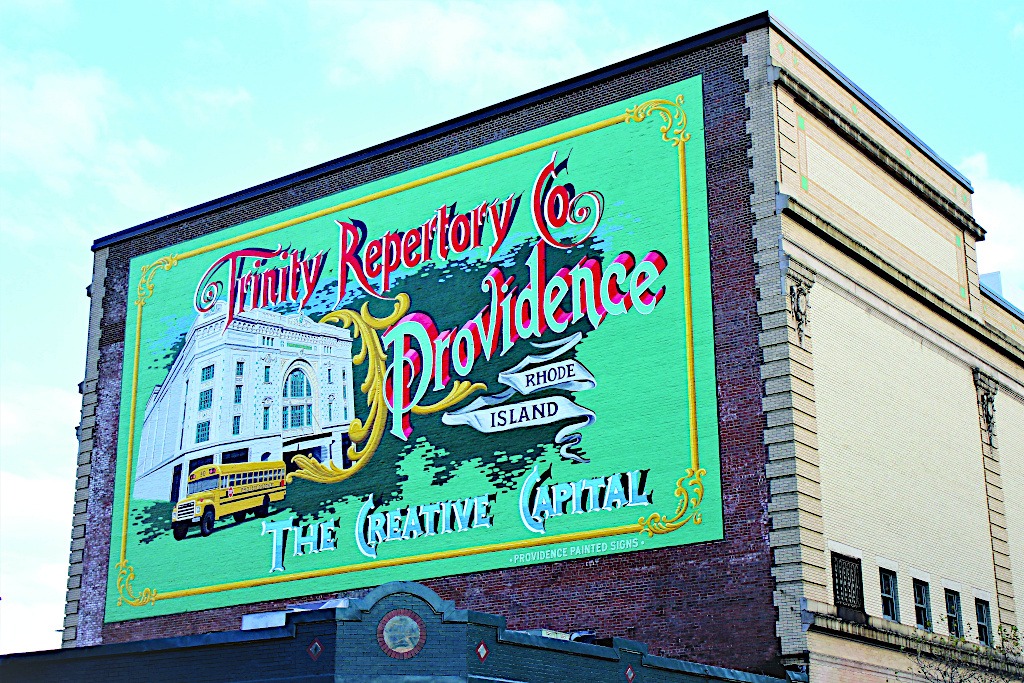 Il Massimo. 134 Atwells Avenue. Tel: (401) 273-0650. Mamma mia, what would the nonnas say! Actually, grandmothers join bikers, bankers and others for the risqué drag brunch at this top-ranked Federal Hill trattoria. Presented on the first Sunday of each month, it’s amazingly affordable entertainment at $25 per person for the three-course meal. Featuring
ingredients sourced locally and direct from Italy, the multi-regional menu, including my knockout spaghettoni alla carbonara, is also sensational. Just don’t be late or inattentive during the show—your hostesses will pounce. www.massimori.com

The Dorrance. 60 Dorrance Street. Tel: (401) 521-6000. With marble floors, soaring ceilings and the heraldic
shields of past financial titans memorialized in the stained glass windows, the former lobby of this landmark
1902 bank building is a yesteryear appointment for hand-crafted cocktails and New England fare. www.thedorrance.com