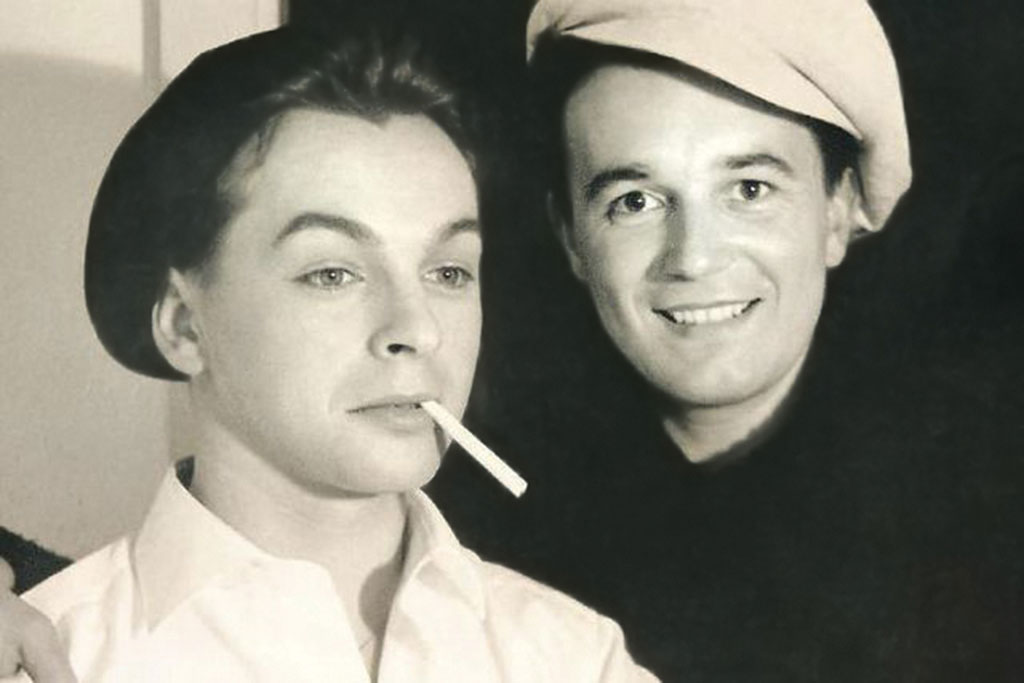 Röbi and Ernst met each other for the first time at the gay Barfüsser-Bar in Zürich, November 3, 1956. In 2016, they celebrated 60 years together.

Röbi and Ernst met each other for the first time at the gay Barfüsser-Bar in Zürich, November 3, 1956. In 2016, they celebrated 60 years together. We have been friends with them for 20 years. At dinner one night in Zurich, we asked them to share a story with our readers about their amazing travels together around the world. Here is the story of their first trip together.

Our first holiday together (our honeymoon trip) was a journey to Greece in the summer 1957. We were both 27 and traveled on small budgets with rucksacks and an air mattress each. In Athens we got a cheap room in a hotel with ladies waiting for customers. They were very sweet calling us “our Swiss Kids” and even defended us against the ambitions of the housekeeper who quite openly wanted sex with us. Some Greek men obviously were straightforward regarding their so not straight sexual likings. 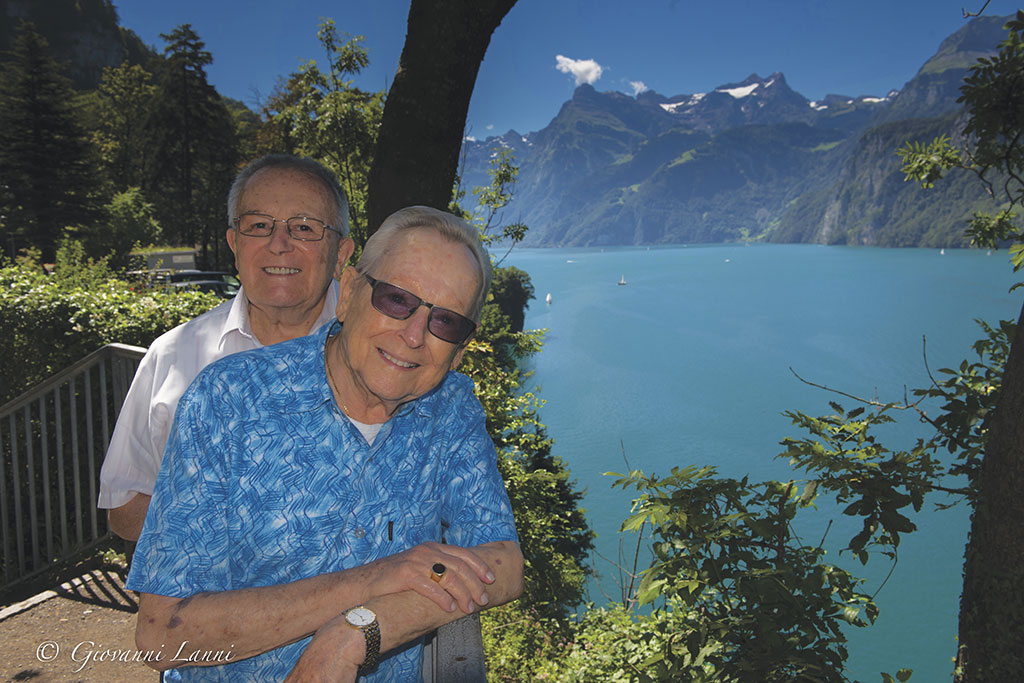 It was hot and we naturally wore shorts, something not even young locals did in those days. The siesta time was called “the hour of Pan” after the ancient god of music, lust, and sex. Well, needless to say, we did not want to spend those holy hours in our sticky little room, so we went out into the parks and rocky hills surrounding the Acropolis. Some other people did so too, mainly men. 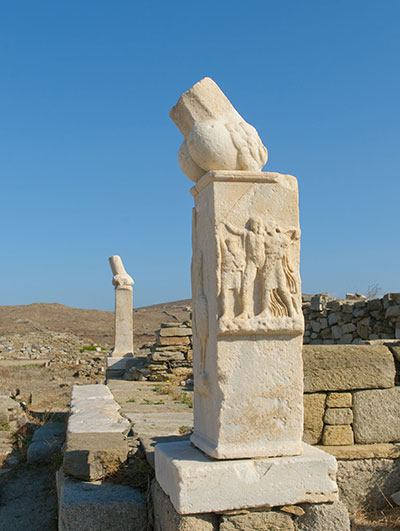 Elderly men sat in the shadow of trees. When we passed by, many of them whistled and waved to make us come close, and by their gestures we knew that they wanted us to lie down and have “some fun” with them. It seemed natural to them; it was not really embarrassing to us, but truly a new experience. In fact it was a rather positive one, for it proved habits of ancient Greece were still alive.

Mykonos, the lovely and now popular gay island, was also part of our programme. The ship from Piraeus arrived around midnight. We were the only foreigners among many Greeks getting on the small kaik boat that took us from the ferry to the sandy shore. A group of islanders waited there looking for guests who would want to rent a room in their houses. One of them was a tall young man of about 18 with blond curly hair. Of course we headed for him quickly and he brought us to his parents home. His name was Christos.

The next day he offered to take us to Delos, the neighboring island. This was perfect since a visit there was the main reason we were here. He took his father’s Kaik and soon we stood on one of the holiest places in the ancient Greek and Roman world. Apollo, the radiant God of light and the arts and his sister Artemis, the virgin Goddess of hunting, both were born here as the Divine Twins. And next to our side we had Christos, a living Apollo himself. At that moment we knew luck was with us, and would certainly be part of our further journey through life.

Another stop we made was in Nauplia (Nafplion as the Greeks call it), a little harbor town from where we planned to visit many surrounding places of long past cultures, cities, sites of art, religion, wars, and murder. These places were connected to names like Hercules, Agamemnon, Elektra, and the God of Medicine, Asclepius (nearby Epidaurus with its famous theatre was dedicated to him). 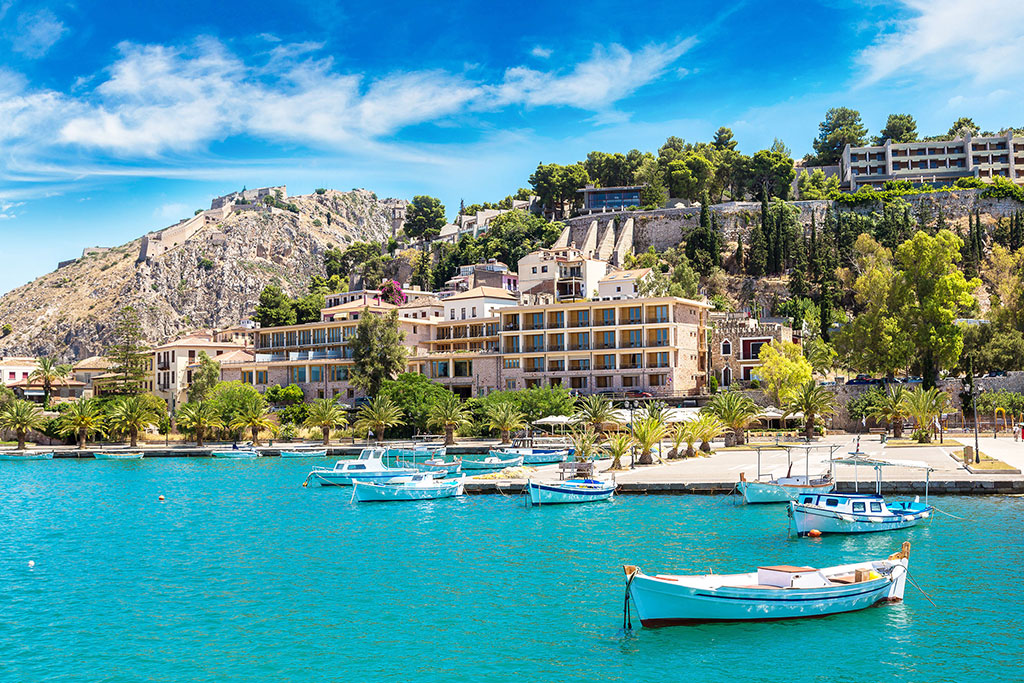 We loved our stay in Nafplion, often having an early swim in the clear bay before breakfast, celebrating Pan’s holy hour in the shade of a lonely cave by the stony shore, and sometimes an evening climb high up to a former Turkish fort to enjoy the sunset with its colors of fire reflecting on the motionless sea. It was bliss, and a great way to celebrate our honeymoon, of course.

Two years later we came back, but stayed for only a couple of hours. Nafplion still was the same quiet harbour-city, almost a sort of Sleeping Beauty waiting for her fairy prince. But some beginning of change gave us the idea for a third and longer stay. It was the new and beautifully placed Xenia-Hotel, perched on top of a hill overlooking houses, ships, and the bay. In 1962 we booked a room in the well-designed hotel and spent a marvelous time there. 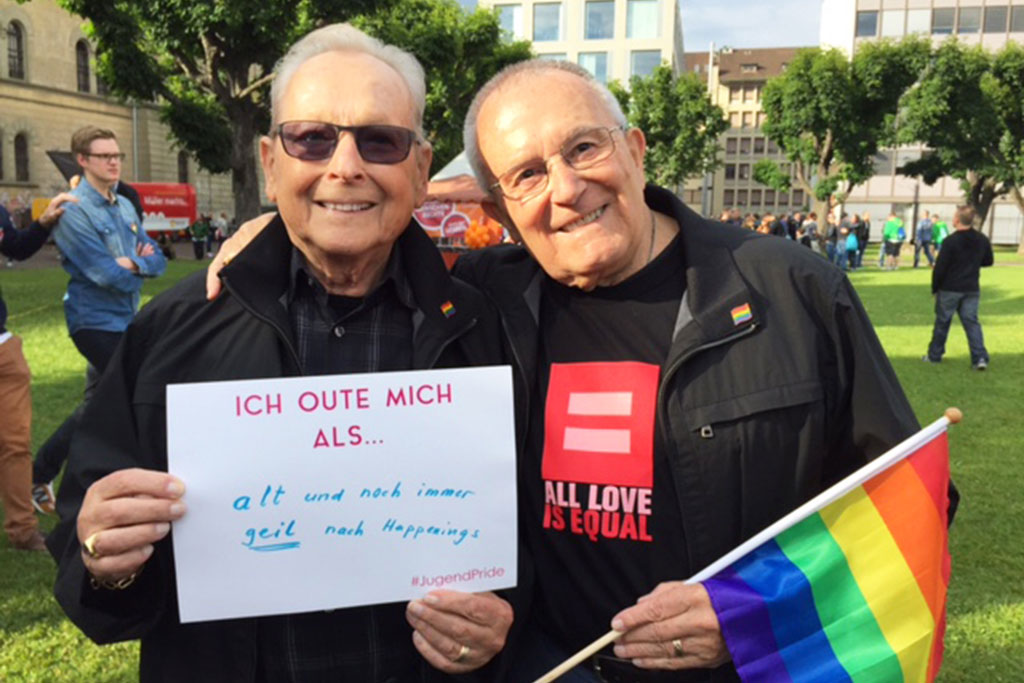 Once we went to the Epidaurus theatre to see and hear famous Maria Callas as Medea in Cherubini’s opera. Unforgettable. On the many spare days, however we took up the daily rituals of five years before. One day Pan himself appeared during his special hour and he did so in the form of a gentle looking young man, obviously heading for the same quiet cave which we thought was our secret shelter. He seemed shocked to suddenly discover the cave was occupied by two naked men, but soon he got interested and came closer. We ended in a rather wild sort of ceremony in honor of the hairy and ever-horny great master Pan, who played his flute inspired with passion.

Angelo (our modern day Pan) came to our hidden cave nearly every day at noon for a short swim “after”—as we used to say. He spoke only Greek, but never mind, music needs no words.

Tell Us Your Story: http://bit.ly/2eYqTS0 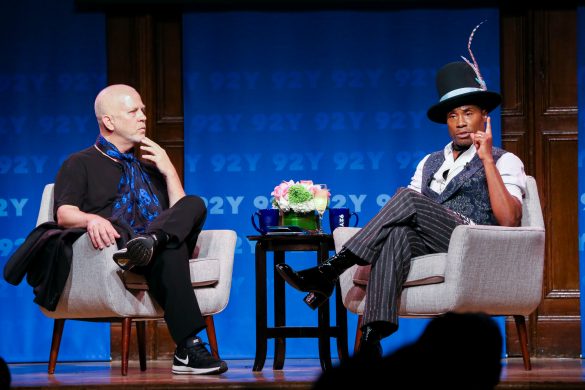