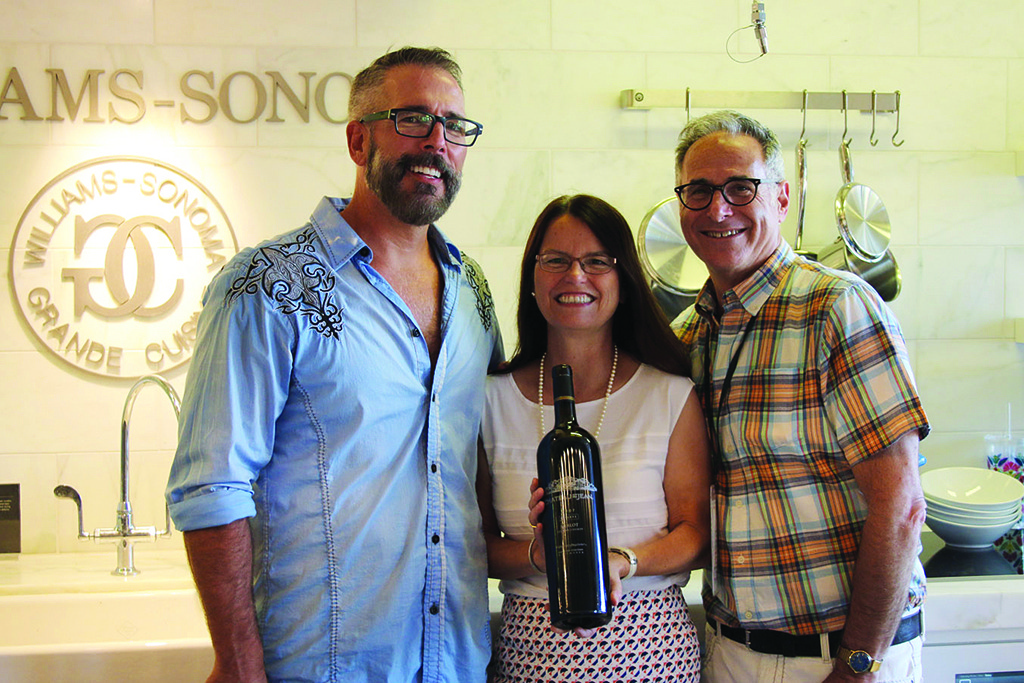 Sonoma is a safe place, and we’re as equal and important as everybody else here.

In Sonoma County’s wine country, the grape rules. So does the LGBT community, which has always flocked to such areas as the Russian River and is increasingly a significant presence throughout the county. What could be more natural, then, that businesses would blend celebrating the community with drinking wonderful wine? We spoke with the proprietors of two leading companies that have significantly upped the ante for the region.

For Gary Saperstein and Mark Vogler of Out In The Vineyard (www.outinthevineyard.com), love of wine and a passion for the community brought together a New York transplant and a Sonoma County native to form this tribute to gay wine tourism. Their backgrounds couldn’t be more different. “I never thought in my wildest dreams I could be me here. I grew up on a horse ranch outside the now very posh Healdsburg, in the 1970s and 80s, which was then a very rural, farming community, and my dad was a cop. I had no role models,” says Mark.

By contrast, Gary (who’s lived in the area now for 22 years) followed a path many have before and many have since followed, first visiting and ultimately giving in to his love of the area. “My partner had a gay uncle who lived here, and we came out a few times to visit. At that time I was in the restaurant business, so moving out to Sonoma to work in food and wine was a natural.” It was while working at the girl & the fig restaurant, in the town of Sonoma, that he met Mark, who’d heard the restaurant manager was openly gay, and so he became a regular there with his partner.

Gary describes the origins of Out in the Vineyard: “The company Mark was working for came to him and said they needed to drive traffic to one of their wineries at the end of the fiscal year. Mark said, `Why don’t you throw a T-Dance?’ They thought it was a great idea, but wanted to know what a TDance was. Mark went back to Gay 101 and explained. He then came to me and asked if I would help him out, and within three weeks, we put together this dance at a winery…over 300 people showed up. It was then that we thought we were on to something.” After three years of T-Dances, the company’s most recognizable event was formed: Gay Wine Weekend. It wasn’t, however, a launch without some trepidation, especially for someone like Mark, who’d experienced his share of bullying and homophobic taunts: “Founding Out In The Vineyard was scary for me. I wasn’t sure how the community would respond. We had such incredible support, however, especially from the Sonoma City Council and the then-mayor, Ken Brown, who really embraced us. They agreed to raise the rainbow flag over City Hall. Every time it goes up I get a little teary-eyed…” 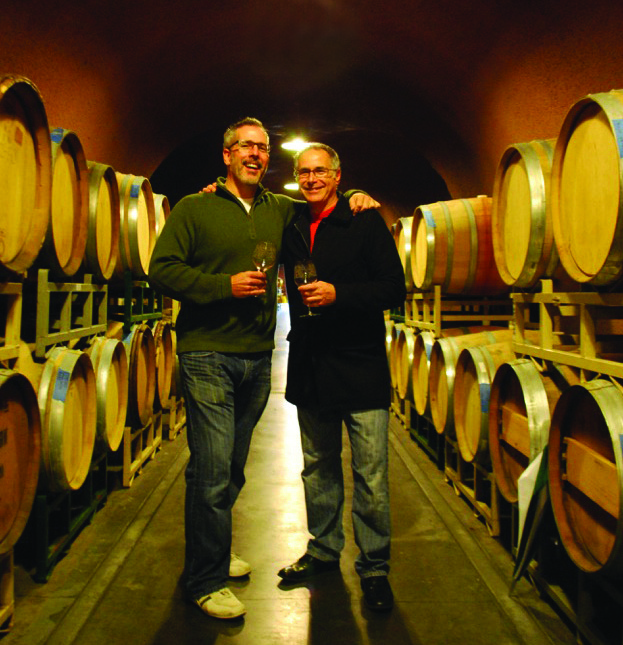 Mark Vogler and Gary Saperstein Out in the Vineyard

In just eight years, Gay Wine Weekend (held last July 20-22) has become one of the most notable LGBT events in the country, now attracting about 800 people from all over the US, Canada, and Mexico. It includes parties galore: T-Dance, after-party, and poolside soiree, as well as such events as the “Big Gay Wine Auction and Recover Brunch,” winery tours, an LGBT business expo, wine tasting, and even a VIP blind tasting event. However, there’s more to Out in the Vineyard than one weekend a year. They also function as a “concierge service” to the LGBT community, helping visitors with such things as travel, dining, and hotels. They’re even doing a European wine tour this year, though Gary is quick to stress, “We love Sonoma County. It is our home and always will be!”

In keeping with this love of the region, Mark and Gary are devoted to giving back to the local community, and Gay Wine Weekend has benefited Face to Face, the Sonoma County HIV/AIDS Network, from the beginning. “We truly believe in the work that they do in giving support and services to people in Sonoma County living with HIV/AIDS,” notes Gary.
Call them a combination of hosts and ambassadors, introducing LGBT travelers to the wine country and, almost as importantly, vice versa. Gary sums it up: “It is an amazing feeling when I take the opportunity to stop and realize just how many people we bring to the region to experience this place we love so much. But I never thought that it would also work the other way, wherein we have opened up the wine Industry to the LGBTQ community.” Mark agrees, his thoughts hearkening back to the origins of Gay Wine Weekend and where it’s come in eight years. Where, for that matter, the whole area has come since he was growing up gay here: “Sonoma is a safe place, and we’re as equal and important as everybody else here.”