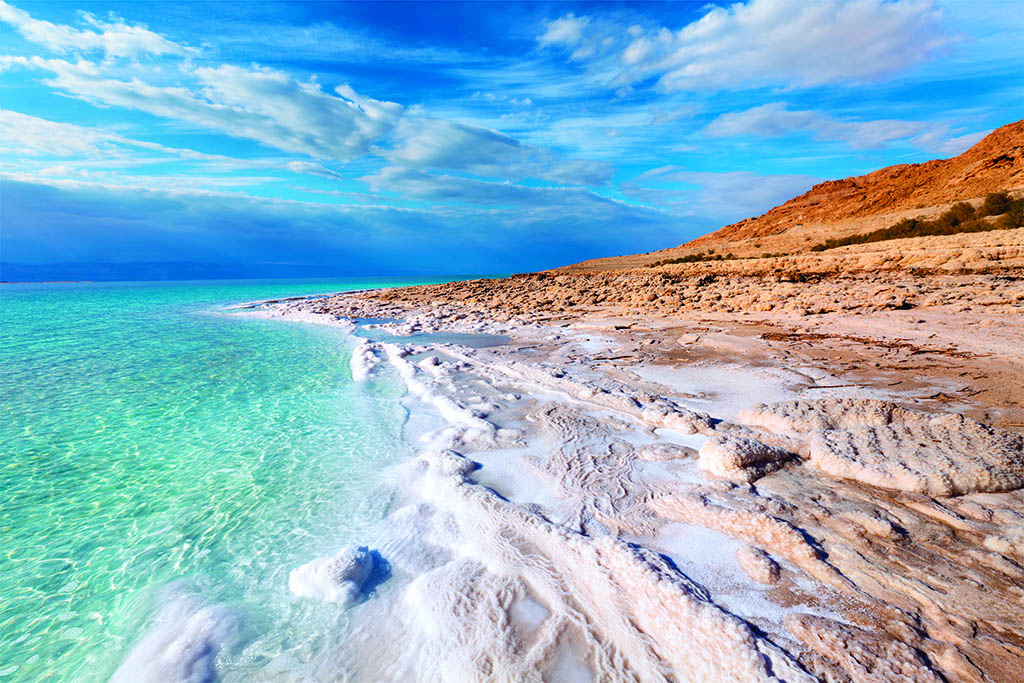 Getting In, Out, and Around

Travelers must pass through Israeli military checkpoints in order to get in and out of the West Bank. Fly into Ben Gurion Airport (TLV), and then take a taxi, bus, or train to the Tel Aviv Central Bus Station. There, you can find a bus or shared taxi (called sheruts) to Jerusalem. Buses leave approximately every 20 minutes. Sheruts are minivans that leave whenever full. From Jerusalem, take bus #18 at the bus station off Nablus Road in the Old City to Ramallah. At the military checkpoint into the West Bank, you may be asked to get off the bus and walk across by foot. This checkpoint between Jerusalem and Ramallah, called the Qalandiya checkpoint, is the main entrance into the Palestinean territories from Israel. Generally, tourists do not have any problems getting into the West Bank. It’s getting out of the West Bank to go back to Jerusalem that’s time consuming. Note that most taxi drivers will not cross the Qalandiya checkpoint; the ones that do will charge you a fortune. Depending on the time of day, you may be able to find a taxi waiting on the other side of the checkpoint, but don’t count on it.

Israeli airport security staff at Ben Gurion are not particularly fond of travelers who visit the West Bank. The number-one piece of advice to get through security without trouble is to tell the truth. Absolutely do not lie! In general, most Americans will not face significant delays. That said, be prepared to wait for multiple hours at security, both coming in and out. I have had American friends who have been questioned for over 10 hours after telling the guards that they were planning to visit the West Bank.

Within the central area of Ramallah, any taxi ride should cost around ten Israeli shekels—hand the coins over to the driver in advance. To get from Ramallah to other towns in the West Bank, take a shared taxi (called servees, the equivalent of the Israeli “sherut”) from the Central Bus Station. The West Bank is only slightly larger than the state of Delaware, so no trips should take longer than a few hours (unless there are delays at military check points).

In and around Ramallah, many restaurants and attractions do not have formal addresses. Most of the time, the taxi drivers will know the English name of key locations such as Snowbar or Solomon’s Pools. If not, one tactic is to call the business and hand the phone to your taxi driver. If you do decide to go to the West Bank, you will need to be flexible and adaptive.

Ramallah is the political and cultural capital of the West Bank. During the summer, the international Palestinian elite relax at SnowBar (which in Arabic means “pine tree”), a lounge with an outdoor pool enclosed by 500 pine trees. Only open during the summers, Snow-Bar is a great place to relax during the day, and then enjoy a cocktail and dancing into the night. 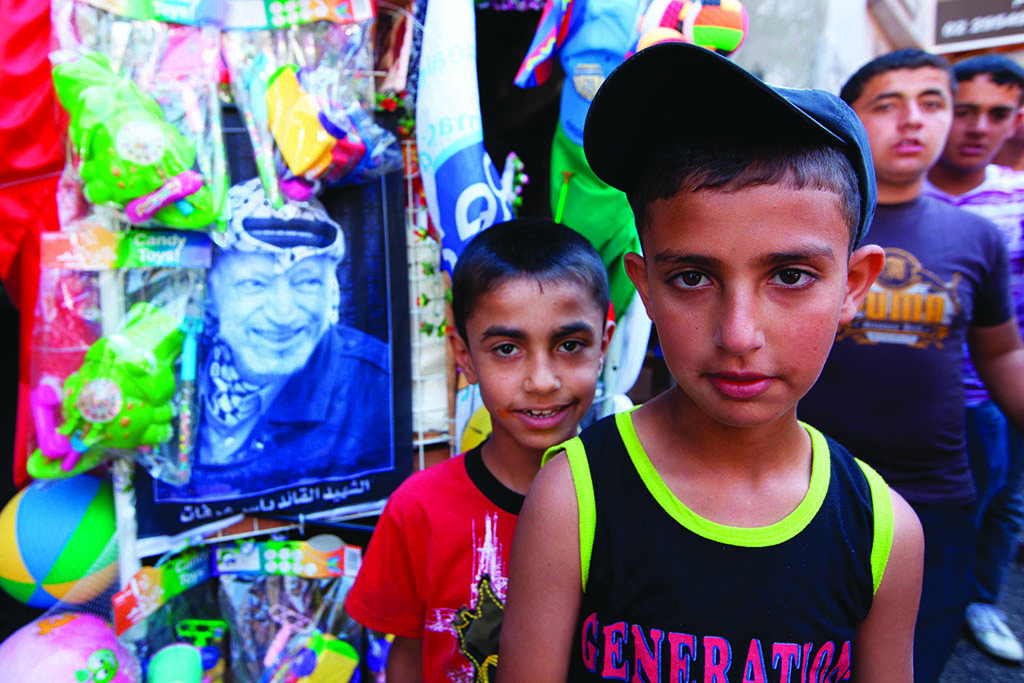 Boys in Ramallah by Dona Bozzi

La Vie, within walking distance from the Mövenpick, is a casual and welcoming space to get an espresso boost, detox with a vegetarian meal, and taste different Palestinian wines. A waitress with a buzz cut told me that the Palestinian owners first started La Vie as a community farm on the roof of their parents’ house, which over the years developed into a farm-café where “you won’t be judged.” La Via is the “queer café” that Najeeb alluded to the night that I got lost. “Queer,” by definition, is relative. I wouldn’t have blinked twice if I had seen La Vie in Berlin, but in the West Bank, it was an exciting meeting point, because it attracted a more progressive subset of patrons.

Sam, a finance executive and my guide through the gay network in Ramallah, likes to have business meetings at Darna, a Mediterranean restaurant known for its Fukhara wood-oven dishes and intimate stone walls. Orjuwan, a Palestinian-Italian fusion restaurant in a renovated Ottoman building, serves a mouth-watering rendition of a traditional Palestinian dish called maloubeh. In Arabic, maloubeh means “upside down.” Normally, the dish is cooked in layers, with chicken at the bottom, then rice, then vegetables. When served, maloubeh is flipped onto your plate with the chicken on top. Orjuwan makes maoloubeh with an Italian-style risotto. For something more traditional, take a 15-minute drive to Al-Falaha, situated in the hills of olive trees in the town of Erin Areek. With plastic chairs, Al-Falaha is not the most elegant dining experience, but they serve a famous musakhan (a traditional wood-oven baked bread topped with roasted chicken dyed purple by sumac).

Though none of these clubs, restaurants, or cafés are explicitly gay, there’s a certain etiquette to flirting that’s kind of exciting and sexy. No rainbow flags here, everything is more subtle and mild. If you meet the right people and make the right moves, maybe you’ll get invited to one of the underground gay parties.

Try your luck at Cubes and Khozama, the two newest flares to Ramallah’s cosmopolitan nightlife with live concerts and late-night parties. More or less one and the same, Cubes is indoors while Khozama is outdoors (closed in the winter). Nothing noteworthy about the drinks or the neon nightclub lighting, but tucked away in what could pass as a private residence, it almost feels illicit.

During the day, visit the Dar Zahran Heritage Building in the old city, a 250-year-old home converted into an art gallery and gift shop. The basement exhibit transports you back in time with its low arched ceilings and cold stone walls. At the entrance, you’ll find information about ongoing and upcoming performances in the city. The English-speaking staff is also especially friendly. They eagerly pointed me in the right direction for a nice walk around the old city.

To enjoy Ramallah’s nightlife, I recommend staying at a hotel in Ramallah and taking day trips to other towns/destinations in the West Bank. The recent construction boom in Ramallah gave rise to Palestine’s first five-star hotel, the Mövenpick Hotel Ramallah. The staff did not give us any trouble for our reservation—two men sharing a king sized bed. In the mornings, they offered an extravagant complimentary breakfast, including customized omelets, a spread of hummus, yogurt, and baba ghanouj dips, and freshly squeezed juices. The gym’s treadmills overlook the expansive pool, shaded by palm trees. Most Palestineans told me that they preferred the Grand Park, a locally owned business, saying the Grand Park is where all the Arab celebrities stay when they come through Ramallah. 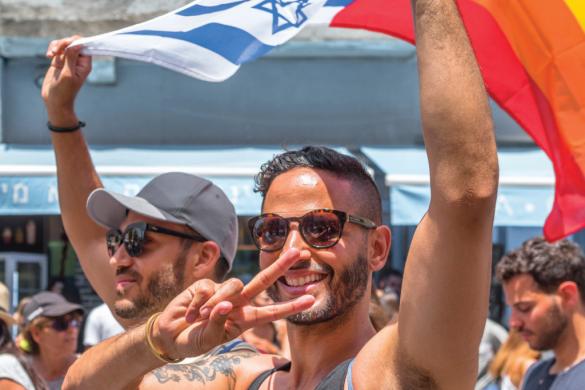