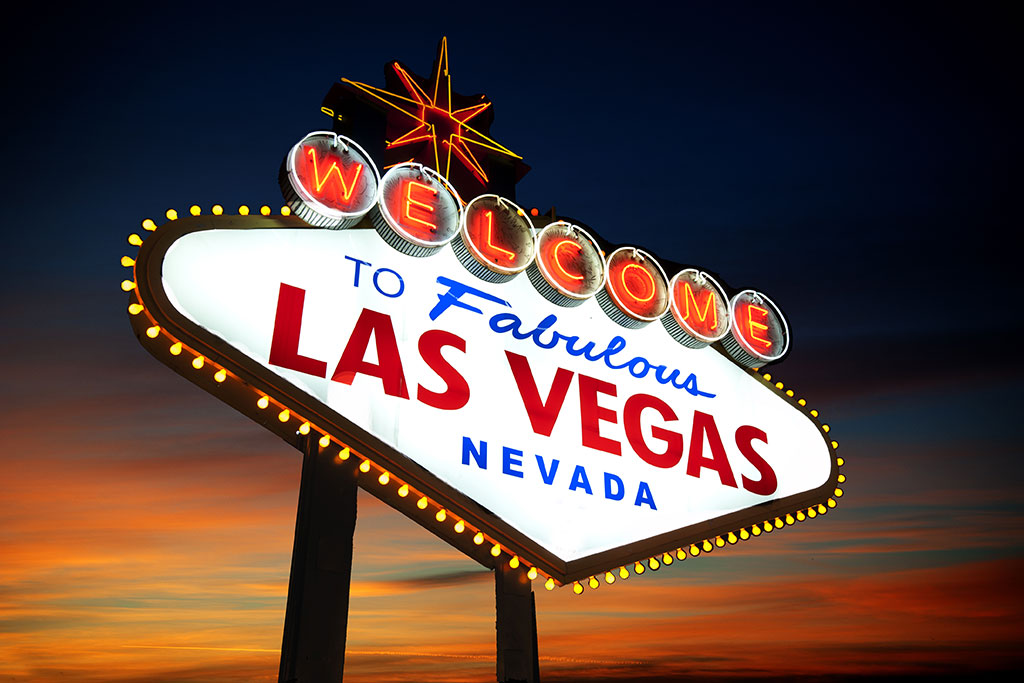 Wynn Resorts is planning Paradise Park, a water-themed resort near their two properties, the Wynn and Encore.

Las Vegas might just be the world capital of reinvention, and as it continues remaking itself from a budget mecca to an upscale destination, there’s a lot happening in town. There’s always something new in Las Vegas. That is, after all, how the city made its reputation.

This is, by the way, an increasingly popular Las Vegas trend, with such resorts-within-resorts as the Four Seasons in Mandalay Bay, Nobu in Caesar’s, and The Mansion at MGM Grand. 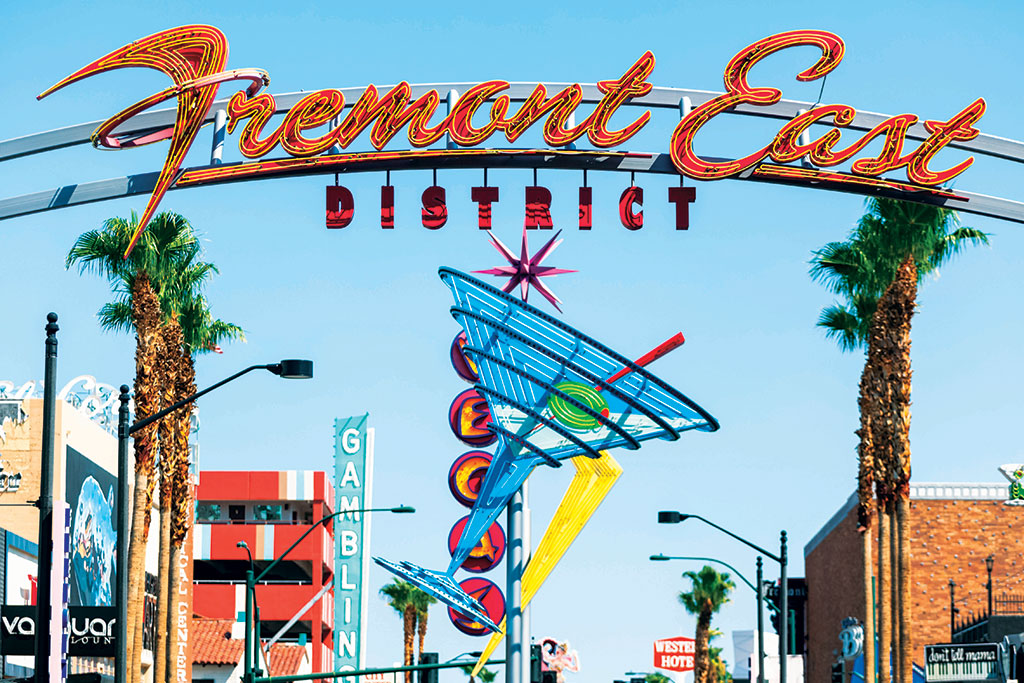 At W, you’ll find all the features you’d expect from this beloved chain, starting with the high design (here with a distinctly Las Vegas touch) from murals made of dice pieces to pillars that look like the insides of roulette tables. You’ll also find free espresso, Wi-Fi, and parking, a separate entrance for W customers, specialty cocktails like a Champagne mojito and lemongrass drop, the W’s usual top-notch service, and, of course, an LGBT-friendly environment. Like all W properties, it’s non-smoking, and this one is also non-gaming, but if you want to indulge either habit, just stroll across the lobby to the SLS.

It’s not the only property to open on the north end of the strip (i.e., the end closer to downtown Las Vegas). A block away you’ll find the Lucky Dragon Hotel and Casino (300 W. Sahara Ave. Tel: 702-889-8018. Doubles $88-$128. www.luckydragonlv.com), also a December 2016 opening, whose zen-like simplicity and cool, clear design beckon from the minute you approach and see the stone figures sitting placidly out front. While it definitely appeals to the ever increasing Asian market, it’s a welcome getaway for anyone visiting the city, with several restaurants, a spa run in partnership with Sothys of Paris, and even an indoor/outdoor Cha Garden for 24-hour tea, featuring the services of Las Vegas’ only tea sommelier.

This end of the strip is seeing a lot of action. The construction of Resorts World, an Asian-themed resort across the street from Wynn Las Vegas, seems to be moving forward, with an eye toward a 2019 opening, the Wynn Resorts itself is planning Paradise Park, a waterthemed resort near their two properties, the Wynn and Encore. They’re also creating a new shopping plaza slated for a fall 2017 opening.

As the north strip grows in appeal, so does downtown itself, with such areas as Fremont East seeing a plethora of activity. In this neighborhood— now a destination in itself for galleries, dining, and nightlife—the past five years have seen dozens of restaurant openings. Prime among them is Chow (1020 Fremont St. Tel: 702-998-0574. www.chowdtlv.com), where, since late 2015, chef Natalie Young has dished up Southern fried chicken and Chinese food with the insouciance that made her other restaurant, EAT, an ongoing success.

Visitors to Fremont East will find a recent opening of much interest: the hip, new watering hole The Urban Lounge (107 E. Charleston Ave. Tel: 707-405-8855. www.theurbanloungedtlv.com), which opened in February with a living room style look and an gay-friendy air, popular with the city’s LGBT community. Whether you check out a special event like “Throwback Thursday,” stop in during First Friday (now a staple of this arts district), or just pay a random visit, you’ll find a friendly staff and laid-back vibe. 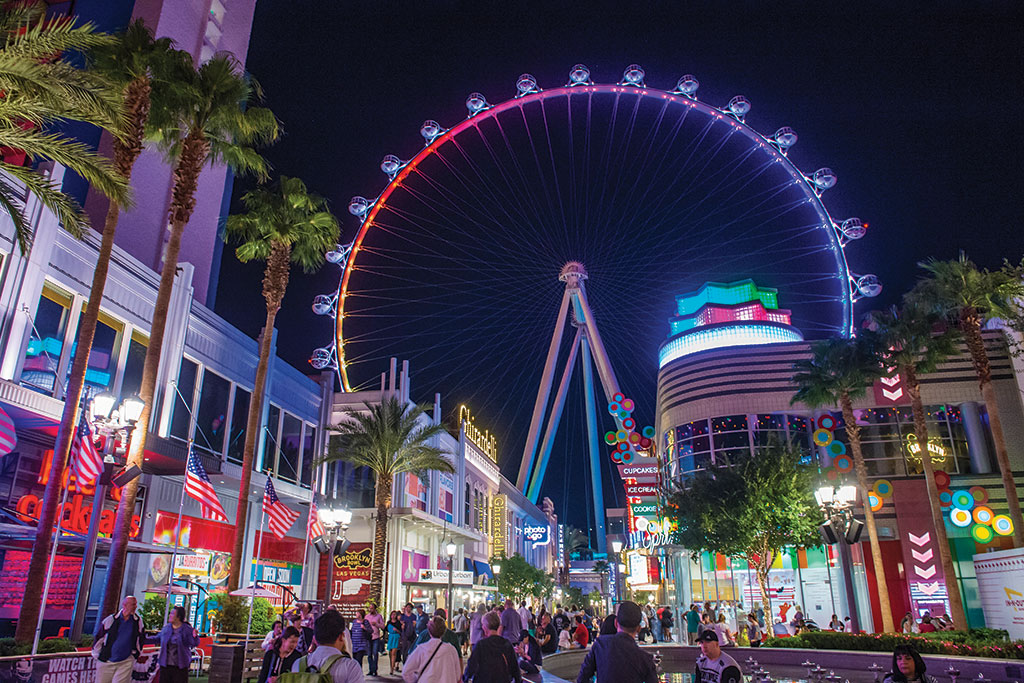 It’s not all up north, though, and some impressive places have appeared right in the center of the Strip. Notable among them is the January 2017 opening of Zuma (3708 Las Vegas Blvd., S. Tel: 702698-2199. www.zumarestaurant.com), in The Cosmopolitan of Las Vegas. This first West Coast outpost of chef Rainer Becker’s restaurant, whose flagship is in London, leads the diner through every aspect of the Japanese culinary experience, with the main kitchen, sushi counter, and robata grill providing three very different but somehow intertwined sets of delights. With a unique design whose walls range from vibrant Japanese paper to Thai stones, Zuma offers such edible pleasures as seabass sashimi with yuzu and truffles or sake-glazed chicken wings in a casually tony atmosphere.

Also new at The Cosmopolitan is Momofuku (3708 Las Vegas Blvd., S. Tel: 702-698-2663. www.momofuku.com), the first West Coast incarnation of chef David Chang’s pan-Asian restaurants, which offers everything from steamed buns to a “surf and turf” consisting of fried chicken and caviar, beneath the jaunty five-panel mural. 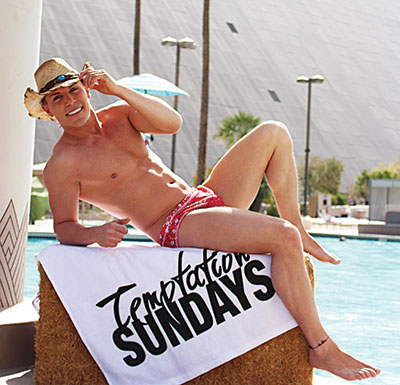 Night activities abound, including the 2016 opening of the T-Mobile Arena (3780 Las Vegas Blvd., S. Tel: 702-692-1600. www.t-mobilearena.com), a significant new venue for concerts and sporting events. It’s joined by the Park Theater at Monte Carlo (3770 Las Vegas Blvd., S. Tel: 844-600-PARK. www.parktheaterlv.com), which has already hosted the likes of Ricky Martin, Cher, and Bruno Mars since its December opening and welcomes Cher back this coming November. That’s about as gay as it gets, but if you want some more hot action, Temptation Sundays (3900 Las Vegas Blvd., S. Tel: www.vegasgaypoolparty.com) is the summer’s hottest LGBT event, both literally and figuratively, as J. Son of the local Naked Boy News, along with resident DJ Matt Lucio, heat up the Oasis Pool at the Luxor Resort from 1-7 P .M. on Sundays. Of course, you can always visit on Memorial Day for Matinee Las Vegas (www.matineeus.com), a weekend full of dancing, pool parties, and other hot action that’s one of several Matinee fetes around the country. While it’s been in Las Vegas for several years now, it’s a “new” event every year, as resident and guest DJs, party activities, and even locales are constantly changing. That’s only fitting for Las Vegas: didn’t we tell you that Sin City is the world capital of reinventing itself?

A Taste of Switzerland this Summer on SWISS 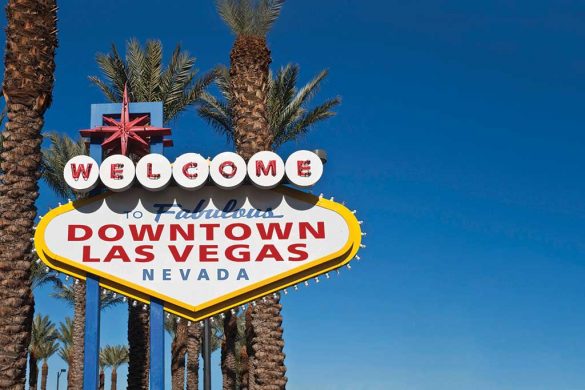 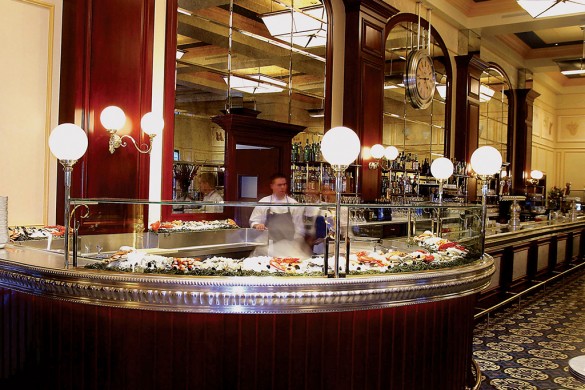 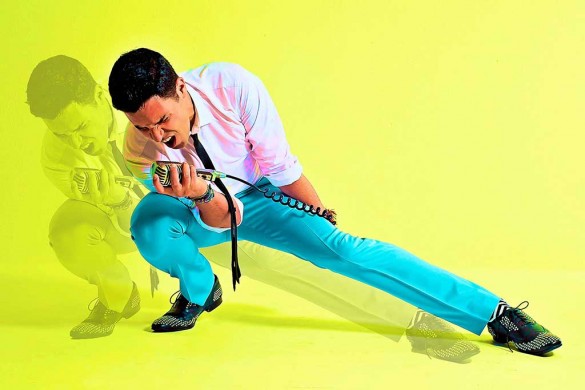