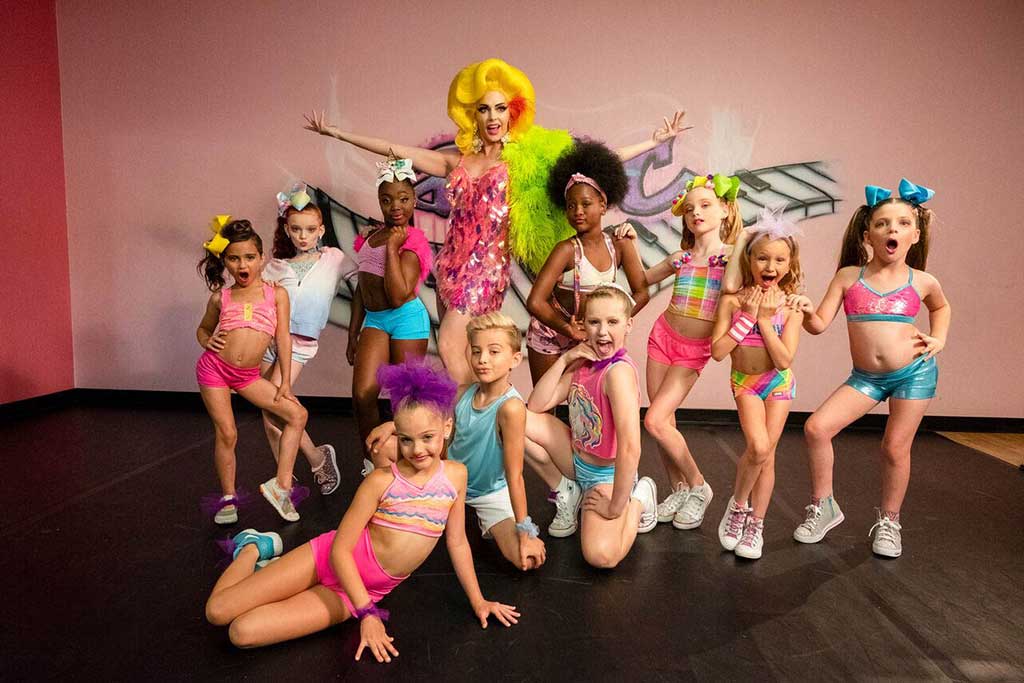 When not decked out in drag, Johnson heads up his 15-year-old Mesquite, Texas Beyond Belief Dance Studio, and its competitive youth and children’s touring companies.

RuPaul’s Drag Race made Texas’ Alyssa Edwards (https://www.facebook.com/QueenAlyssaEdwards), aka Justin Johnson, an international star, and led to a revealing Netflix reality series, Dancing Queen (https://www.netflix.com/title/80198511), which debuted to positive reviews in October 2018. When not decked out in drag, Johnson heads up his 15-year-old Mesquite, Texas Beyond Belief Dance Studio, and its competitive youth and children’s touring companies: their efforts and emotional dance moms are a big part of Dancing Queen’s drama, while Johnson is also putting together his own fabulous one-queen show. 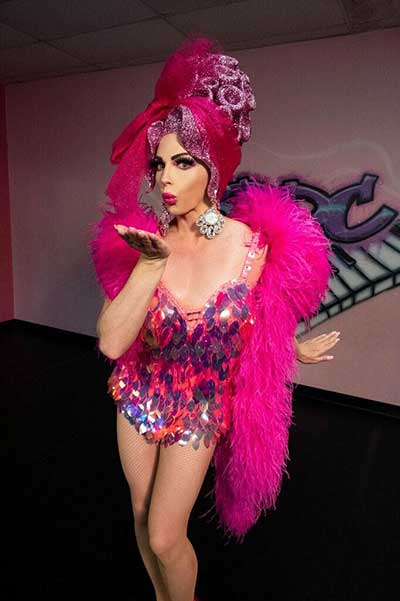 Raised and based in Mesquite, Texas, Johnson/Edwards (“honestly, at this point I’m gonna answer to both!” he says), started doing drag on the pageant circuit, picking up titles including Miss Gay Texas 2005, Miss Gay USofA 2006, and Miss Gay America 2010. She appeared in the 2008 documentary Pageant, and five years later made a splash on the fifth season of RuPaul’s Drag Race. Edwards made another effort to snatch the trophy in RDR: All Stars 2016, and these days puts in meet-and-greet appearances at the annual RuPaul DragCon (www.rupaulsdragcon.com) conventions in New York and Los Angeles.

In early 2019, Edwards will serve as inaugural Camp Director for TAZO Tea’s overnight Camp TAZO, experience, which she promises will push people to discover new things about themselves (you can apply via www.camptazo.com). To discuss all the things she’s brewing up, we sat Edwards down in the VIP Lounge.

First, tell us a secret about RuPaul.

RuPaul is very transparent, what you see is what you get, and I admire that so much. He is unapologetically himself. I would say Ru is very gentle. I didn’t think he would be, because he’s such a business person, and he fought his entire life. For me, I like to observe him because he’s truly my idol, mentor, and inspiration. In his downtime, he’s soft. When I see him as Ru in full regalia, it’s this air of confidence and power and inspiration of, if you want it come get it, and I love that.

What’s a common misconception about Texas that you’d like to dispel?

Well, not everyone wears cowboy boots or hats. But I can associate with that, because the first time I was booked for a gig in Australia I thought, ‘here we go, kangaroos and koalas and blonde-haired surfer boys.’ And I got there and there was none of that! (laughs) There are cowboys here in Texas, and I have a cowboy hat and pair of boots in the closet, but that’s not all Texas is. Texas is rich in culture, and the food is wonderful. One thing is correct, though: the hair is always higher and the personalities are always larger. Can you believe that, gal, can you believe that?

What do you love about Mesquite, Texas? Play tour guide!

Where would I take a visitor? I’m not a big meat eater, but if you like meat, you have to go to the Mesquite Barbecue Pit. If you want to do something fun, come to my dance school Beyond Belief and we could do a line dancing class or something. Now girl, would that be fun for you?

What’s the most exotic place you’ve been invited to perform?

In Miley Cyrus’ backyard. There was a large teepee, and a very cool pool. She lives on top of a hill that overlooks the city. We strung up lights on the tree and I was dancing for my life and she sat there and loved it. That was after the 2015 Video Music Awards performance I did with her.

Which other TV show that already exists would you love to be on?

You know what I’ve really thinking about? I wanna go on Dancing With the Stars. I want to be the first drag queen reality character on it. I could so see it! Maybe I’ll win that mirror ball. I couldn’t win the Drag Race crown, but she could win the mirror ball! Put that in there, so it goes out in the universe! I don’t know how to ballroom dance, but girl, I’ll foxtrot across the stage. Whatever I’ve got to do. 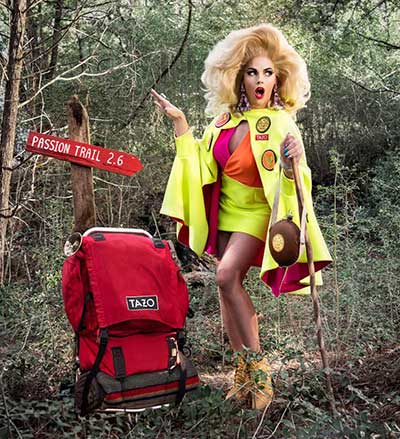 My dream trip, and this is gonna sound so cheesy, would be to Oprah Winfrey’s house. If I could just spend the week with her. I’d keep my mouth shut. I would put a muzzle on. I grew up watching this lady every day at 4 P.M. like clockwork. That’s a powerful person who used her life experience and shared that. No, it’s not an ocean or a beach, and those are beautiful, but I’ve done those things. I can’t imagine, just living in Oprah’s daily life. Wow. That’s a dream destination for me! Oh, and I want to add on the Ellen DeGeneres Show! I gotta put that out in the universe! I gotta manifest that!

If you could raid anybody’s wardrobe, whose would you choose?

Joan Collins, hands down. Miss Joan Collins! That woman is great every time she steps out! I love it. It’s classy and sophisticated, it’s powerful. Oh girl, the hats. The church hats. You don’t have to wear a hat just on Sunday. Oh girl, please! I love me some Joan Collins!

The craziest thing this year was the scuffle in the line to see me. This year I gave out all my merchandise for free. T-shirts, buttons, bracelets, selfies, all free. It’s my way of giving back, because everyone has been so supportive with my series Dancing Queen. But there was a bit of a scuffle with people like, ‘I was here first!’ I literally walked over as myself and said, this is a place of love and I’ll make sure I see all of y’all.

How do you feel about the drag kids showing up at DragCon, like 11-year-old Desmond Is Amazing? Are you amazed?

It’s so beautiful. I work with kids everyday, and now that they flip on the TV and watch drag queens. One time in my life I was waiting on seeing change, and now I’m a part of that change.

When traveling around the country, where do you always try and see some drag queens perform?

I really am interested in the drag in New York. It’s so conceptual, and there seems to be a theme and method to the madness. Rather than just lip-synching a song…I like how in NYC they take it all the way there with a character.

Which Texas drag queens should we keep eyes out for? Anyone you really want to see on Drag Race down the line?

Oh gosh, so many! There is a drag queen here who is so funny and witty, Cassie Nova. She writes a column in the Dallas Voice and she’s hysterical. I would love to see Cassie on Drag Race.

Will there be a season two of Dancing Queen?

If it’s written in the stars! I’m for it! After seeing that it was very raw and real and authentic, I checked ‘yes.’

Have you ever injured yourself doing a tongue pop?

(Laughing) Girl! One time I thought I was gonna swallow my tongue!