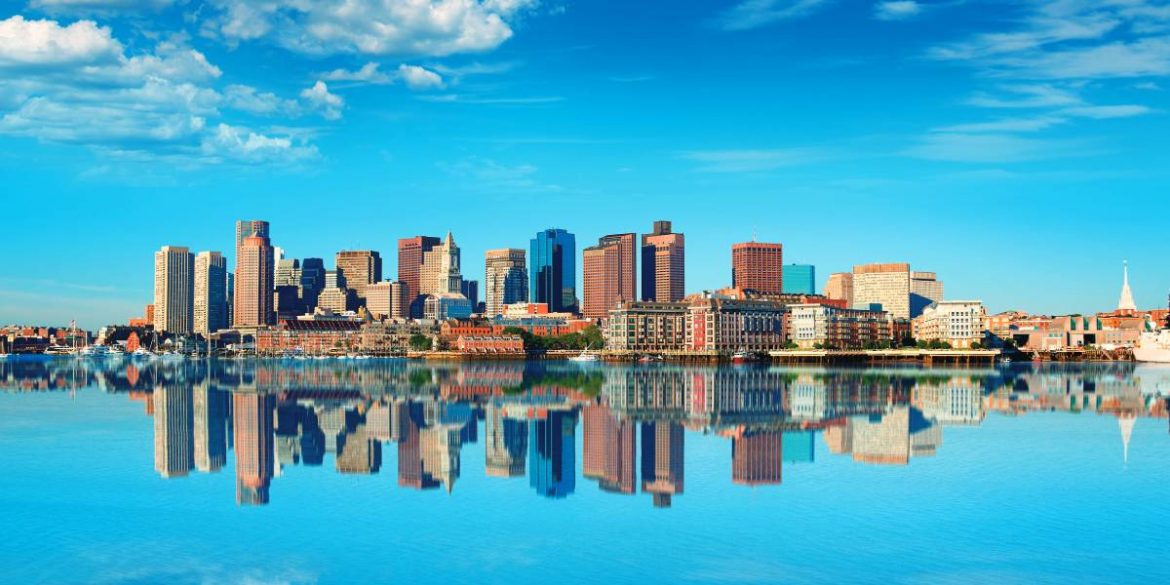 Reflecting the residential-style makeover, my room felt like a luxuriously appointed apartment.

Boston has a growing collection new high-end hotels that are ideal bases for leisurely outings around the city to have a one-of-a kind experience.

Fittingly for this global capital of learning, getting to know Boston is an education that takes time. Compact and mostly flat, “America’s Walking City” is refreshingly less hurried than other centers. With much to absorb and savor, that is a distinct advantage for visitors venturing out by foot, rideshare, or via the historic T transportation network to discover Boston’s diverse neighborhoods, cultural institutions, heritage sites, restaurants, and green spaces

Hub City’s growing collection of classic and new high-end hotels are ideal bases for leisurely outings around Boston. Here are five such luxurious lodges, a pair each in Downtown and the Back Bay and one just north of the city in Everett, that also immerse guests in unique facets of the Boston story through food, art, fashion, one-of-a kind experiences, and more. 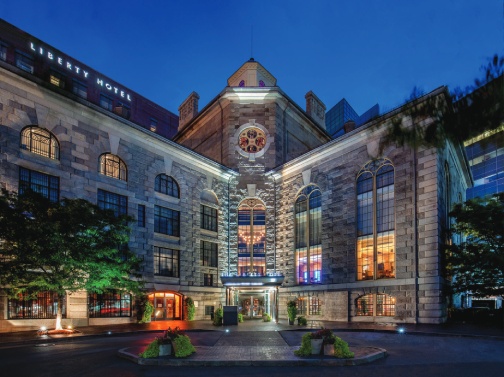 The Liberty Hotel is a fine example of unchained luxury. Built in the Boston Granite Style, this impressive edifice was formerly the Charles Street Jail. Opened in 1851, the cruciform-shaped building housed 220 amply lit and ventilated cells in four wings radiating from a soaring octagonal atrium and became an international model for humane prison architecture.

“This isn’t a jail, it’s a hotel,” stated baseball legend Babe Ruth after visiting in 1925. His clairvoyance was realized in 2007 when the national historic landmark, which closed in 1990 after notorious decline, was reborn as the Liberty following a $150 million transformation.

My spacious and comfortable sixth-floor corner perch, one of 280 rooms in the adjoining 16-story addition, features design homages such as jail keys in the carpeting. Floor-to-ceiling windows frame dreamy views of the cityscape and Red Line T trains crossing the Longfellow Bridge over the meandering Charles River. The hottest key in the house is the 2,200-square-foot Ebersol Suite, a top-floor celebrity draw boasting a 300-square-foot outdoor terrace with 270-degree panoramic views.

The lobby is center stage for people-watching, post-dinner drinks, and complimentary live music and entertainment programs organized as “Liberty Affairs.” Crowd-pleasers include Fashionably LATE Thursdays. Attired by established and up-and-coming Boston designers, models strut the lobby floor and catwalks, pose on tables, and mingle with guests to the accompaniment of live DJ’d music.

Formerly the prison’s exercise area, the Yard is a private outdoor courtyard for mixers, parties, and Yappier Hour, a seasonal gathering of locals, guests, and their dogs each Monday and Wednesday. The hotel is also home to Scampo from legendary Boston-based chef Lydia Shire.

Steps away, the scenic Charles River Esplanade is for jogging and walking. The hotel can arrange seasonal rentals of small sailboats for qualified operators. At neighboring Massachusetts General Hospital, the free admission Ether Dome is the still-active teaching amphitheater where the first public surgery using anesthetic was performed in 1846.

The Liberty is also a gateway to the historic homes, cobblestone streets, gas lamps, shops, and restaurants of Beacon Hill, Boston’s birthplace. In 1630, this enchanting neighborhood formed part of a three-peaked peninsula surrounded by tidal flats. English colonists first named their new home “Trimount” and then Boston after their hometown in Lincolnshire. The other hills were later flattened to create the Boston landmass of today.

Boston’s growing collection of classic and new high-end hotels are ideal bases for leisurely outings around the city where guests can immerse themselves in food, art, fashion, history, one-of-a kind experiences, and more.

Opened in 1922, the former Federal Reserve Bank of Boston is another stone fortress invested with new currency as a hotel. Since 2004, the Renaissance Revival landmark has operated as The Langham, Boston. In June 2021, the contemporary five-star classic, with 312 rooms, including 17 loft-style suites, reopened following a sweeping two-plus year, $200 million transformation.

Richmond International also curated a collection of 268 works of art for the renovation. These include 77 works from Boston-based artists in collaboration with The Copley Society, America’s oldest artistic nonprofit. The works are covered in a complimentary daily Heritage Tour and in a self-guided audio tour narrated mostly by the artists themselves.

Reflecting the residential-style makeover, my room felt like a luxuriously appointed apartment. Design elements include framed vintage stock certificates and travel-inspired touches such as the trunk-styled liquor cabinet, or cellaret. Artwork in the splendid function spaces include two N.C. Wyeth murals depicting the history of the U.S. banking system that were originally commissioned by the bank.

The staff, many hired during the pandemic, aim to please and succeed. Striking a balance between exclusivity and accessibility, the hotel aims to be a good neighbor. Locals and the after-work crowd are welcomed at The Fed, the hotel’s sophisticated British-style cocktail pub.

Located in the Financial District, The Langham, Boston is ideally situated for exploring Downtown draws such as the Rose Fitzgerald Kennedy Greenway. Featuring outdoor murals and other art installations, event stages, fountains, and the outdoor Trillium Beer Garden, this 17-acre linear park sweeps from Chinatown through the Wharf District to the North End, Boston’s historic Little Italy. 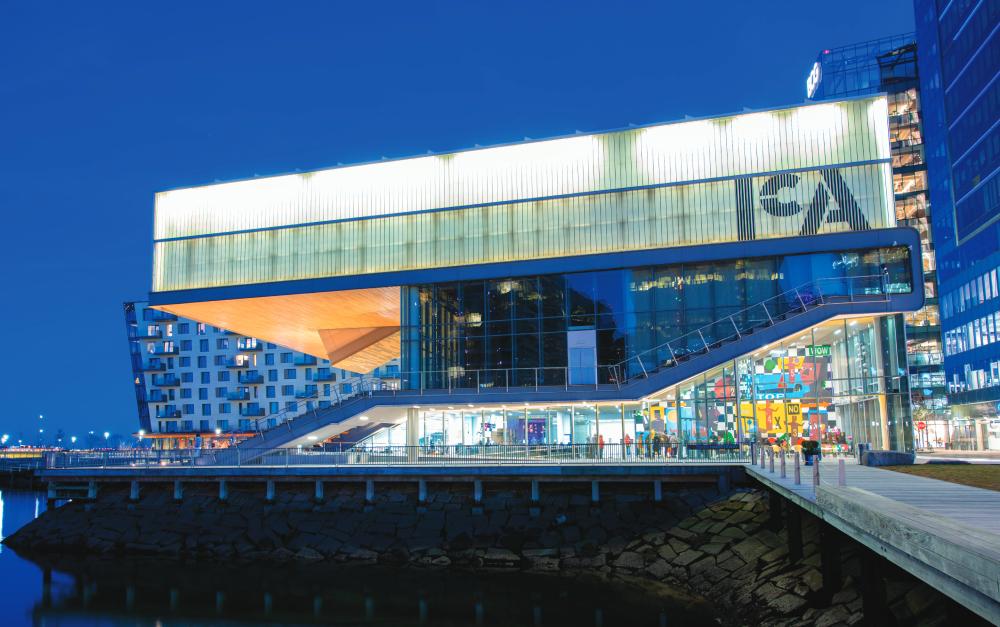 Attractions in nearby Fort Point Channel and the Seaport District include the preeminent Institute of Contemporary Art/Boston (ICA) along with restaurants and shops. The Boston Children’s Museum features the 40-foot Hood Milk Bottle, a 1930 landmark serving ice cream and snacks. Also, make sure to explore The Boston Harborwalk, a near-continuous 43-mile linear park along Boston’s shoreline.

Cultural coordinates in the other direction include the Boston Theater District. Bordering Chinatown and surrounded by pre-show dining options, the neighborhood’s dozen plus performance venues include treasures such the Emerson Majestic Cutler Theater; Emerson Colonial Theater; Boch Center; and Emerson Paramount Center.

From Toronto and Ottawa to San Francisco and Pittsburgh, I always enjoy the superior sense of occasion offered by Canada’s Fairmont hotels. Dating to 1912, Fairmont Copley Plaza embodies enveloping grandeur to the fullest. To enter this Back Bay grande dame is to follow in the footsteps of sophisticates and society darlings whose parading arrivals gave the gilded main hallway its “Peacock Alley” moniker. 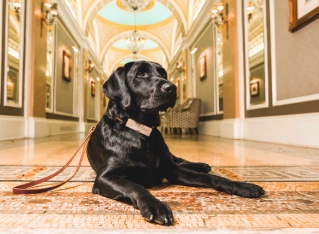 Built on the site of the original Museum of Fine Arts and first named the Copley Plaza Hotel after painter John Singleton Copley, the “Eshaped” Renaissance Revival-style landmark wowed travelers from the outset. Designed by Henry Janeway Hardenbergh, whose other works included The Plaza in New York City (look for the double “P” monogram throughout the hotel) and the Willard Hotel in Washington, D.C., the hotel introduced firsts including air-conditioning, an international booking engine, and fully functional credit card system.

Cori took me on two walks around famed Copley Square, Boston’s historic “Art Square” and center of innovation. Attractions include Henry Hobson Richardson’s Trinity Church Boston (1870), which established his famed “Richardsonian Romanesque” style and is considered one of America’s top ten most significant buildings. Opened in 1848, the Boston Public Library is America’s first free municipal library. First organized in 1669, the Old South Church is America’s third oldest congregation. It was too hot to peruse the boutiques lining nearby Newbury Street, and too early for dinner and cabaret at nearby LGBTQ haven Club Café, but we had a great time, and I promised Cori that I would return. 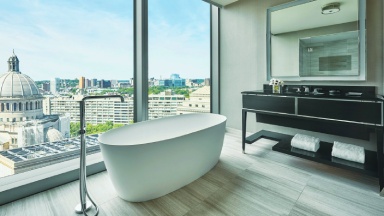 Winter, spring, summer or fall, All you’ve got to do is call” sang legendary Boston-born singer-songwriter James Taylor in his 1971 recording of Carole King’s “You Got a Friend.” That song came to mind during my stay at Four Seasons Hotel One Dalton Street.

Opened in May 2019, the 215-key AAA Five Diamond property occupies the lower floors of a mirrored 61-story Back Bay skyscraper from Henry Cobb, the architect behind the John Hancock Tower. Already home to Four Seasons Hotel Boston on Boylston Street, Boston joins NYC and Beverly Hills as the only U.S. cities to fly two Four Seasons flags.

Tucked away on a side street, the hotel entrance conveys an immediate sense of exclusivity. The staff stayed confidently on script while my 15th floor deluxe room was handsomely appointed with all the right touches and technologies.

Hospitality design firm Bill Rooney Studio, which did the rooms and suites (and those at the Liberty Hotel) also created a stylish space for craft cocktails cleverly inspired by “characters and cultural institutions that were pivotal in Bostonian history” at the street-level Trifecta cocktail lounge.

The “152”, for example, puts a twist on the gin gimlet with an alluring tie to Boston’s Isabella Stewart Gardner Museum (more on that below). The “Arabesque” pays homage to E. Virginia Williams and the Boston Ballet, while the “Backdoor Progression” celebrates Boston’s jazz culture. Trifecta also serves afternoon tea and guests can order in-room cocktails from the roving “Trifecta Trolley” bar cart. The hotel’s destination restaurant Zuma is the Boston outpost of the world-renowned izakaya chain founded in London in 2002.

The property’s world-class art collection embodies Boston’s preeminence in the visual arts, music, dance, and theater. Boston history is presented in workslike the massive mosaic behind the front desk depicting the Great Molasses Flood of 1919, which devastated Boston’s North End. My key card featured the image of a work created by a young artist enrolled in Boston’s acclaimed “Arts for Humanity” program.

Seasonal “Town and Country” leisure pack ages, which include amenities like picnic baskets and insider guides to leading spots, extend the hotel’s curatorial reach throughout the city and regionally. As the official hotel partner of the Institute of Contemporary Art/Boston (ICA) in the Seaport District, guest packages include tickets to shows at the esteemed museum. Poignant to remember in the wake of his untimely passing in November 2021, my ICA visit included seeing “Figures of Speech”, the first major exhibition devoted to Louis Vuitton menswear artistic director and multidisciplinary force Virgil Abloh.

Take the E branch of the Green T line or plan for a leisurely 1.5-mile stroll to discover nearby Huntington Avenue (the Avenue of the Arts,) and world-class institutions including the Museum of Fine Arts, Boston. Relocated here in 1909 from Copley Square, MFA, Boston is among the world’s most comprehensive art museums.

The Isabella Stewart Gardner Museum is another must-see. Once described by a local reporter as “one of the seven wonders of Boston,” Gardner (1840–1924) and her husband Jack amassed paintings, furniture, rare books, and other works from around the globe. To house her collection, she constructed a museum-home inspired by a 15th-century Venetian palazzo. Opened in 1903, her faithfully preserved palace, with its garden Courtyard and multi-level galleries, beguiles at every turn. The 1990 heist of 13 works worth $500 million from the museum, including paintings by Rembrandt and Degas, remains unsolved. Inspired by the Courtyard’s floral display, the “152” at the Four Seasons is named for Gardner’s original home at 152 Beacon Street. She stipulated that the number can never be used again.

You May Also Enjoy:  What’s New In Boston

THE BEST PLACES TO STAY WHILE VISITING BOSTON was last modified: July 29th, 2022 by Jeff Heilman 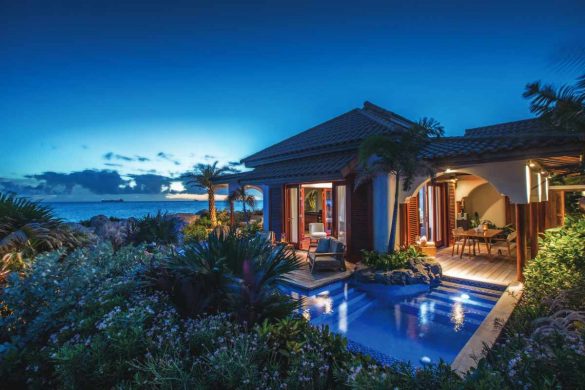