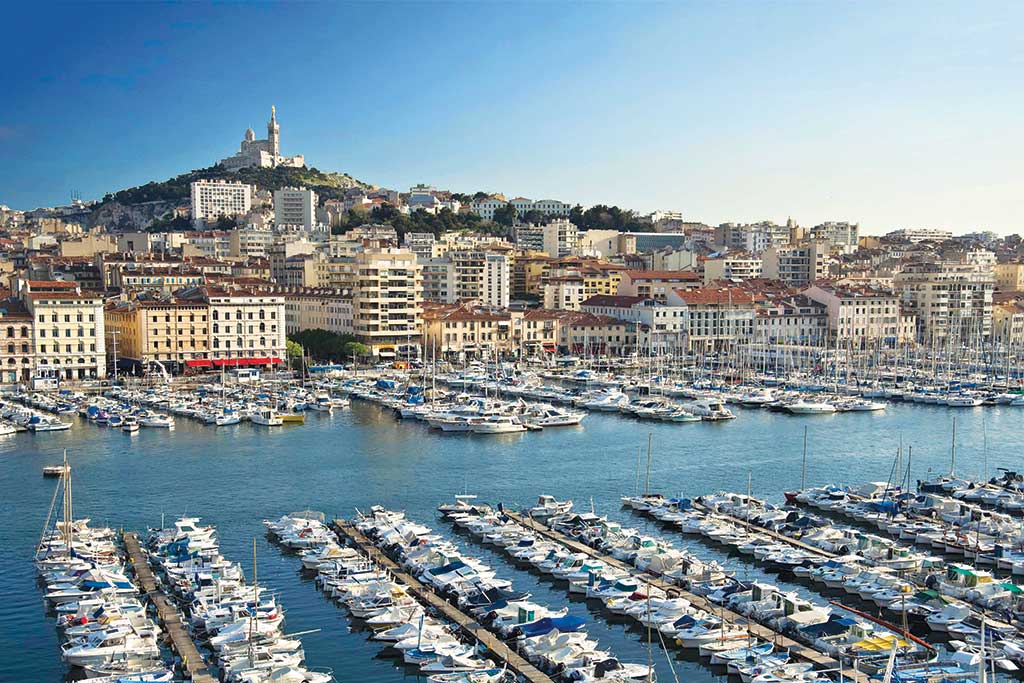 Since holding the title of European Capital of Culture 2013, the grit of Marseille has transformed into a pearl, enabling the city to evolve into a destination and not a mere point in a journey.

I first visited Marseille a decade ago, stopping for one night en route to somewhere else. Cyril Denoix, general manager of super-hip hotel Mama Shelter Marseille, acknowledges that this was fairly common. It seems that this Mediterranean port city was a place where a ship might briefly drop anchor but would soon set sail again.

Much has changed in recent years. Since holding the title of European Capital of Culture 2013, the grit of Marseille has transformed into a pearl, enabling the city to evolve into a destination and not a mere point in a journey.

This was emphasized on May 1, 2015 when Channel Tunnel train operator Eurostar introduced a new direct service from London’s St Pancras station, bringing train-loads of visitors from Britain and beyond to the heart of Marseille in six hours and 27 minutes. 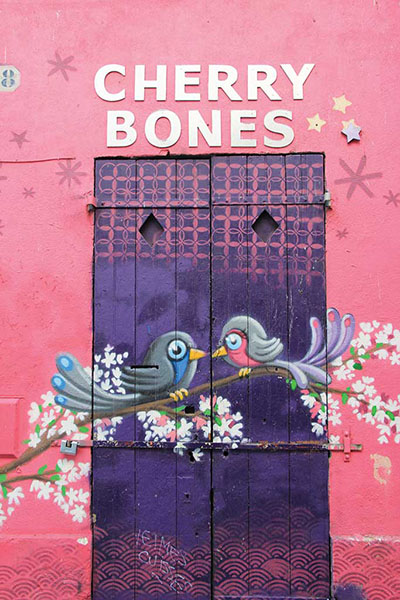 The city’s Vieux-Port (old port) area has witnessed the greatest transformation. Renowned Architect Norman Foster oversaw its redevelopment in 2013, turning the down-at-heels waterfront into an open and inviting pedestrian-friendly area. It’s now a place to enjoy a stroll, or to sip Champagne while dining on plateau de fruits de mer (raw and cooked shellfish platter) or moules frites (steamed mussels and French fries) at any one of the numerous pavement cafés and bistros. Luxury hotels including Sofitel and Radisson Blu occupy prime waterfront positions.

As part of their endeavours, Foster + Partners added a sleek yet simple new structure to the old port. L’Ombrière is a sunshade and events pavilion made of highly reflective stainless steel. Its mirror- polished surface reflects the surrounding port as well as those who stand beneath it, so it’s perfect for taking quirky selfies.

Some traditions, however, remain unchanged. Fishermen still sell their daily catch on the quayside each morning, and local chefs arrive early to select red mullet, rockfish, spider crab, and other ingredients for bouillabaisse (the iconic Marseillaise fish stew).

Of course, there are those who may favor the pre-gentrification image of the port of Marseille. It was portrayed as a place teeming with rowdy sailors and male prostitutes in Le Livre Blanc (The White Book), an erotic illustrated tale published anonymously in 1928 by French writer, artist, and filmmaker Jean Cocteau. Marseille was then France’s most cosmopolitan city, with migrants from the Maghreb and Indochina as well as swarms of sailors. The possibility of discreet same-sex encounters in the Turkish baths and opium dens that surrounded the port enhanced its exotic allure. Marseille certainly sup- plied much inspiration to Jean Cocteau: the city also provided the hero for Cocteau’s Le Fantôme de Marseille, a monologue he wrote in 1933 for Edith Piaf about an irresistible Marseillaise youth.

Jean Cocteau may have laid some groundwork, but gay travel guides tantalized with the prospect of finding hunky, bare-chested sailors mending their fishing nets in Marseille’s Vieux-Port—sadly, a prospect I suspect lapsed some time ago.

Too narrow and shallow to accommodate modern commercial ships, the old port has become a 3,500-berth marina where hundreds of luxury yachts drop anchor next to the occasional pointu (traditional Marseillaise fishing boats). So instead of bare-chested sailors of uncertain sexuality, you’re now more likely to encounter rich and handsome yachtsmen in Lacoste boat shoes and crew-neck Breton sweaters.

You don’t need to own a yacht (or seduce a yachtsman) to enjoy a sail through the picturesque harbor. Those without such privileges at their disposal may take boat shuttles from here to destinations including the Château d’If. 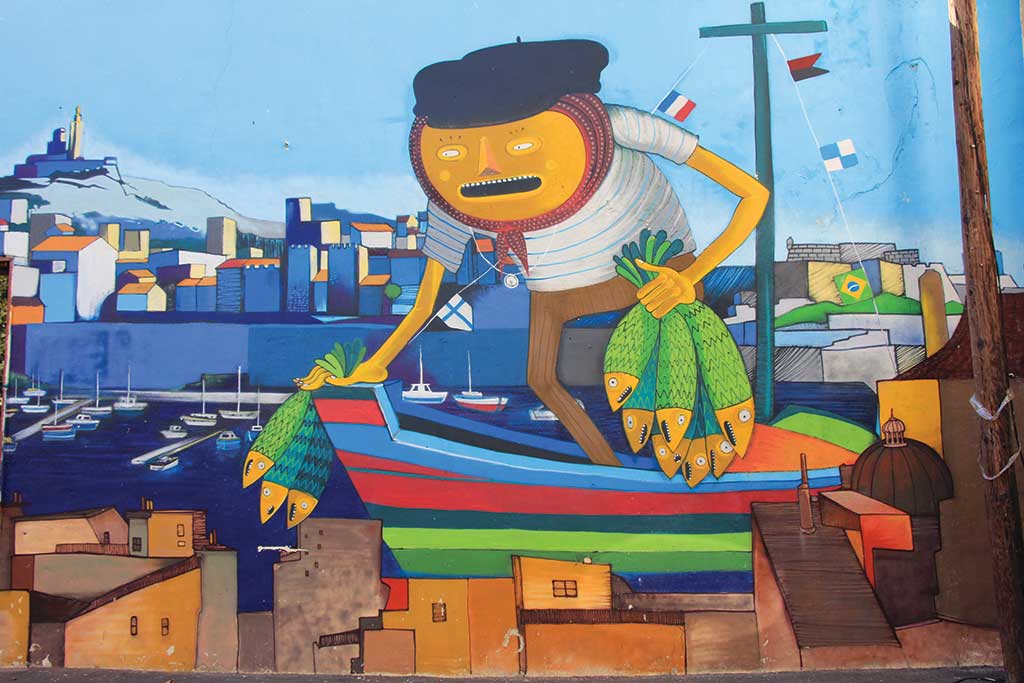 Marseille’s answer to Alcatraz, this desolate island fortress has been a prison to revolutionaries, Huguenots (French Protestants), and anti-royalists since the 16th century, although its most famous inmate was a work of fiction and never really existed.

In Alexandre Dumas’ famous novel The Count of Monte Cristo, the hero Edmond Dantès plots revenge while wrongfully imprisoned at Château d’If. His daring prison escape involves a gruelling swim to freedom. This fictional tale has left a real mark on the fortress. It’s even inspired the Défi de Monte Cristo (Monte Cristo Challenge), an annual sea swimming race. Established in 1999, hundreds of swimmers converge on d’If island in June each year, then swim a 5km route in the hope of attaining glory, a trophy, and a €3,000 prize. There are shorter races for the less aquatic, plus DJs, live music, and other events on dry land for those who don’t relish getting wet.

Marseille’s most significant new addition is the Museum of European and Mediterranean Civilisations, better known as MuCEM. Standing on reclaimed land by the entrance to the old port, this cube of gallery space is concealed by a lacy lattice-work of reinforced concrete, suggesting a Catholic mantilla or Arabic mashrabiya, or perhaps a mix of both. A suspended footbridge connects this contemporary structure to Fort Saint-Jean, an imposing historical landmark built in the 17th century, so it’s quite literally a bridge linking the old with the new.

Designed by Algerian-born French architect Rudy Ricciotti, MuCEM opened in June 2013. Surrounded by the sparking blue Mediterranean Sea, its permanent collection charts the historical and cultural cross-fertilization of the region, displaying objects and artefacts from four major civilizations existing around the Mediterranean from the Neolithic period to the present day. 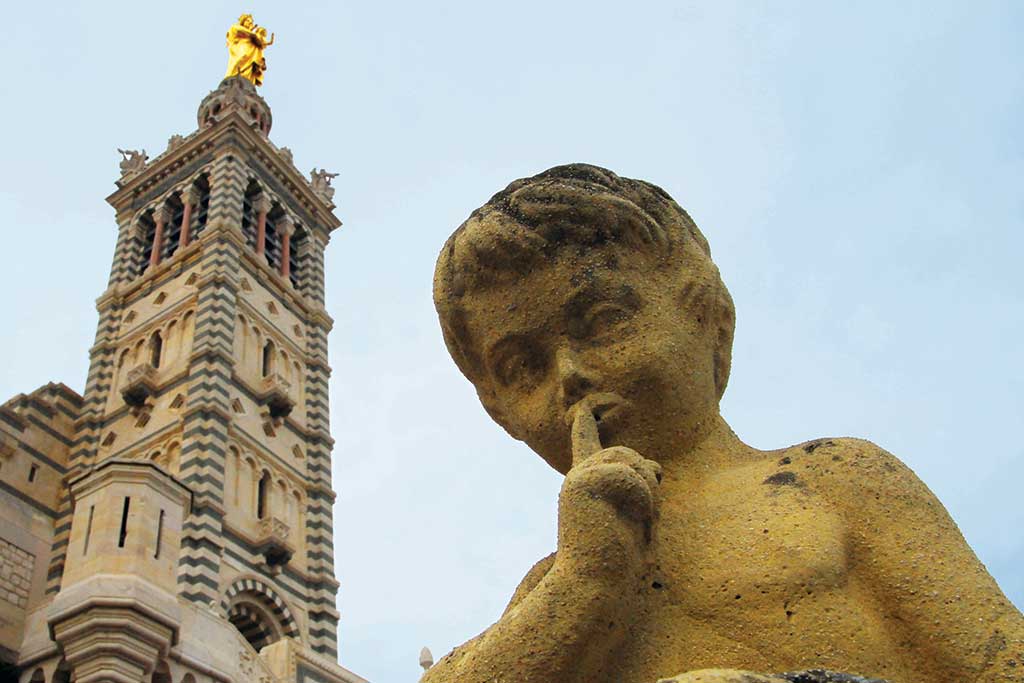 For a city built on diversity, this seems a fitting museum. And with what’s currently happening in the broader Mediterranean region, with unrest in Syria and Iraq, and refugees fleeing across (and sometimes drowning in) the Mediterranean Sea, much of what MuCEM presents has taken on new relevance.

As well as Norman Foster and Rudy Ricciotti, other famous names including Zaha Hadid are leaving their architectural mark on Marseille. This isn’t the first time that leading architects have experimented with the culture and structure of this city. One of the world’s most emblematic buildings from the 1950s, Le Corbusier’s Cité Radieuse is a concrete housing development in the south of Marseille; a one-building city comprising 337 apartments, hotel, restaurant, shops, medical and education facilities, and a communal rooftop with sculptural ventilation stacks, running track and gymnasium. Although much disparaged at the time, it’s since become a major attraction for tourists, architects, and designers from around the world. An exhibition center and arts-space called MaMo was added onto the roof in 2013.

The city’s historical old quarter Le Panier is also witnessing a reversal of fortune. A working-class area since the 17th century, successive waves of immigrants settled here due to its proximity to the port. Once a place where criminals, smugglers, and dubious sailors could evade the police, its maze of steep, narrow alleys are now smat- tered with cafés, boutiques, and artists showrooms. 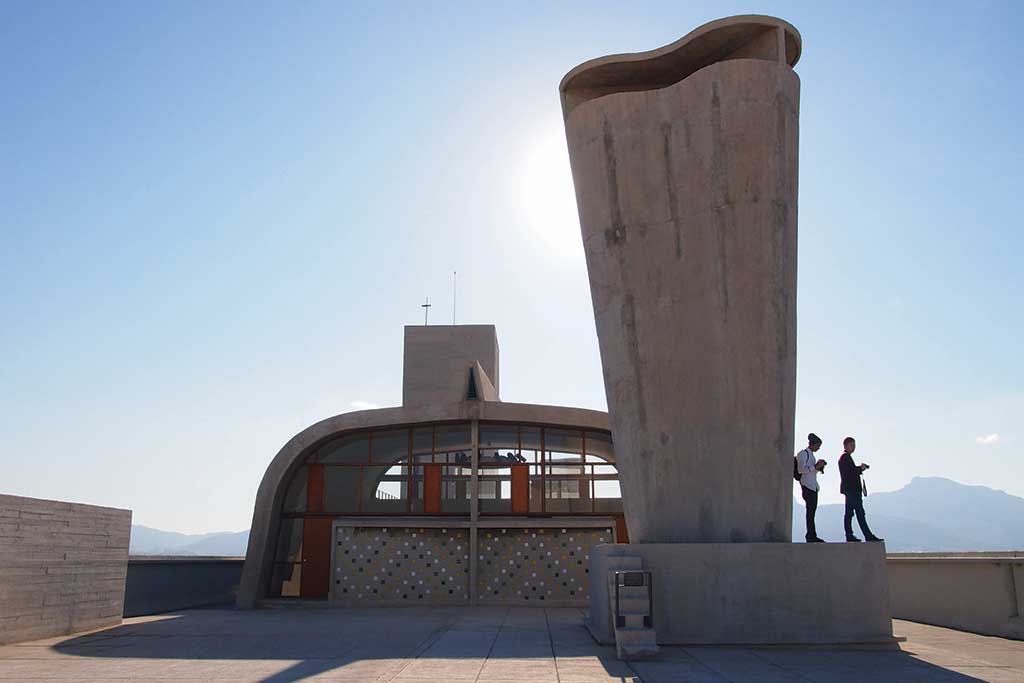 Recommendations along charming Rue du Panier include trendy café-bar Manolo, vintage and brocante emporium La Fée Trouvetout, and a boutique-size outpost of Maison Empereur, the iconic hardware and homeware store that’s been a Marseille institution since 1827, whose stock includes cast iron Le Creuset stockpots, colourful espadrilles, Limoges china doorknobs, and other decadent daily essentials. Nearby rue de La Caisserie is where Napolean lived when he was a young officer, and it is also worth exploring.

One of the quarter’s grandest buildings, the galleried Vielle Charaté was built in 1671 as a poorhouse, providing a roof and employment for vagrants, and attempting to find street children jobs as domestic servants, cabin boys, and apprentices. It’s also been an asylum and a barracks for the French Foreign Legion. Painstaking- ly restored during the 1970s, it now functions as a museum and cultural center.

Contrary to all these changes, Marseille retains its colorful, multicultural and often edgy counter-culture. Just a few hundred meters north of the old port, Le Marché de Noailles an the shops on steep rue Longue des Capucines will leave visitors no doubt that Marseille is Europe’s gateway to North Africa. The stalls and shops here are a sensory overload of exotic spices, dates, mangos, multi-coloured African fabrics, prayer mats, and tagine pots, while its pavement cafés serve mint tea, pastilla (a Moroccan meat pie with chicken, almonds, and cinnamon), and briouat (sweet, honey-soaked patisserie) as well as French classics like café au lait and croissants.

Marseille, A City Built On Diversity was last modified: July 13th, 2021 by millawynn