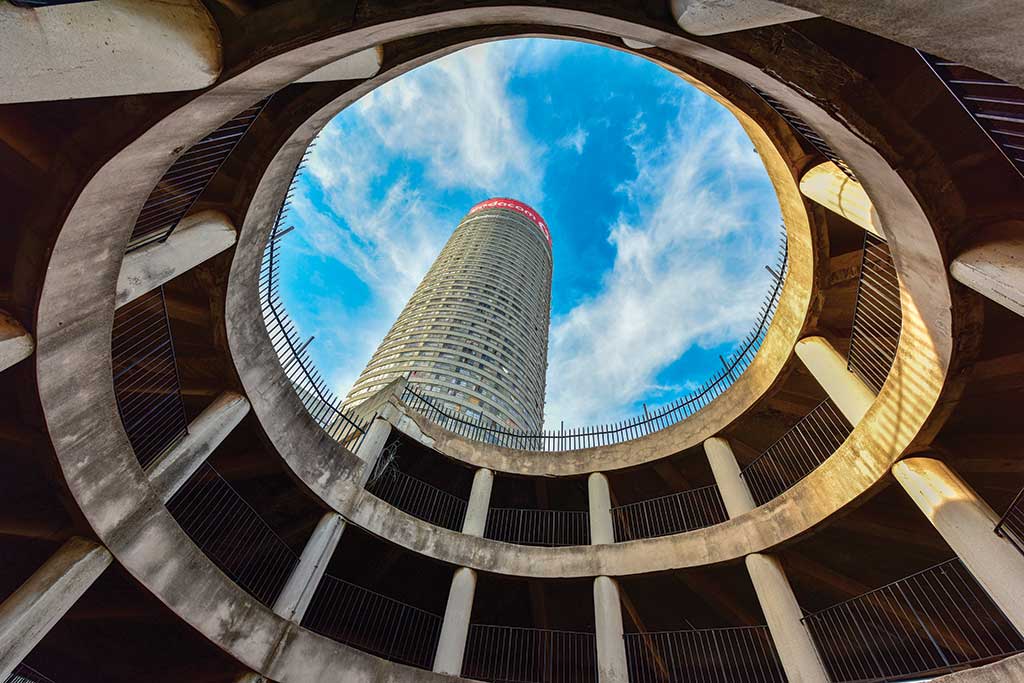 “Johannesburg is truly the country’s epicenter, not only for business but also culture, and it is home to the most exciting developments in fashion, art, music, and more.”

A carnival-like atmosphere in the Johannesburg township of Soweto surrounds me. Straight from the airport, I find myself in the shadow of two mammoth cooling towers. The Simpsons-like in their cartoonish façade, but powerful in their post-World War II dominance. Once part of the working Orlando Power Station, the area surrounding it is a fairground for locals and tourists. Children run in makeshift paintball trenches, girls flaunt cute styles while sipping Coca-Colas and teasing boys, and I sit with a massive platter of meats from local institution Chaf Pozi with a Castle beer. Above all the excitement, thrill seekers plummet 300 feet from a bridge connecting the two towers. I sit with a man, who carefully aims his daughter’s iPad up to the heavens while she begins her walk across the bridge, high above the surrounding fences of the park and looking out at all of Johannesburg. 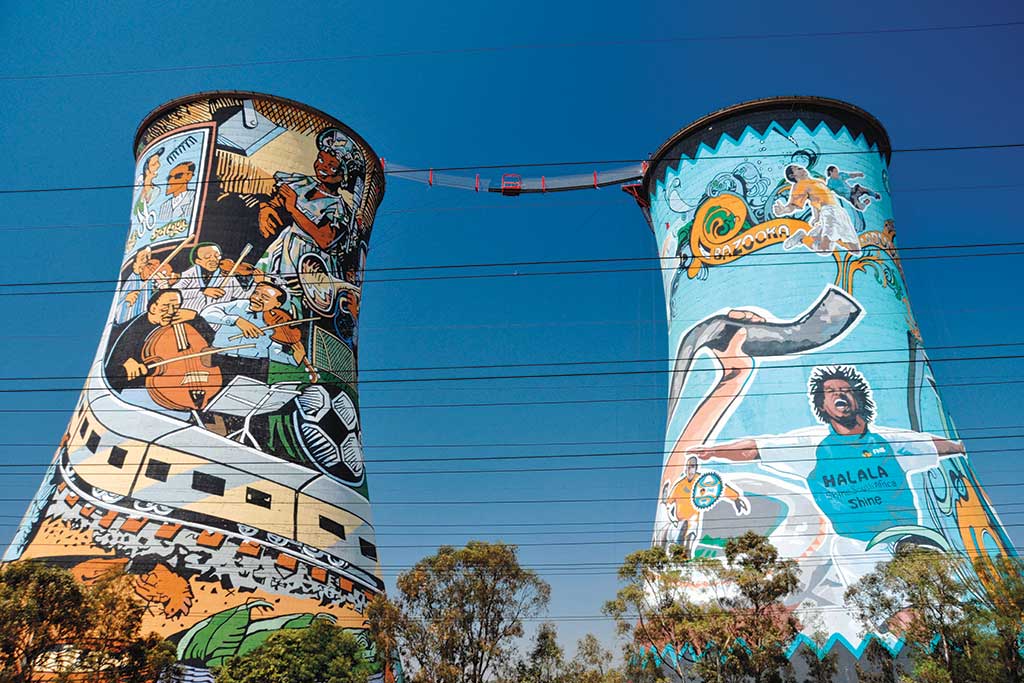 “When I was a kid, you would have never believed that this sort of thing would exist in the township,” he tells me.
“Dad, do you see this view!” she wails.
“No,” he laughs back, juggling to keep the big screen aimed right at her.

As she makes the jump, he also jumps, nearly missing his dad duty of taking the perfect photo. She upside-down twirls, getting gently lowered to the ground.

“This stupid thing,” he shouts at the iPad. “I don’t think it filmed.”
“Oh well,” he says grabbing his little girl tightly. “We will come again.” Looking up at her father she says, “I saw the whole city from up there.” “Oh yes,” he replies. “And how did it look, high above the fence?” “Like it was all one blur of color.”

Her words resonate throughout my trip in this fascinatingly complex city. First-time visitors will almost immediately notice the canal-like system of high walls, an upsetting sight I grow familiar with the longer I am here. South African-comedian Trevor Noah remarked upon his arrival in the United States for the first time how impressed he was by the lack of walls. “You don’t know how strange this is for me, driving in a neighborhood where there’s like no walls,” he said with amazement in the documentary You Laugh But It’s True.

Johannesburg is a large sprawling metropolis. With a population of just under one million people, and spreading some 635 square miles, my first impression is that it’s a daunting city. Johannesburg’s many neighborhoods are seemingly connected by vast amounts of greenery; it’s often listed as one of the greenest cities in the world.

We drive past giant mansions and country clubs behind towering gates loaded with security cameras, and through sections of the city where hundreds of men and women are out and about shopping at outdoor markets. It amazes me how quickly the city switches from idyllic suburb to chaotic
urban life, and I’m struck by this stark dichotomy of life here. 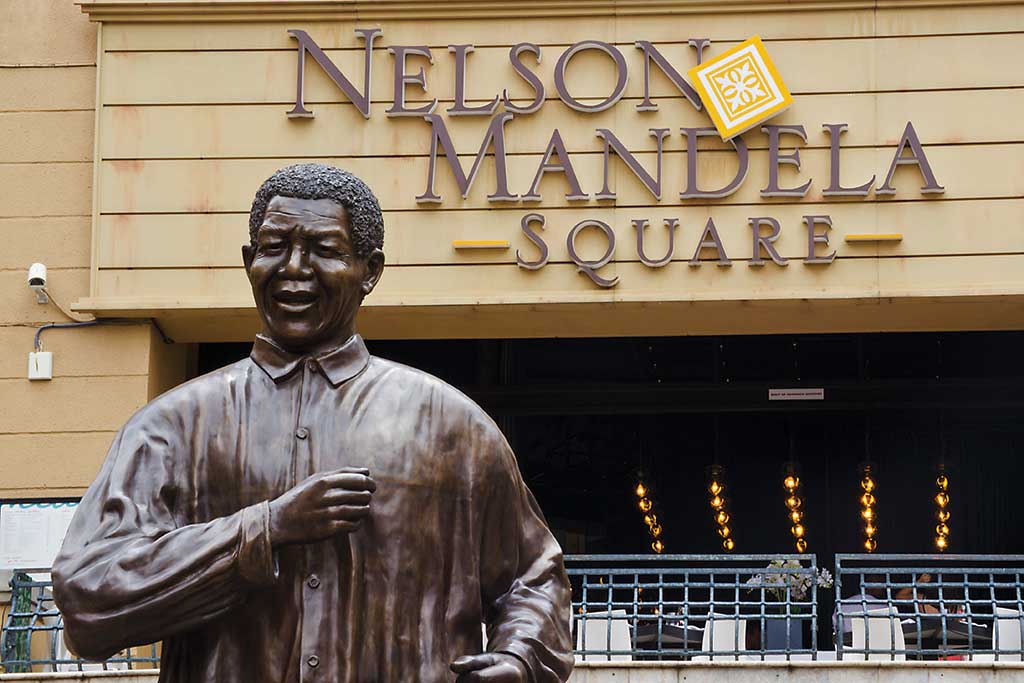 As we drive up to the area where our hotel is, we’re asked to show an ID before entering. The gated community known as Melrose Arch is a high-end mixed-use development. A mall with designer clothes snakes above and around cobblestoned streets where affluent families eat and drink outdoors. My hotel, Protea Fire & Ice, is a modern boutique that offers travelers a secluded stay in the heart of the bustling city.

To begin to understand modern-day South Africa, you must understand its history. No place does this as well as the Apartheid Museum. Entering into the stone structure, your admission tick- et is labeled with white or non-white, and visitors are immediately brought down an outdoor walkway surrounded by stones that also fill a high gate. Soon, I am officially led to the non-white entrance. Displayed on the walls are the ID cards given to anyone that didn’t fit into the European-definition of Caucasian. The museum is maze-like with exhibits on high fences, tons of videos, photos, interactive displays, and gut wrenchingly unjust stories of life during apartheid. You navigate the museum at your own pace. One could spend the better part of a day here. As you progress, though, the museum begins to open up, and it eventually leads to the freeing of Nelson Mandela and the first Democratic election in the country. South Africa’s story (particularly of inequality) is not over, so at the end of the museum the walls are still empty, waiting to be filled. The museum is a journey that saw our group emotionally drained, but when finished, and when we emerged into the courtyard, we can’t help but feel inspired and uplifted.

The effects of apartheid and the promise for a better future are also visible along our Street Art and Graffiti Tour. The tour paints an inspiring song of urban renewal with strokes of vivid colors, particularly in the area of Newton. This precinct has been a hotbed for the arts community for decades (mostly thanks to the world-famous Kippies theater where jazz musicians from all over the world have come to play). Our guide, an artist himself, is laidback and knowledgeable.

While we walk through the back alleys, streets, and plazas, he tells us about the recent street-art renaissance in South Africa. Building on the artists from Brooklyn and Berlin, the walls of the once-decaying Newtown are now vibrant canvasses for the city’s blossoming arts community. The work has become so well known that a festival celebrates the achievements, and a board hires international artists to show off their styles each year. The revolving door of talent has also breathed new life into the inner city. We’re standing in an alley that is adorned with mural after mural, and above the painted garage doors are shimmering condos replete with balcony gardens. “The hipsters have definitely already moved in,” our guide laughs.

Tourists to South Africa will most definitely want to take advantage of the primo-exchange rate. A nice mall with independent shops is at Newtown Junction. The vibe at most of the shops is decidedly hipster/street, which fits the neighborhood’s youthful feeling. I particularly splurged at the shop Amerikana where US fashion brands cost one third of what they’d be in New York.

Afterward, grab an outdoor table at Pata Pata Jazz in the area known as the Maboneng Precinct, which has been dubbed the Brooklyn of Johannesburg for its art culture, bohemian vibes, trendy restaurants, local markets, and a street style all its own.

Here, you’ll find Fox Street with handicrafts, art, music, and even photo shoots. We know we’re in the right spot when our graffiti tour guide skate- boards right by us. I sit back, listening to the sounds of the jazz band outside, munch on a Mediterranean salad and a potjie filled with oxtail and rice, and soak in the South African sun and the street theater unveils itself.

We’re also fortunate to sit with Bangu Masisi the president of South African Tourism US who is eager to show off this exciting area, calling it “Home to the city’s hottest new galleries, restaurants, bars, theater, and shops, [where] LGBT travelers alike can discover a wide variety of things to see, do and learn.” She also chats about why Johannesburg has become a trendy city for creative types including the LGBT community. “Johannesburg is truly the
country’s epicenter, not only for business but also culture, and it is home to the most exciting developments in fashion, art, music, and more,” she says. “In addition to being home to the country’s (and likely the continent’s) largest and most diverse LGBT population, biggest collection of Pride events (Oct. 2017), and a wide variety of social spaces, businesses, and media outlets, Johannesburg is an especially exciting destination for the LGBT market.”
We’re also happy to hear that the South African Tourism is particularly eager to work with on-the-ground LGBT-friendly businesses to ensure a safe trip for North American travelers. Naturally, it’s the South African people that make the destination so enticing and welcoming. It’s also reassuring to know that LGBT rights are enshrined in their constitution.

On Sundays, Maboneng is particularly a draw for Arts on Main and Market on Main. Arts on Main has vendors on the streets, and some local business take part by inviting artists to display their work. Pop into 12 Decades Johannesburg Art Hotel that has rotating exhibits thanks to its international artists-in-residence program. Here, you’ll also find plenty of info about upcoming exhibits throughout the city (it’s not too hard to find gallery shows as the community is out in full force promoting upcoming events). Also inside 12 Decades Hotel is a great little spot to grab a coffee, beer, or even a pizza, called Chalkboard Collaboration Café. The café also connects to the independent cinema, The Bioscope.

Johannesburg–Tearing Down Walls and Building a New South Africa was last modified: August 17th, 2020 by millawynn 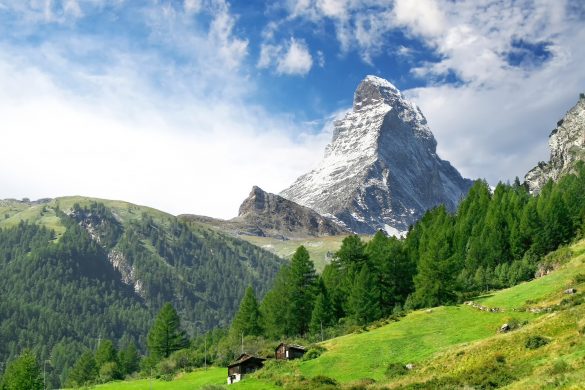 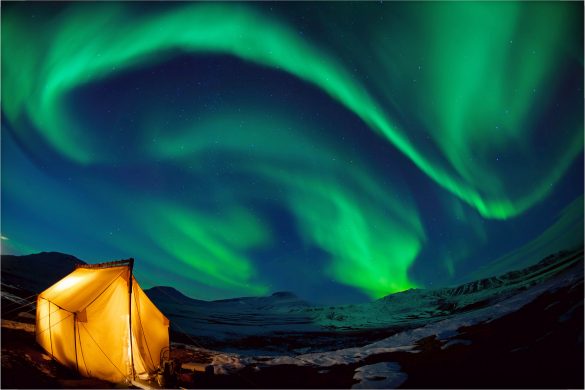 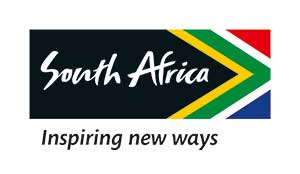