Top Posts
5 Reasons to Escape to Long Island this...
ESCAPE PLAN: Austin, Texas
Wilson Cruz and Other Celebrities Speak Out for...
Decorate Like A Designer With Jonathan Adler
Future Perfect Project Giving Free Concert at Lincoln...
Pack Your Bags and Prepare to Celebrate Pride...
Visit Lauderdale Launches New Campaign to Show the...
Tom Prior: The Star of the Gay Biopic...
8 Awesome Things to Do in Canada’s Banff...
Earth Day: 5 Countries Going Green and How...
Home People Gregory G. Allen: The Accidental Activist 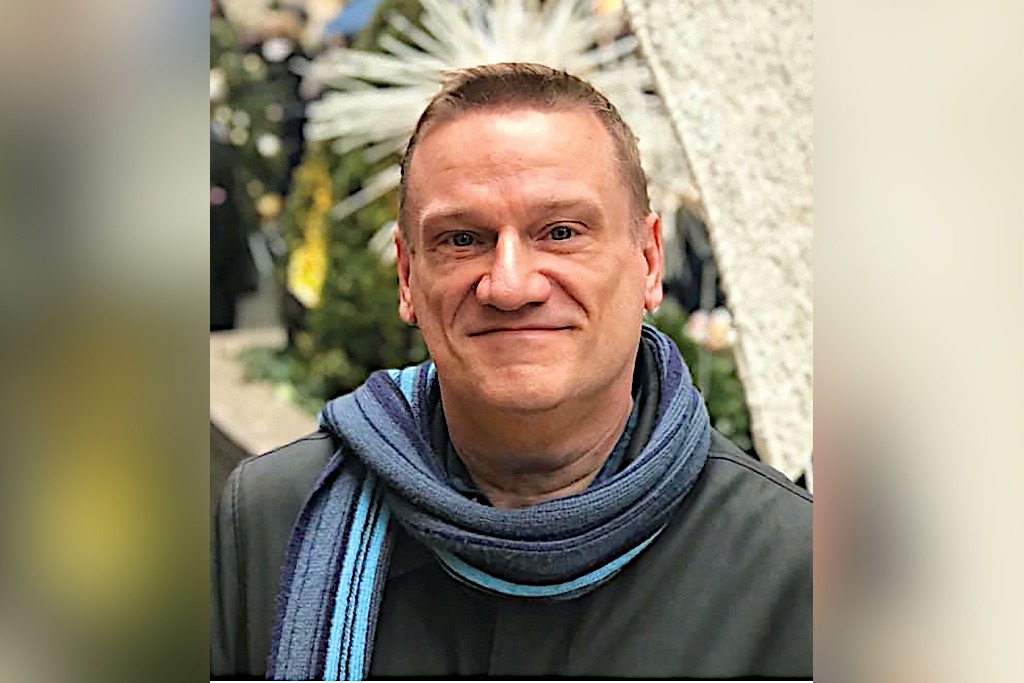 Gregory's most recent project is a play and short film titled, Hiding In Daylight. It combines his love of the arts with his desire to be vocal about LGBT rights in America today.

Gregory G. Allen has been in the entertainment business for over thirty years. He’s an actor, director, producer, songwriter, playwright, screenwriter, filmmaker, and theatre manager. He’s also the award-winning author of ten books, which include four novels, one nonfiction memoir, two shorts, and three children’s books, including Chicken Boy: The Amazing Adventures of a Super Hero with Autism. (www.gregorygallen.com).

And now he can add activist to the plethora of hats that he wears. His most recent project is a play and short film titled, Hiding In Daylight (www.gregorygallen.com/hiding-in-daylight). It combines his love of the arts with his desire to be vocal about LGBT rights in America today. As Allen says, “This project is a movement to get the LGBT community & our straight allies to pay attention to what is happening with equality and human rights today. What marginalized group will be next?”

I recently had the opportunity to catch-up with this renaissance man and ask him some probing questions.

Greg, as long as I’ve known you, you’ve been a cheerleader for the underdog. In fact, your website is titled Adversity & Diversity. But what happened that shifted you into becoming this very unexpected activist?
I think I’ve always had this need to share stories of an underdog. Even my first musical I wrote when I was 14, it was about
monsters who were sad that they had to live in a basement and only come out one day a year on Halloween when they could
be accepted. Oh yes…I was basically writing about being in the closet back then! I think the shift really happened when my
children’s book on autism awareness came out. Suddenly schools were reaching out to me to come and talk, and for the past 6 years now, I’ve been an advocate for autism. What I find interesting is when my advocacy changes. Not everyone is going
to agree on all things, but I think human rights are pretty basic. I’m still shocked when I lose a follower on social media because I post something about LGBT. 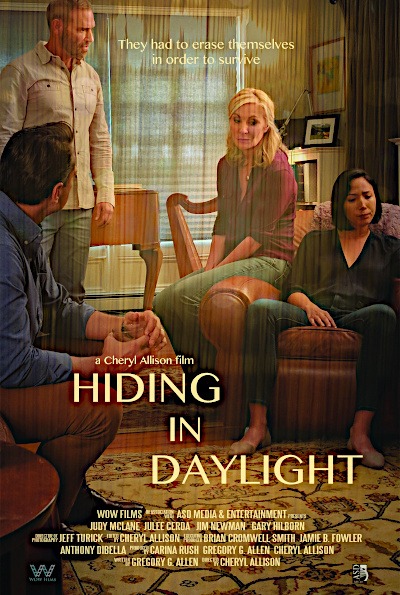 What inspired you to create your latest film, Hiding In Daylight?
After 2016 I was upset and frightened. I ate my way through the Trump administration’s first year and getting upset watching LGBT rights being chipped away. I saw 1984 on Broadway and was shook to the core. I told myself it was time to turn my pen into a sword, put down the ice cream, and see what I could do as a writer to try and create a way to get people to think about what’s going on. I chose to set the story in the future after a gay purge, pointing at all the ‘little things’ that
are happening now…because I don’t believe they are little. The story was written as a play and a film simply because I wanted it out there in as many forms as possible. There were a few readings of the play around the country where people would have conversations afterwards about the state of the LGBT community. Then I started working with Cheryl Allison, an incredible lesbian filmmaker and advocate, and WOW Films to do the story as a short film. I also did it as a one man show. I feel there are many possibilities in 2019 to get this story told: an important year since it’s the 50th anniversary of Stonewall. This truly has become my “art as activism” movement and I don’t plan to slow down until the story is told to many.

Now that the film is finished and being sent out to festivals and competitions, can the public view it?
Unfortunately, not yet. There are many rules with film festivals about making sure a film hasn’t been distributed
or posted online. However, if people follow us on social media (www.instagram.com/hidingindaylightfilm
and www.facebook.com/HidingIn-DaylightFilm) we will let them know when there is a festival near them. And then after
a year of that circuit, we’ll make sure people can see it.

You wrote and directed your first film, the award winning Mother. Was it challenging to hand over directing of Hiding In Daylight to Cheryl Allison?
I think art is at its best when it’s a collaboration. Writing is a lonely art form. The more people behind something, the more ideas you have. So being a producer/ screenwriter on Hiding in Daylight was all I ever intended to be. I honestly couldn’t
see myself directing. The funny story is, Cheryl Allison was going to be a producer and actress in the film, but in our pre-production meetings she kept talking about her vision for the film. I kept stopping her telling her that would be a director’s decision. Finally, the other producer and myself both went to Cheryl separately and told her she needed to direct the film and not be in it. Best decision we ever made. What she brought to this piece was magical. She honed in on a piece of opera music that she knew she wanted to use and this miniopera, which is our story, grew from that small gem. I feel very lucky that she was at the helm of our ship. 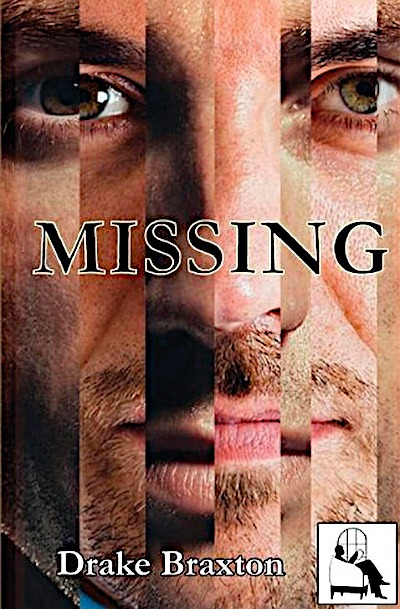 What have you learned from writing and producing this second film?
I loved my first film and we did it professionally, but looking back it was a little Mickey & Judy doing a show in the barn on a shoestring. Everything about this (including the budget) was heightened. I learned about working with unions. I learned that a producer who isn’t directing does whatever is needed on set…sometimes that means watching how much actors are drinking to refill drinks. I learned a director can come to you in the middle of a shoot and ask you to rewrite a line to fix a transition right on the spot and then a day later ask you to cut a few pages instead of waiting to cut them during the editing process. I learned that incredible things can happen when truly artistic people come together all trying to tell a powerful and important story the best way they possible can.

You recently went on a river cruise along the Danube. Will this journey appear in any of your upcoming projects?
When I’m not off being an advocate for something, my husband and I love to travel. We have our happy place in Puerto Vallarta, but we also love traveling to Europe, Cape Cod, on cruises…these travels tend to show up in my writing. The play version of Hiding in Daylight actual talks about trips we’ve taken with a lesbian couple and at times we had to pretend to be
male/female couples in Russia. I also wrote several LGBT themed books under the pen name Drake Braxton and one of
those, Vacation From Hell, was inspired by a trip I was on in the Caribbean. When I wrote the novel Missing, all of my
Provincetown trips ended up in that book as well as a trip to Amsterdam. So, travel plays an important part in my writing. 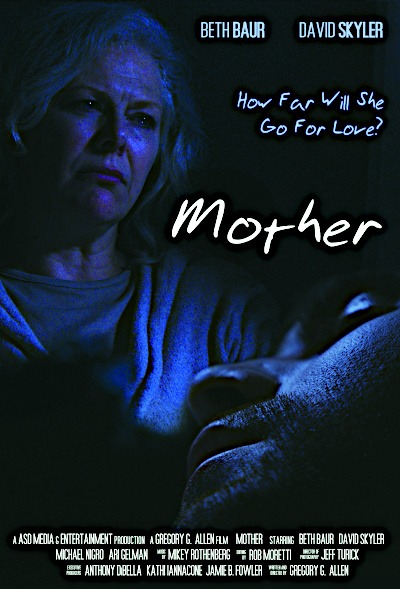 What’s up next on your creative slate?
We recently returned from a river cruise through Germany, Austria, and Hungary and while there my creative juices started flowing again after visiting two concentration camps. I thought much about the purge I discuss in Hiding in Daylight and it made me want to add some changes to the play version. It also got me thinking about another project I want to do after I finish writing a feature screenplay of Hiding in Daylight. Yes…after doing the short, I’m now writing the feature length film.

Greg, what advice would you offer to any wannabe filmmakers?
If you want to be a filmmaker, just go for it. Don’t do like I did and wait for all the stars to align and for everything to be perfect. Sometimes I’m my own worst critic. I really admire people that just go for it and they don’t wait to raise tons of money. Each film makes you better. Each script makes you better. You could waste too much time waiting for the perfect producer or the right match of film company: grab a team of people you trust and go for it!

I think naming you the Accidental Activist is very appropriate.
I hope that I continue to advocate for many things in my writing. For now, the most important is my livelihood as a gay
man. I don’t want to see our rights taken away. I sort of hid in the closet the past 6 years writing under the pen name of Drake Braxton because I was touring to schools, talking about my kids books and I didn’t feel the two would ever coexist. Because of Hiding in Daylight, I knew it was time to come out of that closet and let the world know that I was Drake. Nothing has been published in a few years under that name, but some of my best work was written as
Drake. HE won some awards and I couldn’t enjoy any of that because it was all so secretive . I think being an advocate
means being authentically YOU and I’m glad that I can share ALL of me with everyone. That same gay guy who loves
to cruise the Mediterranean is the same gay guy telling kids at school t hat it’s ok to be different. Someone has to advocate for the underdog.

View the trailer for Hiding In Daylight here.

Traveling Gourmet: Sweet Dreams are Made of This