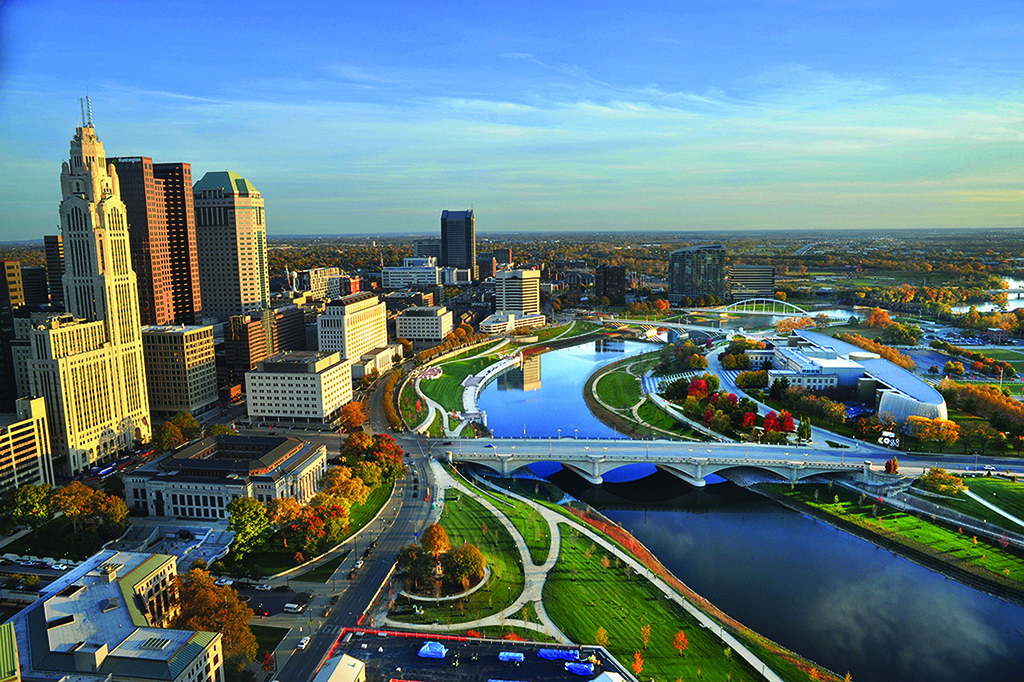 We wanted to know more about the sights, flavors, and happenings gracing Columbus these days, so we asked Hotel LeVeque General Manager Geri Lombard to share some of her favorite places, events, and tips.

It’s a large, Midwestern city with vibrant neighborhoods, a strong LGBTQ community, emerging fashion industry, and thriving economy that’s home to small scale makers and global brands. No, it’s not Chicago or Detroit. Welcome to Columbus! The capital of Ohio is home to more than two million people in its metropolitan area, and keeps on growing in population, culture, and as a booming US travel destination.

Among the city’s various new businesses, from restaurants to parks to craft distilleries, is Hotel LeVeque (50 W. Broad St. Tel: 614-224-9500. www.hotellevequecolumbus.com). The property opened in 2017 in a converted former office tower. Its 1920’s art deco style marks Columbus’s rich history, while the property itself offers a rather enchanting stay thanks to astronomical and celestial designs across the furnishings, uniforms, art, and especially in the projected constellations that appear with every room’s turn-down service.

We wanted to know more about the sights, flavors, and happenings gracing Columbus these days, so we asked Hotel LeVeque General Manager Geri Lombard to share some of her favorite places, events, and tips. 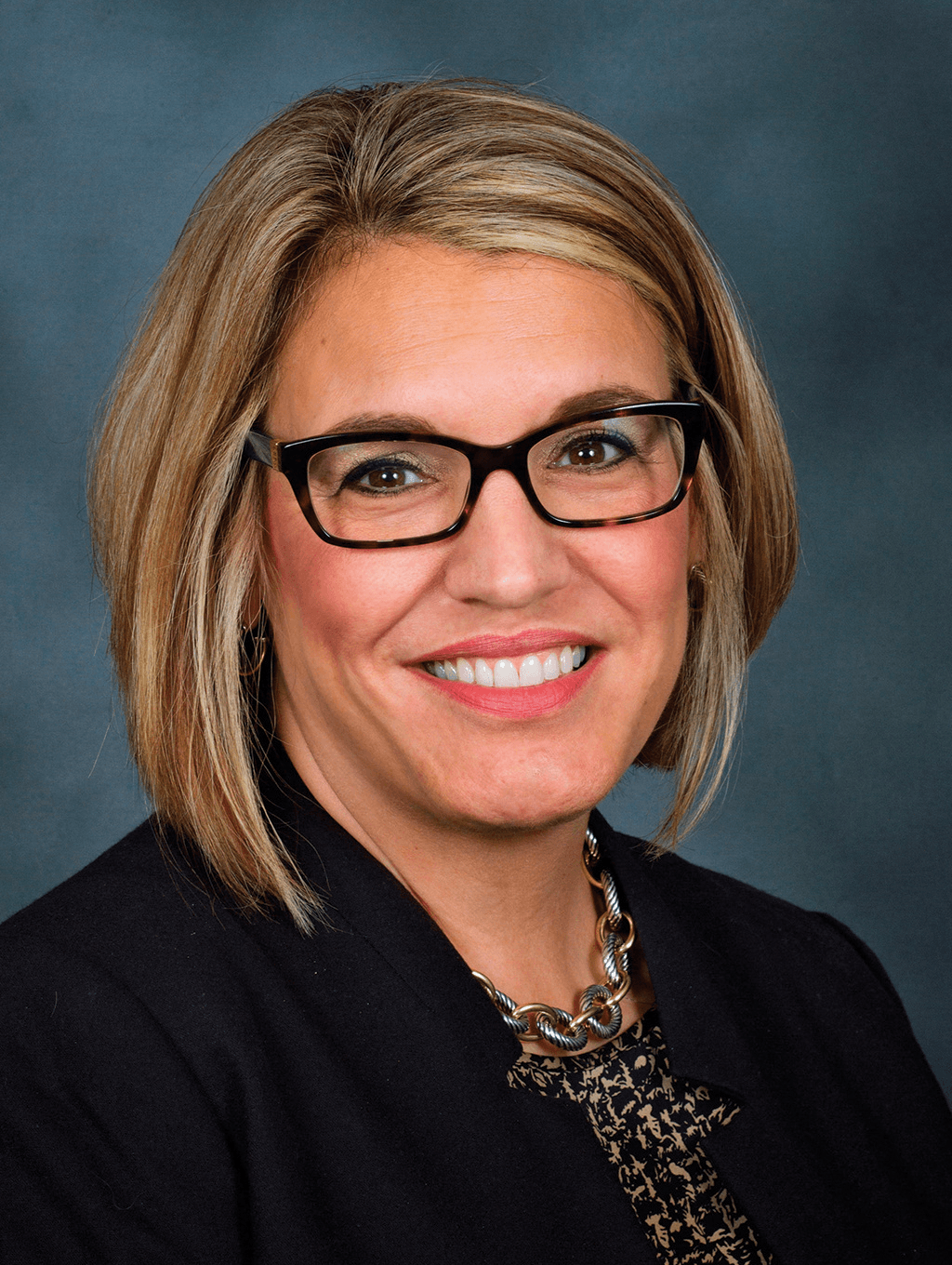 What are the best restaurants for a romantic dinner?
For a romantic choice, try our restaurant here at the Hotel LeVeque, The Keep (www.thekeepcolumbus.com). The cuisine is French brasserie that’s more modern and approachable. The restaurant does an open-concept kitchen, so if you sit at the kitchen “bar,” you can engage with the chefs and watch them work their magic. The restaurant is very romantic at night with our gas lanterns, the only establishment in the city that has them, and it adds to the ambience while evoking some of the building’s history. The Keep bar serves great craft cocktails that complement the dining menu. Another very romantic restaurant is the Refectory (1092 Bethel Rd. Tel: 614-451- 9774. www.refectory.com). It’s classic French and American cuisine, located in a former church from the 1800s, and it’s been a staple of the Columbus dining scene for 40 years. It’s pretty special, and has a wine cellar with more them 700 bottles in it.

Where are the coolest places for cocktails in the area?
like both Watershed Distillery (1145 Chesapeake Ave. Tel: 614-357-1936 www.watersheddistillery.com) and Middle West Spirits (1230 Courtland Ave. Tel: 614-299-2460. www.middlewestspirits.com). Those are two of the country’s first craft distilleries, so they’ve been making outstanding spirits for years, and have won many awards. We feature some of the products they make here at The Keep. Both now have their own restaurants, excellent bartenders, and craft-cocktail programs. Personally, I like mead. It’s a strong honey wine, on the sweeter side, so I recommend Brothers Drake Meadery & Bar (26 E. 5th Ave. www.brothersdrake.com) too, and they offer tastings, tours, and events.

What are the hot shows, and how do I get tickets?
Columbus has a great drag show at Axis (775 N. High St. Tel: 614-291- 4008. www.axisonhigh.com). It’s a blast! When someone wants a really unique, fun experience, we send them there. We have our own Nina West, one of the top drag performers in the country (she might be on an upcoming season of RuPaul’s Drag Race). We have a great live music scene, with everything from blues and jazz to rock. Some great singer-songwriters perform at Natalie’s (5601 N. High St. Tel: 614-436-2625. www.nataliescoalfiredpizza.com) in Worthington, a suburb of Columbus; and at Copious Notes (520 S. High St. Tel: 614-947-1520. www.copiouscolumbus.com) in German Village. You can hear bluegrass and roots music at Rambling House (310 E. Hudson St. Tel: 614-468-3415. www.ramblinghousesoda.com). If you want more of a live variety show, we’ve got Shadowbox Live (503 S. Front St. Tel: 614-416-7625. www.shadowboxlive.org), it’s a fusion of live rock ‘n’ roll with sketch comedy and theater, and they serve cocktails and food. They change it up often, and do themes, so it might be classic rock, or something that’s trending at the time. The performers are top notch at sketch comedy and other live vignettes, with music in between that’s sometimes incorporated into the comedy.