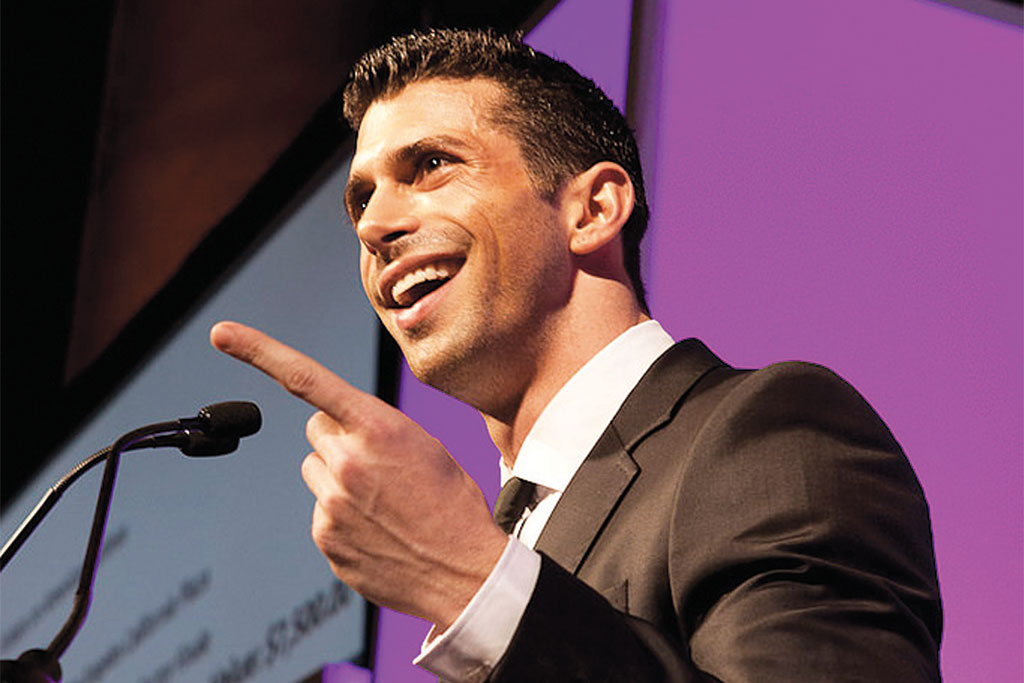 Growing up in South Florida just outside of Fort Lauderdale, Lovitz refers to his introduction to the gay community as “the godfather effect,” where he was fortunate to be surrounded by mentors in a bastion for the LGBT community.

UPDATE:  Since we originally profiled Jonathan Lovitz he has thrown his hat in the ring with a run for the Pennsylvania House.  His candidacy has been highly endorsed.  You can learn more about more about Jon in our profile below; and you can discover his positions and policies  on his website: Lovitz For PA House.   Read on!

There are those who speak of great things. There are those who do great things. And there are a blessed few like Jonathan Lovitz, Senior Vice President of External Affairs for the National Gay & Lesbian Chamber of Commerce (NGLCC), who manage both. Chatting by phone just prior to the organization’s sold-out International Business and Leadership Conference this summer, Lovitz simmered with a palpable energy as he prepared to welcome more than 1,000 participants who descended upon Palm Springs, California for the three-day event that included a boot camp for LGBT-certified and -registered businesses, break-out sessions such as “The Power of LGBT Tourism,” and a performance by music legend Melissa Etheridge. All in a week’s work for Lovitz, who is a force to be reckoned with when it comes to LGBT economic empowerment. 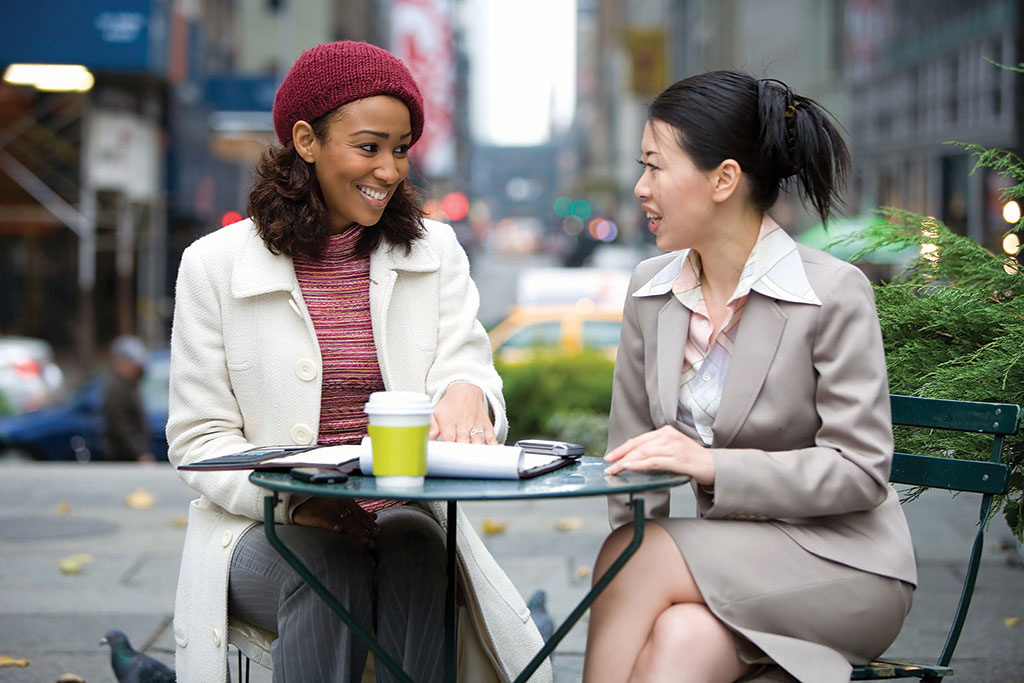 Growing up in South Florida just outside of Fort Lauderdale, Lovitz refers to his introduction to the gay community as “the godfather effect,” where he was fortunate to be surrounded by mentors in a bastion for the LGBT community. Studying theater and communications at University of Florida, it was during this time that he first became exposed to politics. He began by volunteering for John Kerry’s 2004 presidential campaign, as well as becoming involved with the Pride Student Union, an on-campus LGBTQ student group. It was his subsequent work in a national tour of a Broadway show, however, that opened his eyes to the diverse landscape of our country’s ever-changing LGBT community.

“As much as I loved exploring and living in cities like Chicago and Los Angeles, it was places like Birmingham, Alabama or South Dakota where I met people who would drive 50 or 100 miles for a sense of community that really inspired me,” recalls Lovitz. “It was beautiful to witness this at a young age, and it made me realize how easy my personal coming out process was in southern Florida. It was getting out and hearing those stories that drove me toward advocacy and a desire to make it better for people in cities less progressive than where I grew up.”

After touring with various Broadway shows for three years and a brief stint in New York City, Lovitz returned in 2008 “with tap shoes and a suitcase” and continued to work in theater and film. A friend at the three-year-old Logo TV suggested he come in for a screen test and so began a trajectory that would intersect his talents and passions beyond expectation. In his first year with the network, Lovitz appeared on various programs and was dispatched to cover 11 Pride events across the country. Leaders from the Human Rights Campaign, GLAAD, and the Trevor Project took note of his natural communication skills and he continued to lend his voice to worthy causes. And then NGLCC cofounder Justin Nelson reached out.

Nelson, along with Chance Mitchell, had launched the NGLCC in 2002 to put the LGBT workforce front and center, and, to this day, it is the only national advocacy organization dedicated to expanding economic opportunities for the LGBT business community. After speaking and fundraising for the NGLCC, Lovitz spoke at the 2012 National Dinner and hosted the event’s live auction. It eventually became clear that with more resources he could be a valuable asset in continuing the mission on both a federal as well as a state level with the New York affiliate—one of 47 chapters worldwide.

“[Jonathan] is a born communicator and has put his connections in the LGBT and media communities to good use raising funds and awareness for several major LGBT organizations, including NGLCC,” says Nelson. “We watched him grow his leadership and public engagement skills over the years and when the timing was right, we brought him on board Team NGLCC to help shape our communications, public affairs, and affiliate relations, as well as lead our New York office, NGLCCNY.”

Lovitz seized the opportunity and sees the potential for huge growth. “Years ago, nobody connected the dots from equality to economic empowerment. Now we’re opening the doors for potentially billions of dollars for diverse-owned businesses,” says Lovitz. “But we don’t exist in a vacuum. LGBT cuts across every other diverse community. In 2011, the NGLCC launched the National Business Inclusion Consortium (NBIC), recognizing that we can’t do this alone: it only works when everyone succeeds.” 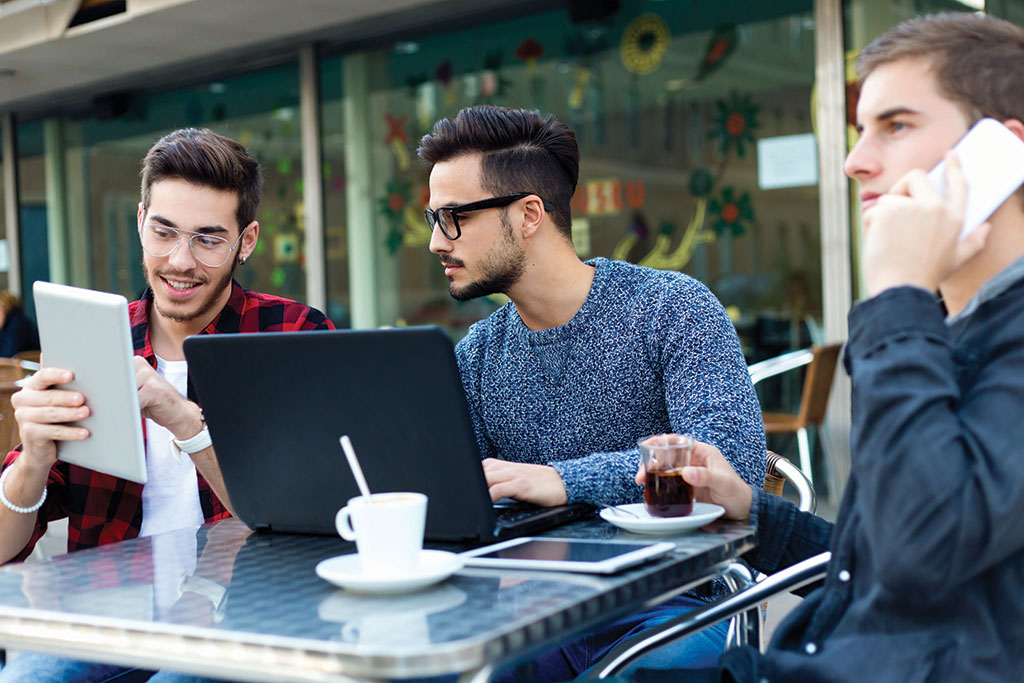 At the core of the NGLCC is its diversity certification program, the only third-party certifying body for LGBT-owned businesses in the country. With the momentum of federally recognized same-sex marriage since 2015, and more millennials’ gender fluidity coming into the spotlight, some might wonder if we’ve past the need for such identification. Not when money talks. Corporate and government contracts are worth millions and NGLCC certified businesses are able to apply for such contracts through the organization’s Corporate Supplier Diversity Partners. The NGLCC recently certified its 900th business, continuing to establish a powerhouse of goods and services that strengthens the LGBT community and also encourages competitive bidding.

To apply for certification, the majority of a business (51 percent) must be owned, operated, managed, and controlled by an LGBT US citizen or lawful permanent resident, and a site visit is conducted to confirm compliance. Once approved, the certified business gains access to millions of corporate and public-sector dollars, is included in a searchable database, and is eligible to participate in mentorship programs, leadership training, and even scholarships offered by NGLCC corporate partners. Notable founding partners include American Airlines, Wyndham Worldwide, and IBM. More than one-third of Fortune 500 companies recognize the certification and seek such businesses for procurement and contracting, confirming that the certification goes far beyond a website logo.

The NGLCC is tasked with the big picture as well as what’s happening locally. “Certification, policy, and advocacy happens on a national level through our headquarters in D.C., but our network of local affiliates are doing the grassroots work,” explains Lovitz. “It’s a perpetual endowment as local business owners get involved and become a part of their communities. And it helps us make the case on a bigger level with cities like Atlanta or Detroit where the numbers tell the story.”

And when Lovitz says “big” he’s not exaggerating. It doesn’t get much bigger than the Super Bowl, and when the 50th anniversary game rolled into the San Francisco Bay Area, it made sense for the NFL to expand its targeted Business Connect program (which already included minorities, women, and disabled veterans) to include Bay Area LGBT business owners. Nathan Ballard, a spokesman for the Super Bowl 50 host committee, told SFGate, “This is a new frontier for these types of supplier outreach programs, not just for the NFL, but throughout the business world.” 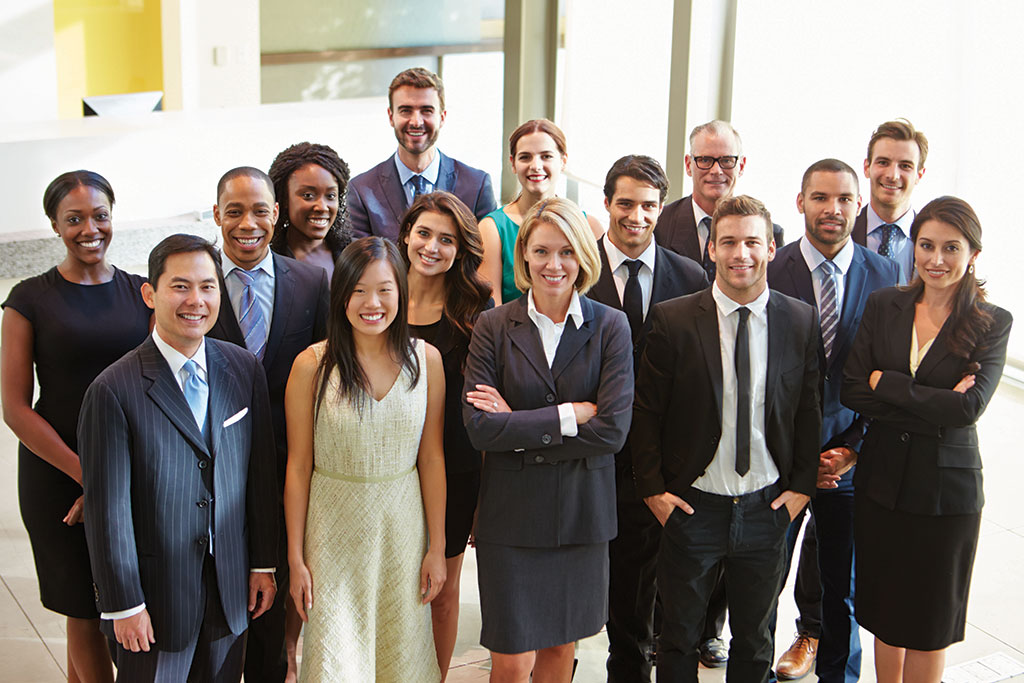 Major League Baseball has also gotten in on the action and Lovitz sees this as the new normal. “NGLCC-certified LGBT suppliers will help the MLB achieve the brass ring nearly all major corporations and organizations aspire to: a billion dollar spend on minority-owned businesses,” he explains. “While the exact figures for each corporation are often private, one thing we know from our experience in this field is that adding LGBT enterprises to a supply chain guarantees the increase in highquality competitive bids that allow companies to continue raising their minority spend year over year.”

Lovitz is quick to point out that in many cases the NGLCC reaches across party lines. It was under Republican Governor Charlie Baker’s executive order that Massachusetts became the first state to mandate LGBT inclusion in its Supplier Diversity Program, stating, “Only an inclusive marketplace that offers competitive opportunity for businesses as diverse as the people of this Commonwealth can promote economic prosperity for all.”

And on the West Coast, California exemplifies how the NGLCC’s work is impacting the public sector, where Assembly Bill 1678 now ensures that public utilities extend to certified LGBT business enterprises the same provisions granted to women-owned, ethnic minority-owned, and disabled veteran-owned businesses. As a result, the state has seen a staggering increase of more than 200 percent in supplier certification.

Lovitz also wants to bridge the gap between millennials who are living in a more inclusive and accepting time and LGBT business owners who understand that the corporate playing field isn’t always level.

“Jonathan, through his work with the media and by engaging our local chambers, is helping us remind everyone in our community that the fight is not over and our businesses must keep working for greater inclusion and opportunity,” says Justin Nelson. “As Barney Frank once said, ‘If you’re not at the table, you’re on the menu.’ Every year corporations, state governments, and federal agencies spend tens of billions of dollars in procurement contracts for everything from office supplies to jet engine parts. NGLCC is leading the charge to remind everyone that ‘If you can buy it, an LGBT business enterprise can supply it.’” 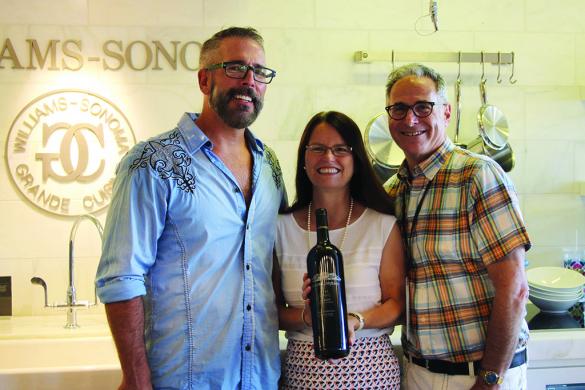 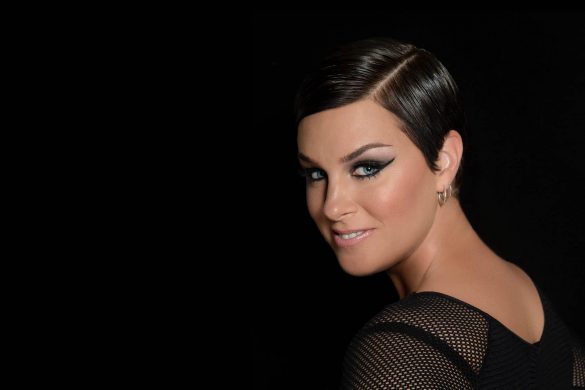 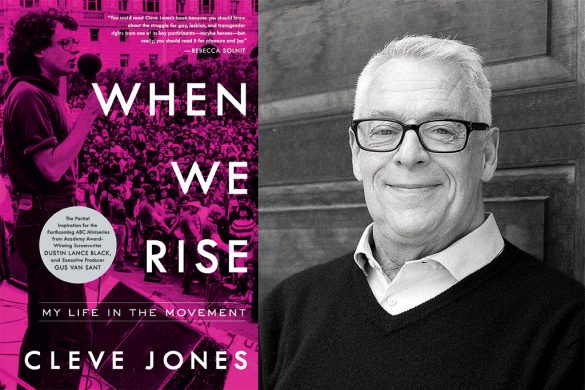 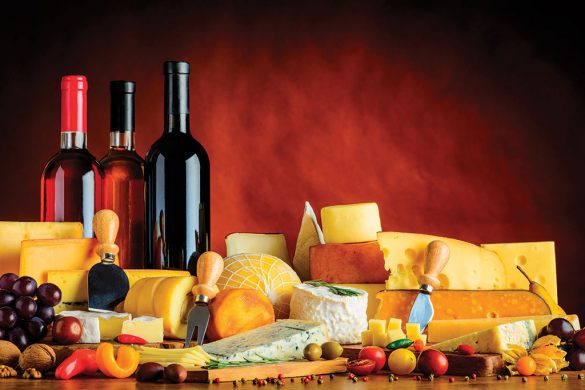 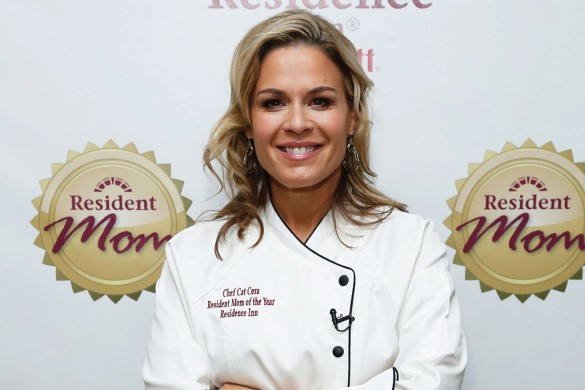