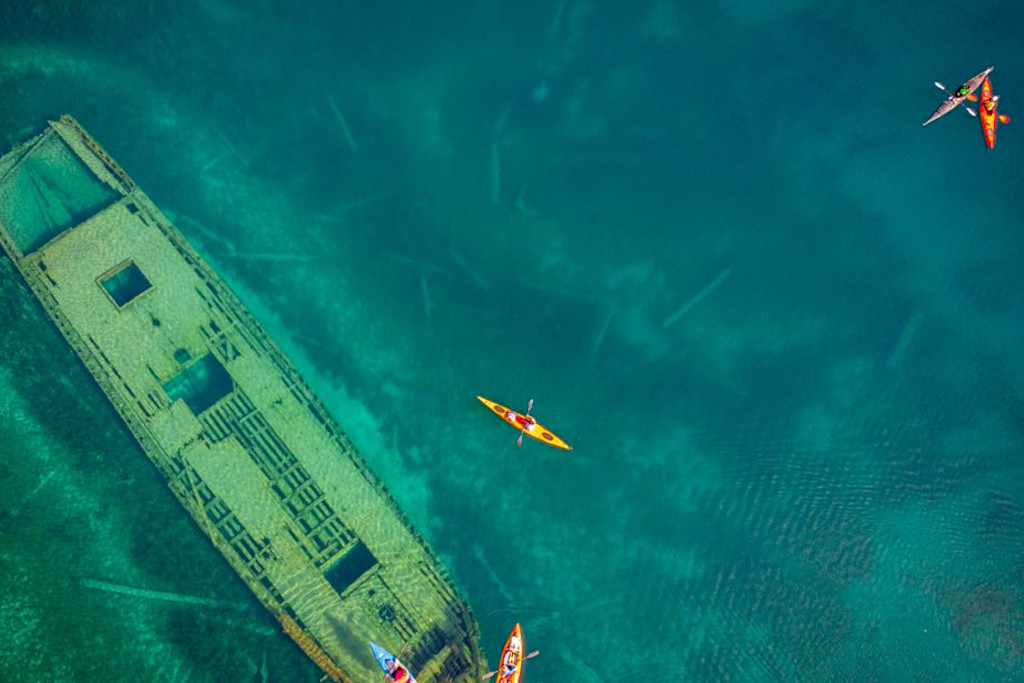 Here are some of the best underwater adventures North America has to offer, so hold your breath, dive in, and have fun!

Here are some of the best underwater adventures North America has to offer, so hold your breath, dive in, and have fun!

In The Little Mermaid, Sebastian sings, “Just look at the world around you, right here on the ocean floor, such wonderful things surround you, what more is you lookin’ for?” And you know what, maybe he’s right. Why spend your vacations above ground when you can spend them under the sea? Here are some of the best underwater adventures North America has to offer, so hold your breath, dive in, and have fun! 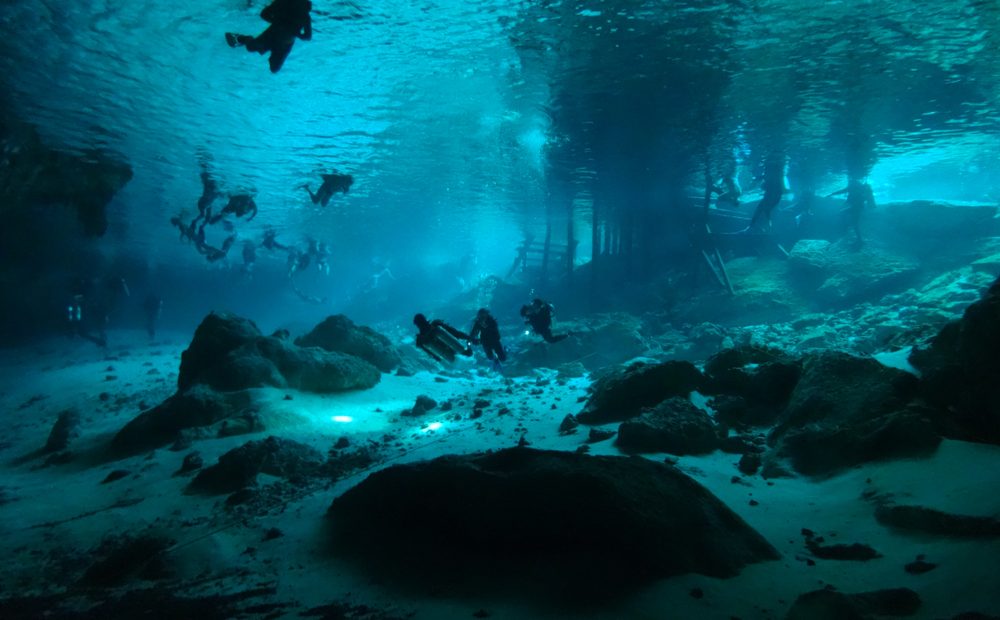 Like a scene right out of the new 47 Meters Down movie, the Cenote Dos Ojos Cave in Mexico is a flooded cave system fed by seawater within the Riviera Maya. It’s deep, sprawling, and still has sections unexplored by humans. Luckily, there aren’t any scary sharks in the cave like in the movie. However, there is some amazing snorkeling and cave diving (as well as multiple species of small fish and shrimp.) The word Cenote comes from the Mayan language and means ‘the sacred well.” The cave is even home to the 2010 freediving record, where a man swam 490ft on a single breath.

The Pigs of the Bahamas 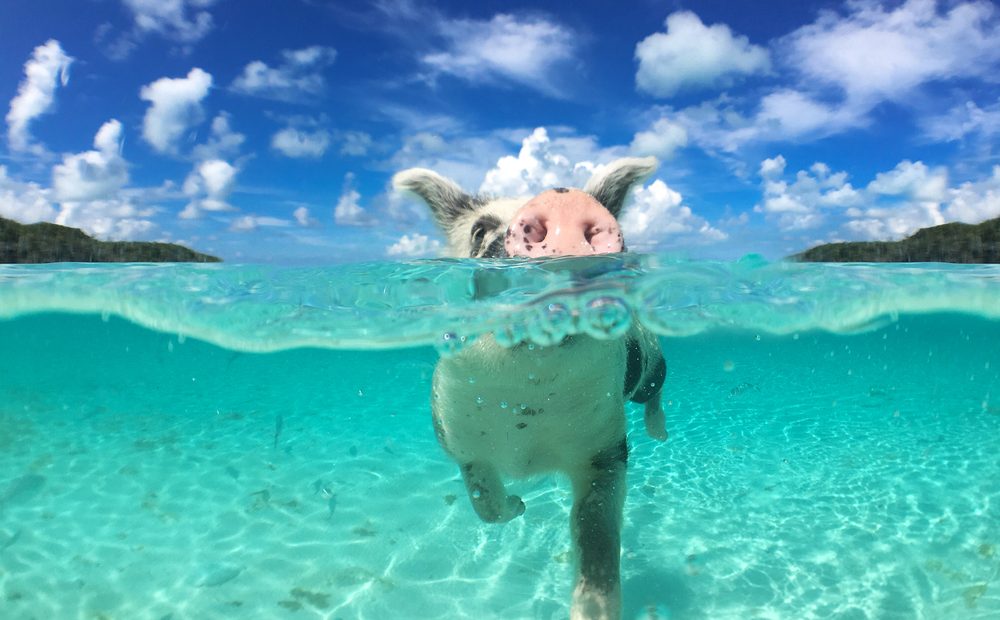 Republicans in the South may fear 30-50 feral hogs, but in the Bahamas, wild pigs have been met with fanfare. On a small, uninhabited island in the Bahamas lives a group of some of the luckiest pigs in the world. Nobody really knows how they got there. The two main theories is that perhaps sailors put them on the island with the intent of letting them grow to later eat them, or that the pigs swam ashore after surviving a shipwreck. Whatever the reason, they’re here, and people love them. A true testament to the pig’s strength is that they survived the recent hurricane Dorian (which slammed the the Bahamas as a category 5). As the Bahamas begin to rebuild after the storm, they can use all the tourists dollars they can get. So go ahead and go snorkel with some pigs! 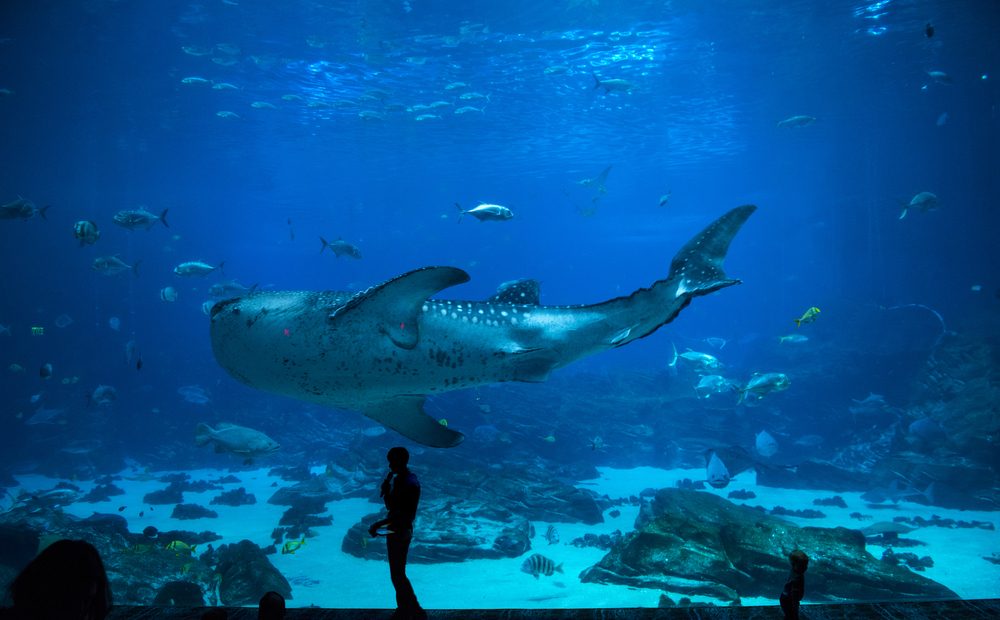 Yes, you can have an underwear adventure while in the middle of Georgia. The Georgia Aquarium is the largest in America. Because of its titanic size, it can hold some animals that few other aquariums can, like whale sharks, rays, and beluga whales.

Aquariums are hotly debated these days (especially post-Blackfish, which blew the lid off of SeaWorld’s secrets), and the Georgia Aquarium has been directly in the middle of this rigid fight. The Georgia Aquarium has prematurely lost two whale sharks, and two baby beluga whales. One of the lead trainers (who was slated to become a senior vice president of the Aquarium) was caught on camera abusing animals at his prior job, and shortly after the video surfaced, committed suicide.

With the constant death of captive Great White sharks all over the world, it should be noted that the Georgia Aquarium has never had one. Additionally, the aquarium’s whale sharks were purchased from a Taiwanese market that was going to kill them anyways, and aquariums do help humans feel closer to animals, which increases respect for them in the wild. Supporters argue that the aquarium engages in scientific research to better understand endangered species and their conservation. So the choice is yours whether you support aquariums or not, but if you do, the Georgia Aquarium is a can’t-miss. 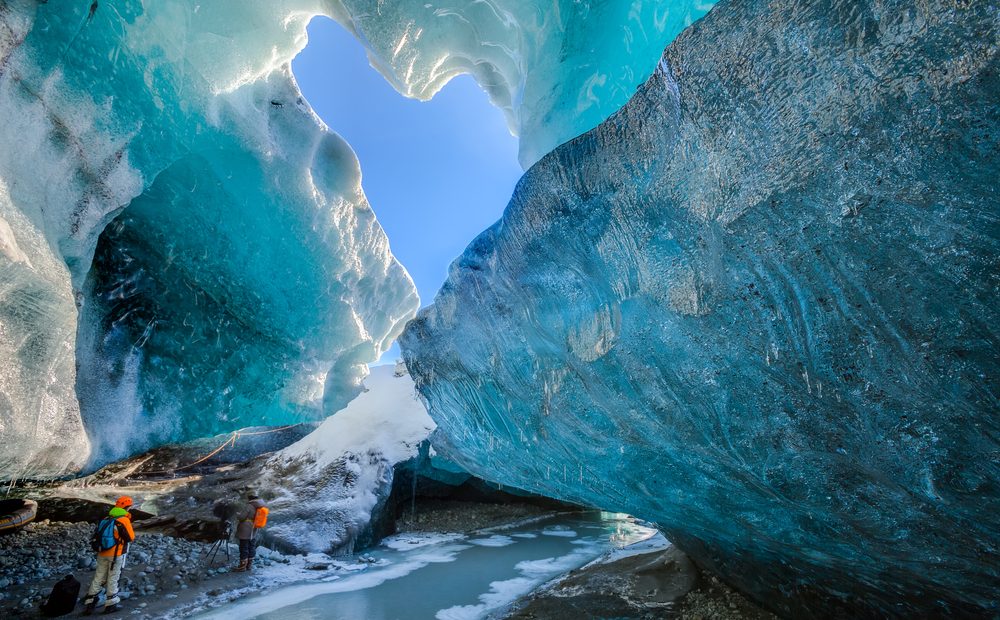 Nobody said the water couldn’t be frozen right? You can still be underwater (and you’ll be under a lot of water) without ever getting wet!

Located near Juneau, Alaska (only about 12 miles away), the glacier is currently protected within the Mendenhall Glacier Recreation Area, so it’s easily accessible to visitors and will be around for generations to come… Well, actually, that’s not true. The glacier is currently about 13.6 miles long, but has retreated 2 miles in last hundred years. The US Forest Service has reported that the temperatures in Alaska are rising, and the glacier will continue to retreat, perhaps at quickening speeds. As the glacier retreats and gets more unstable, the ice caves will become more dangerous. While you may still have quite some time before you need to worry, you might want to head to Mendenhall sooner than later. 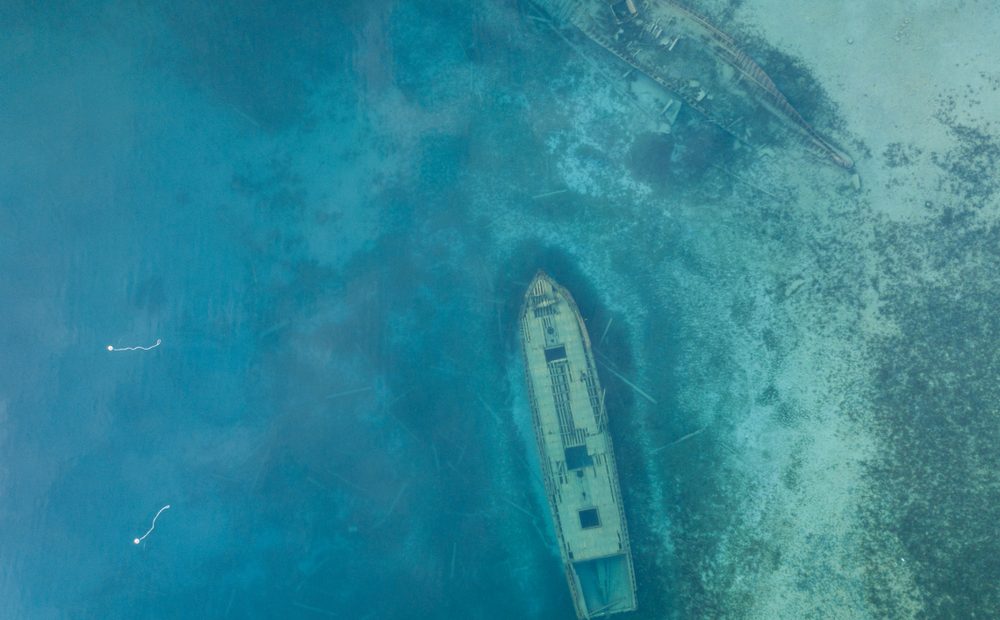 If you’ve ever heard the song The Wreck of the Edmond Fitzgerald by Gordon Lightfoot, then you probably already know the Great Lakes can be deadly. Many who aren’t from the region underestimate the titanic storms that can ravage the lakes, and they end up in dire trouble. Storms on the lakes can come on quick, are hard to anticipate, and can reach hurricane-strength winds. Devastating storms have hit the Lakes in 1905, 1913, 1957, 1975, and in 1996, the Lakes had their very own hurricane. The schooner Sweepstakes was one of the Lake’s many victims. She entered service in 1867, and less than 20 years later, sank. Sweepstakes now rests in relatively shallow waters in Lake Huron, nestled within the Five Fathoms Marine Park, which is home to a total of 18 sunken ships. The marine park is great for swimming, snorkeling, and scuba. Or, if you don’t feel like getting wet, spend a lazy day on a pontoon. 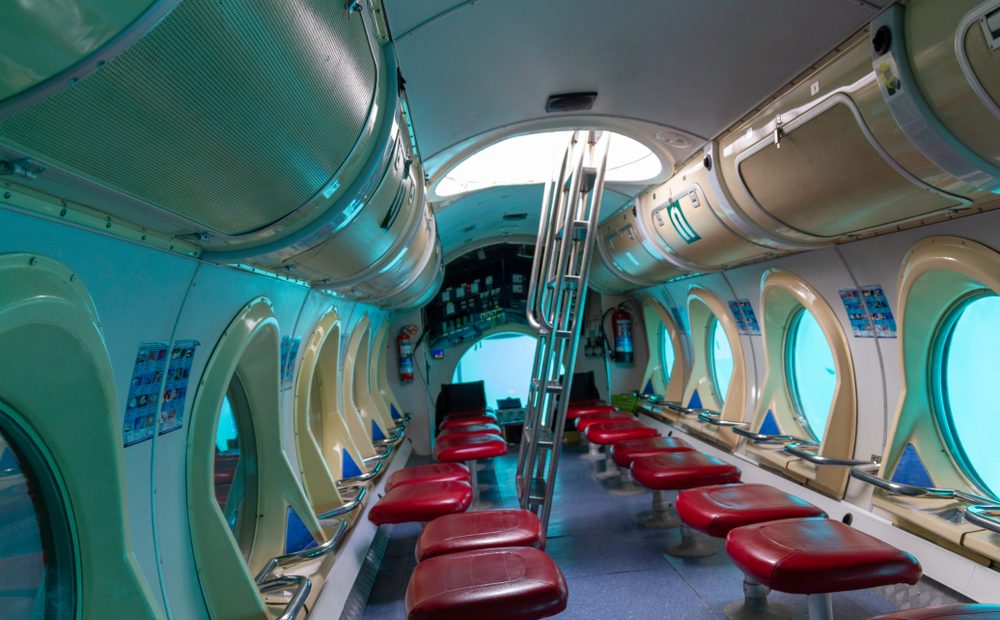 On three of the Hawaiian islands, you can go underwater in a real submarine. Atlantis offers submarine adventures in Oahu, Maui, and Hawaii. The three experiences are rather different. On Oahu, they created an artificial reef in a once barren part of the sea, placing sunken ships, and even a downed airplane. Environments like these help give fish safe places to hide, attracting them in large numbers. Once the fish come…the sharks soon follow. On in the Big Island, you go 100ft below the surface and skim by a 25 acre coral reef abundant with life and color. In Maui, you get a mix of both terrains. The subs are all battery powered and produce no exhaust. The company is also certified by the Sustainable Tourism Association of Hawaii. They also has a “Living Classroom” program for local schools, where teachers can hold science classes on the submarines to teach students about the oceans.

Some Of he Best Urban Hikes in The USA

Some of the Best Urban Hikes in the USA 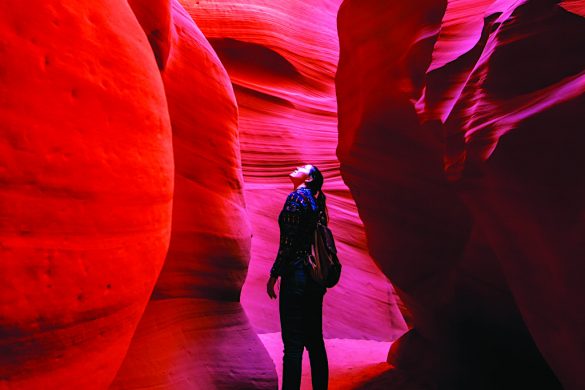