Top Posts
ESCAPE PLAN: Austin, Texas
Wilson Cruz and Other Celebrities Speak Out for...
Decorate Like A Designer With Jonathan Adler
Future Perfect Project Giving Free Concert at Lincoln...
Pack Your Bags and Prepare to Celebrate Pride...
Visit Lauderdale Launches New Campaign to Show the...
Tom Prior: The Star of the Gay Biopic...
8 Awesome Things to Do in Canada’s Banff...
Earth Day: 5 Countries Going Green and How...
Experience The Lexus International Gay Polo Tournament
Home Destination Europe A Renaissance in Bordeaux, France 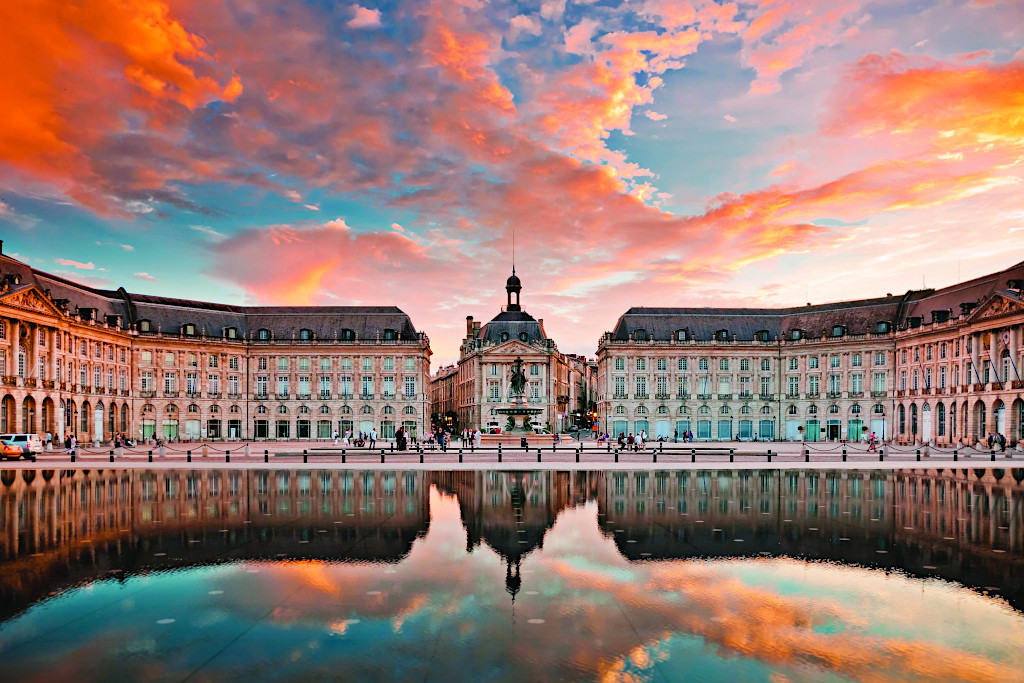 Bordeaux is a breathtaking city where you can enjoy the French art de vivre and the simple pleasures of life. Great food, the best wines, peaceful nature, and a vibrant art scene.

When you say Bordeaux, most people will boast about their favorite vintage from one of the most prestigious wine regions in the world. Nowadays, however, a lot more people are referring to the city of Bordeaux, a once sleepy, off the radar destination that is enjoying a renaissance, making it one of the most exciting locations in western France.

Once the grandest city in France outside of Paris, Bordeaux has stunning architecture of limestone buildings from the 18th century, in which the Haussmann renovation of Paris in the mid-1800s was based. It was also one of the wealthiest cities, and the Garonne River made it a major port for trading in the 1700s.

By the late twentieth century, Bordeaux lost much of its grandeur, becoming rundown and gritty, with the limestone buildings turned to the color of soot, while the mighty Garonne River became a wasteland of industrial buildings, with views of it almost hidden.

In the 1990s, mayor Alain Juppé took on the task of cleaning up Bordeaux. The historic, architectural gems of the city were cleaned and restored, the center of city became more pedestrian oriented, and a new tram service was introduced, easing car traffic.

Four years ago, the travel time on the TGV fast train from Paris to Bordeaux became two hours. The new train time was a boon to the city with a huge influx of Parisians, not only visiting, but also relocating, as the cost of living was much lower than in Paris. Now that Bordeaux was so much more accessible and also attracting international and local tourism, the city saw a phenomenal spike of new hotels, restaurants, boutiques, and cultural institutions.

Alexandra Radlovic, a former Californian, who moved to Bordeaux after living in Paris for many years says, “Bordeaux is a breathtaking city where you can enjoy the French art de vivre and the simple pleasures of life. Great food, the best wines, peaceful nature, and a vibrant art scene. My favorite time here is in the fall. Drive on the Route des Chateaux and pass through the charming towns of Margaux, Saint-Estephe, and Saint-Julien. Visit spectacular Chateau Beychevelle for a memorable wine tasting.” 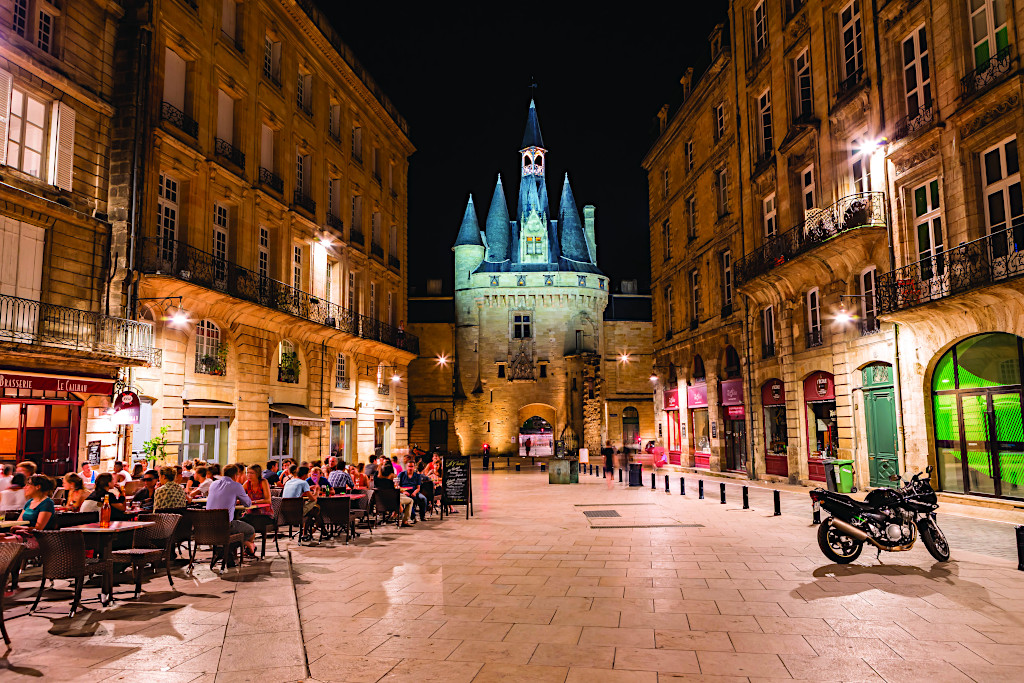 CULTURE
It seems Bordeaux ups the cultural ante every few years, by launching major, new projects. In 2016, the Cité du Vin (134 Quai de Bacalan. Tel: +33(0)5-56-16-2020. www.laciteduvin.com), a wine museum and cultural center opened to much fanfare and is now a top attraction of Bordeaux. Alain Juppé insightfully named it the “Guggenheim to wine,” as the Cité du Vin has an 80-foot tower with slivers of aluminum and bronze panels swirling around a glass body. The extensive museum incorporates a mélange of activities and venues, including temporary exhibits, an auditorium for lectures and talks, workshops, a library, a wine bar, an haute cuisine restaurant, and a boutique selling wine and related products.

The main presentation is an interactive experience containing numerous viewing and listening stations. At the entrance, you are given state-of-the-art headphones and instructions on how to operate them once you are inside. The presentation in English (other languages are available) is not only entertaining but also informative. You learn about the history of winemaking throughout the centuries; the economics, shipping and storing methods; folklore; bottle design; and current trends. Three movie theater-size screens display astonishing videos with drone views of the great wine regions of the world. The cost of admission includes a complimentary glass of Bordeaux wine, and after you exit the exhibitions an elevator whisks you up to the eighth floor where you are dazzled with a 360-degree, gasp-worthy view of Bordeaux as you head to the bar to make your wine selection.

Created by Culture Spaces, Bassin de Lumieres is the most ambitious entry yet in the digital empire of the company. Their formula of producing immersive, digital art shows featuring historical and contemporary artists such as Van Gogh, Monet, Renoir, Chagall, and Yves Klein, have been runaway successes in locations such as Paris and Les Baux-de- Provence, with over a million spectators in the past eight years.

The vast space contains 12,000 square meters of projection space, 90 video projectors, and 80 speakers, almost guaranteeing a mind-blowing experience. Gustav Klimt, and his gorgeous world of patterns, flower motifs, and portraits of the Belle Epoque of Vienna, is the centerpiece of the inaugural exhibition. The soundtrack accompanying the show includes glorious music by Beethoven, Philip Glass, Mahler, Chopin, Wagner and Rachmaninov.

Bassin de Lumieres also features three shorter shows in addition to Klimt, including a tribute to the early, 20th century, artist Paul Klee, Ocean Data, a show using AI to create aquatic images, and Anitya, which traces the history of the submarine base.

You May Also Like:  Mediterranean Wonders In France And Spain
A Renaissance in Bordeaux, France was last modified: April 19th, 2021 by Richard Nahem