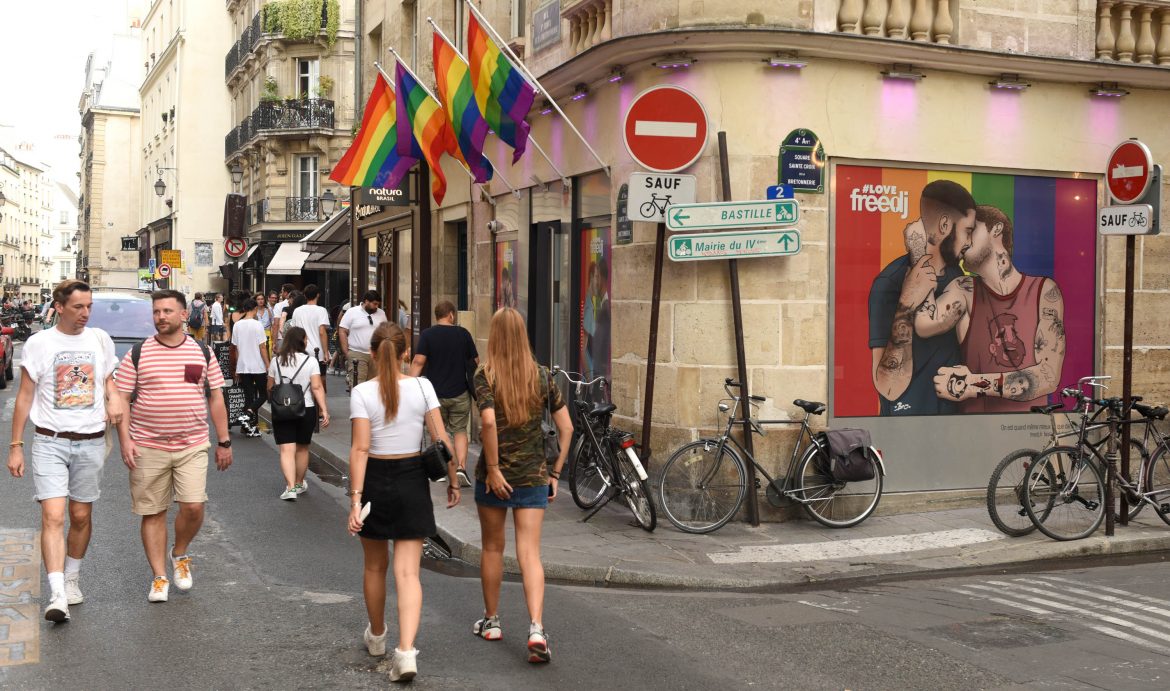 The countries on this list protect their LGBTQ citizens and promote vibrant, annual events that celebrate diversity.

These days, it seems the world is a bit of a grab bag when it comes to LGBTQ rights. Some nations, like Poland, have slid dangerously backward. Others, like the ones featured on this list, protect their LGBTQ citizens and promote vibrant, annual events that celebrate diversity. So, what are the best countries in the world for LGBTQ people? Take a look at our list, and let us know which one you want to visit first. 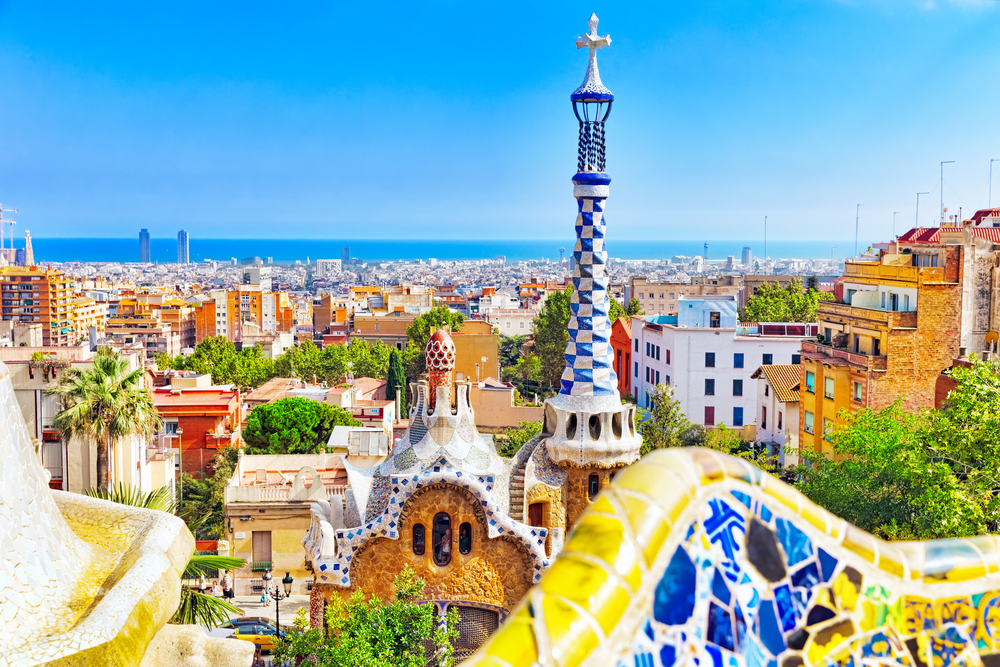 On top of the legal freedoms LGBTQ people get to experience, there’s also the massive queer scenes of Barcelona and Madrid. Barcelona has famous gay resorts like the Axel, with its trendy Sky Bar, and is a port for numerous Mediterranean gay cruises. In Madrid, there’s MADO (Madrid’s Pride celebration) which has gone on to become one of the largest in the entire world. And if the mainland isn’t enough for you, the Canary Islands are Spanish territories and have all the same laws and regulations. So, for a tropical and progressive escape, they can’t be beat! 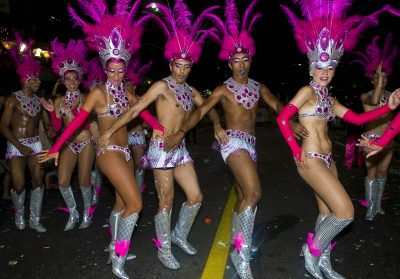 Much of Central and South America is not particularly gay-friendly. Uruguay, however, has taken LGBTQ equality to heart and is actively making itself a welcoming and exciting destination. Uruguay legalized same-sex marriage in 2013 and implemented anti-discrimination laws a decade prior. Queer people are also allowed to adopt and serve openly in the military. Uruguay even has protections for trans people which legally allows them to change their names and gender on formal documents.

The capital city of Montevideo may be small compared to other national capitals, but don’t let its size fool you. The town is home to numerous gay bars and hosts various events throughout the year. Chains Pub is a popular hangout amongst friends, while Il Tempo is considered the premiere LGBTQ clubbing destination in the city. But the best part about the city is that it’s so welcoming and friendly, many visitors and locals alike say they don’t even need a “gayborhood” because the entire city has an atmosphere of acceptance. If you need to escape city life, there’s always the vineyard-filled countryside and the 410 miles of coastline. 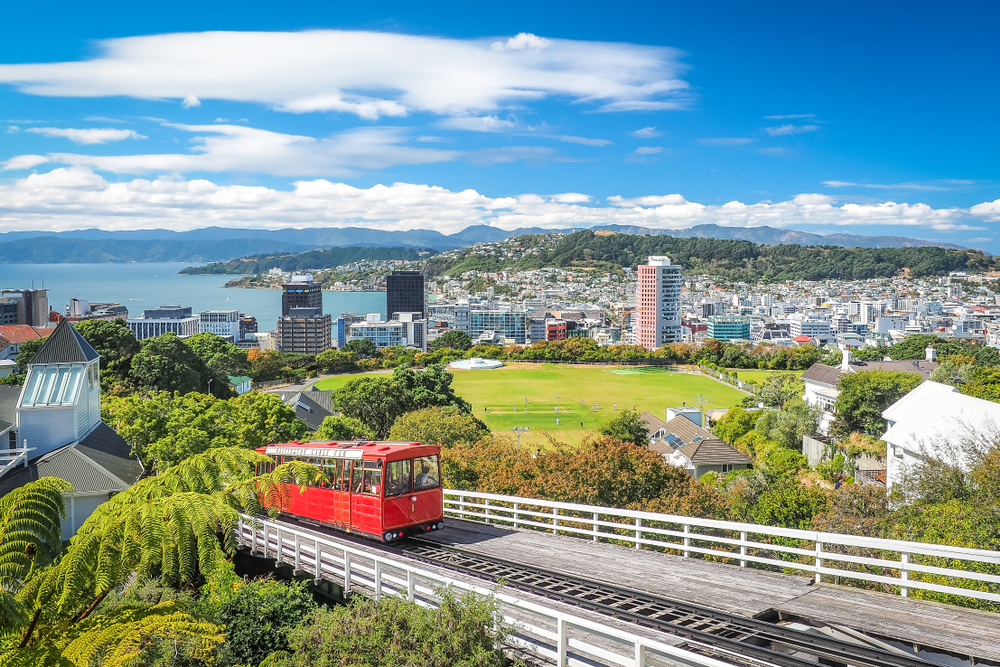 Right now, the entire world is enchanted by the Kiwi Prime Minister Jacinda Ardern. She’s down-to-earth, friendly, and just wants peace and happiness for everyone. And that mentality is found throughout the entire country of New Zealand. The island nation (which is technically considered to be part of Polynesia) legalized same-sex marriage and adoption in 2013, but had already legalized civil unions back in 2004. And since 1993, they’ve had protections against the discrimination of sexual orientation and gender identity. New Zealand even has its own drag competition show, House of Drag.

The two largest cities, Auckland and Wellington, are also the country’s LGBTQ hotspots. Auckland Pride is the largest in the country, and the city is host to trendy queer spaces. Looking to relax and have a chat? Then Eagle Bar is the spot for you. Looking to dance the night away? Then Family Bar is the place to go. And the best part? The two are across the street from each other, so on weekends, the entire block, including the surrounding shops and restaurants, tends to turn into an LGBTQ block party.

The mountain retreat of Queenstown is also a great place to visit. A popular place for destination weddings, it’s common to find LGBTQ ceremonies being held lakeside or at one of the famous vineyards in the region. And don’t forget the annual Gay Ski Week they hold every winter. 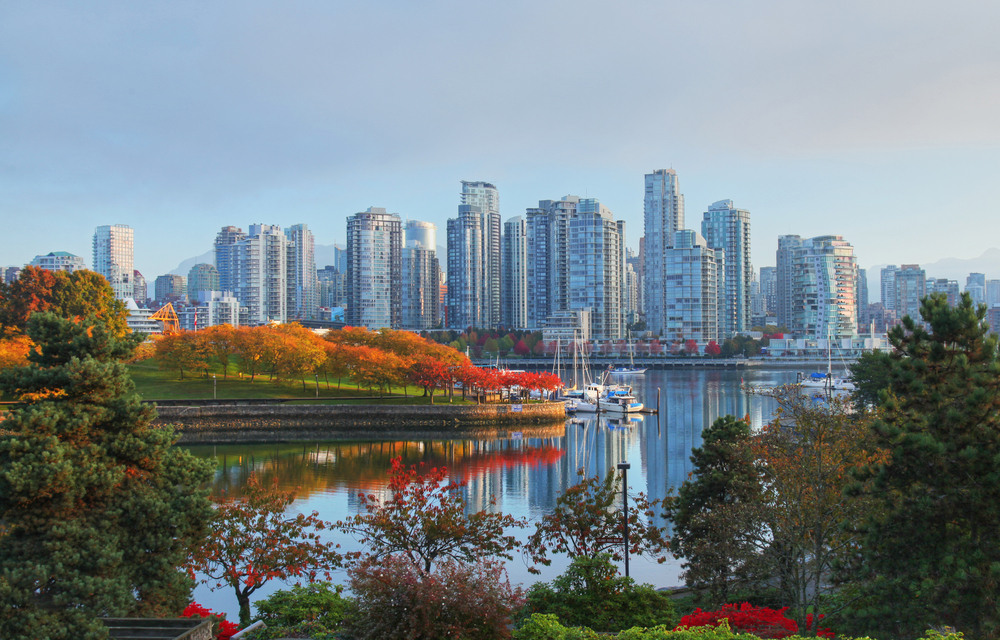 Did you know that even though America’s Queer as Folk was set in Pittsburgh, it was actually filmed in Toronto? The actual Pittsburgh doesn’t have a “gayborhood” like the show portrays, so they used Toronto’s famous Church Street instead.

And Toronto isn’t Canada’s only famously gay city. Vancouver and Montreal are also known for their thriving LGBTQ communities. The main queer scene in Vancouver is Davie Village, but don’t forget that nearby Whistler also holds its famous pride event every winter, where people from all over the world gather to ski, sip hot cocoa, and party.  In Montreal, the gay scene is centered around the simply titled, Gay Village, called “The Village” by locals. All three metropolises offer nightlife, pride festivals, and queer theater. Outside the major cities, the country is very inclusive as a whole.

Canada legalized same-sex activity back in 1969 and marriage has been legal since 2005. You’ll even discover “gayborhoods” in smaller cities like Ottawa, and find pride celebrations in every town from Saskatoon, to Thunder Bay and Windsor. 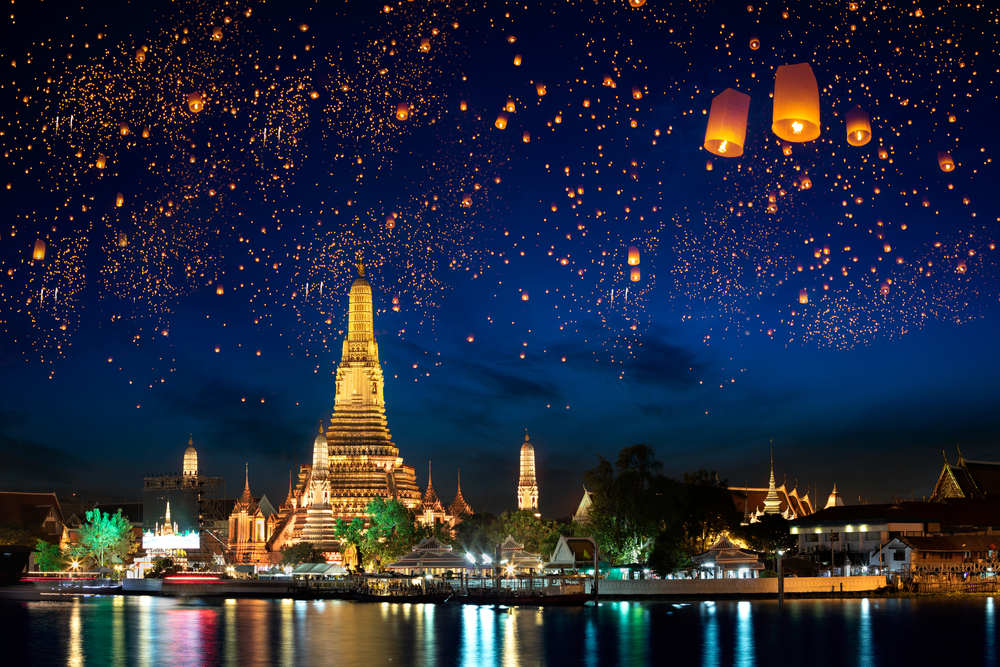 Being known as one of the most welcoming countries in Asia, Thailand has long been a favorite destination for LGBTQ travelers, and lately, has been a popular place for expats as well. Though the country doesn’t legally recognize same-sex couples, Thailand is extremely accepting. In recent years there has been a big push for equality, and with the launch of Drag Race Thailand, LGBTQ culture has started to become not only accepted, but celebrated.

With ancient temples, excellent cuisine, lush jungles, and pristine beaches, the country has a lot more to offer than just it’s inclusivity. It’s a downright gorgeous destination, period. It’s no wonder so many expats are starting to call Thailand home. 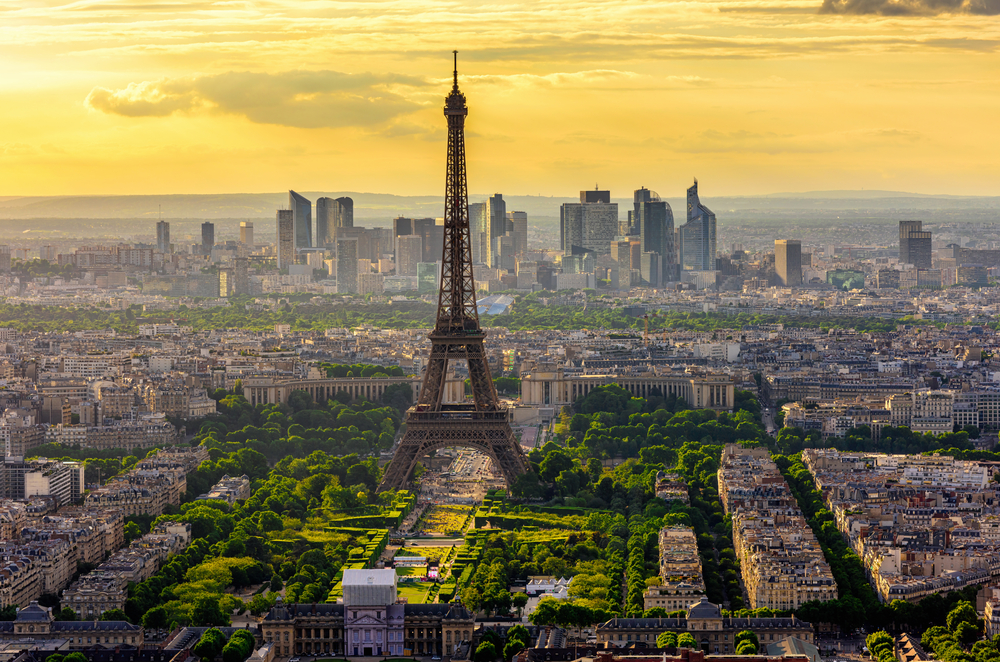 Ah, France. The country is just brimming with gay flare. Fashion. Wine. Opulent architecture. Sophisticated museums. And of course, the French Riviera. Do you need any other reason to pack your bags right now?

Aside from the sightseeing and culture, the country is also ranked as one of the most LGBTQ-friendly places on Earth. Marriage and adoption is legal, trans rights are protected, and there are numerous anti-discrimination laws in place. On top of that, larger cities like Paris have LGBTQ movie theaters, book stores, bars, and cafes throughout. 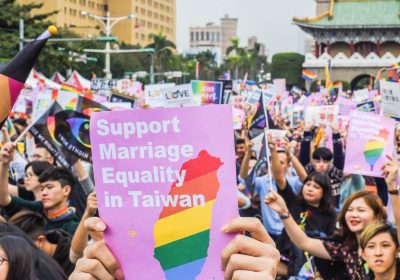 With the legalization of same-sex marriage last year, Taiwan just became the hottest destination for LGBTQ travelers and expats. The country was already known for its level of safety and stability, being considered one of the safest countries in the world. Now, with the added rights afforded to gay people, what could be better?

On top of that, there’s the night markets, mountaintop tea plantations, epic city skylines, and stunning temples nestled on hillsides. Each year, Taipei hosts Taiwan Pride, which draws visitors from all over Asia. Come for the celebration, but stay for the city’s vast array of upscale hotels, fusion cuisine, and gay nightlife at places like The Secret Garden and Werk! 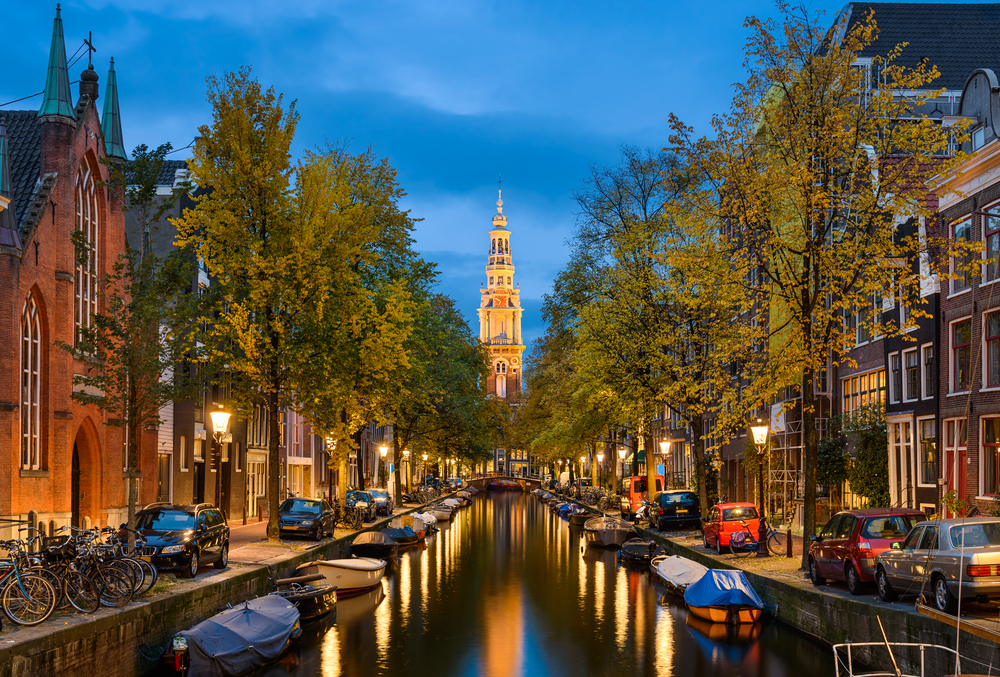 Consistently hailed as the most gay-friendly country on the planet, The Netherlands takes its reputation with stride. Back in 2001, The Netherlands became the first country to legalize gay marriage, as well as adoption rights. The country also has some of the strongest protections for trans people anywhere.

The nation’s capital, Amsterdam, hosts an annual pride celebration and is home to many queer establishments. On top of that, there are also important historical landmarks like the Anne Frank House and the Van Gogh Museum, as well as tree-lined bike paths, picturesque cathedrals, and sprawling parklands (like Keukenhof, famous for their tulips.)

{You May Also Like:  Top 5 Emerging Gay Neighborhoods In The  United States}