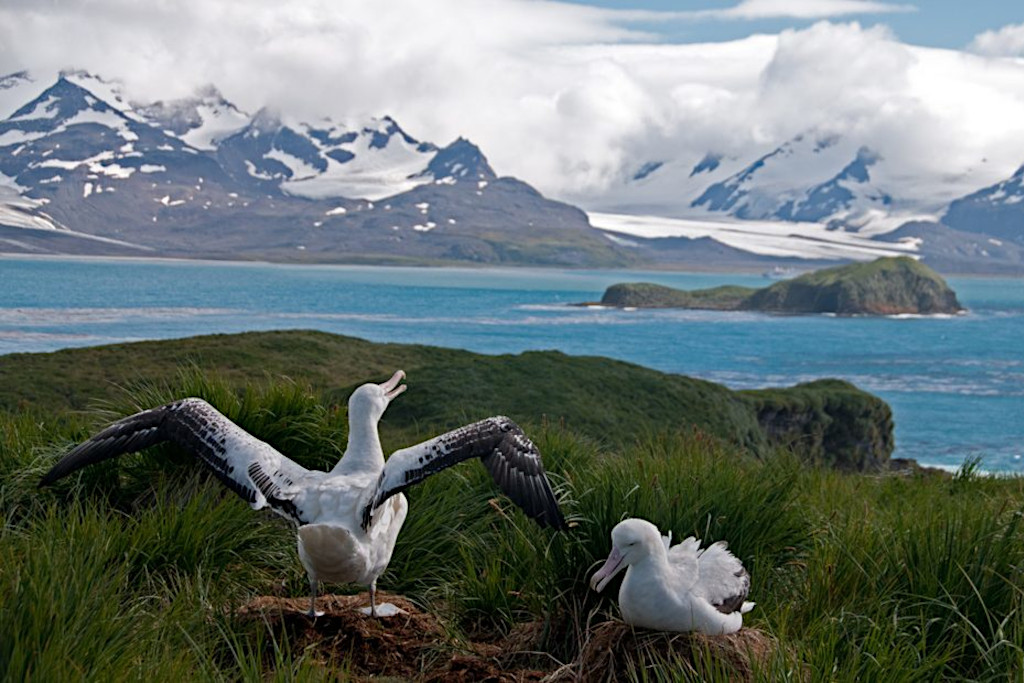 To truly get away from it all, you may want to visit the some most isolated islands in the world. Fascinating, mysterious, located far from civilization.

To truly get away from it all, you may want to visit the some most isolated islands in the world. These destinations are fascinating and mysterious, as well as being located far from most of civilization. If you are interested in geography, history, and travel, these islands are a must to discover. 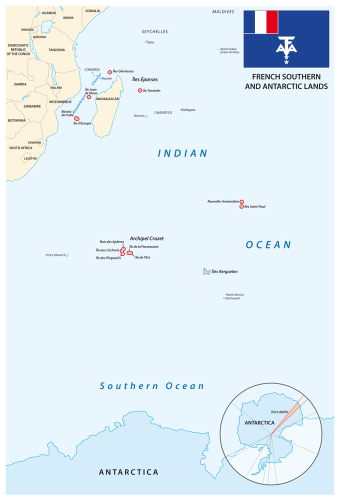 The Kerguelen islands are made up of the main island, with a few smaller outlying islands nearby. Their climate is quite inhospitable. Located in a murky region geographically, these islands straddle the border where the Indian Ocean ends and the Southern Ocean begins. The archipelago is mountainous, windswept, icy and cold. The average daily temperatures range between 35-46F, so it isn’t exactly the romantic island getaway you were hoping for.

The island’s population is around 50 people, all of whom are there for scientific or governmental research. Although not a good fit for human habitation, the island has a strong population of seals, and is a popular resting spot for albatross. Historically, the island was heavily poached by the fur and whaling industries, almost driving the island’s wildlife to extinction.

The closest large landmass is Madagascar, over 2,000 miles away. 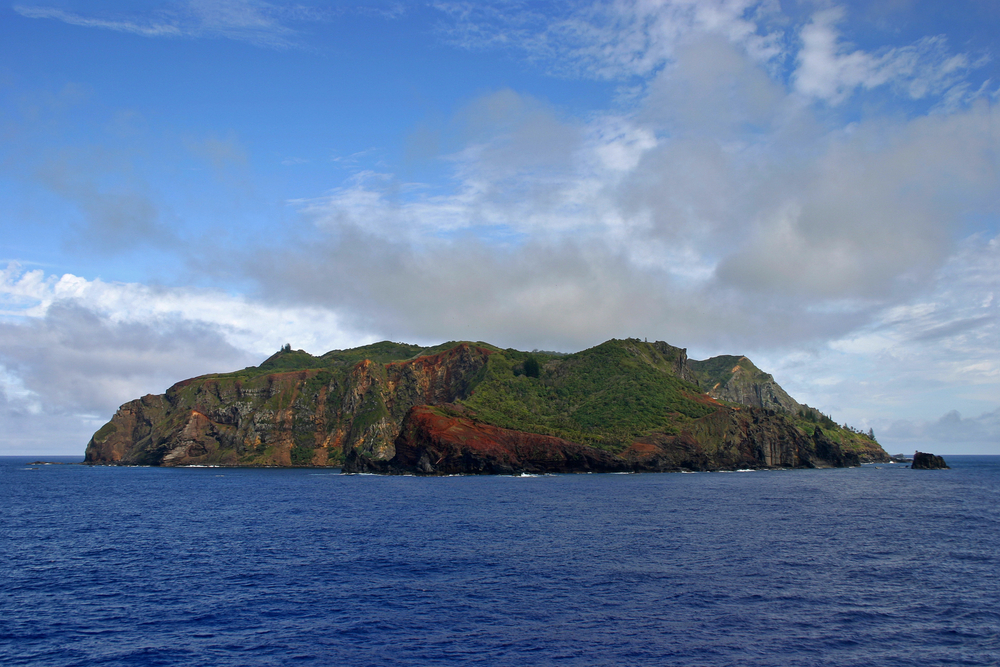 The Pitcairn islands are some of the most extreme east and south of all the Pacific Islands. And they are quite possibly the strangest and craziest islands ever… 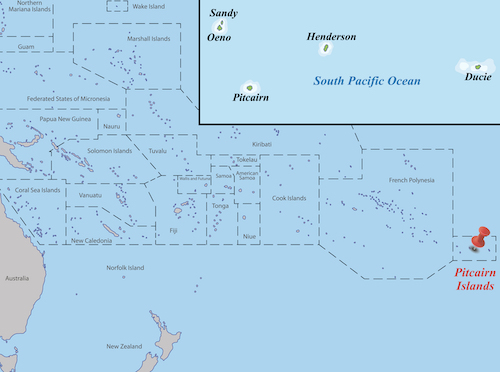 The islands got their start in the traditional fashion – Magma began to rise from an underwater volcano, cooled, and solidified into an island… But from there on, the island’s history has been 100% bonkers.

Enter the HMS Bounty. The year was 1787, and the Bounty was set on a rather dull mission by England to head to the South Pacific and gather breadfruit plants. Unfortunately, this mission was never completed. Off the coast of Tonga, a massive mutiny broke out, many lives were lost, and the ship was eventually sailed to Pitcairn island, where it was burned. The mutineers (along with a few Polynesian women that they had with them on the ship) were now shipwrecked forever on a remote island in the Pacific Ocean.

Today, there’s about 50 people who live on Pitcairn, most being decedents from four original bloodlines of the mutineers. But the drama doesn’t end there. In 2004, seven men were accused of serial molestation against minors. There was only one problem… if these 7 men were to be imprisoned, the island would lose 1/3 of its male population. All-in-all, six of the men served prison time, but the case is still deemed to be extremely unfair and many say they let the men off easy. Then in 2016, it was revealed that there was even more pedophilia on the island. Today, the island is an Overseas British Territory, and is still culturally recovering from the tumultuous past 15 years. 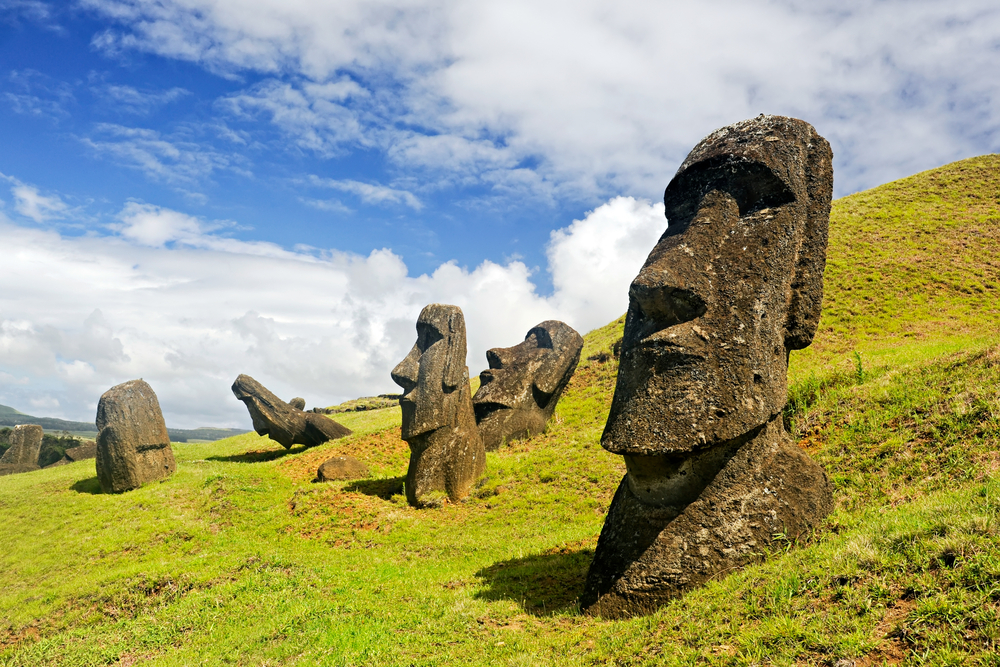 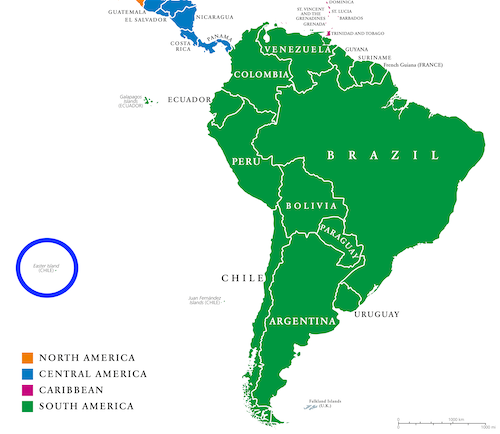 Easter island, or Rapa Nui in the native language, is technically part of Polynesia, but it’s so far east that it’s actually closer to South America than it is to Australia or New Zealand…which isn’t saying much, considering the island is still 3,725 miles from Chile, which it’s currently a special territory of.

Easter Island’s history is almost as sorted as Pitcairn. The island had a flourishing an intelligent population. The islanders worked together and developed tools, which were used to create the now-famous moai statues. Sadly, in true human fashion, the islanders didn’t know when to quit. They over-harvested wood, destroying the island’s ecosystem. Migration by boat brought the Polynesian rat, which only furthered the stress on nature’s ability to re-grow. By the time the Europeans arrived, the island had become barren and the population weak. It didn’t take long for the European’s tuberculosis and smallpox to almost completely obliterate the island’s population.

Today, the island has turned to a tourist-based economy, and receives regular flights LATAM Chile. 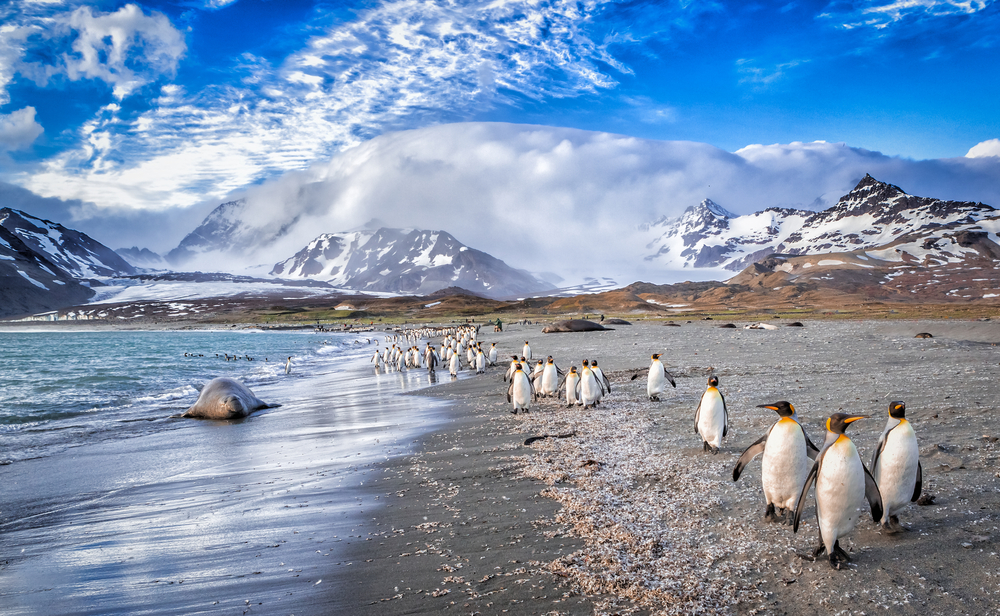 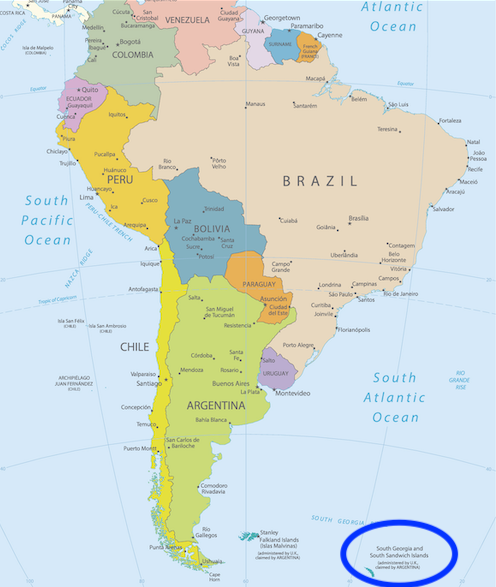 The island, which is located 1,677 miles from Argentina, is mountainous, cold, and coated with glaciers. South Georgia was also at the center of the Falkland Islands War in 1982, where Argentina and the British battled over who could claim the islands in the southern Atlantic Ocean.

By the end of the year, some 905 lives had been lost, and the island, along with others surrounding it, went to the British. 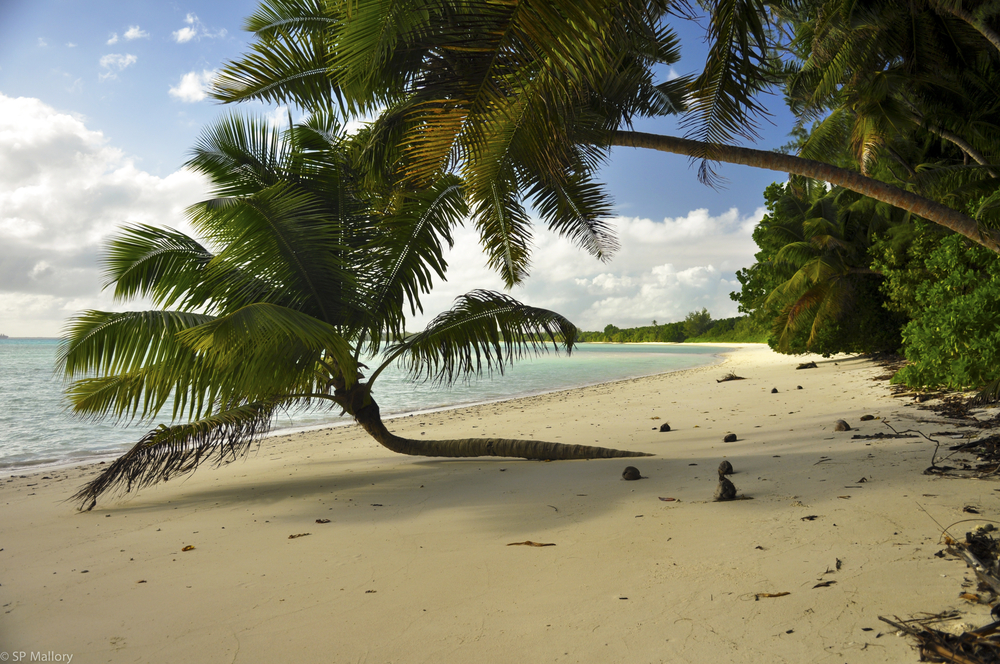 This island is shrouded in secrecy and conspiracy. Although it looks tropical, this is a place you never want to end up. The island, an atoll in the Indian Ocean, was once used as a coconut plantation. However, in the 1960’s the farmers were forcibly removed from the island so the US and UK could construct a joint military base. 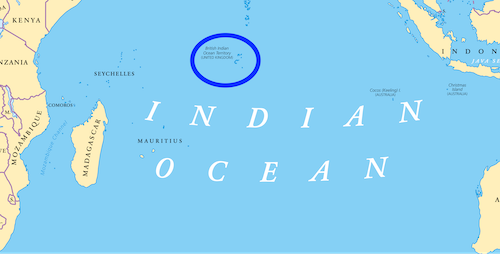 What exactly happens at the Diego Garcia base is unknown. It’s remote location makes it the perfect place to hide virtually anything. It is believed however that a whopping 4,000+ military personal reside on the island full-time, so whatever is going on…it must be big.

The island has also had its fair share of fame. Diego Garcia is credited with being the inspiration behind JJ Abram’s mega-hit TV series Lost, and after the mysterious MH370 disappearance, many conspiracy theorists wonder if the plane was being flown to Diego Garcia, considering its last known flight pattern was taking it straight for the Indian Ocean.

Will you be one of the first to experience space travel?