Top Posts
5 Reasons to Escape to Long Island this...
ESCAPE PLAN: Austin, Texas
Wilson Cruz and Other Celebrities Speak Out for...
Decorate Like A Designer With Jonathan Adler
Future Perfect Project Giving Free Concert at Lincoln...
Pack Your Bags and Prepare to Celebrate Pride...
Visit Lauderdale Launches New Campaign to Show the...
Tom Prior: The Star of the Gay Biopic...
8 Awesome Things to Do in Canada’s Banff...
Earth Day: 5 Countries Going Green and How...
Home Adventure 5 Cities That are Perfect for Outdoor Adventures! 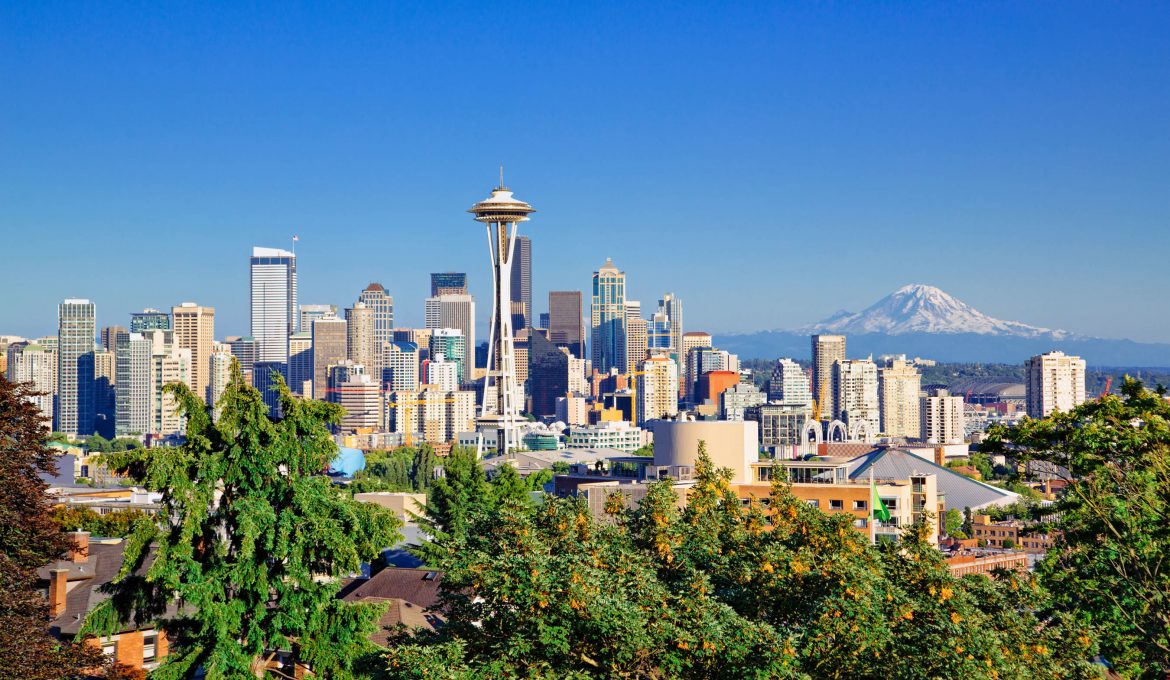 America is filled with major cities that are within arm's reach of fantastic outdoor adventures. Here are five cities where you can do just that!

These five cities are perfect for travelers looking for some outdoor adventure, but who still want the luxuries of a metropolitan area.

For many travelers, the pandemic has instilled a lifelong change within them. More travelers than ever report that exploring the outdoors, enjoying nature, and seeing wildlife is a top priority for their trips. This is excellent news because studies show that a connectedness with nature not only improves your mental health but also instills a deeper desire to help the planet.

People love the idea of exploring the great outdoors during the day, but still want the luxuries of a great meal and a nice hotel at night. Luckily, America is filled with major cities that are within arm’s reach of fantastic outdoor adventures. Here are five cities where you can get the best of both worlds. 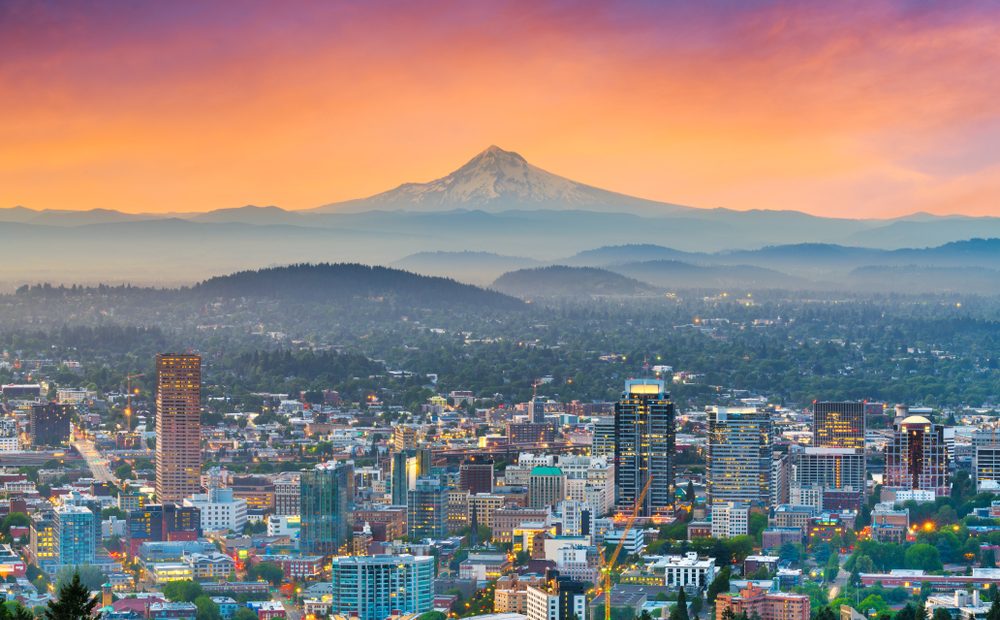 Portland is the largest city in the state of Oregon. It’s known for its unique and eclectic culture, its great food scene, and for being a town that loves the outdoors. The most notable attraction is nearby Mt. Hood (the mountain seen in all the Portland photos). Mt. Hood National Forest is just 20 miles east of Portland. The protected land spans from the Columbia River through forests, lakes, and waterfalls, all the way to the top of the 11,000-foot Mt. Hood.

The forest has great hiking trails and is known for some excellent fishing. During the winter months, the southside of the mountain is also a popular skiing destination, with Mt. Hood Meadows and Timberline Lodge being popular weekend getaways. For a coastal retreat, the Pacific Ocean is only 80 miles west of the city, offering stunning oceanside cliffs, dense forests, and quaint seaside towns. 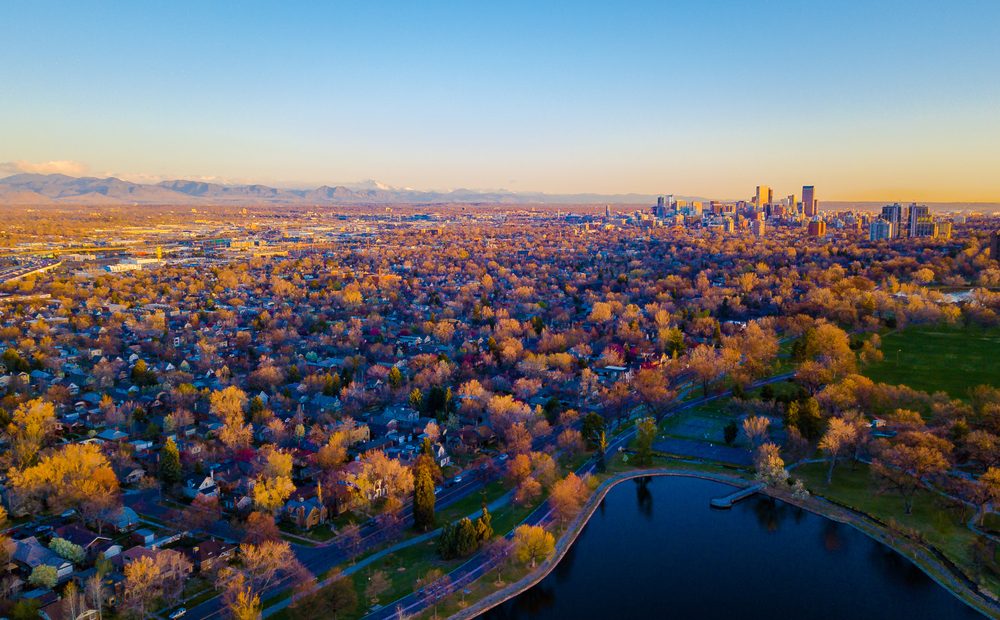 Denver used to sit in the shadow of nearby mountain towns like Aspen and Steamboat Springs. It was the stopover city for those flying to the ski resorts. But nowadays, Denver takes the spotlight thanks to a revitalized downtown, excellent hotels (including a Four Seasons and Ritz-Carlton), and a booming food scene that’s taking Rocky Mountain cuisine to a new level.

Speaking of the Rocky Mountains, the National Park is only 66 miles away from downtown Denver, and other stunning mountain retreats, such as Golden Gate Canyon State Park, are even closer. Both the National Park and State Park are known for their beautiful mountain vistas and wildlife viewing, being home to moose, elk, mule deer, and more.

On the outskirts of the city sits two parks with herds of wild Bison, thanks to a conservation effort. Genessee Park and Daniels Park both offer great hiking and places to sit and enjoy the outdoors. They also have bison viewing areas so you can observe these majestic animals that were almost hunted to extinction. 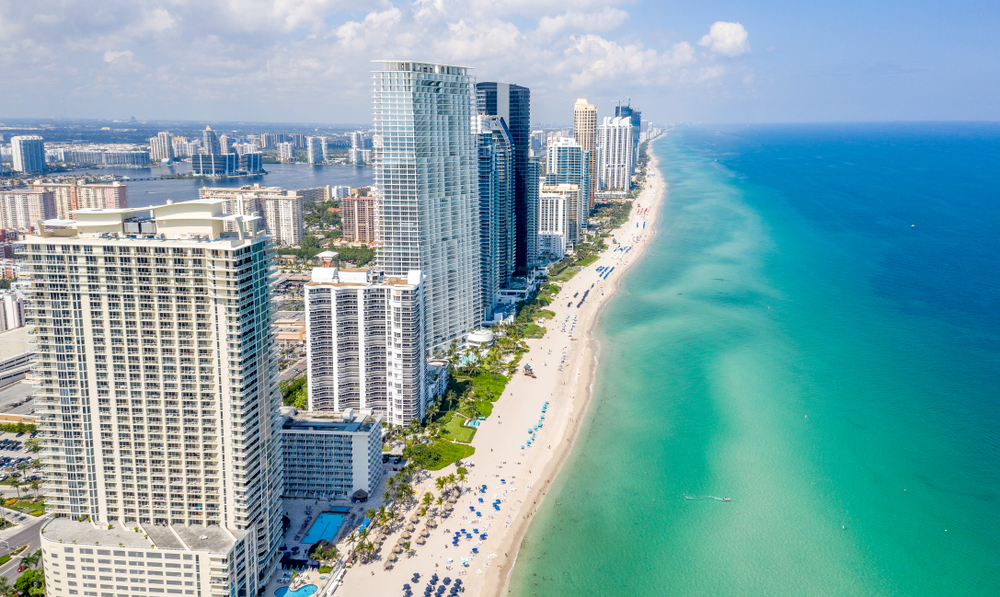 Though Miami is normally known for its intense nightlife, Cuban cuisine, bustling oceanfront, and see-and-be-seen culture, it’s also incredibly close to tons of wonderful outdoor adventures. The most well-known is obviously Everglades National Park. There, visitors can hike through swamplands or ride on airboats as they observe alligators and crocodiles. Fun fact: Did you know the Everglades is the only destination on the planet where alligators and crocodiles both live together?

Lesser known, but equally as beautiful nearby destinations include Big Cypress National Reserve, which gets its name from the towering cypress trees that rise out of the swamp waters. The park is home to numerous endangered species, including the elusive Florida panther, as well as the absolutely stunning sandhill crane, which can stand over 4-feet tall, creating an impressive spectacle to behold. For water lovers, Biscayne National Park is located just south of the metro area and is known for its excellent boating, snorkeling, scuba diving, and sea kayaking. 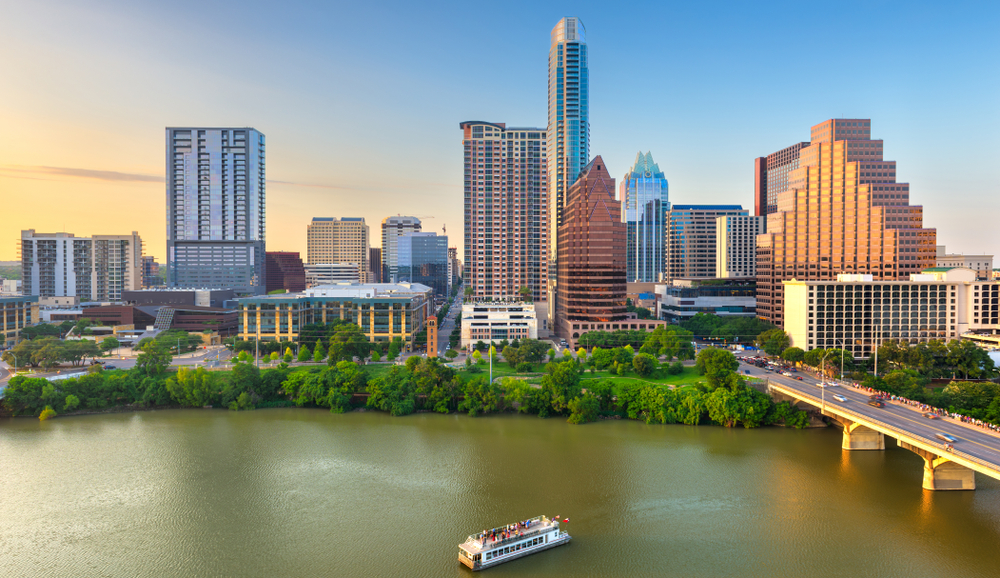 A boat ferries alongside the Austin skyline (Photo: Sean Pavone)

Nestled next to the Texas foothills, Austin is an outdoors paradise. The compact city center has everything a traveler could want: excellent hotels, great food (especially bbq), and live music venues virtually on every corner. Lady Bird Lake, located along the Austin skyline, is a popular spot for swimming, paddling, and hanging out. The city’s surrounding areas also offer a plethora of relaxing retreats.

Located next to Lake Travis, just northwest of Austin, Muleshoe Bend is beloved by locals as an excellent spot for paddling, camping, and grilling out with friends. But the recreation area is most famous for its springtime blooms. Each year, the entire reserve stuns in vibrant blues and purples as the yearly bluebonnets bloom, covering the landscape and turning Muleshoe Bend into a living fairytale.

Also nearby is Balconies Canyonlands preserve, which is loaded with stunning hiking trails, hilltop lookouts, and most famously, the Hamilton Pools. Thousands of years of erosion have created grottos, canyons, and hidden pools canopied by rock overhangs. It’s the kind of place that provides Insta-perfect pictures every time. 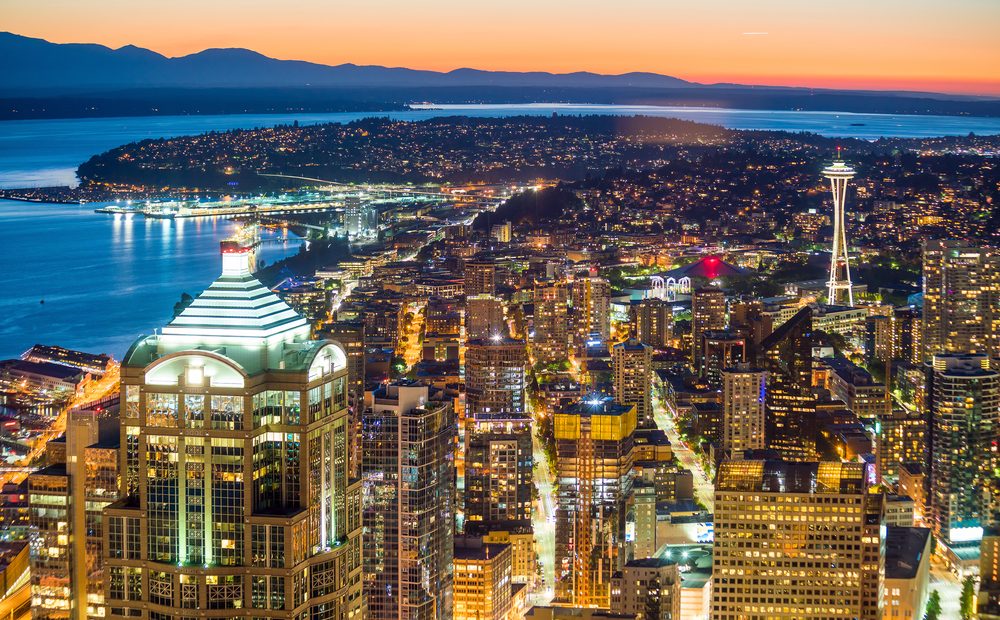 Seattle has long been one of America’s most fascinating cities. it’s been a staple in film and television for decades, providing the setting for Sleepless in Seattle, Grey’s Anatomy, and Frasier, while also serving as the breeding ground for 90’s grunge, launching bands like Nirvana, Alice in Chains, Pearl Jam, and more. The city is also famous for its closeness with nature. In fact, just across the bay from downtown is Bainbridge Island, where many locals go for a quiet escape.

Not far outside of town, a whole other world awaits, one filled with towering waterfalls, emerald mountains, and snow-capped peaks. Wallace Falls State Park is just 47 miles from downtown Seattle and is home to three stunning waterfalls, the tallest of which drops 265 feet. The park also has hiking and mountain biking trails, as well as a campground. It’s a wonderful day trip from the city.

Just south of the Seattle-Tacoma metro area is Mount Rainier, one of America’s most photographed mountains, as it regularly appears in the background of Seattle skyline photos. Ranier is protected by a National Park and holds an endless array of diversity in a small space. At the ground level, hiking trails weave through giant temperate rainforests filled with waterfalls and covered bridges. Higher up the mountainside, visitors will be greeted by wildflower meadows, pine trees, and slightly steeper terrain. Moving even further up the mountain, there’s skiing and snowshoeing during the winter, and epic mountain hiking during the warmer months. At over 14,000 feet tall, it’s doubtful that the casual hiker will make it to the top of Rainier, but with so much to do and see, you can easily enjoy an entire trip in the park.