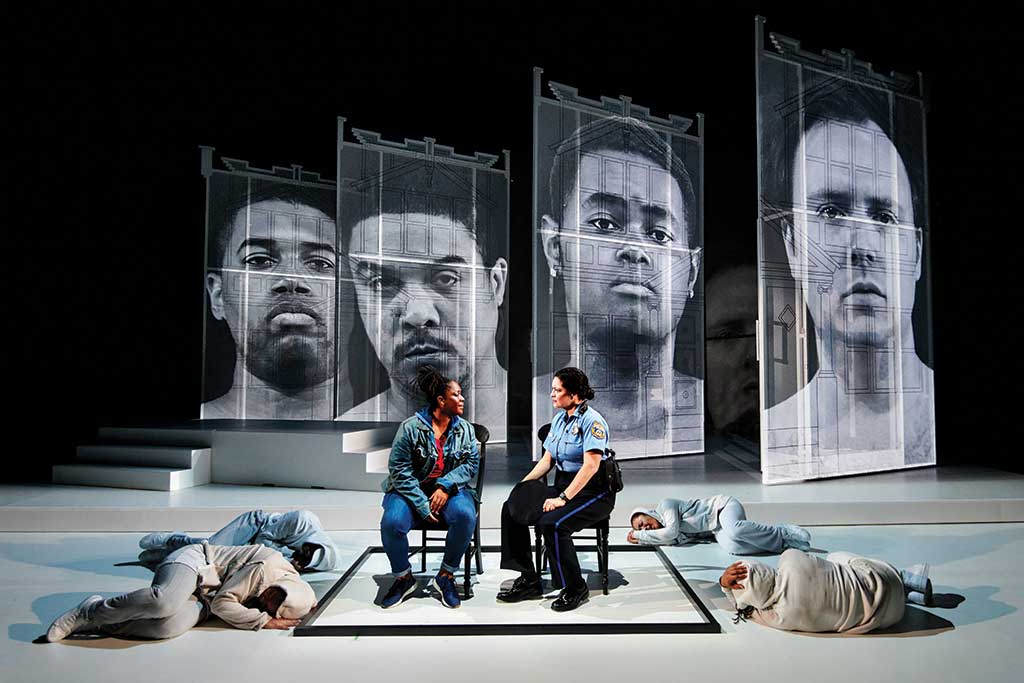 Dense with vibrant, edgy productions from around the world and by homegrown talent alike, keep an eye out for anything by Philadelphia choreographer-performer Gunnar Montana

It’s all sorts of star-studded in Philly tonight. John Waters mills about the lobby of the Wilma Theater, on Center City’s Avenue of the Arts, having just witnessed the world premiere of choreographer/director/dancer Bill T. Jones’ contemporary opera, We Shall Not Be Moved. The visually dazzling production bravely revisits a shameful moment in Philadelphia’s modern history, the 1985 police bombing of a West Philly row house occupied by members of black separatist group MOVE, which resulted in six deaths, many injuries, and a neighborhood consumed by flames. The opera is a fictitious account of an interracial clique of orphaned teens including a transgender male, seeking shelter in that now haunted building. 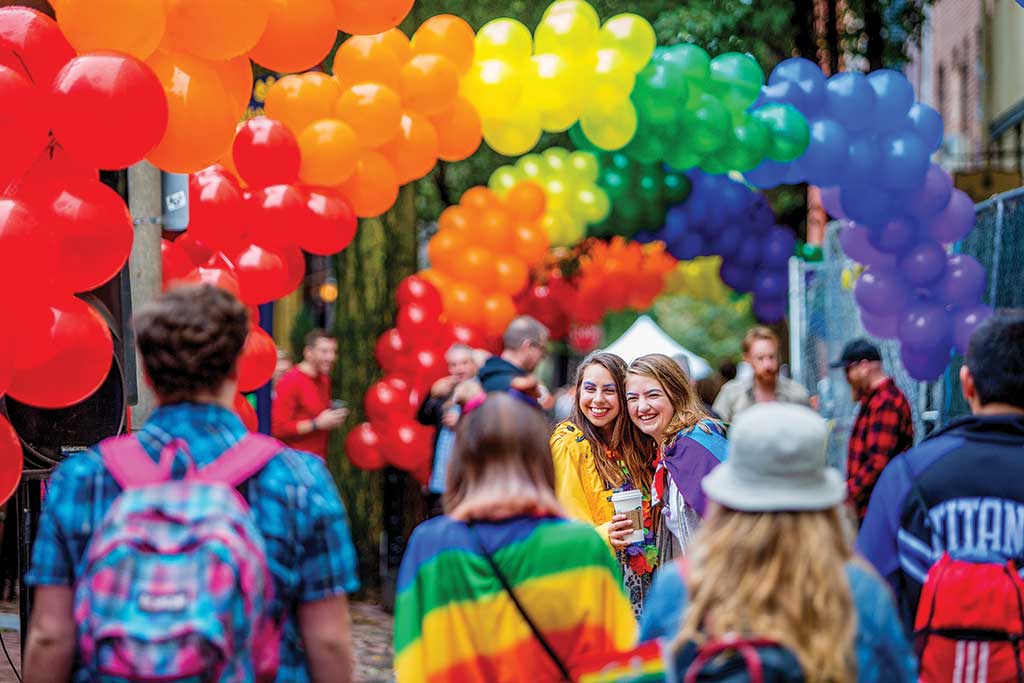 Following its phenomenally successful 2017 edition, the second Festival O will take place September 20-30, 2018, and it’s but one of the fresh, delightfully queer developments making this ever-evolving City of Brotherly Love a repeat destination for many travelers.

The 22nd FringeArts, which encompasses about 1,000 events over 17 days at their five-year-old home venue on Delaware River Waterfront (which includes a 240-seat performance space and La Peg, a brasserie/beer garden), as well as at spaces throughout the city, runs from September 6-22, 2018.

Dense with vibrant, edgy productions from around the world and by homegrown talent alike, keep an eye out for anything by Philadelphia choreographer-performer Gunnar Montana (www.gunnarmontana.com). His way-gay, episodic “Kink Haus” was a 2017 standout thanks to sensual, edgy, and humorous vignettes featuring agile and attractive men, women, and those who blurred the distinction, plus Cirque du Soleil–level acrobatics.

Philadelphia’s most essential LGBTQ performance troupe, the gender-bending Bearded Ladies (www.beardedladiescabaret.com), is a must-see as well, and beloved locally for their annual all-ages Bastille Day appearance, reenacting the legendary event in campy fashion at Eastern State Penitentiary (replete with rain of Tastycakes and yes, you can eat them), and the NOT for all-ages ultra-queer monthly “Get Pegged Cabaret.” 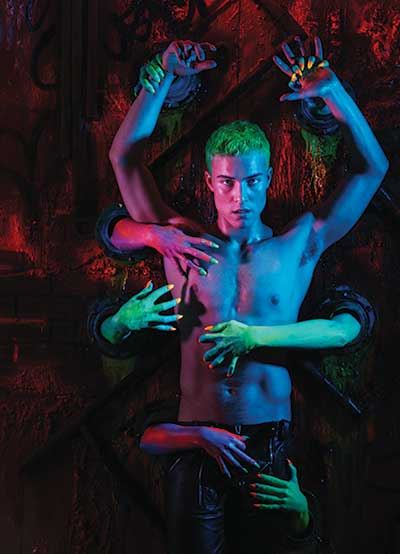 Towering and fuzzy, Philly drag queen Martha Graham Cracker is another personality to catch: check www.phillygaycalendar.com for comprehensive listings of LGBTQ happenings (the site’s interface desperately need a redesign, but the information is up to date).

One spot to keep on your radar is the sprawling two-floor nightclub-afterhoursspeakeasy-ballroom-cabaret, Ruba Club (416 Green St. www.rubaclub.org), in the Northern Liberties, aka NoLibs. Ruba’s events calendar is rife with drag queen and queer performance. Mimi Imfurst stars in Hedwig & the Angry Inch here from June 1-24, 2018.

Fortunately, Philadelphia’s hotel room inventory is growing along with the swelling lineup of old and new events. Over a dozen hotels are in various stages of construction and completion. Late 2018 will see the opening of a 295-room W, 460-room Element, and a 222-room Four Seasons (1800 Arch St. www.fourseasons.com/philadelphia). The latter will occupy the upper floors of the towering Comcast Center, with a JeanGeorges restaurant and 57th-floor spa.

Opened in late summer 2017, the 179-room Aloft Philadelphia Downtown (101 N. Broad St. Tel: 215-607-2020. www.aloftphiladelphiadowntown.com) inhabits a former 1925 bank, the Liberty Title & Trust Building, just a block from City Hall and adjacent to the Convention Center (the building remained empty for 20 years prior!). While utterly contemporary and a bargain, especially when contrasted against the swank grande dame hotels surrounding City Hall’s other sides, the Aloft makes playful use of its building’s bank elements—the fitness center is inside a vault, for one. The expansive lobby and outdoor deck are great for having a drink, plus it’s an easy tenminute walk to the gayborhood. 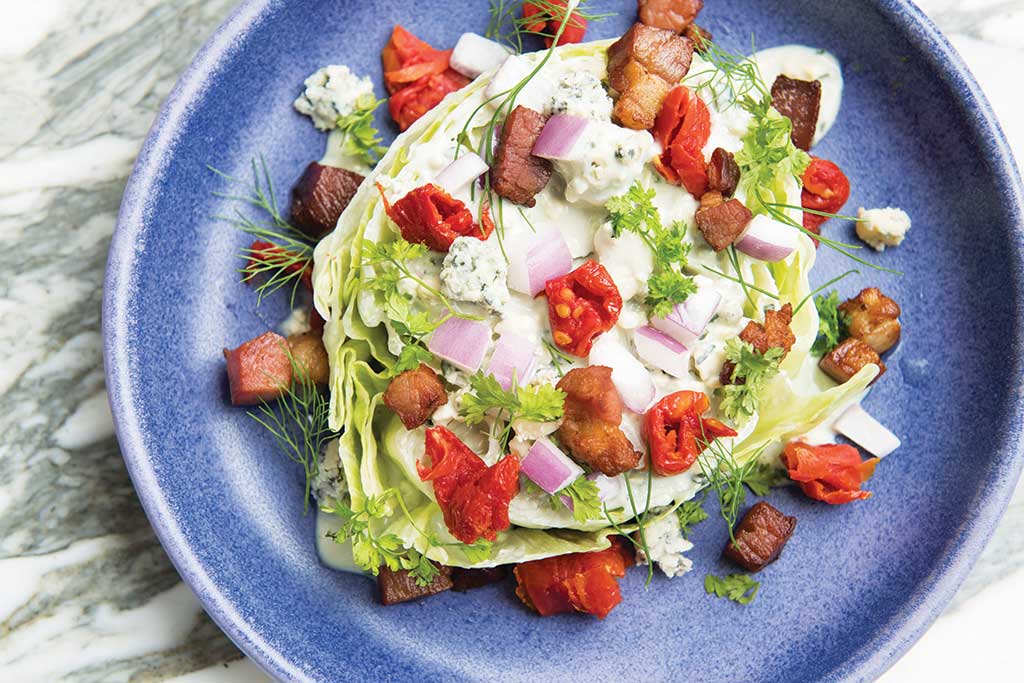 Directly opposite City Hall’s southern face, with a façade meant to evoke the Pantheon, the luxe 301-room Ritz-Carlton (10 Avenue of the Arts. Tel: 215-523-8000. www.ritzcarlton.com/en/hotels/philadelphia) represents another 1900’s financial institution reborn as hotel. 2016 saw the completion of a $25 million redesign project, with neutral and bronze tones that pay homage to currency notes and coins. Most striking of all, however, is Richard Sandoval’s Latin American Aqimero restaurant in the stunning, domed lobby (which is straight out of The Great Gatsby).

Fishtown’s Frankford Avenue is destination worthy and popping with excellent, inventive new businesses and edgy indie spirit, reshaping this former blue-collar shad fishing industry hub (hence the name) and rowhouse district into an exciting Philadelphia neighborhood. It’s home to a significant queer population, so make sure to check Facebook’s Out in Fishtown group, www.facebook.com/outinFishtown, for which bar is hosting its monthly LGBT happy hour.

Opened on the cusp of 2018, Suraya (1528 Frankford Ave. Tel: 215-302-1900. www.surayaphilly.com) is a spacious Lebanese outpost for breakfast or lunch, and it’s utterly gorgeous. The entrance area serves as a prepared food market, pastry counter, and sitand-nosh space, while just past is an open kitchen, charcoal grill, and oven for man’oushe flatbreads and some of the best just-fired pitas on the East Coast (so chewy and delightful). The slow-roasted lamb hummus is the stuff of dreams (and repeat visits), and do try the Lebanese beverages like Jallab (date molasses, pine nuts, rose water), served in intricately patterned, Instagram-ready cupware. A dinner menu is reportedly in the works.

While you can get a solid Stumptown coffee at Suraya, the 11,000-square-foot, warehouse-size flagship for Philadelphia’s own outstanding craft coffee brand, La Colombe (1335 Frankford Ave. Tel: 267-479-1600. www.lacolombe.com), is just nearby, and also serves great breakfast and lunch fare, plus a line of T-shirts and other swag. 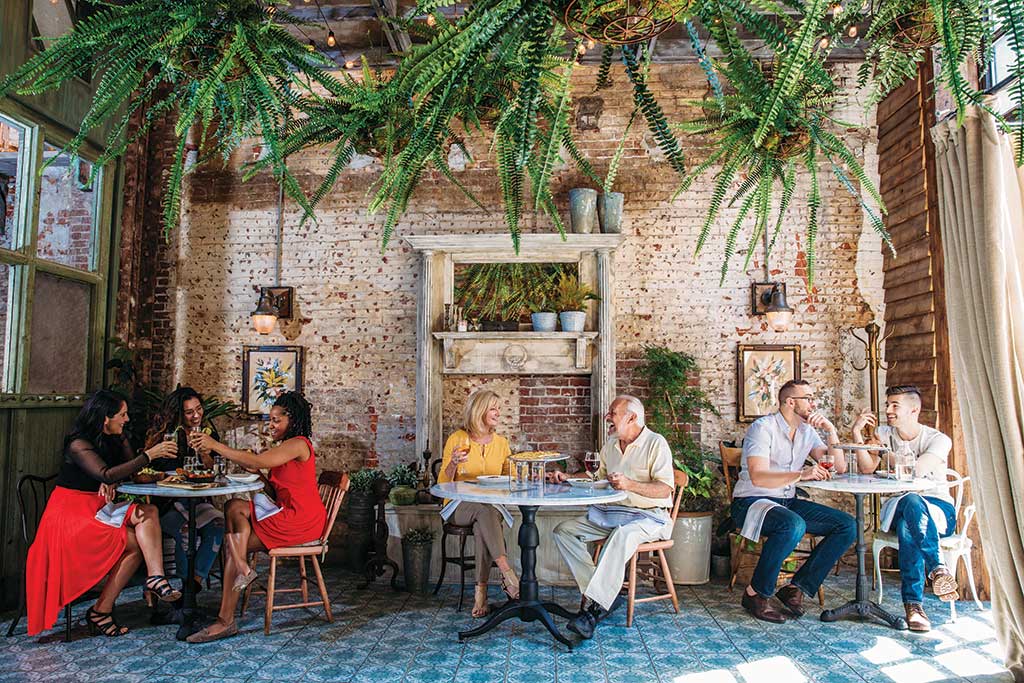 Foodies can also spend their days going cuckoo for new restaurants in Old and Center City. Opened in December 2017, and one of the hardest seats to snag, Royal Boucherie (52 S. 2nd St. Tel: 267-6066313. www.royalboucherie.com) is the hotly anticipated new establishment from chef Nick Elmi, winner of Top Chef: New Orleans. The raw bar and French-international, house-made ethos-driven menu bops around from chilled razor clams with horseradish, celery and apple, to steak tartare with smoked cheddar toule, quail egg, mustard greens and grilled rye bread, to seared duck breast with white sweet potato and turnip. The warm interior feels like the place has been there forever, dripping with figurative Old Town flavor.

The 2016 newcomer Harp & Crown (1525 Sansom St. Tel: 215-330-2800. www.harpcrown.com) is downright cinematic in atmosphere with vintage framed photos, light fixtures, and curios lining its 24-foot-high ceiling main space. In fact, its cozier basement level boasts a two-lane bowling alley straight out of There Will Be Blood (don’t worry, nobody will try to drink your milkshake). The food is crazy good locavore International-American, also with fresh pasta, pizza, and fish and meat entrées for two. 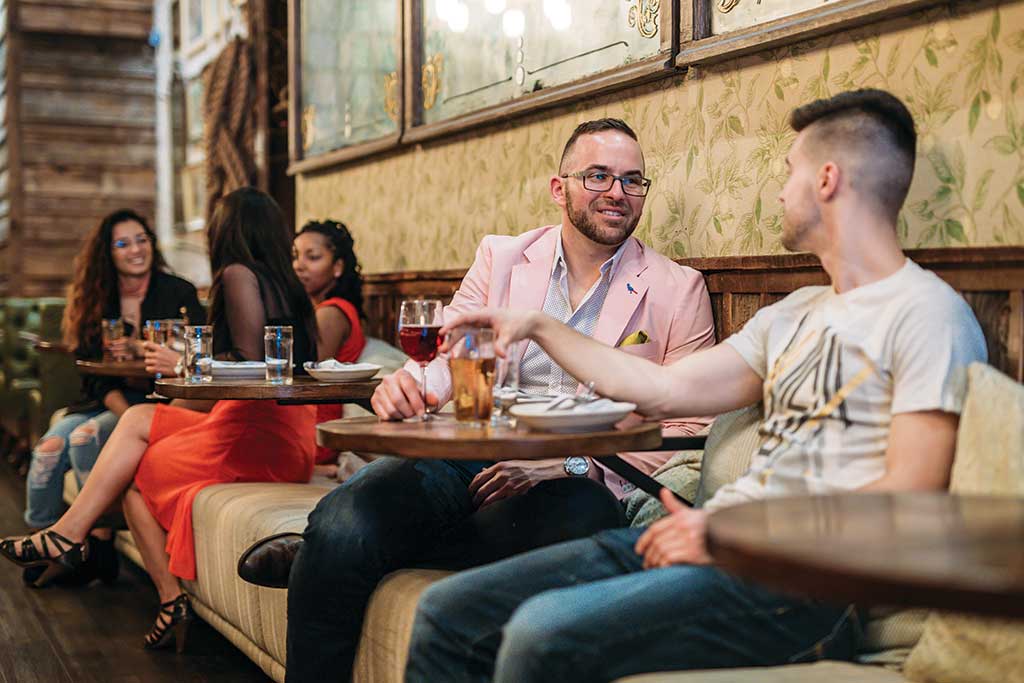 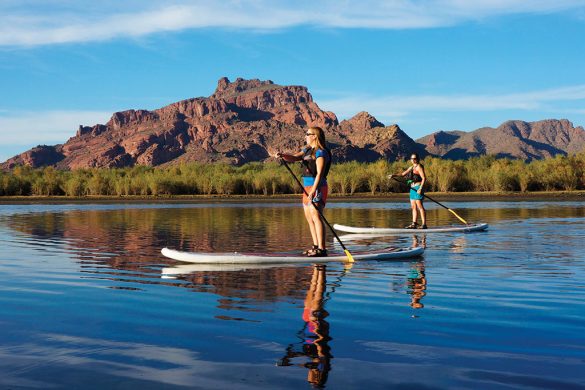 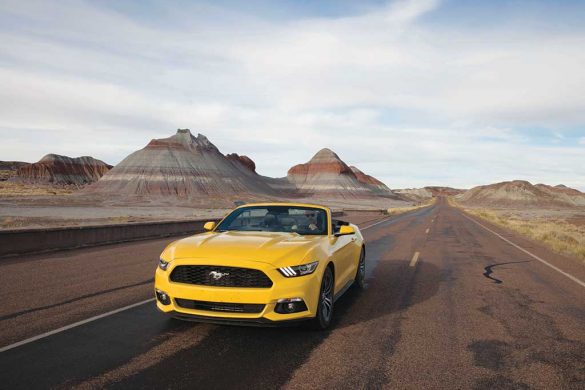 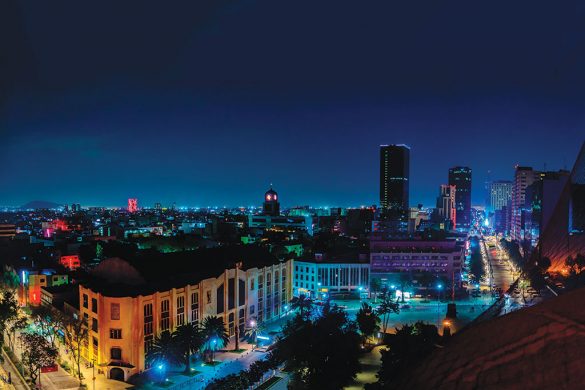 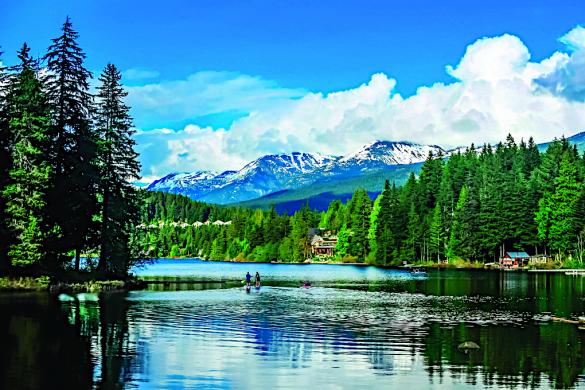 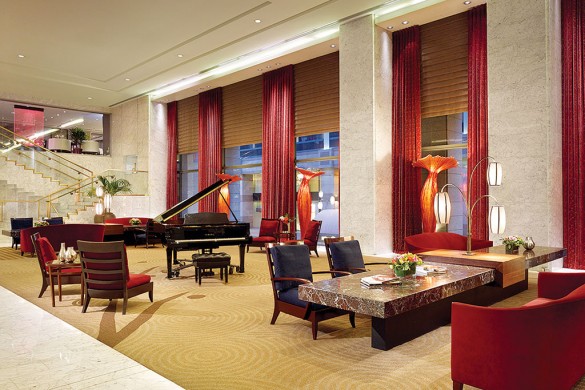 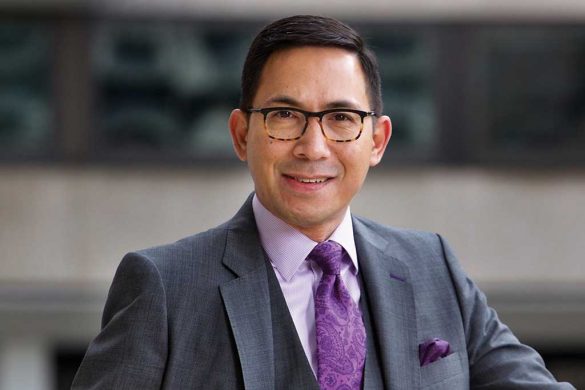