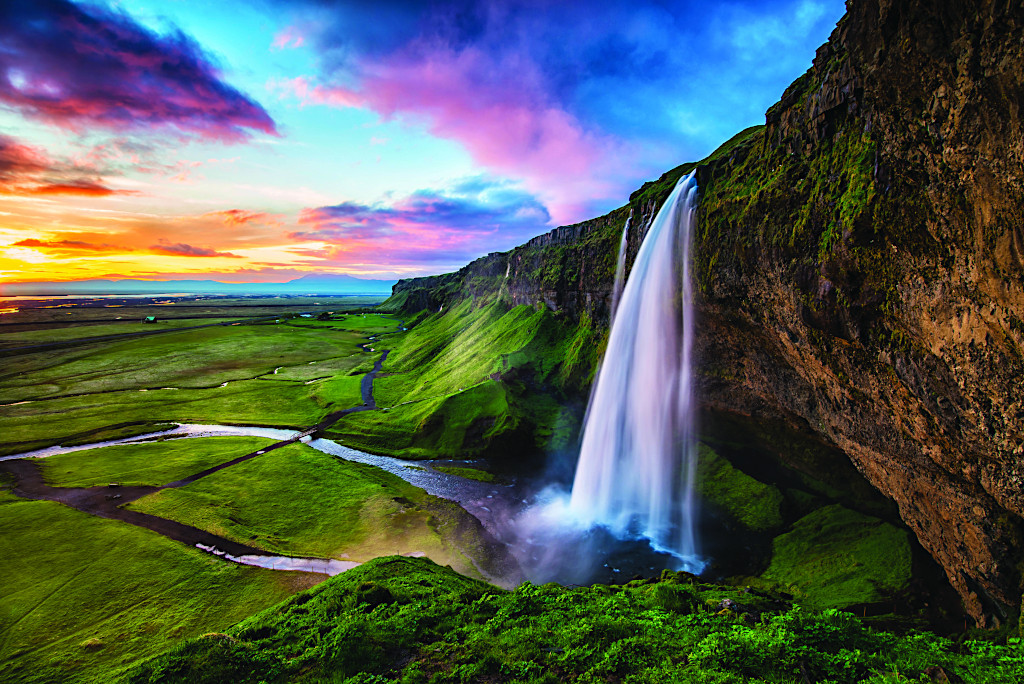 The elf houses, for instance. I first noticed them in Stoovarfjorur; miniature homes with peaked roofs, little doors and windows, sometimes even wee flagstone paths and picket fences. Too big to be birdhouses and too small for most dogs, they are built by Icelanders for ambiguous purposes. Ask, and you’ll be told about the hidden people, or huldufolk, tiny creatures with origins in pre-Christian Norse folklore, generally kind but potentially ill-tempered imps, highly protective of the natural world.

Some Icelanders will insist that the houses have been erected by the elves themselves; others will acknowledge building the houses, but claim they’ve done it to appease the little folk and keep their mischief at bay. Still others describe the houses as a sly form of eco-protest: “Don’t mess with Mother Nature” articulated via architecture. There are even cynics who suggest that these dinky domiciles are a sort of Disneyfication: cheesy tourist bait built on the bones of sacred mythology.

This last theory feels unconvincing to me. While I certainly spotted some mini-manors alongside commercial hot springs and in other heavily touristed areas, I also came upon them in small town backyards, along desolate stretches of highway and miles into wilderness hikes. No doubt they’re manmade, but why?

I asked Una, the Fish Factory founder, whether Icelanders really believed in elves. “I won’t say we believe in them,” she told me with a raised eyebrow and a scrunch of her septum-pierced nose, “but I can’t say we don’t.” In conversations over coffee in the Factory’s lounge, she professed a similarly cheerful resistance to certainty about religion, gender roles, and other beliefs to which some hold tightly. And she is hardly alone in her feelings. On this isolated island where sun and rain and light and dark interweave in unpredictable patterns, where steam erupts toward the sky, and clouds dip low to the ground, mystery and ambiguity are embraced. 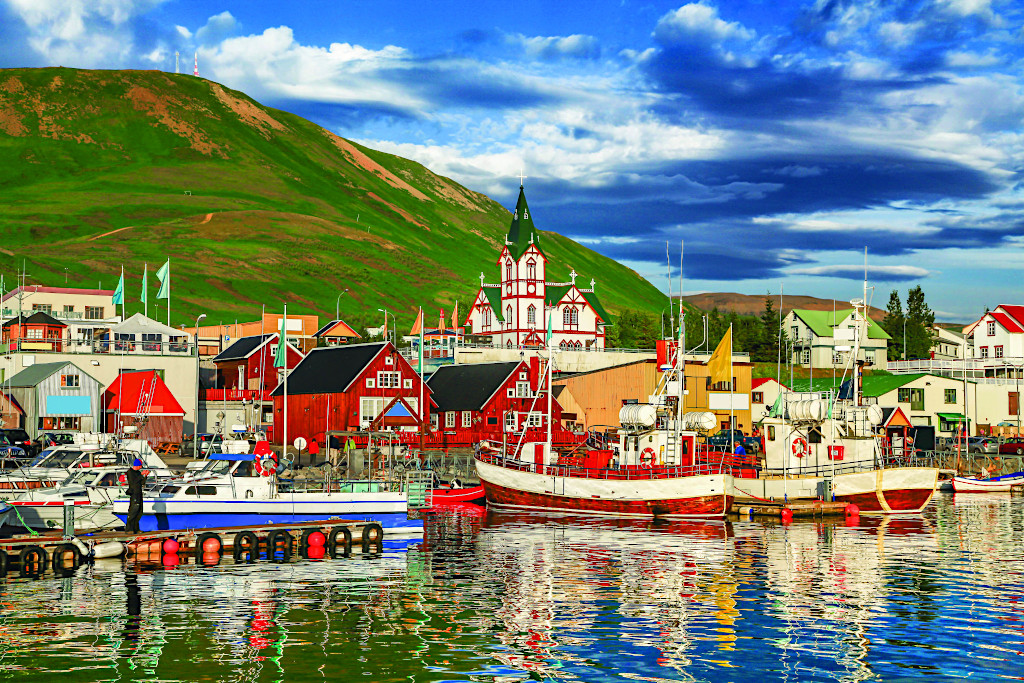 Nowhere is Iceland’s other-worldliness more apparent than three hours northwest of Stoovarfjorour in the Lake Myvatn region, with more than 2,000 square miles of non-stop astonishment. Driving through this volcanic landscape, I moved from dry brown desert to thunderous waterfalls to placid lakes; from boiling mudpots to lush sheep meadows to the surreal fields of gnarled lava rock formations known as Dimmuborgir, alleged by some to be gates to the underworld and known by many as Mance Raydar’s camp in HBO’s Game of Thrones. The density of spectacle here is mind-boggling: imagine being able to visit Yellowstone, Bryce Canyon, and Niagara Falls in just a few hours’ drive.

In fact, Niagara contains far less of Iceland’s bounty of close to 10,000 cataracts, beginning with the fact that not one of them has a Hard Rock Café or Ripley’s Believe It Or Not Museum in spitting distance. The government has done an extraordinary job of making the country’s natural wonders accessible to visitors while treating its wilderness landscapes with reverence and respect. Hiking paths are remarkably well maintained, roadways are unblemished by billboards or parking areas, and concessions are unobtrusively designed and located.

In the Myvatn region, one can explore Dettifoss, Europe’s most powerful waterfall, with endlessly roaring mists and rocks that tremble beneath your feet; Selfoss, just a short hike upstream with dozens of cascades of glacial meltwater along a rock canyon wall; and Godafoss, the crescent “waterfall of the Gods” that is over 1,000 feet wide.

Just 40-minutes north of Godafoss on a peninsula 36 miles below the Arctic Circle is Husavik, population 2,300. It’s the closest thing to a tourist town in north Iceland, especially since being good-naturedly mocked in last year’s Will Ferrell comedy, Eurovision Song Contest. A charming fishing village, and Iceland’s whale watching capital, Husavik makes an ideal overnight stop on a two-day driving loop that includes the waterfalls, bathing spots, Myvatn, and the Asbyrgi Canyon, an eye-popping horseshoe-shaped valley, bordered on three sides by a rock wall more than seven miles long from end to end.

RELATED: The Retreat At The Blue Lagoon