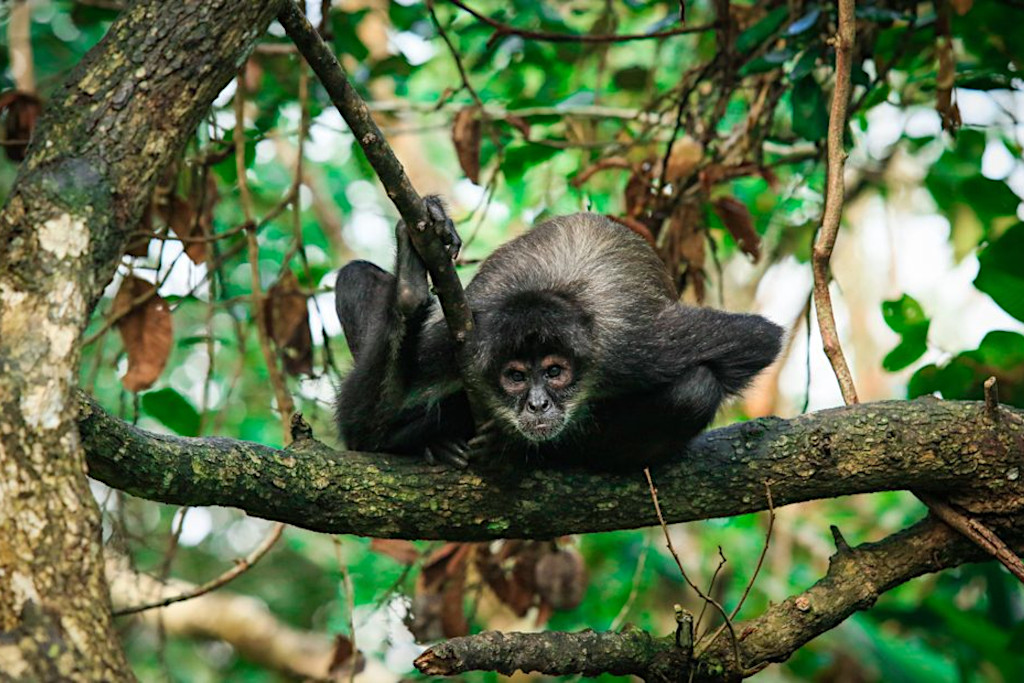 Spotting wildlife on a trip is something magical. Seeing how animals live is transformative and special and makes us realize we're not alone on this planet.

Spotting wildlife on a trip is something magical. Seeing how animals live is transformative and special and makes us realize we’re not alone on this planet. But what’s really special is seeing animals that are smart, crafty, and majestic. Many say that primates are our closest relatives…but in reality, we are primates. Think about that when you visit one of the 5 crazy places to see monkeys! 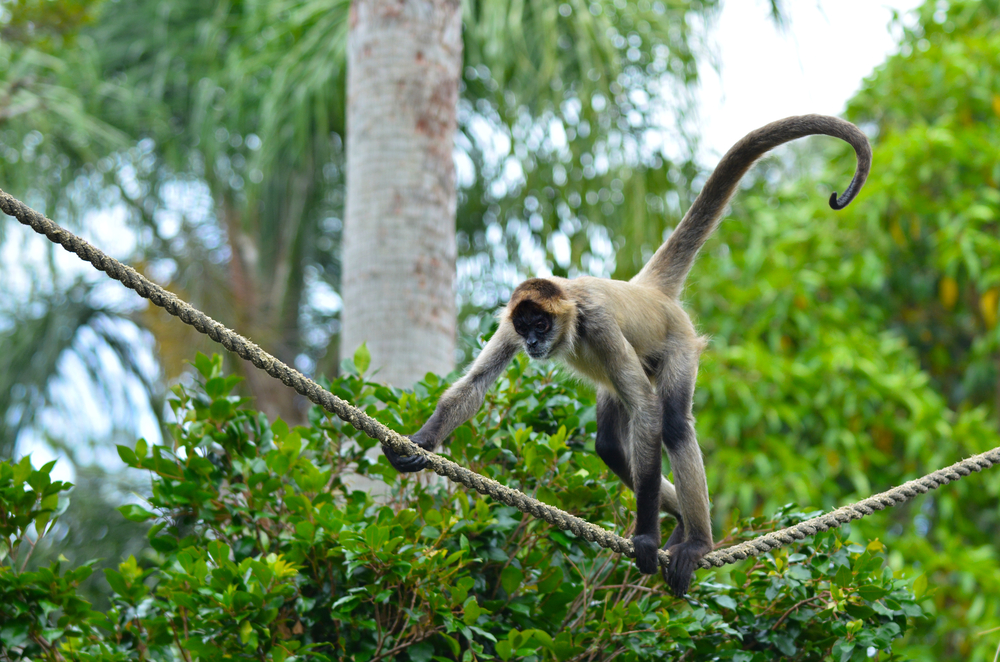 Florida has become an unlikely home to monkeys. Back in the day, a small “resort” along the Homosassa river decided to build a wildlife attraction to attract visitors. The area’s shallow waters have lots of manatees, so it was assumed that more wildlife would bring more visitors looking to see animals.

Somehow, it was decided that bringing monkeys was a great idea. Little did the Floridians know, monkeys are quite smart and don’t like being held captive. Throughout their time at the resort’s zoo, the monkeys stole food from visitors and escaped regularly, breaking into cars, and causing other mischiefs. The resort had an island in the middle of the river, and a plan was hatched.

Now, decades later, the island still has a population of monkeys that are free to roam and play as much as they want. Visitors are welcomed to kayak around the island and a pontoon circles so onlookers can see the oddity of “monkey island“. Despite the island’s sorted history, locals have come to love the monkeys. 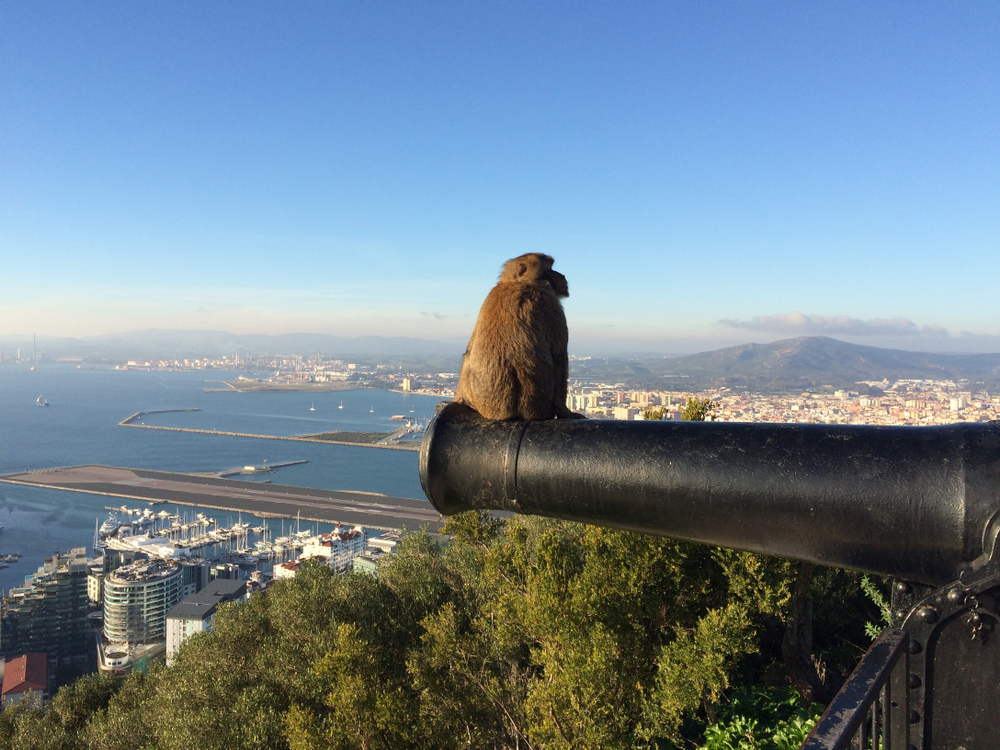 A monkey in Gibraltar (Photo: KK_VideoVector)

How on earth monkeys ended up in the Straits of Gibraltar is unknown. But, somehow, a population of Barbary macaques found themselves in Gibraltar. One theory is that they were brought to the region around 1,000 years ago as pets by the Moors. Others say that they are a remnant population of a monkey species that once had a much larger habitat. 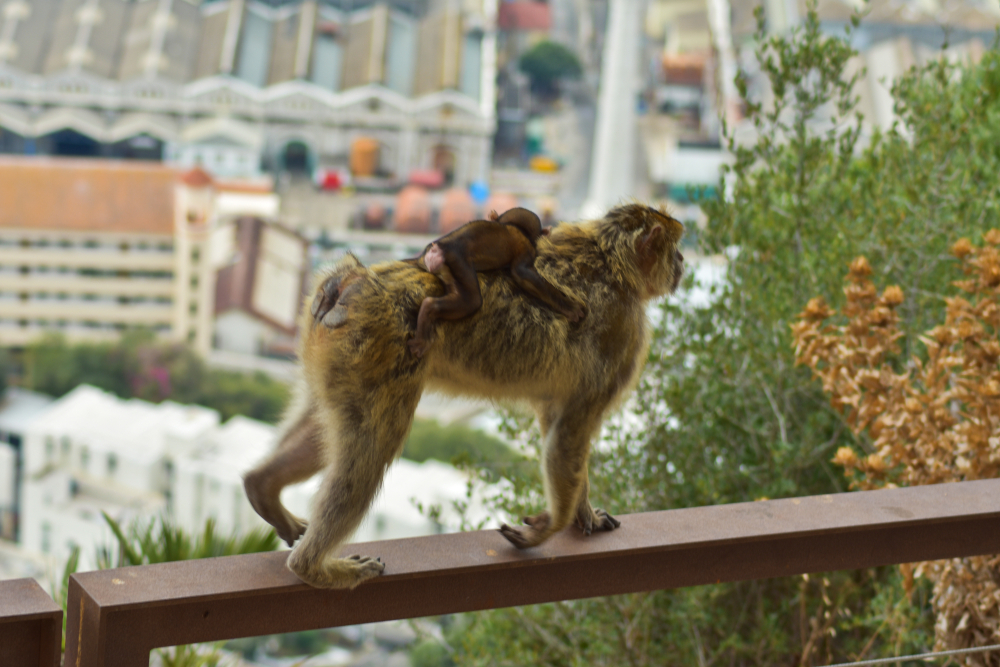 The monkeys are relatively harmless and for the most part, live in peace with the locals and tourists. However, due to the selfishness and stupidity of many tourists, problems do arise. Monkeys are smart; they know what a backpack is, and they know how to unzip them. Monkeys also know what food and water look like, and will swipe it if they see it. Sadly, in the age of social media and clickbait, many videos circulate of monkeys stealing backpacks or swiping at a tourist who won’t leave them alone… But just like people, every monkey has a different personality. If one doesn’t want to be bothered… don’t bother them. Luckily, conservation efforts are determined to keep the monkey population safe and prevent conflicts with humans. 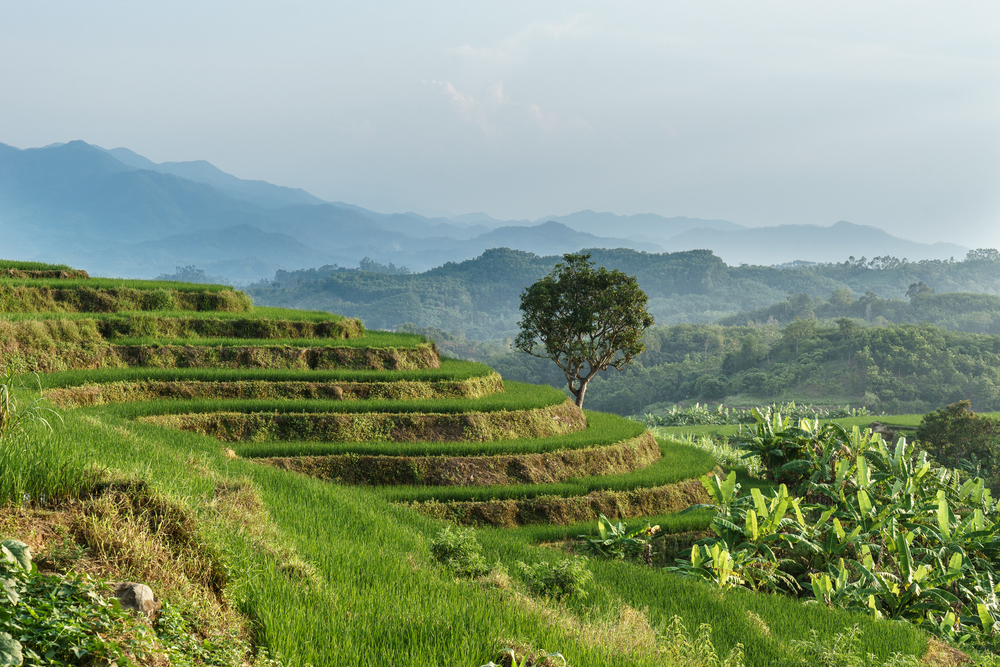 In Hainan lives the rarest ape species on the entire planet. The entire remaining species lives on one mountain. There are only about 20 left in the wild. This is the Hainan Gibbon. Fortunately, Hainan has created a nature sanctuary, the Bawangling National Nature Reserve, for the gibbons, in the hopes of helping the population rebound.

Strangely, this could be a scenario where tourism could actually help save the species. The gibbons are losing their home due to habitat loss because of things like logging and clearing way for city development. In essence, the population is being killed in order to make money. But if the gibbons can become a source of income, something that draws tourists, then perhaps the government will take greater steps in preserving their habitat. 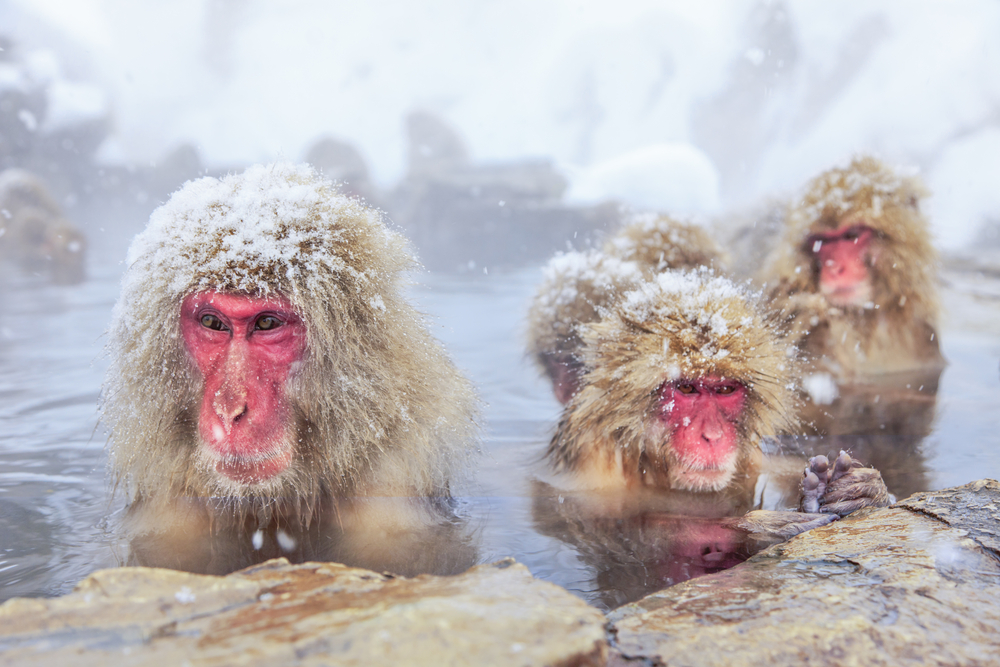 The Japanese macaque is the world’s northernmost wild monkey species, hence giving them their nickname “snow monkeys.” The monkeys inhabit a wide area of the country and are loved by locals and tourists alike. In fact, they’re one of the few primate species in the world that aren’t considered endangered. With Japan’s heavy development, it’s a great example of how human and animal habitats can live side-by-side. 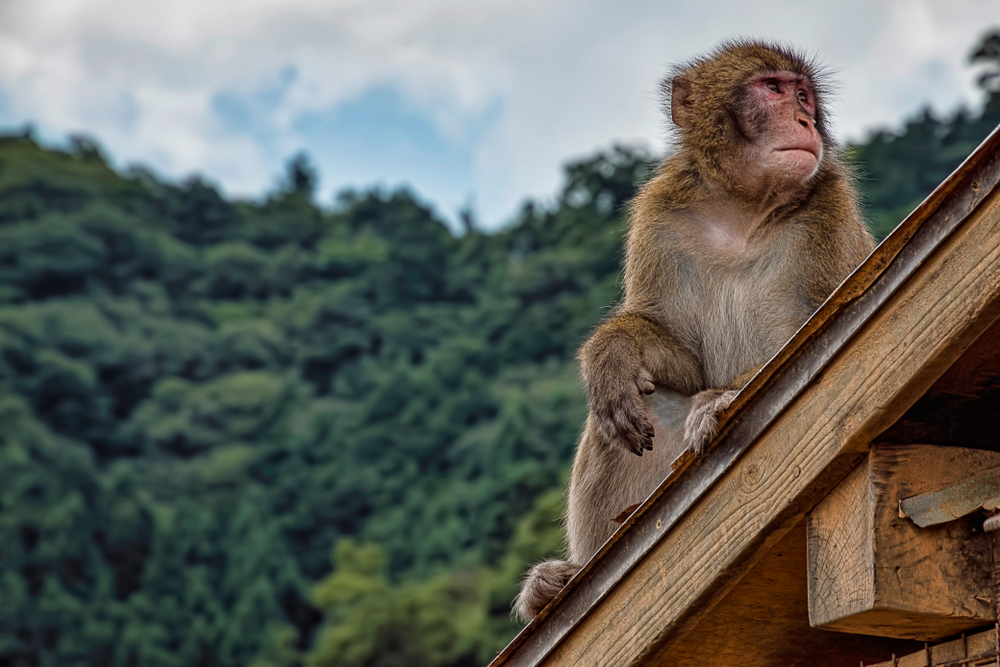 A macaque sits on a roof (Photo: Daniel Andis)

Even better, you can visit the Snow Monkey Resort, where you can watch the monkeys roam the grounds, play, and even take a dip in a thermal bath. 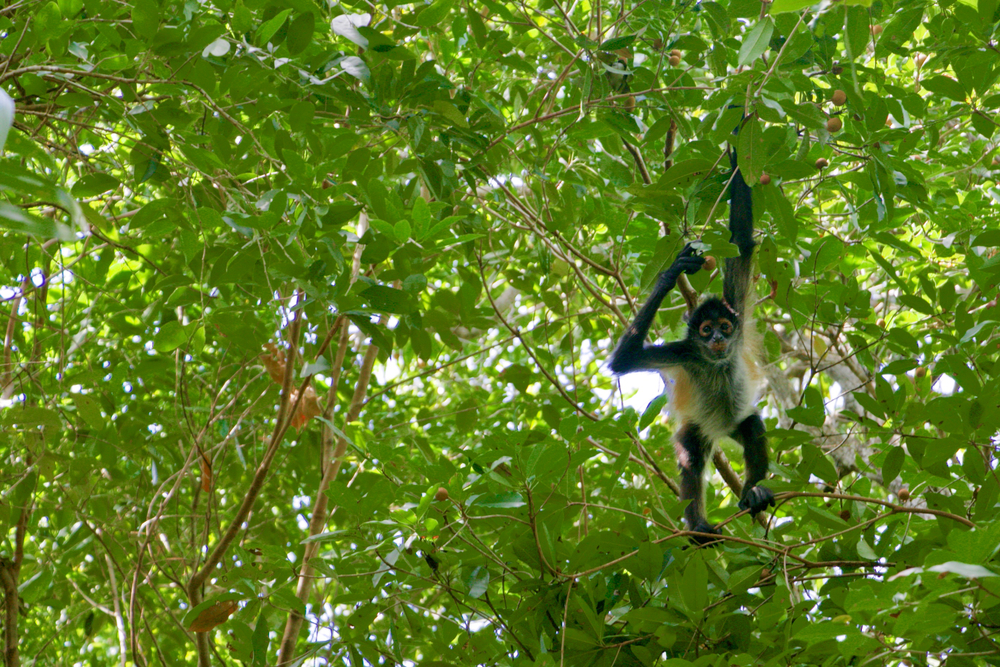 Many don’t know it, but there are actually two monkey species in Mexico. They can be found in many places like the Yucatan, Chiapas, Tobasco, and more. The Mexican black howler monkey and the Yucatan spider money are the northernmost monkey species in the Americas. And the coolest places to spot one is in Palenque. 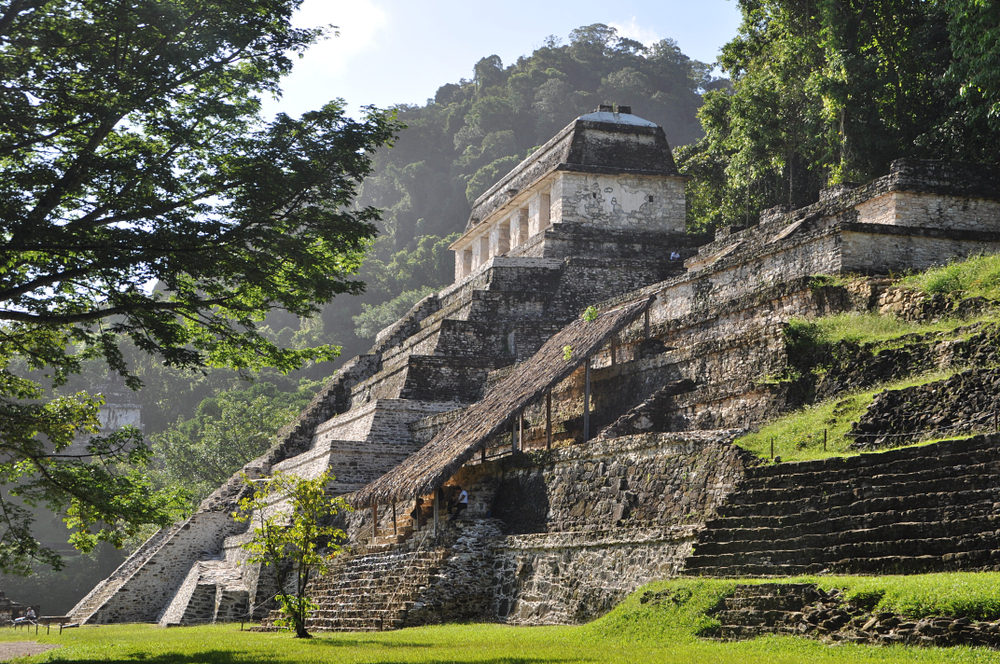 Howler monkeys are known to roam the ruins of Palenque, the ancient Mayan city that’s now a UNESCO World Heritage Site. What could be cooler than exploring an ancient city that’s now filled with monkeys?

7 Must See Natural Wonders Around The World

The Most Breath-taking Mountain Lodges In North America