Top Posts
5 Reasons to Escape to Long Island this...
ESCAPE PLAN: Austin, Texas
Wilson Cruz and Other Celebrities Speak Out for...
Decorate Like A Designer With Jonathan Adler
Future Perfect Project Giving Free Concert at Lincoln...
Pack Your Bags and Prepare to Celebrate Pride...
Visit Lauderdale Launches New Campaign to Show the...
Tom Prior: The Star of the Gay Biopic...
8 Awesome Things to Do in Canada’s Banff...
Earth Day: 5 Countries Going Green and How...
Home Destination Key West Pack Your Bags for the Florida Keys! 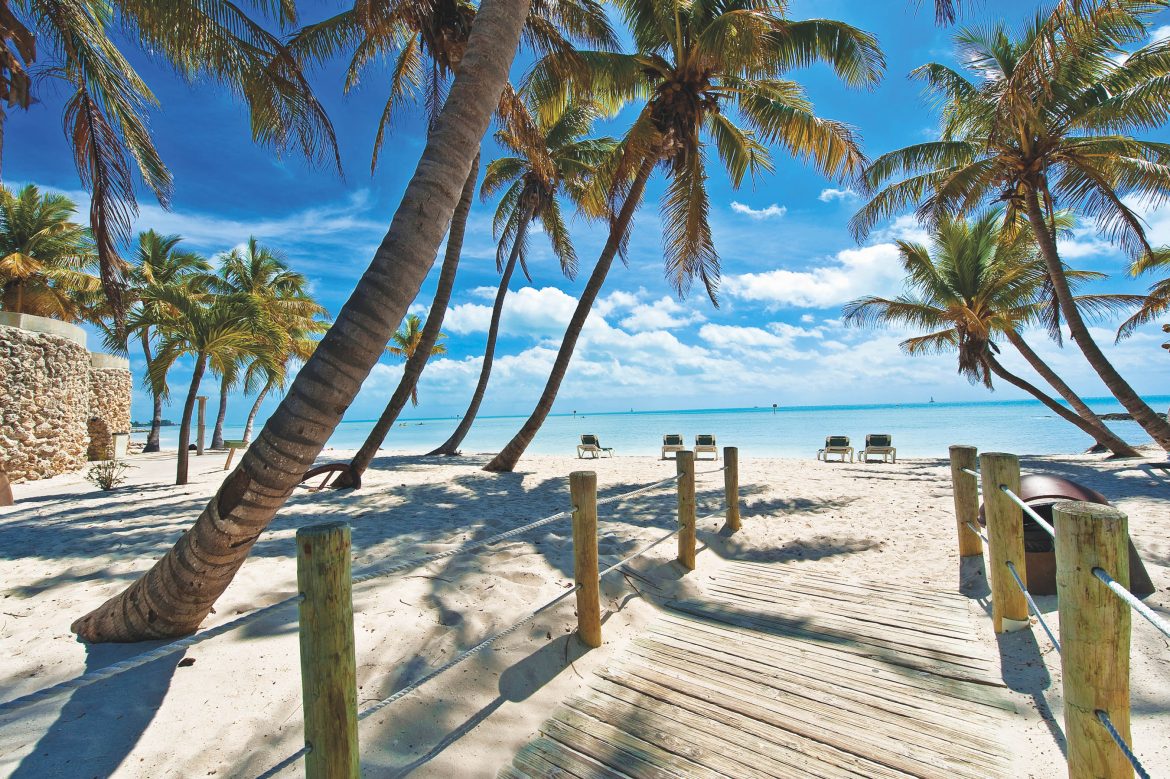 A trip to the Keys is like nothing else you’ll experience in America. Island time is very real, and the sights, sounds, and tastes of the tropics are all around you.

Right beneath the mainland of Florida, there’s an archipelago that bends westward into the Gulf of Mexico, this is the Florida Keys. In total, the island chain spans 125 miles, with 35 of the islands being connected via the Overseas Highway. The Keys are broken up into six main regions. In order from closest to the mainland, there’s Key Largo, Islamorada, Big Pine and the Lower Keys, Key West, and Dry Tortugas National Park. A trip to the Keys is like nothing else you’ll experience in America. Island time is very real, and the sights, sounds, and tastes of the tropics are all around you. Here’s a primer to get you acquainted with all of the Florida Keys.

Key Largo is known as the “dive capital of the world,” but divers aren’t the only ones who can enjoy the bounty of Key Largo’s waters. Swimmers, snorkelers, and freedivers can all find excitement and adventure in Key Largo. Notable underwater sites include the USS Spiegel Grove which was purposefully sunk off the coast to become an artificial reef. Now, smaller fish use the hull of the 510-foot ship for protection from larger fish, and corals are growing on the exterior. As the years go by and more and more coral grow, the biodiversity of the Spiegel Grove will continue to flourish.

One of the most popular spots in all of the Keys is the John Pennekamp Coral Reef State Park, known for its coral reefs, marine life, and the underwater statue of Christ, known as the Christ of the Abyss, that was made as a replica of an underwater Italian sculpture of the same name. Also of note is the Florida Keys National Marine Sanctuary. Here, restrictions are placed on things like fishing, the types of boats that can pass, and how much pollutants can be dumped into the water, with the goal of helping the underwater ecosystem be as strong as possible. For swimmers and snorkelers, this means excellent clear waters and lots of marine life!

Lowkey Fun in the Keys

Islamorada is like Key West, but with fewer tourists. It’s got great food, enthralling art, and stunning nature. Start your visit outdoors at the Lignumvitae Key Botanical State Park. Here, you can hike the hardwood hammocks, or kayak through the mangroves. You’re bound to get lost in the beauty of nature and spot numerous tropical birds that live within the park.

Afterward, grab a drink at Florida Keys Brewing Co. or Islamorada Beer Co. (which also offers tours of its distillery.) Nearby is the Morada Way Arts and Culture District. The district starts just beyond the famous Green Turtle Inn (which has been featured on the Food Network) and is home to galleries, studios, and restaurants.

Marathon (named after the railroad station the town once had) is now a hotbed for animal lovers who want a hands-on vacation. At the Dolphin Research Center, you can visit for fun, or you can partake in the half-day research experience, where you can help the research team with various tasks around the park. Nearby is the Turtle Hospital, where you can visit on a guided tour to see sick and injured turtles that are being nursed back to health with the hopes of being released back into the wild. Also in Marathon is the Wild Bird Center, where you can volunteer and help the team nurse injured birds back to health. At the end of your day, you can relax, watching the sunset, knowing you made a difference in the world.

Rest and Relaxation in the Keys

Big Pine and the Lower Keys are the least-trotted of all the Keys, creating an epic getaway for anyone who is looking to escape the world. Bahia Honda State Park offers beautiful hiking and gorgeous ocean views, as well as excellent swimming and snorkeling. And as an added bonus, Bahia Honda is the darkest spot in all of the Keys, making it a popular spot for stargazing. At times, you can even see the Milky Way.

Big Pine Key is also known for something you might not expect – their deer. Did you know that a miniature deer species (the smallest in all of North America) are endemic to the Keys? And with habitat loss, hunting, disease, climate change, and automobiles, their numbers have drastically dwindled and are now found almost entirely on Big Pine Key. Currently, fewer than 1,000 exist in the wild and they’re considered critically endangered. Luckily, Big Pine is doing something about it. They created the Key Deer Refuge, have elevated roads to allow deer to cross under, and have enacted strict conservation laws.

The Key Known Around the World

The Key that has everything: Key West is a party destination, a food-lovers dream, a cruise port, honeymoon spot, and… really, the list could go on and on. In Key West, visitors love strolling by the pastel bungalow homes, grabbing a drink at the Green Parrot, taking in the beauty of the Key West Lighthouse, and getting a photo with the 0 Mile Marker (the southernmost incorporated part of the entire US).

Also, did you know that Key West is notoriously haunted? With a history of pirates, castaways, war, and hurricanes, Key West has quite the sorted history. Now, nightly ghost tours can take you to the island’s most haunted spots.

If you’re looking for some history that isn’t quite so terrifying, there’s also the gorgeous Hemingway Home, once home to famed author Ernest Hemingway, President Harry S. Truman’s cozy “Little White House,” and the stately Audubon House, named after famed ornithologist John James Audubon (ever hear of the Aubudon Society?) who discovered 19 new species of birds in the Keys back in 1832.

Around 70 miles west of Key West lies the Dry Tortugas National Park. A series of seven islands and islets provide the perfect escape. Famous for birding and snorkelling, the crystal clear shallow waters will make you feel like you’ve been transported to another world. Being protected as a National Park has also allowed the water’s of the Tortugas to remain clean and clear, providing for beautiful photos and excellent snorkelling and swimming.

All of the islands are uninhabited, though some have interesting histories to tell. Most Notably, Fort Jefferson. The fort was constructed in the mid-1800s to combat piracy in the Keys. Soon after, the Civil War broke out and the fort was used to house prisoners of war. After the assassination of Abraham Lincoln, the fort received it’s most famous prisoners – four men who were involved in John Wilkes Booth’s conspiracy to assassinate the president. Throughout Fort Jefferson’s history, yellow fever and poor sanitation plagued prisoners, leading to numerous deaths within its walls. Today, tours of the fort’s history are held daily, and you can even camp within its walls!