Top Posts
Two Bags in One
The Last Bottle You’ll Ever Need
Great Photos Anywhere
Stay Clean No Matter Where You Go
Organic Style
Orbitz Releases Civil Rights Trail for LGBTQ History...
Your Guide to Fantasy Fest 2021 in Key...
Elvira Comes Out in Her Fascinating New Memoir
The Rocky Horror Picture Show Live at the...
Traveling With Pets
Home North America The Neon Lights are Bright on Broadway in Chicago 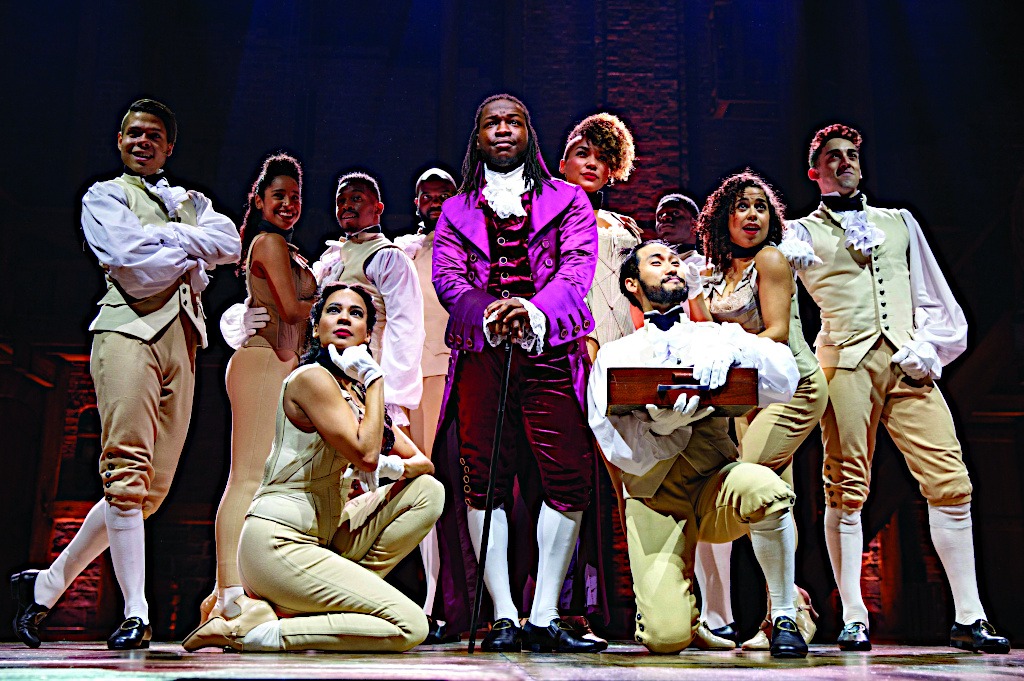 Theatre here is vibrant, eclectic, and exciting. The city's many stages and their actors have come brilliantly into their own in the last 15 years.

Whether you groove to Dream Freaks at Second City or Hamlet at Chicago Shakespeare Theater’s new venue at the Yard, it’s time to discover the allure of Chicago’s Broadway. Theatre here is vibrant, eclectic, and exciting. The city’s many stages and their actors have come brilliantly into their own in the last 15 years. All the arts have blossomed in town and include one of the best art museums in the country, a glamorous skyline, and the first-rate Chicago Symphony Orchestra.

Extraordinary performances have breathed life into many parts of Chicago, which is actually a city of various neighborhoods. There are 250 theatres scattered here and there, and a great deal of home-grown talent ready to wow you.

It’s also the workplace of many of the brightly lit names appearing on stage today: Brian Dennehy, Laurie Metcalf, William Macy, John Malkovich, and Gary Sinise, for example. But are the Chicago shows as good as Broadway?

To be fair, the quality of a particular musical or play is variable. The decision rests with the critic or you, who paid for the ticket. As in Chicago, plays in New York are a mixed bag: we’ve laughed, cried, and slept through an assortment. As a chauvinistic citizen of New York City who lives less than a 15-minute subway ride from the Great White Way, I do think the best New York City shows are the gold standard. Yet, I must admit that the experience of attending a show in the Windy City has quite some advantages.

The Loop, considered Chicago’s Broadway, is a comparable center of the action and has several major theaters: the Cadillac Palace, (www.palacetheatrechicago.com), The Goodman (www.thegoodmantheatre.org), the CIBC (www.broadwayinchicago.com/theatre/cibc-theatre), the Chicago Symphony Center (www.cso.org), and the former Oriental, now The Nederlander (www.nederelander.com/venues).

Built in 1926 as a movie theater, the Oriental, with over 2,000 seats, is a show in itself. With a Far Eastern motif, gold pillars to the sky, and a glitter-marquee fit for a gathering of royalty, it throws the theatregoer back into the era of top-hat society, long dresses, and chauffeurs waiting at the curb. 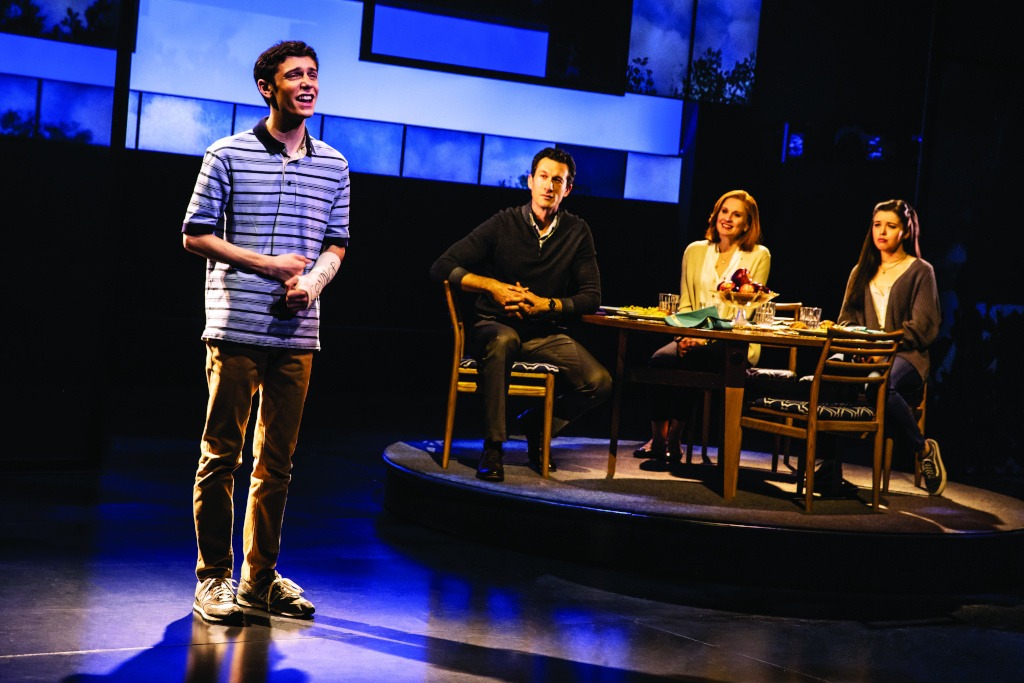 The Loop area is considered the city’s beating heart of entertainment. In New York’s Broadway, it’s a body-to-body crush, but here there is still an aura of gentility, a theatre evening as it should be. No search of purses or backpacks by security guards or a German shepherd at the door, yet. Nice dining spots and bars are nearby, and getting a cab after the show to go back to your hotel is no problem; they’re everywhere. It should be noted that Chicago theatrical runs tend not to be open-ended, and shows generally run for about six weeks, with some exceptions.

What is especially surprising here in the Midwest is the wildly enthusiastic audiences at every show I attended. They laugh even when the lines aren’t that funny, and burst into applause when the actor hits a pinnacle in a speech or creates some remarkable bit of stage magic. Could it be the wine or Champagne available not only before the show and at intermission, but also sipped at your seat? Or could it be the amount spent on the ticket?

A random check of Friday night Hamilton prices: New York (if available) range is $450 to $2,350 per ticket. Same Friday
night in Chicago, $193 to $453. When I was at the Hamilton box office, there was actually a $32 ticket available for that very evening. 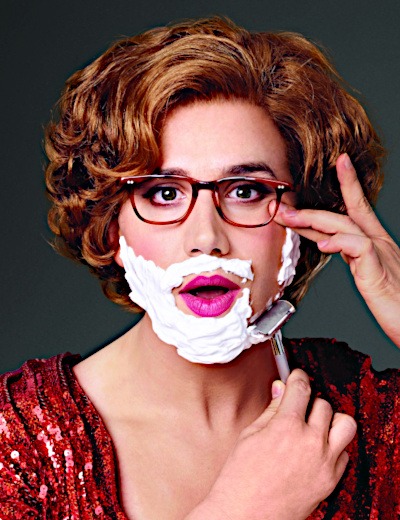 Tootsie, a musical coming to New York in Spring of 2019, has ticket prices in Chicago that range from $32 to $92. Beginning prices in New York? $99 many months before it opens. If the critics love it, sell your grandfather’s Rolex to see it.

A February opening of the play Dear Evan Hansen burned as hot in Chicago as it did in New York. Evan, the play’s central character, who is not represented as gay, faces the same outsider anxiety and its psychological issues. The teenage suicide that is at the core of the musical drama has been attracting the LGBT audiences since it opened on Broadway in December 2017. A newcomer, 20-year-old Ben Levi-Ross, replaced Ben Platt, the Tony winner who originated the part in
New York. Levi-Ross has been called ‘sensational’ as Evan during its national productions before coming to the Midwest. If the play has ended its run by the time you arrive, check the Nederlander Theater
website to find out what’s playing now. It might be A Bronx Tale, Rent,
Anastasia, Les Misérables, or Falsettos, the gay evergreen favorite getting a new life here in June, running through July. Originally a pair of plays in an off-Broadway production, it was written during the age of AIDS, which provides its grim subtext. A revival of a revival, it was last seen in New York at Lincoln Center in 2017. With its heart, compassion, and core of love, it has moved generations of gay (and straight) audience members with its serious and valid emotional punch.

The Neon Lights are Bright on Broadway in Chicago was last modified: April 3rd, 2019 by Keri Gerheart