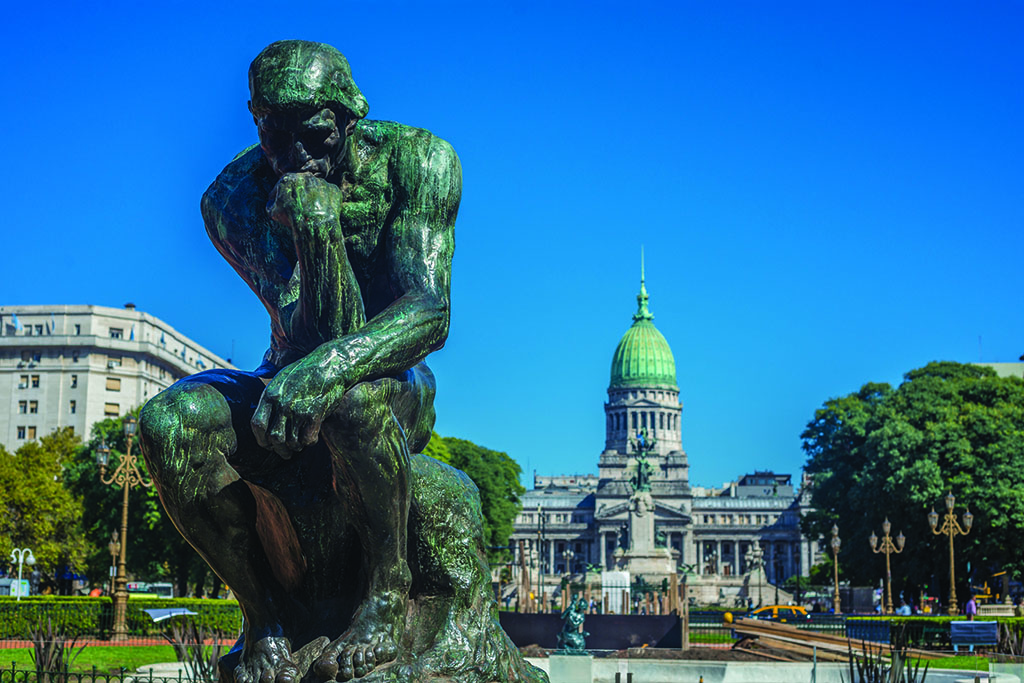 Buenos Aires takes some energy to explore, but you'll fine plenty of places to relax and take it easy.

From here I head to the huge Palermo district, the most fabulous part of town (and the gayest) with its pretty plazas, vibrant café and bar life, and tree-lined streets. If Recoleta is Fifth Avenue, Palermo is the West Village, with shops every five feet and bars or cafés between them. Plaza Serrano is the center of Palermo (well, at least Palermo Soho). The Palermo district is divided into two sections, Soho and Hollywood, with Soho being the prettier part and the one where most of the little cafés and bars are, and Hollywood feel more urban, home to some of Buenos Aires’ finest dining spots. The boundaries between them are a little vague, and there seems to be a lot of Palermo that isn’t part of either, but you’ll sense when you’re in Soho and when you’re in Hollywood. Some things a person just knows.

Palermo is the home of the Evita Museum, which contains displays ranging from documents to photos to fabulous gowns—a must for any Evita lover! There’s also the Museum of Latin American Art (Museo de Arte Latinoamericano Buenos Aires or MALBA), where you’ll find a stunning collection of (mainly) 20th-century Latin American art, from surrealism to modernism to photography.

Meanwhile, the Museum of Decorative Arts is housed in an early 20th-century mansion that was built in the French style and is furnished lavishly with antiques and other collectibles. 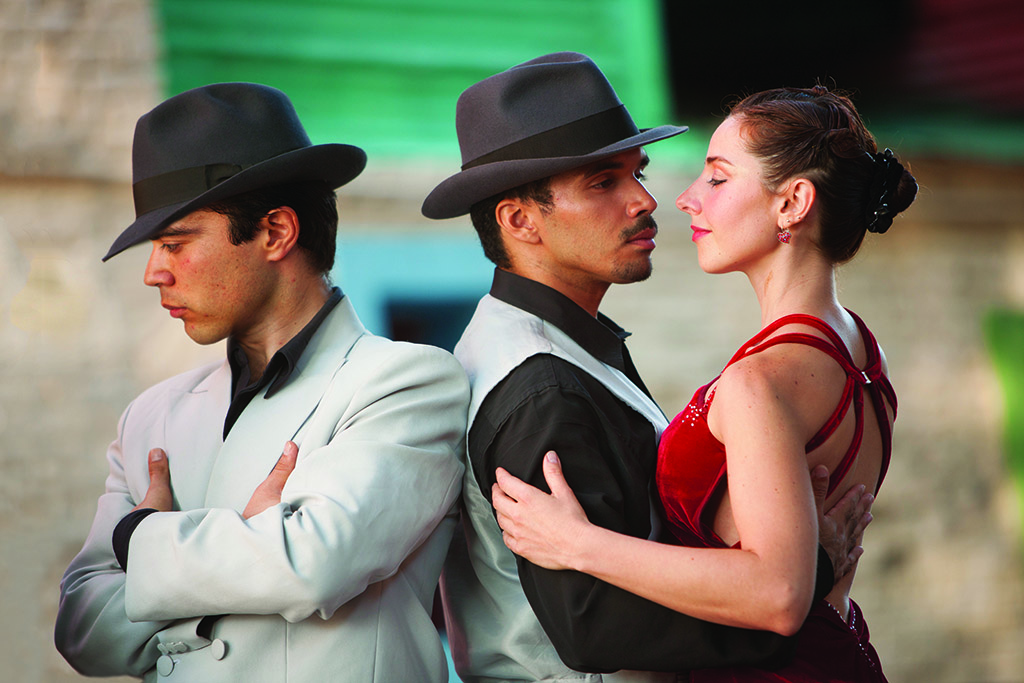 Mainly, though, Palermo is an area to enjoy the good life, to sit over coffee, have a good meal, dance the night away, or stroll the verdant streets. I start in typical Palermo style with lunch in Bartola Corner, which the ever-observant Kenny has spotted, and it’s a delight. Indoor tables are painted aqua, yellow, brown, and green. A sign (in English) proclaims “Be nice or get out”—how can you not love a place like that? There’s a wide variety of salads, pizzas, and wok dishes, and my salad with sesame-coated chicken, cherry tomatoes, and soy-honey dressing is washed down with the most amazing ginger lemonade in creation (their lemonades also come in mint and other flavors).

Another lovely little spot is Pain et Vin, a wonderful place that opened in late 2013. It’s part wine shop, part café, with a long, high wood table in front of shelves of vino for tastings. On the other side are low, whitewashed tables, and a counter backed by shelves of the most amazing-looking bread. You can get sandwiches from mozzarella/basil to ham/arugula and olives, or salads like a quinoa/lentil salad with arugula and goat cheese. The couple who runs it is super-nice, and their coffee is among Buenos Aires’ best. Buenos Aires can be a little overwhelming, so you need places like Pain et Vin to sit back for a minute and gather your thoughts, recharge, and see just how nice this city can be.

Across the street is Crizia, where seafood lovers flock to enjoy oysters or mains like pappardelle with scallops in an atmosphere that’s kind of a combination cocktail bar and fine restaurant. It’s upscale but welcoming, with a distinctly modern feeling.

More great dining in the neighborhood: Freud & Fahler, which sounds like it’s going to be some psychiatric-themed weirdness but turns out to be my favorite restaurant in Buenos Aires, with a rustic atmosphere of laid-back elegance, top-notch service, and food to die for. You’ll have to seek out this winning spot on the edge of Palermo Soho, but it’s well worth the few blocks’ wandering for really grand cuisine. Hell, the basket of bread they start you with is in itself worth the trip!

Want to stay right at the heart of Palermo life? Vitrum is a winning design hotel, with suites and studios featuring the most up-to-date modern design, a rooftop spa and swimming pool, and an enviable location with all the delights of Palermo pretty much at your feet. It’s in the Hollywood section of Palermo, and its convenience is matched only by its high-design comfort. From here, it’s an easy walk to some of the neighborhood’s best dining, like Ølsen. You wouldn’t expect a Scandinavian restaurant in the heart of Palermo Hollywood, but this spacious, modern place is a winner with its soaring ceilings, tall black fireplace, and huge garden. Then there’s the food: corn pancakes with smoked salmon, king crab spring rolls, even a salmon/potato pizza. Also well worth a visit is Tegui, equally stylish as befits the eponymous restaurant of Chef Germán Martitegui (who also opened Ølsen). It’s easy to walk right by this nearly hidden spot, but look closely and you’ll find it. The nondescript exterior, however, doesn’t prepare you for the chic interior and lovingly prepared contemporary twists on local classics.

Had your fill of great food? Let’s explore the gay nightlife, which is centered to some degree in Palermo, but which really spreads throughout the city. Take a nap, because most places don’t even open till 11 P.M., and it’s not uncommon for places to be still empty till 2 A.M. For bars, visit Sitges, a large spot lit by a rainbow of colored lights, one of the most popular places for a mainly younger crowd to go before heading to a dance club.

Bach Club, going strong for 22 years, is popular among the city’s lesbian community (though not strictly for women) and offers drag as well as musical shows. Contramano, which recently celebrated its 30th anniversary, is a popular Recoleta spot drawing those not in their first blush of youth, especially on their Sunday “Bear and Admirers” night. Flux, in the Retiro neighborhood just north of downtown, offers a friendly (and English-speaking) staff, mixed age crowd, and comfy ambience. They also open at 7 P.M., a rarity in Buenos Aires. Casa Brandon is a queer cultural club in the Villa Crespo area (which borders Palermo), where you might find everything from art exhibits to poetry to movies, as well as parties and dance events. Speaking of dancing: the city’s big dance club is Amerika, where lights flash, the bar glows, and three dance floors hold almost two thousand people, mainly younger gay men but with plenty of gal pals and the occasional (gasp) over 30s. It’s in the Almagro district, just off Palermo. 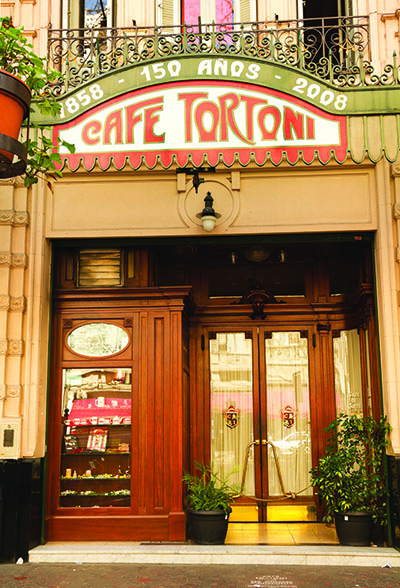 Even this small selection of the vast nightlife scene is not quite doable on public transit, so be prepared to take a lot of taxis and spend a lot of time getting from one place to another. To add to the confusion, there’s a wide array of weekly, monthly, or one-time-only parties, and to keep up with all that’s going on in Buenos Aires’ GLBT nightlife can be a fulltime occupation (and one that keeps you up VERY late at night!). In that respect, it’s much like the city itself: overwhelming at first, but once you’ve figured out your favorites, it will feel much more manageable.

In this spirit, I take a final stroll through the streets of Palermo Soho. As I amble down a coolly laid-back street past a sidewalk bench dappled with dots of color, I realize whatever the splendors of the other neighborhoods, it’s in this section that I feel most at ease, most relaxed. There’s a hipness and gentrification here that’s pleasant without being grating: when a clothing store is called Vitamina and a jewelry store called Condimentos, you know you’re in a chic neighborhood!

After lunch in (where else?) Freud y Fahler, I stroll through the area admiring a wide range of vibrant leather goods in Humawaca, stylish men’s clothing in Amsterdamn, and surprisingly affordable wines in Lo de Joaquin Alberdi. If there’s one thing Argentina is famous for, it’s wine, and the sweet young salesperson, Daniel, talks about wine regions, compliments my Spanish, and lets me taste a variety of vintages. I walk away with a wonderful Malbec that sets me back only $20 (it’s probably $75 at home), and a delightful experience that’s as important as the wine.

It’s actually my last experience before heading back to the hotel to gather my belongings and set out for the airport. I can’t think of a better way to end the trip than in my favorite neighborhood in a city full of neighborhoods. For me, Palermo is a bit like Buenos Aires as a whole: exactly what I expected in some ways and totally unexpected in others. People here are both friendly and curt, low-key and drama queens, pleasant and a little aloof. It’s a series of dichotomies that could describe the city itself, which sometimes feels like a big city and sometimes like a little village. Whether it’s a refined eatery, a sleek and seductive shop, a bar you don’t even know is there till you enter to a blaze of light and sound is a major thoroughfare that suddenly becomes a luxuriant plaza, there’s a new surprise in store whichever corner you decide to turn.

My advice is to turn every corner you possibly can, because chances are very good there’s something amazing waiting for you around the next one. (Dial 011-54-11 from the US before the number listed below unless otherwise noted)

Your Five Step Guide to Planning a Train Trip 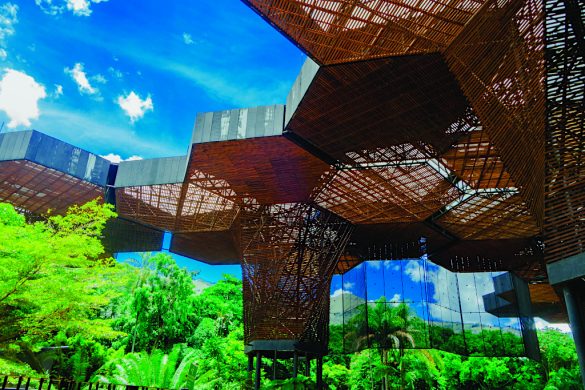