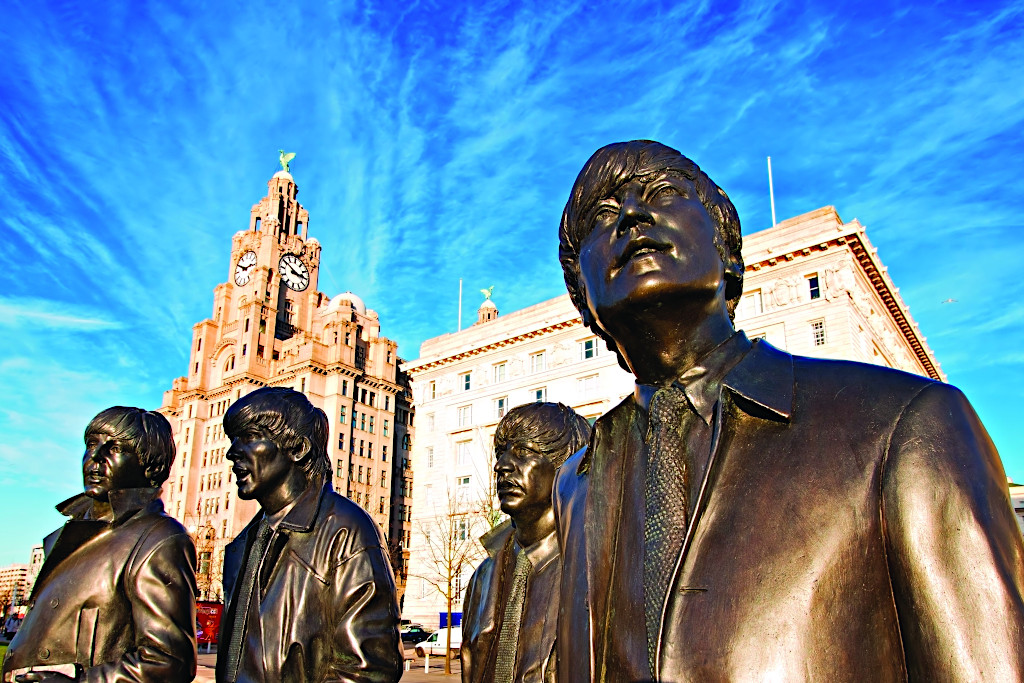 “I can tell you’re American love, you’re going too easy on the ingredients,” my gin-making class instructor in Manchester tells me as she sprinkles extra rose hip into a pestle. “It’s all about putting you in the alcohol,” she adds. A nosy British granny comes up behind me and twists a little lemon in my cup. “Add a bit of flamboyance,” she squawks swishing around dizzily from one too many complimentary gin drinks. Her husband and son then insist I add a bit of spice. “A little spice makes everything nice,” the older gentleman tells me. “Or…it makes the Northern English weather a bit warmer,” the son retorts while passing over a jar full of red chili flakes. I look over to my friend Andy who is battling his own group of busybodies questioning his recipe. “It’s kind of like a strange family reunion in here, I’ve never seen British people cozy up to one another so quickly,” he says laughingly as his copper gin contraption begins to distill the liquor.

The gin drops slowly into a beaker, and the crowd is giddy with anticipation. And as the gin pours, the conversations grow louder around the room. We’ve already given up on trying to explain to our newfound grandmother that Andy and I are just friends and not international lovers, and that no matter how much she insists, we won’t be able to attend her son’s wedding in Dallas with her. It is all great fun, and we merrily roll along with the jokes and laughter.

Once our gin concoctions are ready, we each take sips of what we’ve created. “Strong, flavorful, loud, a bit moody, colorful, with some spice thrown in,” the instructor tells me after trying a taste. And I think to myself, what an incredible way to describe the North of England. 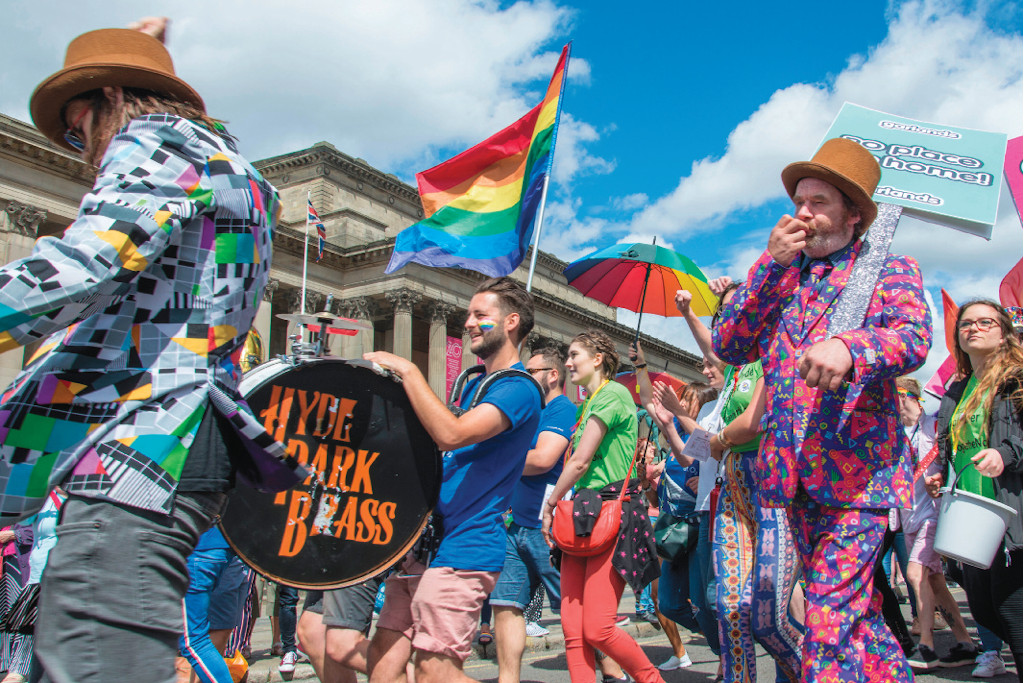 It’s pretty easy to see how gay-friendly Liverpool is, just look around,” Char Binns, director of Homotopia LGBT+ arts and heritage festival (www.homotopia.net) told me over a coffee on bustling Bold Street. Across from us is an LGBTQ bookstore, one of the most comprehensive in the UK, called News From Nowhere Radical & Community Bookshop (96 Bold St, Liverpool. Tel: +44-151-708-7270. www.newsfromnowhere.org.uk). Each of the shop’s windows proudly displays a rainbow flag. Binns also excitedly tells me of the work it takes to put on this massive cultural festival that sees the city celebrating filmmakers and artists from around Liverpool and the UK who come to share their work in such a welcoming environment.

LGBTQ surprises abound at the Museum of Liverpool (Pier Head, Liverpool Waterfront, Liverpool. Tel: +44-151-478-4545. www.liverpoolmuseums.org.uk) Besides the historical permanent exhibits, during my visit, the museum also had a spectacular floor showcasing John Lennon and Yoko Ono, as well as a fantastic look at the city’s pioneering queer community called Tales From The City, where objects and memories from Liverpool’s LGBT+ community takes visitors on an unforgettable queer journey.