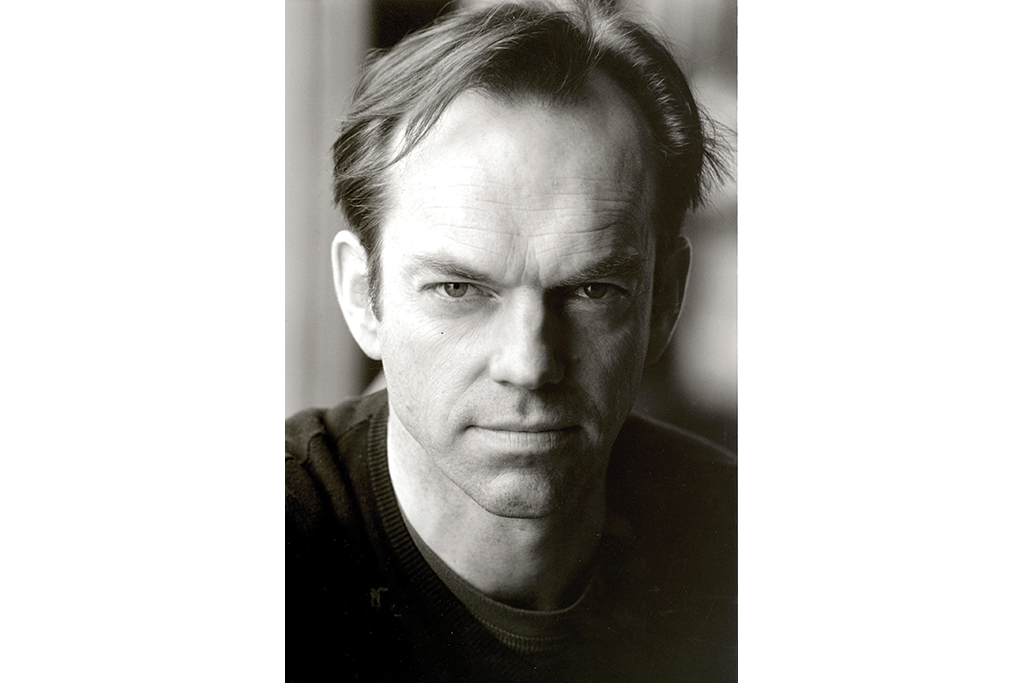 THE ADVENTURES OF PRISCILLA QUEEN of The Desert put actor Hugo Weaving on the map, and not just in Australia’s outback where the 1994 drag queen dramedy took place. Between its colorful costumes, ABBA tunes, supporting turns by Guy Pearce as a petulant drag rookie, Terrence Stamp as a jaded transsexual, and a profound emotional wallop from Weaving’s starring role as a flamboyant bisexual reunited with his estranged, young son, the movie spawned a Broadway musical and earned bona fide LGBT classic status. Over 20 years later, Weaving again donned frocks as a cross-dressing, small-town police sergeant in the darkly comic Australian revenge tale, The Dressmaker. Released in September 2016, the film stars Kate Winslet as a seamstress who returns to her dusty outback hometown after being banished at the age of ten for supposedly murdering another child.

Born in Nigeria, raised in South Africa and Australia, and currently based in Sydney, Weaving is best known stateside as Elven Lord Elrond in the The Lord of the Rings and Hobbit films, and as The Matrix trilogy’s evil Agent Smith. He made a first major impression as a blind photographer in 1991 indie, Proof (also directed by The Dressmaker’s Jocelyn Moorehouse), and he played LGBT roles in Rose Troche’s 1998 dramedy Bedrooms & Hallways and 2005’s Little Fish. For the latter, in which Weaving portrayed a gay former rugby star struggling with heroin addiction opposite Cate Blanchett, he won an AACTA, Oz’s Oscar equivalent. He also switched up his gender and ethnicity as a handful of diverse characters, including a surly nurse, in the Wachowskis’ 2012 genre-busting Cloud Atlas.

Did you get offered a lot of “men in frock” roles after Priscilla?
As a result of Priscilla, I did seriously think about doing more drag, because it’s an incredible art form, and I enjoyed exploring it so much I thought it would be wonderful to do a bit more. I didn’t take that up, however, and I don’t recall getting offered too many other ‘men in frock roles’ until The Dressmaker.

Daylesford, a former gold mining town turned country spa haven just Northwest of Melbourne, is famously GLBT-friendly and even has an annual pride festival called ChillOut. Have you been there, and any recommendations for visitors?
Yeah. It’s a great weekend retreat. On a Saturday or Sunday you can have your face done, a massage, stay the night, have a hot springs, go out to a nice restaurant, and wander the streets for shopping. There are a number of gold towns around that area. I like a place called Kyneton, which is nearby but under the radar. This was the gold town that supplied all the other gold towns. I did a film there, Healing, a couple of years ago. There’s a beautiful old pub where the food and wine is wonderful, a fabulous Turkish place called Mr Carsisi, a great antique store, second-hand record store, a second-hand bookstore, and a guy who makes beautiful chairs. It’s on the rail line, so you can even live there and commute to Melbourne.

You live in Sydney these days. Are you treated as royalty when spotted by the local drag queens?
Actually, I was recently at bingo, which a couple of drag queens, Penny Tration and Tora Hymen, do in a pub. Two hours of droll, bitchy, funny commentary coming at you while having beer. When I walked in they were playing a Priscilla medley! I was there with my two kids and partner and some friends as well. At the end of the show I asked for my photo with them, but I don’t think they recognized me. Some places, though, like restaurants, it’s quite nice occasionally to be able to get in at the last minute because someone might recognize you. That’s about the only perk of being vaguely famous.

What are a few of your favorite local restaurants?
Where would you bring a visitor? There’s a great café we’ve been going to recently called Edition Coffee Roasters in Darlinghurst. Fabulous coffee. It’s essentially a café, but really classy with great food that takes its cues from Scandinavian and Japanese cuisines. So many unbelievably good places to eat in Sydney, but what I increasingly like is Fu Manchu, a Chinese place with great décor and beautiful food. Similarly, the Mahjong Room. Bills, just around the corner from me, is one of the best breakfast places in the world. Owner Bill Granger has got two or three venues in London, and they’re also fabulous, but they’re called Granger & Co there because someone already has the name Bills. The Cornersmith Café and Picklery is another I love for breakfast or lunch. Exquisite food, fresh produce, honey from their roof. One of the great treats for anyone coming to Australia is, if you don’t already know about the quality of produce and restaurants, you’ll be blown away because the food in Melbourne and Sydney particularly is astonishingly good, inventive, and really special.

What is the strangest thing you’ve tried eating while traveling?
I had snake wine in Macau, with the snake still in the bottle. I’ve never had a Witchetty Grub, they’re quite fat like caterpillars, but when I was last in Alice Springs five or six years ago I went to a nature reserve where they have these honey ants. Their backs are quite enlarged and swollen because they have honey inside, so you kind of suck the honey out of the ant (laughs). That was probably pretty wacky. Having said all that, I don’t eat meat, and my kids are vegan.

What is your number-one travel tip?
Enjoy, let it go. Not getting too uptight or worried about what you have or haven’t brought or planned or haven’t planned. Open your eyes and enjoy what these places have to offer. I used to plan my trips extensively and do all this research, and I still do enjoy that, but sometimes it can get in the way of finding out about the place when you get there yourself. So just go. Travel and see what happens.

Where would you most love to go on vacation?
I absolutely love Japan and I could go to Berlin anytime and stay there. I love Berlin. I love London. I was born in West Africa, lived in South Africa and Australia, and I’ve been all over the world. You name it. But I’ve never been to Scandinavia, and I would love to go to Sweden, Norway, Denmark, Finland, and Iceland. That’s on my list.