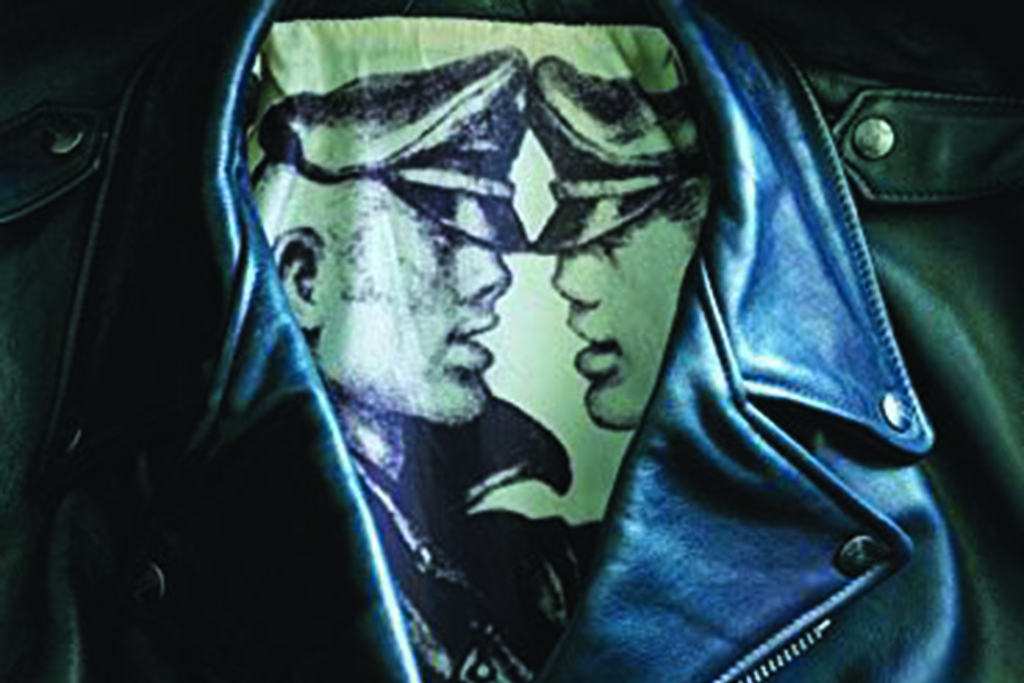 Great reads for the savvy traveler. 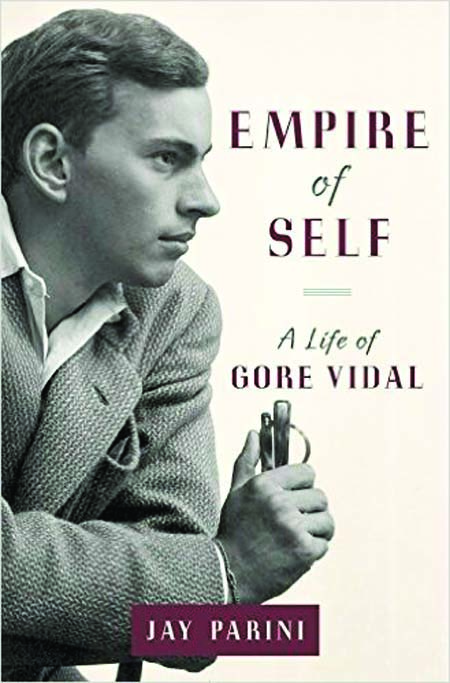 Empire of Self (Doubleday, $35. www.doubleday.com)is biographer Jay Parini’s thorough and satisfying take on the late Gore Vidal (1925-2012), that feistiest and flirtiest of public intellectuals. It’s a timely read, as Vidal has lately come to mind on two fronts: the soundbite circus of recent Republican presidential primary debates has highlighted the demise of impassioned political discourse from the high-water mark of Vidal’s viperous cabaret-style verbal duels with William F. Buckley during the 1968 campaign (immortalized in a 2015 documentary, Best of Enemies); and the landmark changes in our national perspective on LGBT identity recall Vidal’s prescience on those topics, demonstrated in his cunningly camp novels Myra Breckinridge and Myron and numerous essays (In his 1966 On Pornography Vidal wrote that “…effort must be made to bring what we think about sex, what we say about sex, and what we do about sex into some kind of realistic relation- ship.”). Though Parini, an academic, enjoyed a long friendship with Vidal, his account is utterly unvarnished in comparison to Vidal’s enorymously entertaining, but relentlessly self-aggrandizing memoirs, Palimpsest and Point to Point Navigation. In crisp, easily readable prose, Parini follows Vidal from his birth into a political dynasty; through his youth and emerging sexuality; to his widespread professional success writing novels, stage dramas, teleplays, essays and more; to his floundering attempts to run for political office; and finally, to his decline into bitter alcoholic senescence following the death of Howard Austen, his partner in a tumultuous domestic relationship of over 60 years. To read Vidal’s own accounts of his life, it was all soap-operatic drama and flam- boyant backbiting, but Parini casts a clearer eye on the literary lion, portraying his pained soul as well as his egomaniacal divadom. At the heart of Vidal’s per- sistent inner anguish, Parini shows us, was a lifelong inability to fully accept his own homosexuality. As withering as Vidal could be when publicly condemning narrow-minded views, he struggled with his private, personal identity. The product of more staid American generations before him, Vidal helped build a bridge toward our country’s more liberal contemporary attitudes. Unfortunately, the builder never quite crossed that bridge for himself. 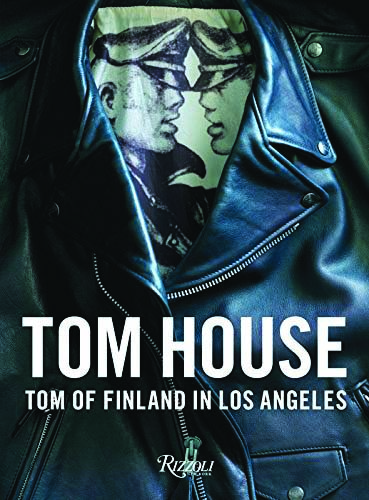 One of Los Angeles’ under-the-radar treasures, the home where Finnish artist Tuoko Laksonnen (aka Tom of Finland) spent the last ten years of his life, is open for public tours only a few times each year. But now, through the robustly illustrated Tom House (Rizzoli, $55. www.tomoffinlandfoundation.org) lovers of beefcake and real estate can endlessly wander the rooms of this one-of-a-kind property, from drawing room to dungeon. Virtually every surface in the home (still lived in by Laksonnen’s likeminded heirs) is covered in erotic art. The house itself, though, is less bunker than bungalow, and its juxtaposition of semi-suburban charm and pleasure dome décor is a kooky delight. Ring the front doorbell and the ding-dongs never stop. 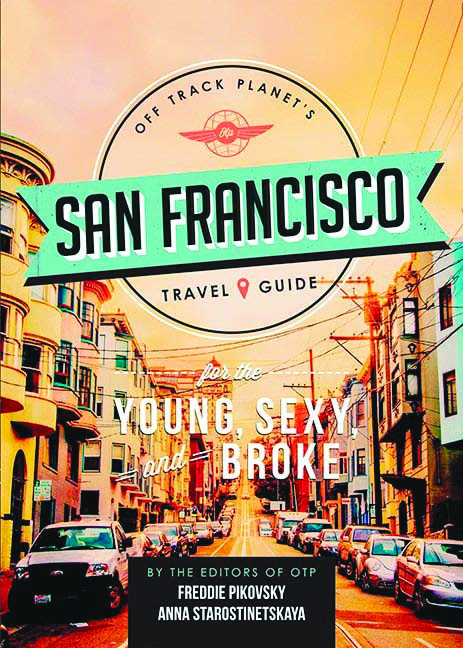 The value of city guide books for travelers continues to dwindle as robust activity on the app, blog, and website fronts makes constantly updated information available around the globe. So it’s a pleasure to discover a pair of new guides with a quality of description and design that lets them transcend mere functionality. Off Track Planet’s San Francisco Travel Guide for the Young, Sexy, and Broke and its counterpart guide to Brooklyn (Running Press, $15 each. www.offtrackplanet.com) will provide genuinely pleasurable pre-trip perusal and then serve as worthy keepsake souvenirs thanks to prose with the kind of details that trigger strong memories. The books don’t aim to be encyclopedic, but focus on extremely well curated highlights of their subject cities, uncovering some gems that even locals may not know about. A section on the Castro district in the San Francisco volume, for instance, includes the largely untouristed Residence Bar, which feels like a rich Victorian uncle’s living room and has a weekly international fried chicken night, and the shamefully unsung Thorough Bread Bakery, with its semi-secret backyard (don’t miss the mini-gougeres). As for the Brooklyn book, well, Hallelujah! It floats completely beyond the gravity of Manhattan, which tends to suck up the attention in guides that purportedly cover all of NYC. This is really the first book to give the varied scenes of 21st-century Brooklyn the kind of cover- age they deserve. It’s pretty much a must, not just for visitors, but for new borough residents. 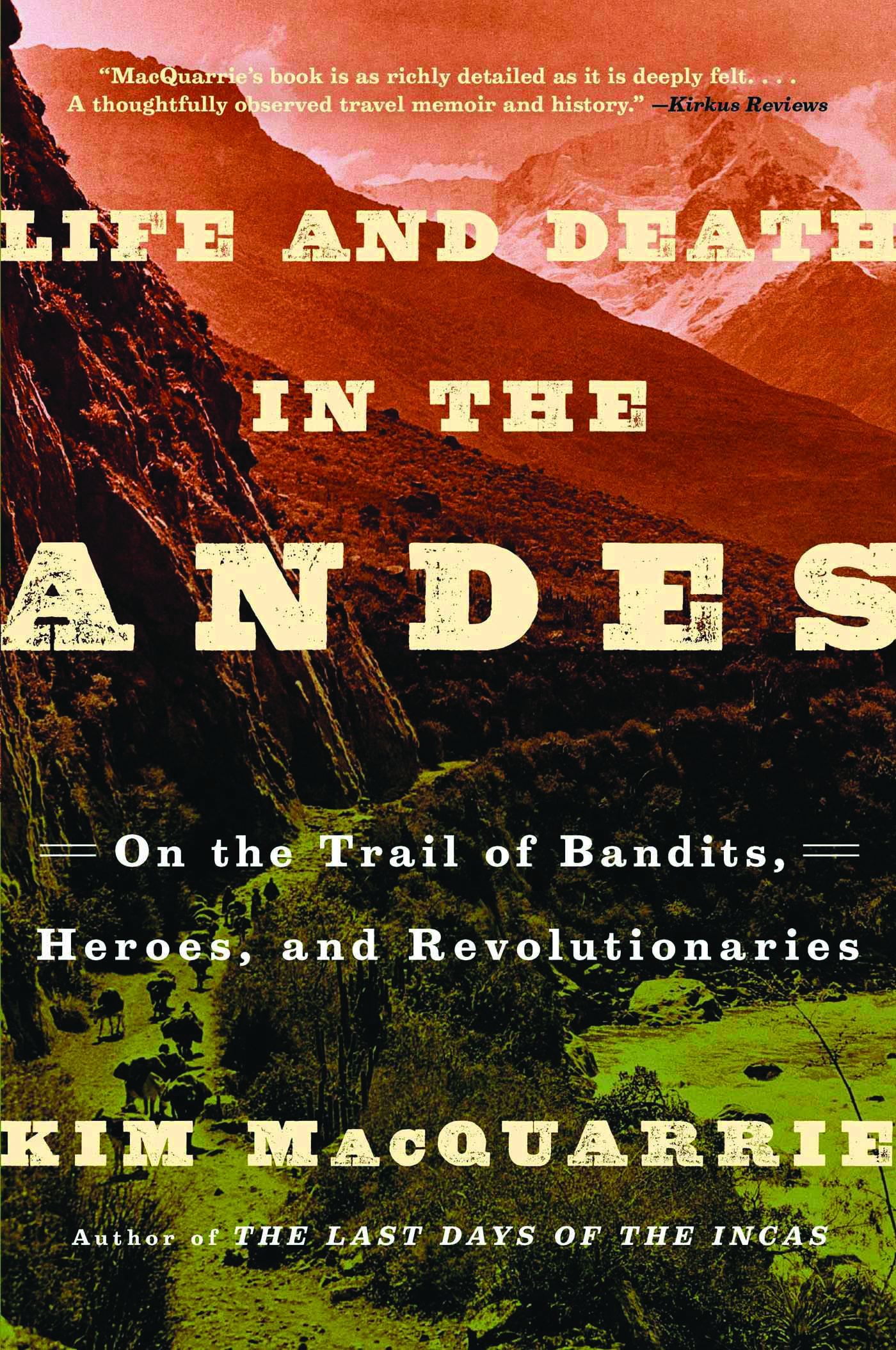 Life and Death in the Andes

Remember that scene in Raiders of the Lost Ark where we meet Indiana Jones in his role as college professor? Now that was probably a class worth taking. Well, meet Kim MacQuarrie. A documentary filmmaker and anthropologist, MacQuarrie happens to be an expert on the cultures and history of Peru. His new book Life and Death in the Andes: On the Trail of Bandits, Heroes, and Revolutionaries (Simon & Schuster, $32.50. www.kimmacquarrie.com) demonstrates how well-crafted storytelling can transform potentially academic material into irresistible, effortlessly educational entertainment. MacQuarrie uses a journey through the 4,500 miles of mountain range from Colombia to Tierra del Fuego as the spine of his book, taking narrative tangents from his personal travelogue into fascinating stories about his predecessors on the path, including Pablo Escobar, Charles Darwin, Butch Cassidy and the Sundance Kid, and lost Inca civilizations. A whip-cracking good read. 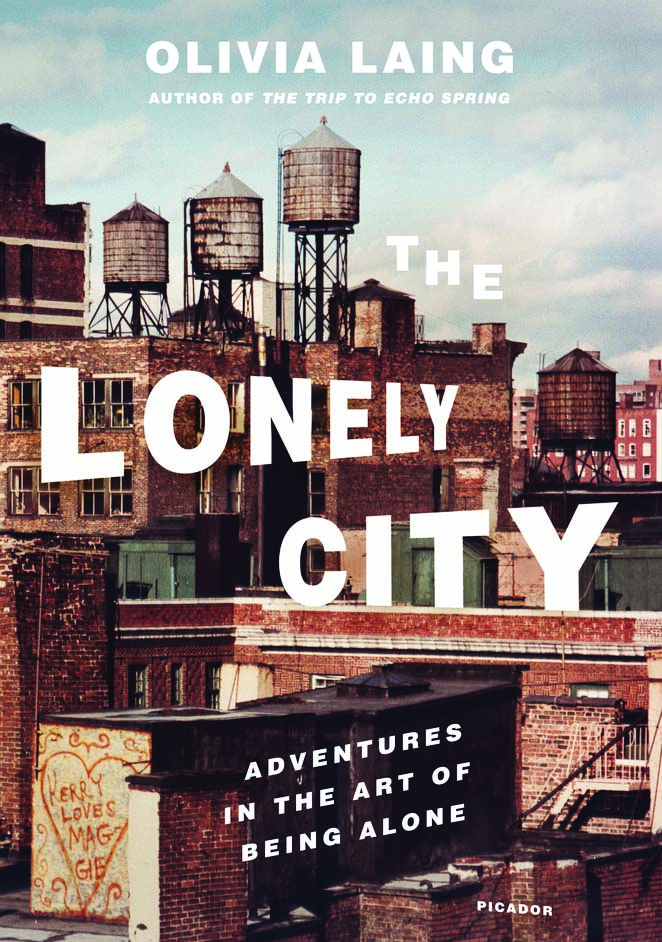 “You can be lonely anywhere, but there is a particular flavor to the loneliness that comes from living in a city, surrounded by millions of people,” writes Olivia Laing in her deliciously genre-swirling book of memoir, art history, and psychological analysis, The Lonely City (Picador, $26. www.olivialaing.co.uk). The city Laing focuses on is Manhattan, and she evokes the unanchored, melancholy, and sometimes surprisingly satisfying feelings that come when strolling solo and anonymous. As a lone rover’s mind may float free associatively, Laing lets her wonderings flow with her wanderings. She ties her own sense of aloneness to that of renowned New York visual artists, who provide her with inspiration and solace amid solitude. The stark light and shadow captured by Edward Hopper, the sense of alienation and otherness pinned down by Warhol and Wojnarowicz, the imaginary worlds Henry Darger created to provide himself companionship. In the end, while Laing deftly portrays the ache of loneliness, she also celebrates its strange rewards. Whether you’re planning to travel on your own or just want to make the most of your hometown perambulations, this book provides a meditative tool kit for making the most of your own inner world.

Celebrate Spring With Egg Dishes From Around The World 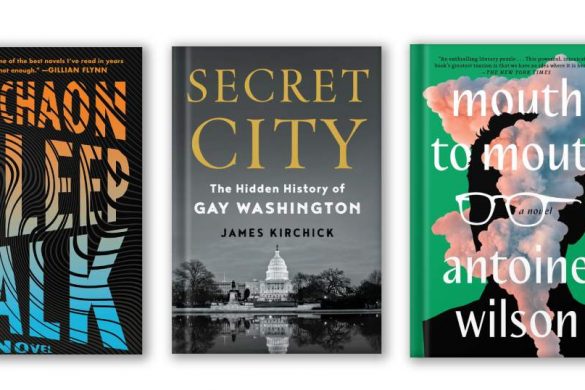 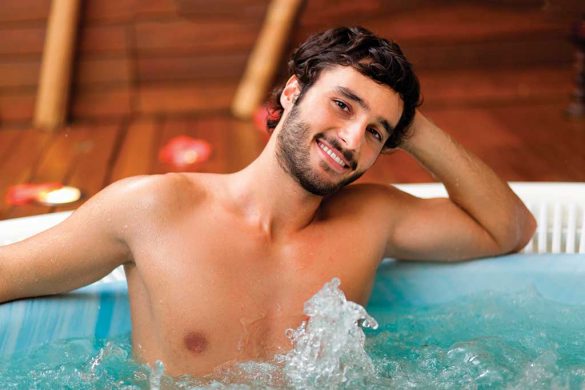 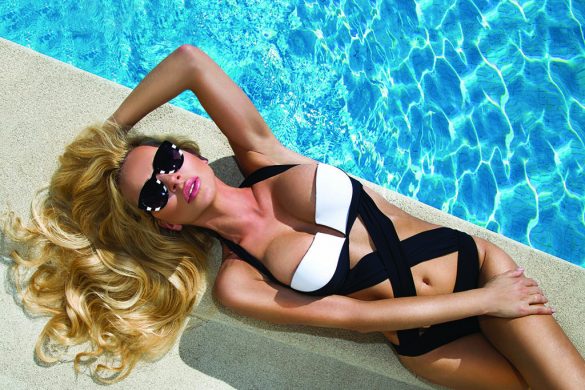 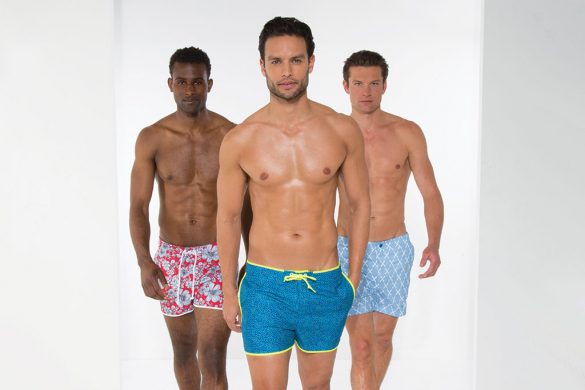 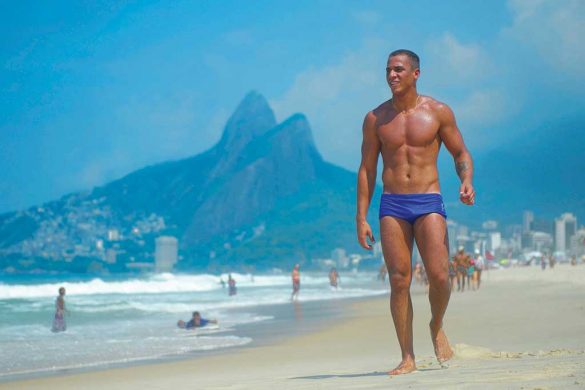 How To Be Swimwear Ready Every Day Of The Year 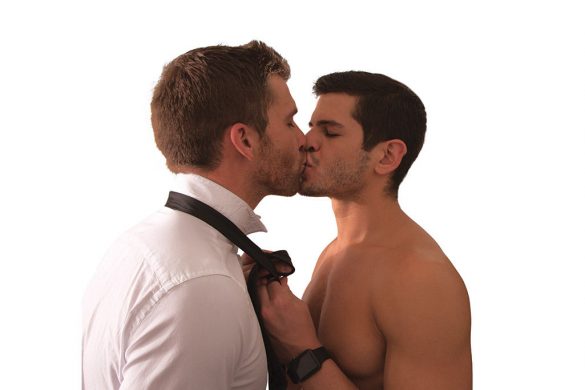