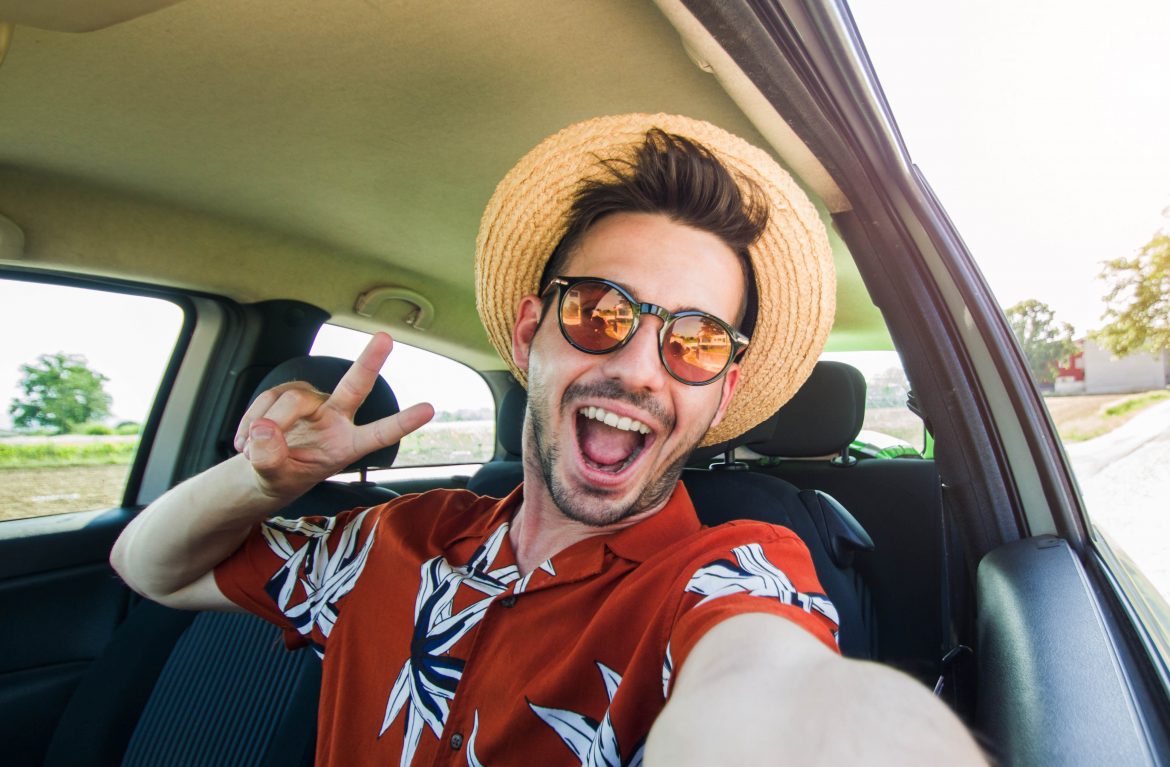 The next time you’re cruising through California, why not stop at one of these truly engaging roadside attractions?

Road tripping is easily 2020’s hottest travel trend. It’s socially distanced, it’s fun, and it puts you in control of your journey. One of the absolute best parts of a road trip is being able to see the genuine beauty of your surroundings. From the stunning glory of nature to unbelievable roadside attractions, California is one of the best places in the USA to take a road trip.  NetCredit put together a list of the most underrated places to visit in the Sunshine State. We’ve taken seven of the most amazing entries and compiled them into a list. So, the next time you’re cruising through California, why not stop at one of these truly engaging roadside attractions? 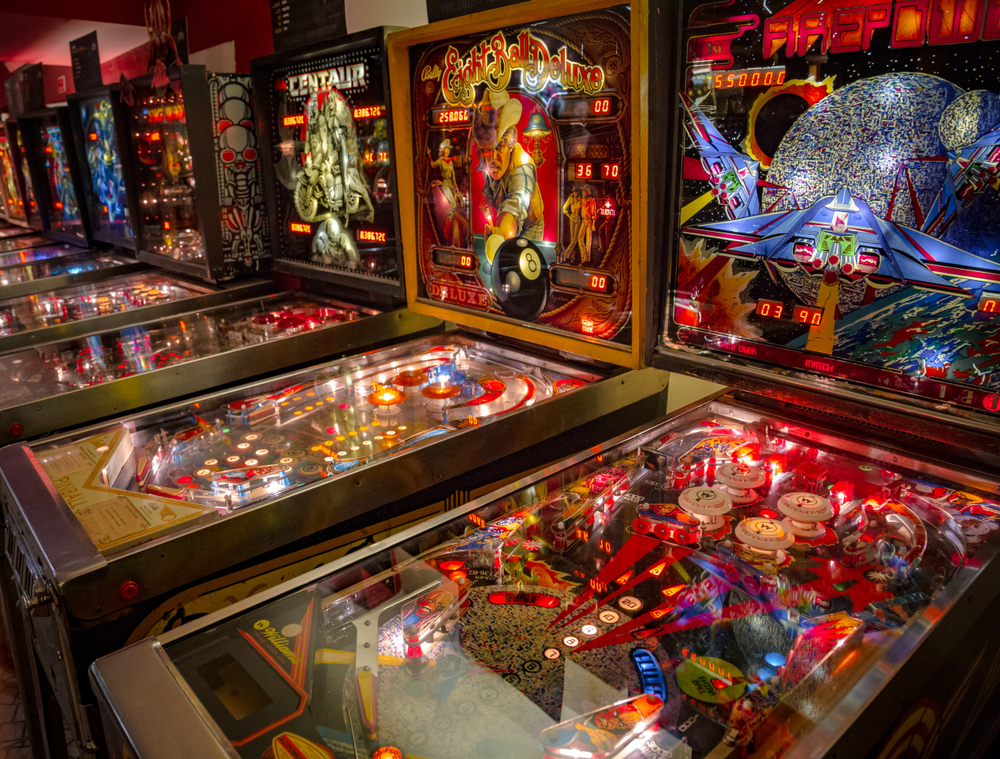 Halfway between Los Angeles and Palm Springs sits the small town of Banning, California. And while it may seem unassuming, the town actually holds the world’s largest arcade, called the Museum of Pinball. The facility holds over 1,100 machines, including both pinball and arcade games. The collection spans from vintage classics to new high-tech marvels. The best part? All the machines are playable! It’s just as much an arcade as it is a museum. It’s the perfect stop for anyone who loves retro gaming. 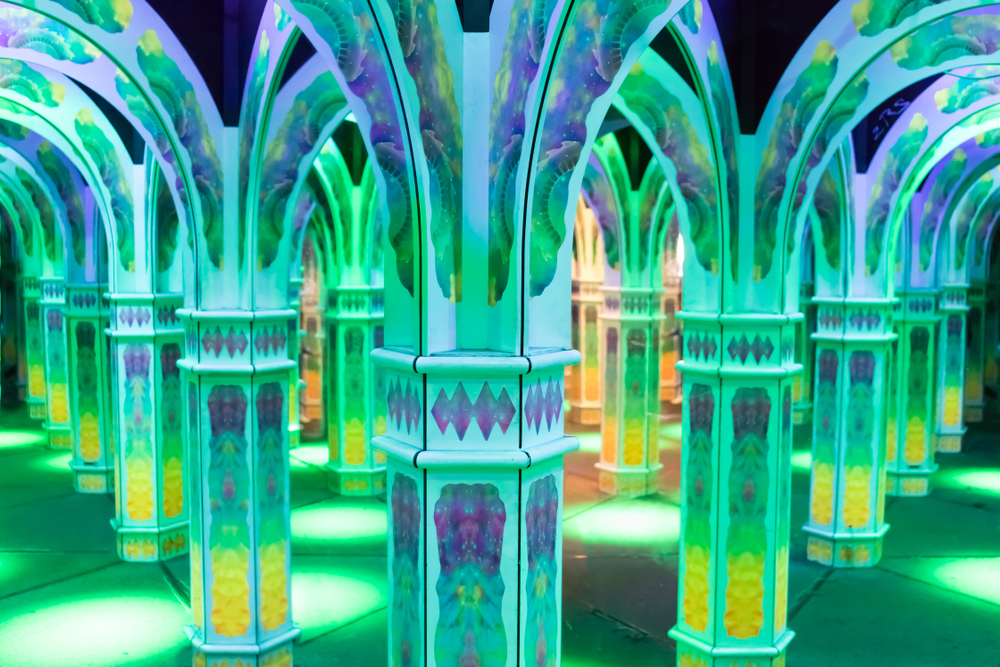 Is there any roadside attraction more quintessential than a creepy hall of mirrors? To some, it may seem like an exciting adventure, and to others, it may seem like the setting for a horror movie. But either way, it definitely makes people feel something. Magowan’s is the kind of place so crazy, it needs to be seen to be believed. In fact, SF Weekly even stated, “it’s possibly the most psychedelic place one can legally reach within the city limits…” A visit to Magowan’s Infinite Mirror Maze is sure to be an experience you’ll never forget.

Monopoly in the Park 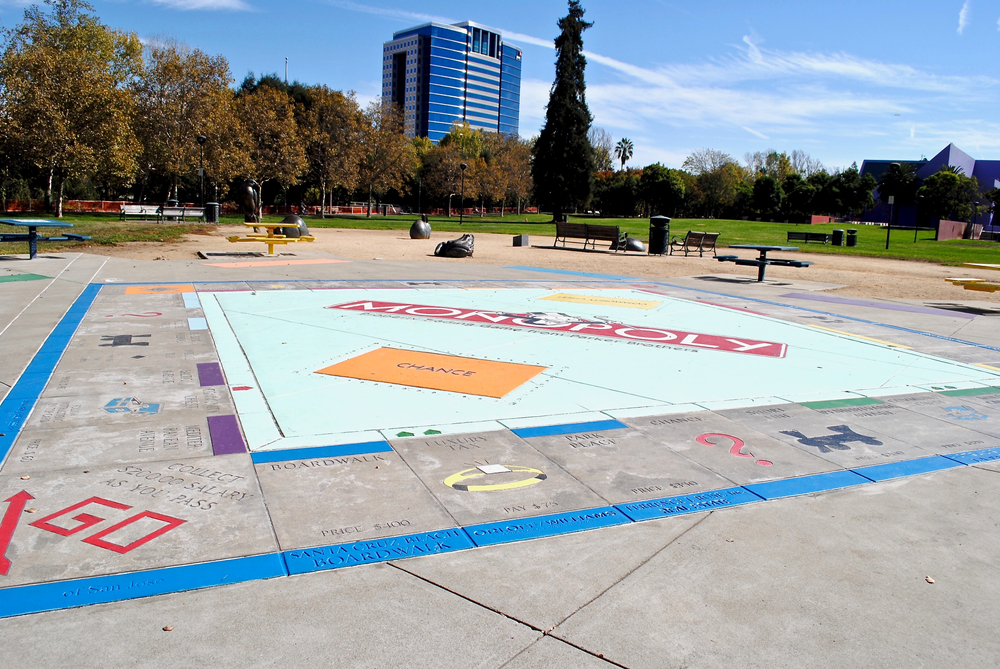 Speaking of quintessential roadside attractions… what would a list be without a Guinness record-holding oversized object? That’s right, the monopoly board in San Jose’s Discovery Park is the bonified largest monopoly board on the planet. We all know how Monopoly games can go on for hours upon hours…so why not soak up some of that California sun while you play? 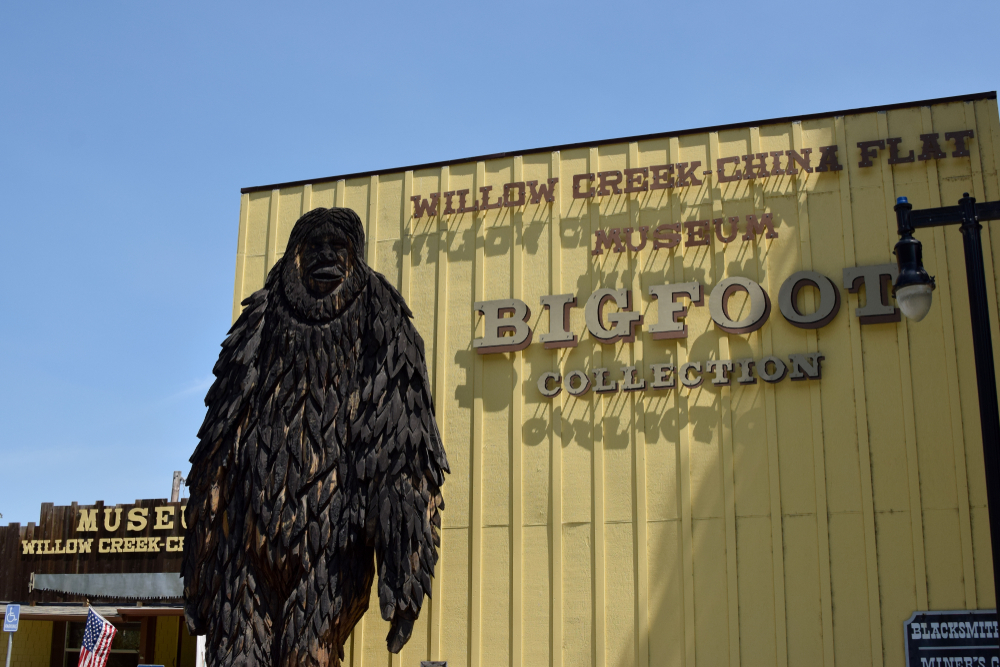 Back in 1967, two men who were horseback riding through the forest came across something truly unbelievable. They whipped out their video camera and began recording what became known as the “Patterson-Gimlin film”. This footage of an alleged bigfoot changed the world overnight. Before long, counties in California were receiving hundreds of alleged bigfoot sightings each day.  Cryptozoologists (those who study animals that may or may not exist) have been visiting Willow Creek ever since. The museum is home to casts of footprints, newspaper clippings, life-size bigfoot replicas, and more. Whether you’re a believer or not, it’s certainly a unique experience. 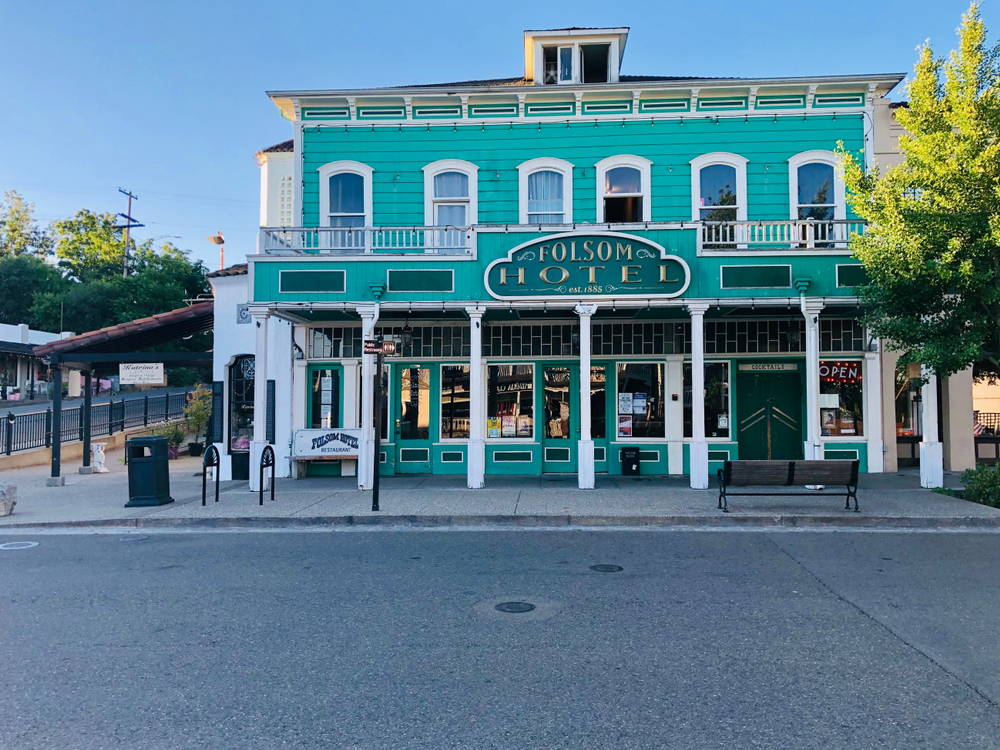 Folsom, California was once just a typical small town outside of Sacramento. Then, Johnny Cash released his single “Folsom Prison Blues” in the 1950s, and then recorded his world-famous live album,  At Folsom Prison from inside the prison’s cafeteria in the 60s. From then on, Folsom was associated with music and the arts. From Johnny Cash fans making yearly pilgrimages to the Folsom Prison Museum, to a new generation of artists who moved to town in hopes of finding inspiration, the city is experiencing a complete renaissance…all thanks to The Man in Black. Nowadays, the town is home to galleries, live music, and miles of hiking and biking trails. 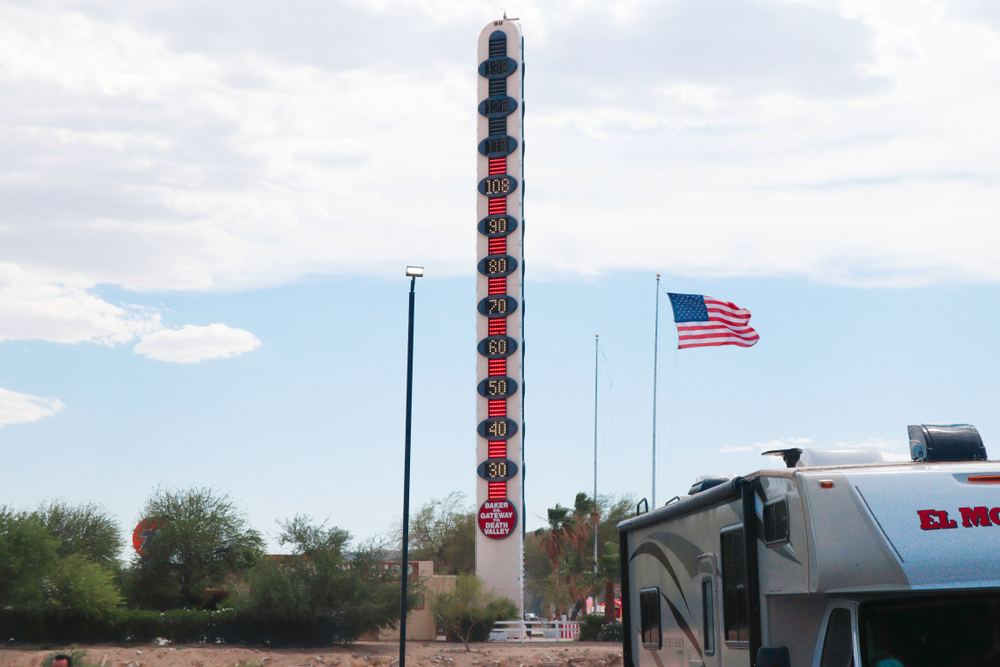 For anyone making a trip through Death Valley, a visit to the world’s tallest thermometer is a must. The 134-foot landmark was built to commemorate a famous day in history – July 10, 1913. On that day, Death Valley hit 134 degrees Fahrenheit (56.7 C) marking the hottest temperature ever recorded on the entire planet. Now, anyone driving through the world’s hottest place can be gleefully reminded of just how hot is simply by looking at the thermometer’s massive analog display. 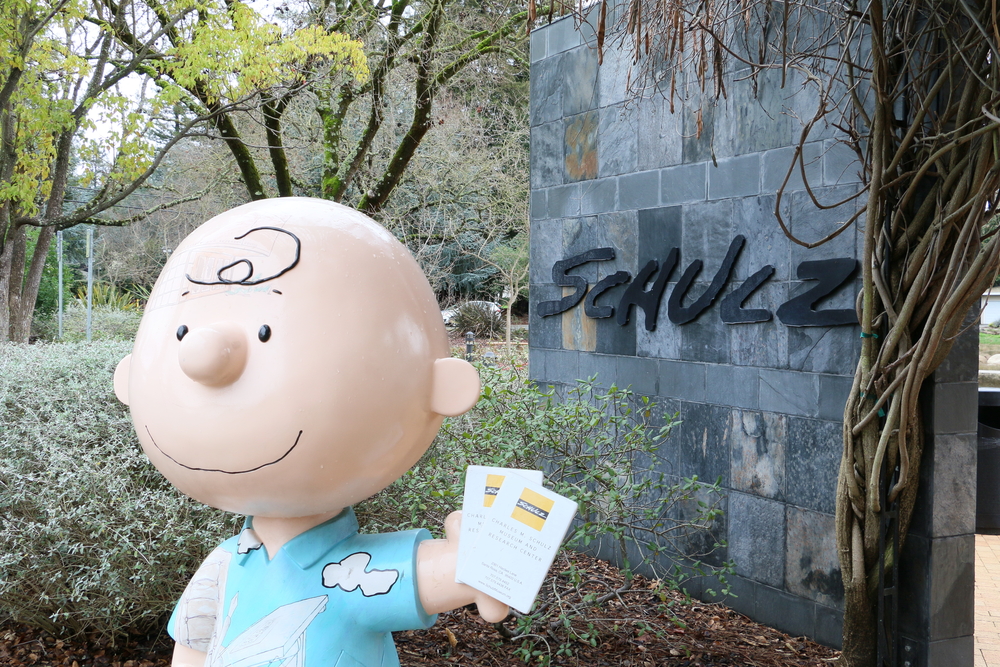 The Charles Schulz Museum, dedicated to the creator of the popular Peanuts characters, is filled with wonderful surprises, from children’s art classes to exhibitions about feminist representation in the comic strip, and even Snoopy’s connection to NASA. Although the museum is somewhat unknown, it’s a fascinating destination for anyone looking for an unexpected and enjoyable experience into the wonderful world of Charles Schulz. 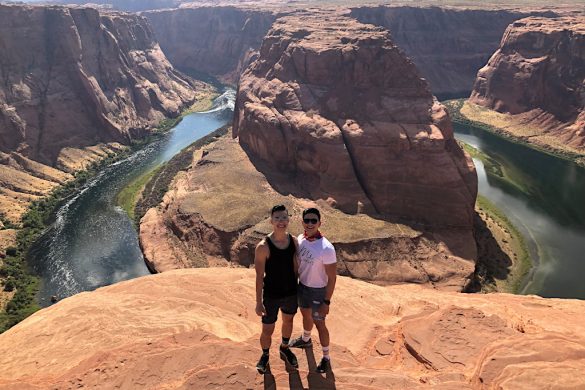