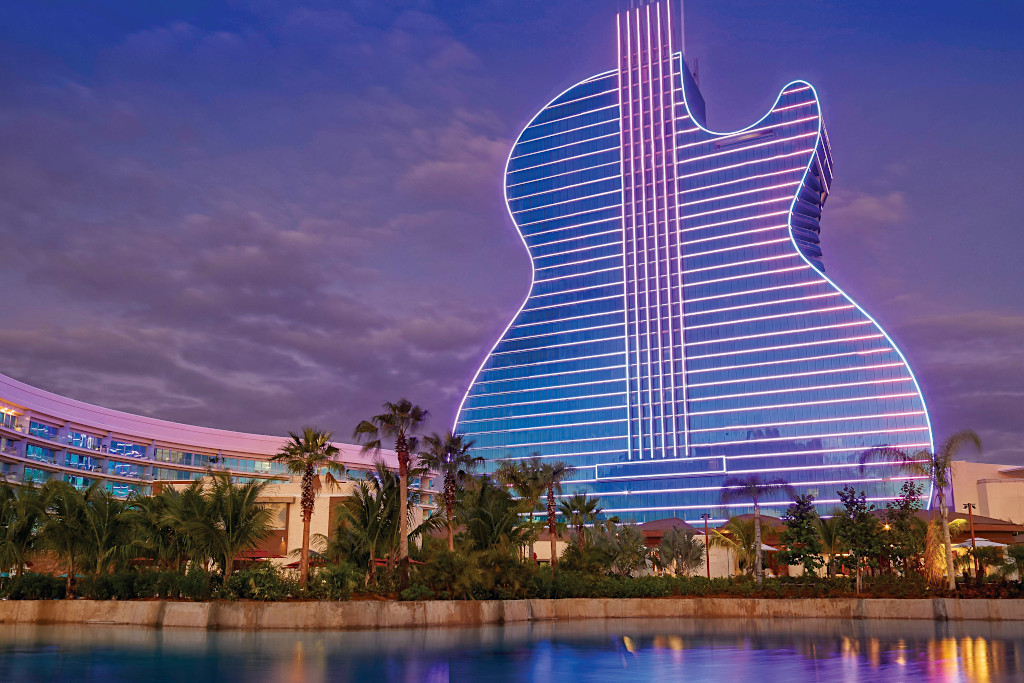 As revenues skyrocketed, their high decibel hamburger haven soon evolved from a restaurant into “a cultural phenomenon based on music.”

In February 1970, just before my fifth birthday, we relocated from Los Angeles to London for my father’s career. One adjustment we had to make was getting used to the famously bad cuisine, Wimpy hamburgers included. Dating to 1934, the Chicago-based company had expanded to the United Kingdom in 1954. Lost in translation, though, was the product, a mealy abomination that affirmed the popular joke that “the chefs in hell are British.”

Succulent salvation came soon after our arrival, from Chicago no less. Then 22, Peter Morton, of the Morton’s Steakhouse family, opened a hamburger restaurant called the Great American Disaster. Minutes from our flat, the Chelsea location was our instant go-to.

I have great memories of the food and of the rocking vibe. The place was a hit with Londoners and even inspired an imitator, the Great British Success. Then Morton met Tennessee native Isaac Tigrett, and the entrepreneurial expats began formulating plans for an adapted hamburger concept aimed at disrupting the prevailing snobbery of the time.

In Britain, they observed, there was “no place where a banker and a baker could commune.” Purposefully choosing London’s ritziest neighborhood, Mayfair, for the location, they created a brash Americana-filled “Tennessee truck stop” in a former Rolls Royce showroom across the way from Buckingham Palace. Opened in June 1971, their Hard Rock Café and governing motto of “Love All-Serve All” struck a power chord that resonates to this day.

We were regulars there too, along with locals, tourists, and celebrities, including The Beatles. After waiting out the line to get in, it was like having a front-row seat at a rock concert with a backstage pass. The venue was loud, boisterous, and the music memorabilia on the walls, including guitars from Eric Clapton and Pete Townshend, stirred my imagination to no end. Tigrett, an avowed “groupie,” courted his industry connections to build the brand-signifying collection, which now exceeds 83,000 A-list acquisitions displayed at locations around the world.

The rock and roll powered Hard Rock’s class-conscious mission consisted of “not exploiting culture but earning the right to represent it.” As revenues skyrocketed, their high decibel hamburger haven soon evolved from a restaurant into “a cultural phenomenon based on music.”

The partners eventually went their separate ways, with Tigrett later founding House of Blues. Their visionary brand, meanwhile, has since evolved into an unstoppable force. Acquired by the Seminole Tribe of Florida in 2007, Hard Rock International (Hard Rock) today encompasses owned, managed, and licensed hotels, casinos, rock shops, and cafes in 76 countries spanning some 256 locations around the globe. Celebrating its 50th anniversary in June 2021, Hard Rock serves more than 120 million customers each year and enjoys enviable global recognition. Surveying eight key markets around the globe in a 2018 commissioned study, leading consultancy Egg Strategy found that 82 percent of the world “knows and thinks favorably of Hard Rock.” The brand was also ranked number one in J.D. Power’s 2019 North America Hotel Guest Satisfaction Study in the upscale hotel category, which measured 85 different hospitality brands for guest satisfaction, advocacy, and loyalty.

Dale Hipsh, Senior Vice President of Hotels, is emblematic of the proud and impassioned leaders behind Hard Rock’s enduring appeal.

“My early Hard Rock touch points were also as an expat traveling overseas,” shared Hipsh, who grew up in the Florida Panhandle. “The Americana, cheeseburgers, and rock and roll were wonderful.” 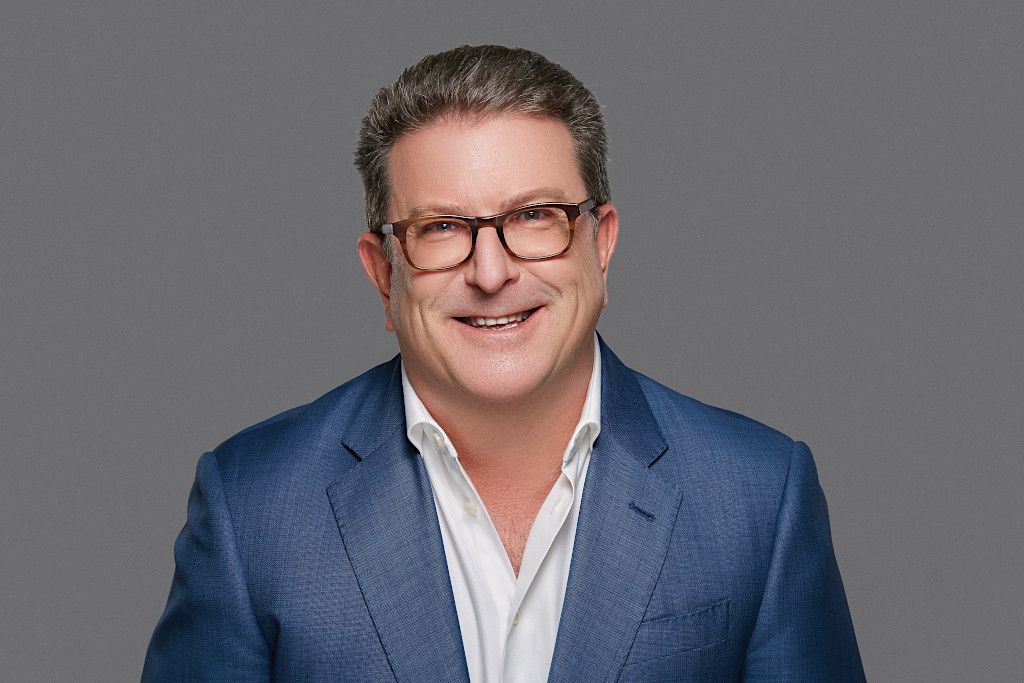 Following two decades of operational and management experience at hospitality leaders including Hyatt Hotels and Ritz-Carlton, Hipsh joined Hard Rock in 2002 as vice president of operations. In that role, he was part of the elite opening team for Seminole Gaming’s Hard Rock Hotel & Casino flagships in Tampa and Hollywood, Florida.

The opportunity came through his professional and personal bond with Hard Rock International Chairman James “Jim” Allen, with whom Hipsh had opened the massive Atlantis Resort & Casino in the Bahamas in the mid-90’s. Allen, who also serves as CEO of Seminole Gaming, was the driving force behind the tribe’s remarkable winning bid for Hard Rock over some 72 competitors.

“Jim graciously let me play with the band, and the rest is history,” said Hipsh, who would later open a dozen Hard Rock properties from conceptualization to completion around the world as vice president of hotel & casino operations development. Promoted to his current position in 2017, he circles the globe in support of Hard Rock’s continuing expansion.

For a lifelong student of history and cultural origins who grew up on James Michener novels, the role gets Hipsh’s own purposeful heart pumping.

“Along with the set pieces, we create a localized identity for each project,” said Hipsh, whose recent engagements include new Hard Rock hotels in Malaysia’s Desaru Coast; Shenzhen, China; and Ibiza, Spain. “Understanding the musical tastes, cultural taboos, ceremonial traditions, and other standards in each given market, and then figuring out how to curate these elements for local fit and customer appreciation is a fantastic part of my job.”

But the process can be complicated. “Each culture, community, and consumer comes with unique wants, needs, and expectations of Hard Rock,” continued Hipsh. “Many Chinese, for example, believe that music history began with Michael Jackson. They may not know of The Doors, The Grateful Dead, or other bands that predate the Cultural Revolution. Governing culture makes Malaysia a necessarily more cautious undertaking than Spain, where we are also opening in Madrid. But Hard Rock was never a one-hit wonder, and I love the brand’s courageous commitment to continually learn, evolve and grow.”

He is equally proud of how Hard Rock has “broadened and in some instances deepened” its original social purpose in the spirit of “Love All-Serve All” and the other founding mottos of “All Is One”, “Take Time To Be Kind” and “Save The Planet”.

Complementing and amplifying this brand pillar is the like-minded ethos of the 4,200-strong Seminole Tribe, which launched the first Native American casino in 1979 on the values of “integrity, respect, and accountability.”

Signature programs include Women in Leadership. Aligned with the matrilineal culture of the Seminoles, who elected Betty Mae Jumper as the first female Chair of a North American tribe in 1967, the initiative supports the rise of women to senior management positions. Forbes recognized Hard Rock International as one of America’s Best Employers for Women these past two years, and one of America’s Best Employers for Diversity this year.

“All Is One” naturally embraces the LGBTQ+ community. Signature collaborations include Hard Rock’s global partnership, since 2013, with the Mercury Phoenix Trust, the UK-based charity created in Freddie Mercury’s memory by Queen bandmates Brian May and Roger Taylor and manager Jim Beach to support the global fight against HIV/AIDS.

For Hipsh, who is devoted to action on behalf of the LGBTQ+ community, Hard Rock’s culture has been a revelation from day one.

“As a teenager, I pledged to become a man of integrity. I wanted to be known for doing good. Yet, I encountered many glass ceilings on my way up professionally.” Not so at Hard Rock.

“Jim Allen and the Seminole tribal leaders share a deep sense of loyalty and commitment to people that is infused throughout the organization,” he said. “And from my participation in GLAAD fundraisers to advocacy for the Fort Lauderdale LGBTQ+ community at large, that includes their blessing of my outside efforts.”

His influence includes serving on the Board of Trustees for the Orlando-based onePulse Foundation, established by Pulse Nightclub owner Barbara Poma following the June 2016 shooting tragedy.

“With its strong entertainment and hospitality base, Orlando was already a major pivot point for partnerships and giving,” said Hipsh, who lived just blocks from Pulse and was awakened by police helicopters responding to the scene. “That connection only deepened as the entire community came together and showed the world the truly special and inclusive character of the city. Personally, I had never felt so loved and accepted, including the honor of being invited to join the august leaders of the onePulse board.”

His participation includes serving on the committee for the design and construction of the National Pulse Memorial & Museum in Orlando, which is projected to open in 2022.

“Basing their approach on other national tragedies, Barbara and her advisory council resolved to create a deeply meaningful tribute with lasting impact,” explained Hipsh, who brings his expertise in building hotels to the project. “The widespread embrace of this vision, which includes legacy scholarships and educational programs, is way beyond our expectations.”

Exceeding the norm, too, is the support from Hard Rock. “At my level, you don’t just represent another entity without the express permission of your own organization. Hard Rock’s backing of my efforts and the community is bold and touching beyond words. And that includes the remarkable philanthropy flowing out of our new corporate home in South Florida, where the Seminole Hard Rock Hotel & Casino in Hollywood is center stage for wide-ranging community events.”

Featuring the world’s first guitar-shaped hotel tower, the property presents annual celebrations such as the Diversity Honors gala benefiting the Harvey Milk Foundation and The Pride Center at Equality Park of South Florida, and holiday concert by the renowned Gay Men’s Chorus of South Florida. This F ebruary, the ven ue hosted a celebrity runway fashion show to kick off Pride Fort Lauderdale. Festivities are also planned for the inaugural Pride of the Americas festival, which was postponed because of COVID-19.

Last year, the Hard Rock Hotel & Casino Atlantic City, which was named the “2019 Casino of the Year” at the company’s annual Hotel & Casino Awards, was a participating sponsor in the June 2019 Philly Pride Parade and Festival. “It’s important for our property to take a leadership role and celebrate diversity with the city of Philadelphia alongside our fantastic team members,” stated Joe Lupo, president of the destination resort. More than 50 employees accompanied the property’s float, including a gay couple who got engaged at the parade.

“I believe that you end up where you belong, and that being a good person has gifted me with this role,” said Hipsh. “I am thrilled by who we are, what we do, and why we do it. When you live by mantras like “Love All-Serve All” and All Is One”, only good can follow.” 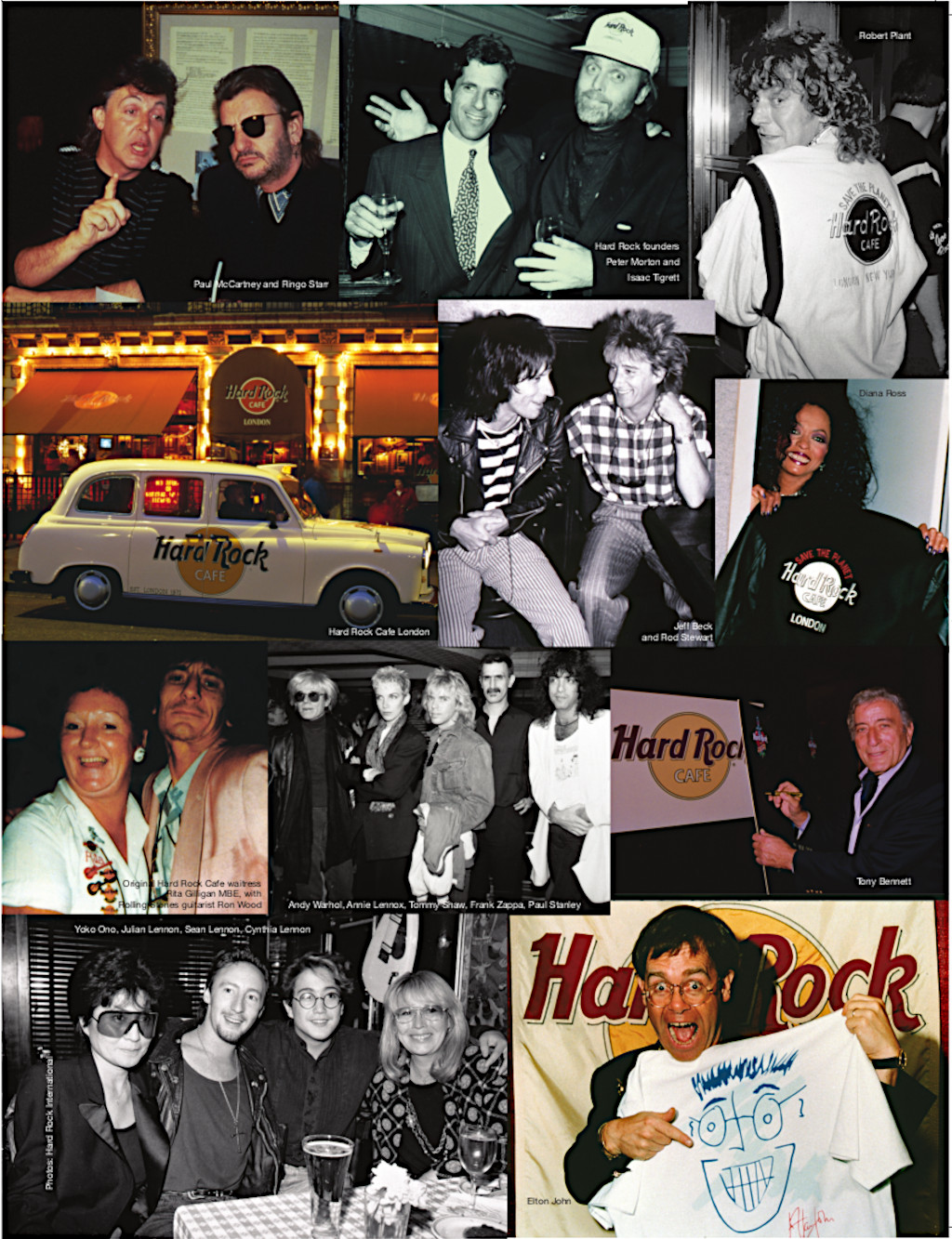 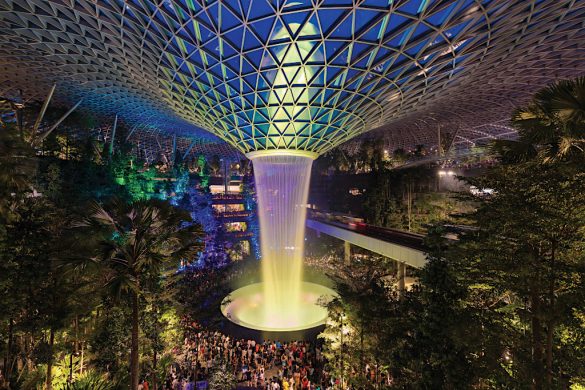 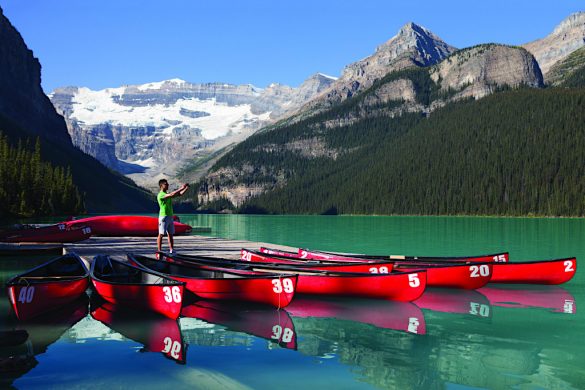 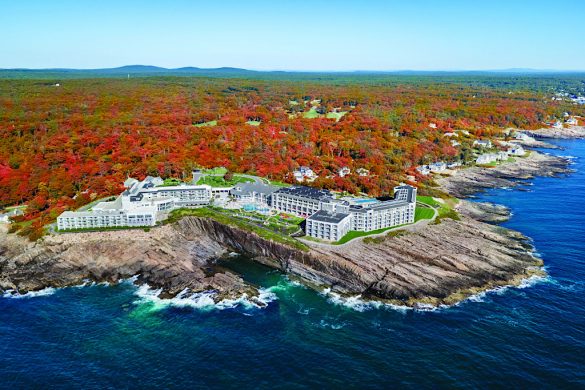 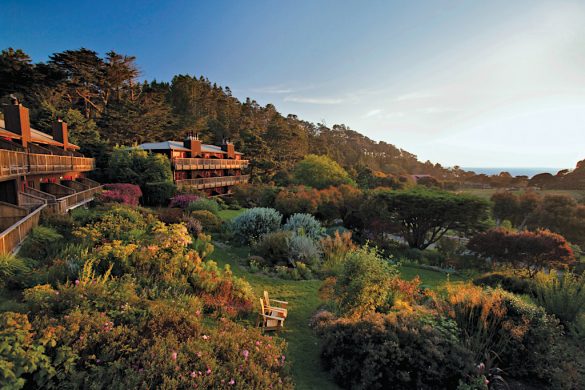 Dreamscape: The Stanford Inn by the Sea, Mendocino County