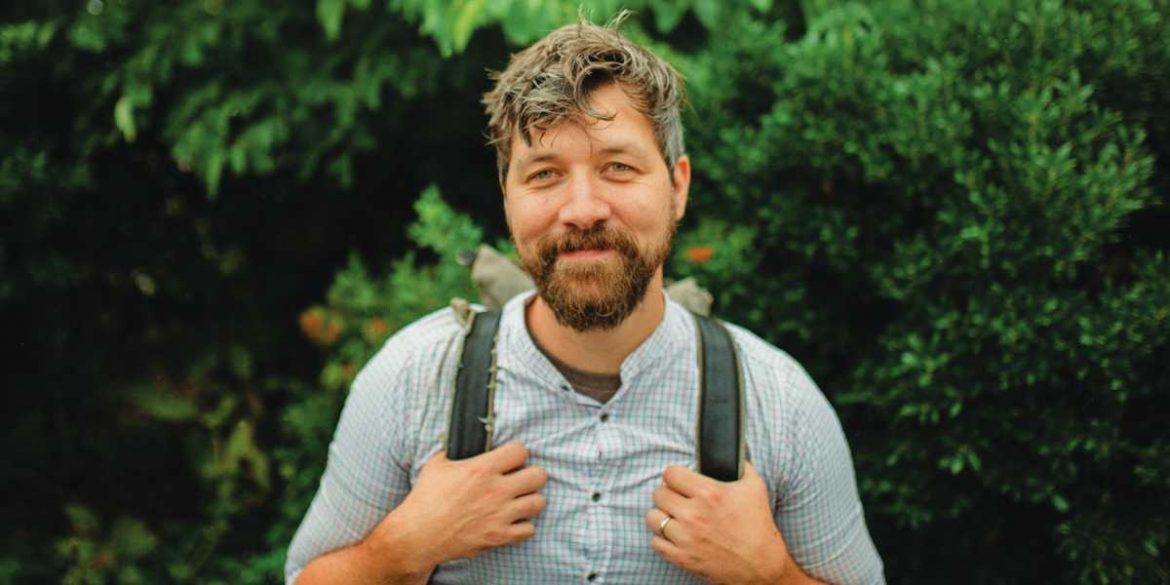 “In terms of awakening my wonder and curiosity, my seminal experience was visiting the House on the Rock at age 12.”

Guided tours are also part of their diverse content. “During the pandemic, which froze our global trips program, searches of our database spiked,” says Thuras.

Dylan Thuras is co-founder and creative director of Atlas Obscura (atlasobscura.com), the definitive guide to the world’s hidden wonders. Growing up, family road trips and teenage urban explorations indelibly mapped Dylan Thuras’s view of the world. “We went on these sprawling excursions around the Midwest and into Canada,” recalls the Minnesota native. “In terms of awakening my wonder and curiosity, my seminal experience was visiting the House on the Rock at age 12.”

Located in woodsy Spring Green, Wisconsin, the landmark is among the nation’s most quixotic sites. In the 1940’s, Alex Jordan, a wayward spirit going from job to job, discovered a 60-foot-tall chimney of sandstone called Deer Shelter
Rock, where he frequently picnicked and camped. After a storm blew away his tent, Jordan, helped by his parents, decided to purchase the 240-acre site. Carrying materials up himself, he constructed a house with 13 thematically connected rooms atop the rock. 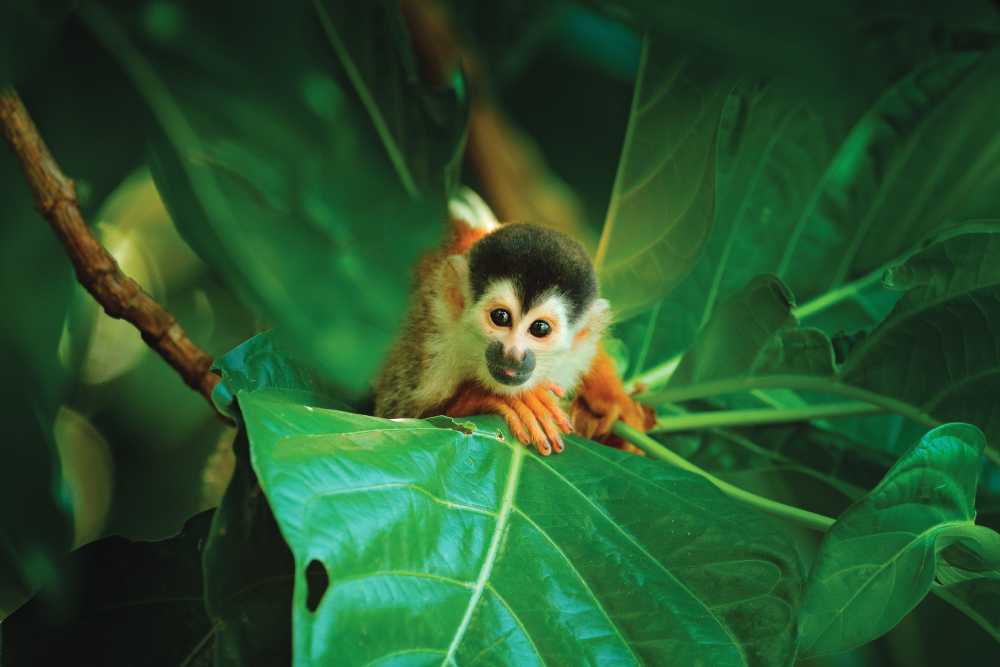 When curiosity seekers showed up, Jordan charged them 50 cents as a deterrent. Yet still they came, in droves, and in 1960 he turned his retreat into a public attraction. “One thing just sort of led to another” for this avid collector, and he then expanded the complex over time to house his fantastical horde of exhibits.

It takes at least five hours to tour the property and see a myriad of mind-blowing displays such as the world’s largest carousel, the 200-foot-long sea creature, and the counter-balanced glass-bottomed Infinity Room with 3,000-plus windows that juts 218-feet out over the verdant valley below.

For young Thuras, “that endlessly unruly assemblage, following no other rules than a deeply personal aesthetic, and obsessive, organizational principles, spoke to the budding maximalist in me.” As a teenager in Minneapolis, he was also possessed by abandoned industrial structures.

“It was a different way of experiencing Minneapolis, recasting the city as a realm of exploration and alternate possibilities,” he says. “Seeing graffiti high up on building exteriors stirred my imagination to no end. In the physical, spatial landscape and metaphorically, in terms of peeling back the layers of when, why, and how structures were built and what became of them, the city became this multi-layered puzzle for me to solve. All of that informed my approach to thinking about the world.”

After graduating from Vermont’s Bennington College in 2004, Thuras worked in film as an actor and editor. In 2006, he discovered an anonymously written blog that would reconnect him with his childhood passion and put his career on a dramatic new trajectory.

“Named for a little-known 17th century German Jesuit polymath, or person of wide-ranging learning and knowledge, the blog, ‘The Proceedings of the Athanasius Kircher Society’ documented historical curiosities such as Swedish botanist Carl Linnaeus’ “floral clock” of flowering plants that opened and closed at set times of the day and year.” Thuras thought this was “more spiritually satisfying” than the Paris Hilton documentary he was working on at the time. “The author was advertising for help planning a live event celebrating what Kircher would find interesting today, so I replied and landed an interview.”

Meeting Joshua Foer, a freelance journalist specializing in scientific content, was “a little intimidating” at first. Yet he found a kindred soul in Foer, who was then writing Moonwalking with Einstein: The Art and Science of Remembering Everything, his 2011 bestselling book detailing his yearlong experience training for, and winning, the 2006 United States Memory Championship. In college, Foer had experienced his own travel epiphany on a meandering two-month drive around the U.S.

“As I later learned from Josh, I was the only person who answered his request for help,” he shared with a laugh. “But we hit it off, and after co-producing the live Kircher event, we began discussing ideas for our next project together. Since my wife Michelle and I were about to take off for a year in Budapest, we formulated the idea of a travel-based ‘Encyclopedia of Wonder’ about the most amazing places in the world.”

The couple had originally planned to live in Budapest and teach English as a second language. Instead, they devoted much of their time to venturing around Europe and honing their travel journalism skills. Through their blog, Curious Expeditions, they documented their discoveries in a more contextual and referential framework, focusing on aspects such as historical significance, little-known or overlooked details, and “the uncertainty and serendipity of venturing along less-carved lanes.”

The year abroad was life-changing. Visiting wax anatomical museums, ossuaries, natural history museums and other esoterica only broadened Thuras’ sensibility about the unrealized possibilities of exploration and discovery.

“I started questioning why the wonder cabinet approach was out of bounds when applied to travel,” he said, referring to the historic European practice of filling rooms and other household spaces with natural and manmade oddities and curiosities. “Why should we not celebrate the quirky little museum, the cemetery, the abandoned places and other inventive, unusual moments that surprise and delight when you share them with others?”

Continuing, he explained that “Josh and I viewed traditional travel media websites and books, which overlooked or even excised these niche mysterious subjects that we loved, as boring and broken. You know, follow the leader to Tulum, talk and write about it until it’s a nightmare for everyone who goes there, locals included. We saw this internal and external pressure that pushes people to have these formalized, top ten, bucket list, experiences that end up being frustrating and dissatisfying.” 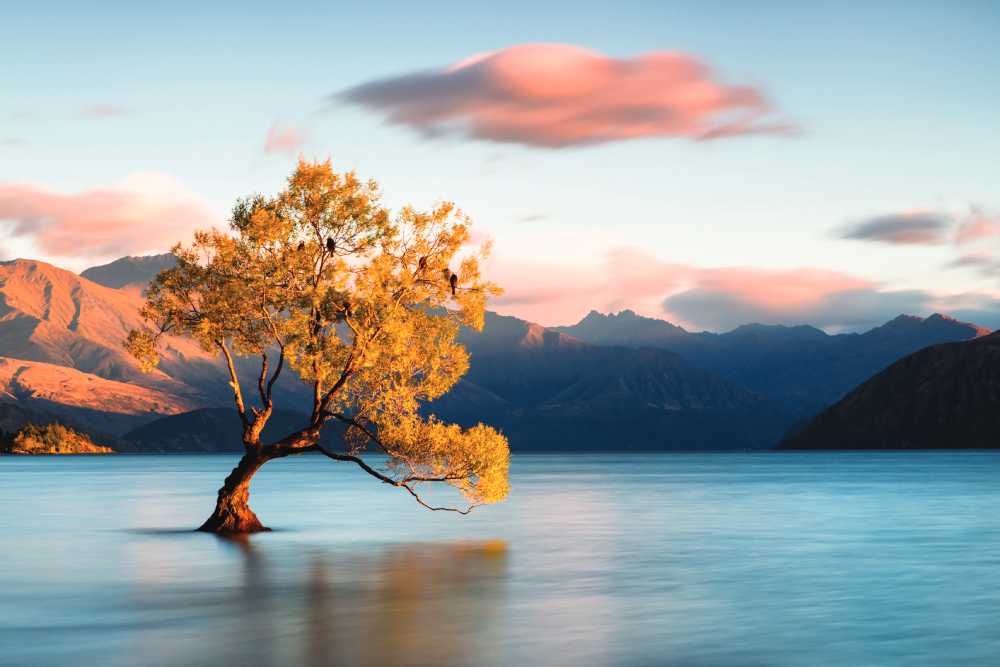 For Thuras, the idea of standing in line for hours for that photo-op or Instagram post of hyper-popularized spots such as the blue-domed churches of Santorini, Greece, the ceiling of the Sistine Chapel, the Troll’s Tongue rock in Norway, or the height of mass tourism absurdity, the summit of Mount Everest. “takes away the magic and the surprise and the serendipity. While the consumptive and performative version of travel as backdrop does attract people to more interesting places, it is ultimately corrosive.”

Josh stayed in constant contact while Thuras was abroad, and the pair drafted a plan for an online user-generated travel guide, edited by Thuras, that would weave together the threads of roadside attractions, urban archeology, wonder cabinet curiosities, and other arcane explorations.

“Our original vision was an art project that sought to answer our own question about the hidden side of travel,” said Thuras. “We named it Atlas Obscura and launched in 2009.”

Their test case did not take long to find other kindred spirits. “We soon knew that we had a sizeable audience of people who wanted to be surprised and amazed by travel,” he continued, “and things just took off from there.”

Growing from a six-person operation with a few thousand visitors to a 60-plus person team, Atlas Obscura today has millions of global members and attracts seven million plus unique readers a month to its ever expanding community-driven site. The House on the Rock, one of 22,000-plus listings to date, exemplifies the magic in store. Another is the Darvaza natural gas crater, or “Gates of Hell.” Created by an industrial accident in the 1970s, this giant flaming hole in the Turkmenistan desert is a classic Atlas Obscura reveal. Book now before it’s too late—the Turkmenistan government announced plans this year to finally extinguish the blaze.

Guided tours are also part of their diverse content. “During the pandemic, which froze our global trips program, searches of our database spiked,” says Thuras. “People were clearly planning future travel and we are now seeing major pent-up demand. We have already sold more trips in 2022 over 2019, our prior best year.” 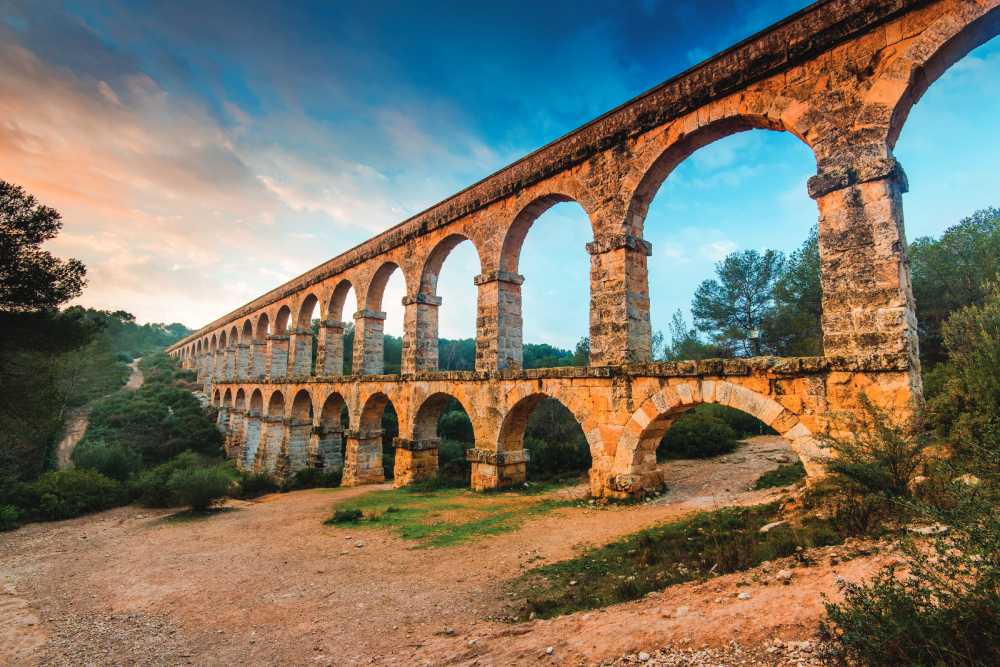 Featuring seven brand-new itineraries, the 2023 line-up of category-driven experiences, which include Art & Culture, Food & Drink and Wildlife & Nature, promises to expand the world for travelers in new and exciting ways. Highlights include ten days in Peru exploring 16 ancient Incan locations, including Machu Picchu and one of the last surviving Incan Rope Bridges. Foodies can explore the hidden side of Barcelona and unusual finds in the Catalonian countryside on a nine-day “Feast for the Senses” adventure. Plus, nature escapes in New Zealand, Costa Rica, Nova Scotia, and more.

The Atlas Obscura team also devoted downtime during the Covid-19 pause to expanding online courses, launching the top-ranked Atlas Obscura Podcast, and introducing a new members-only section with enhanced content such as “illegal LEGO brick-bending moves.” Plus, the big news of a partnership with the Los Angeles Tourism & Convention Board.

“Having done prior video and marketing work with the L.A. Tourism team, we are excited about this latest collaboration, which produced a set of reimagined and innovative destination marketing materials.”

And then there is the original database of self-guided experiences, which includes LGBTQ-themed listings. “We cover LGBTQ history and LGBTQ-focused travel experiences extensively on the site and are always looking for under-covered angles.” Examples include the Black Cat in L.A., scene of a pre-Stonewall protest against police brutality in 1967, and Bloodroot Vegetarian Restaurant & Bookstore in Bridgeport, Connecticut, founded on feminist principles in 1977.

With successes to date including three New York Times bestselling books with more than a million copies in print, including the number one-ranked Atlas Obscura: An Explorer’s Guide to the World’s Hidden Wonders; producing the top-ranked Atlas Obscura Podcast; and nominations for three National Magazine Awards, a James Beard Award, and three Webby Awards, what’s next for Atlas Obscura?

“Well, we did register AstroObscura.com as a domain name, but while offering many intriguing possibilities, space travel is not in our immediate future,” Thuras said. “Same goes for the metaverse, where GPS-aware audio tours are an interesting angle. But our bet is on the real world. During the pandemic, we observed a positive shift toward road trips, local travel, and outdoor settings. I’ll always make the case that anyone has a year’s worth of interesting and incredible discoveries within a 100-mile radius of where they live. Do the research, find the context, and be respectful. Travel is about adapting to wherever you go, not trying to bend it to your will.” 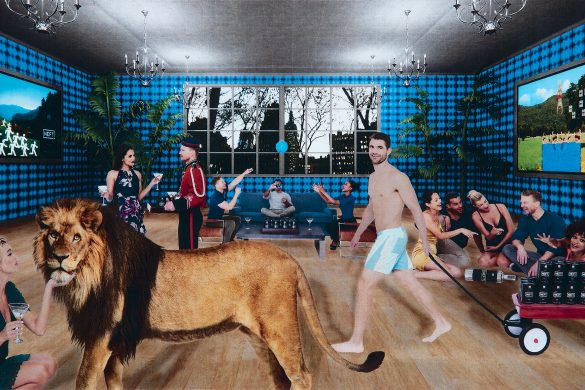 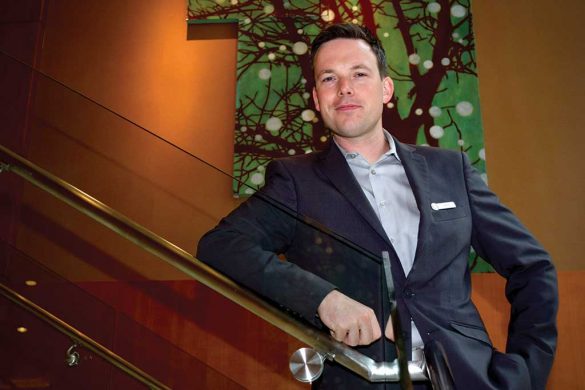 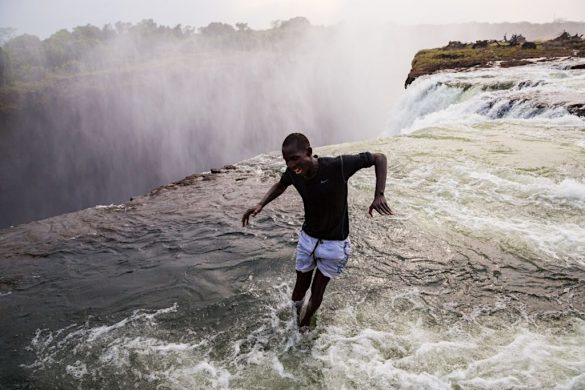 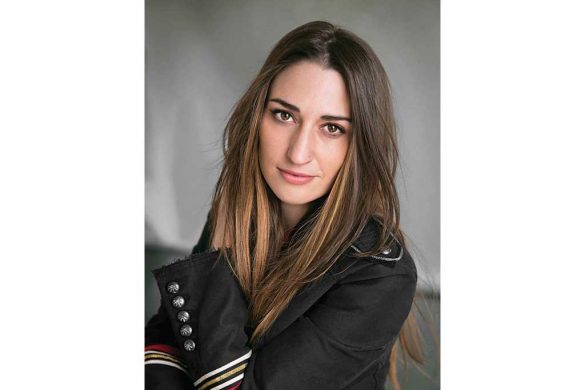