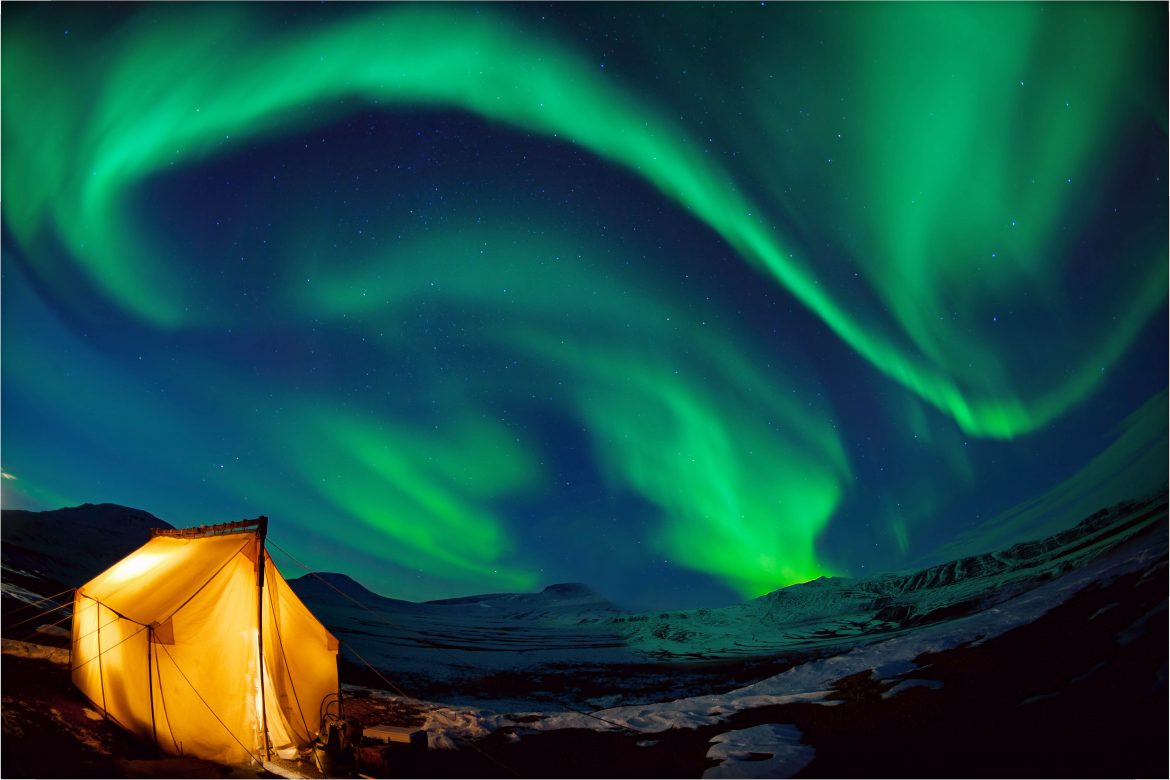 Come along as we take a journey to all four corners of the United States of America. From volcanic islands to frozen wonderlands, each of these destinations is beautiful, awe-inspiring, and full of adventure.

Hank Snow claimed that he’s been everywhere, from Reno to Dodge City. Jack Kerouac even wrote an entire novel about being On the Road, traveling all over the country. But how many Americans have actually been to the furthest corners of the nation…and how many even know where the furthest corners are? Come along as we take a journey to all four corners of the United States of America. From volcanic islands to frozen wonderlands, each of these destinations is beautiful, awe-inspiring, and full of adventure. Can you name the four corners of America? 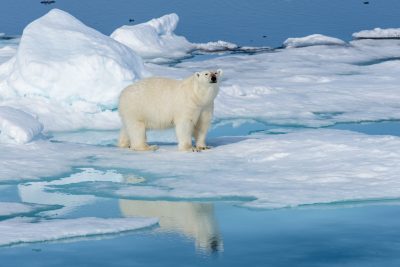 Cape Flattery in Washington state is the northwesternmost tip of the continental United States. However, we must remember Alaska, the largest state in the union. In fact, Alaska is so big that South Dakota, Nebraska, Colorado, and Kansas can all fit inside its boundaries. And at its northern tip, we have Utqiagvik, formerly known as Barrow, Alaska. The city is home to a little over 4,000 residents, many of whom are Alaskan natives.

Because of its extreme northern location, the sun sets in Utqiagvik on November 19th, and then doesn’t rise again until January 23rd. Conversely, in the summer, the sun rises on May 13th and doesn’t set again until August 2nd.

These extreme conditions contribute to a wonderful world that you can’t find anywhere else. From the midnight sun to the aurora borealis. From polar bears to walruses and snowy owls. They even have a fascinating museum, the Iñupiat Heritage Center, which tells the extraordinary history of the native Alaskan people. Lodging options include the King Eider Inn and the Top of the World Hotel, which also offers tours and experiences like sightseeing and the Polar Bear Plunge, where you jump straight into the Arctic Ocean! Access to Barrow is operated by Alaska Airlines, because there are no roads in or out of the town. 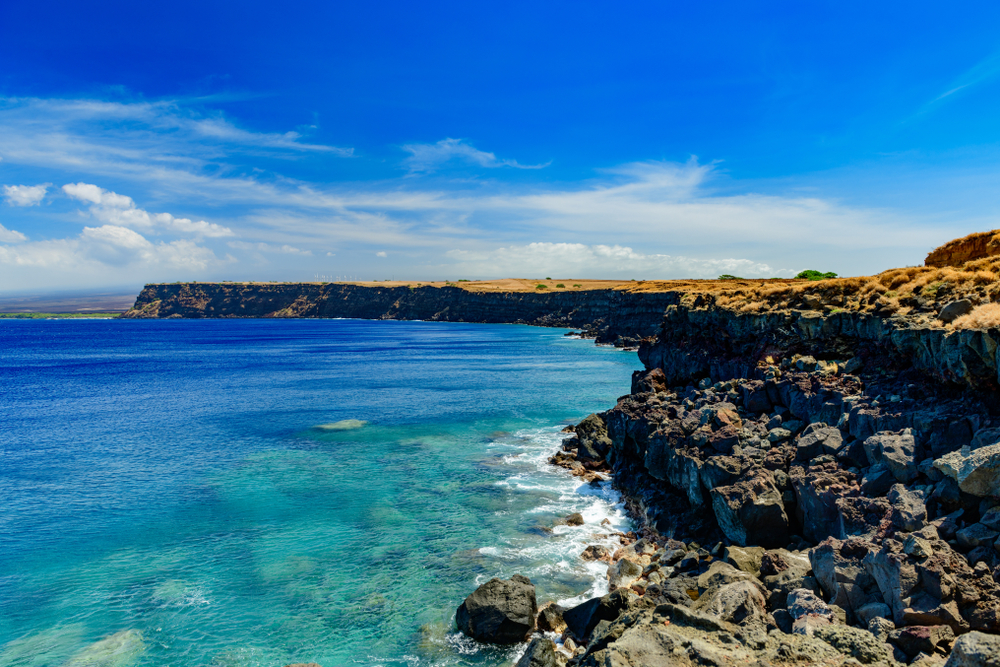 While many people think that Southern California is as far southwest as you can go, in reality, Hawaii is much further south and west. In fact, it’s over 900 miles south, and about 2,500 total miles from Los Angeles.

The westernmost main island you can visit is Ni’ihau, Hawaii’s “forbidden island”, called so because it’s a privately-owned Island, ran by the Robinson family. The island is also home to around 70 native Hawaiians, which visitors are not allowed to have contact with. The only way to visit is to partake in one of the Robinson family’s tours or safaris. 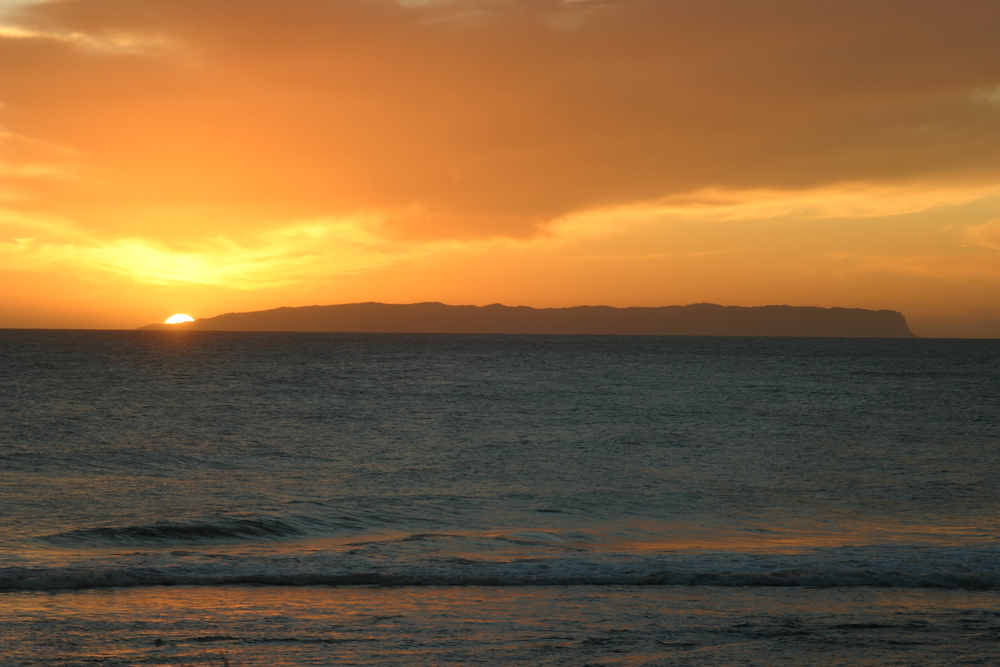 The southernmost point of Hawaii (and of all of America) is Ka Lae (South Point), on Hawaii’s Big Island. The area is made up of volcanic rock, the dried remains of the molten lava that once created all of the Hawaiian islands. Furthermore, it’s on the US National Register of Historic Places because this is the spot where Polynesians first arrived in Hawaii. There are even remains of ancient villages. The area offers great hiking, fishing, and breathtaking ocean views – in fact, if you were to head south from Ka Lae, you wouldn’t hit land again until you reach Antarctica.

If you get hungry, make a stop at the Hana Hou Restaurant, the southernmost restaurant in the USA. Enjoy Hawaiian favorites like BBQ pulled pork and the catch of the day, or diner staples like Reubens and tuna melts.

Lodging in Hawaii is plentiful and ranges from quirky B&Bs to the Ritz-Carlton, and even local favorites like the Royal Kona, which has been ranked as one of the best resorts in Hawaii. 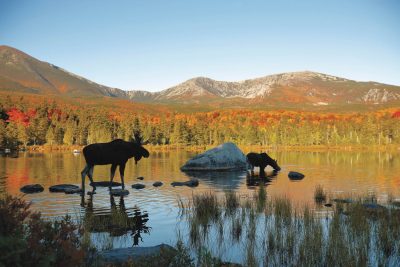 A visit to Maine is like a trip back in time, before human development altered the continent forever. Despite the state’s large size, it has a population of just 1.3 million. That means ample amounts of outdoor space and untouched wilderness. But don’t let its rural landscape fool you, the state as a whole is quite liberal. Domestic partnerships were legalized in 2004 and same-sex marriage was granted in 2012.

Maine is the most northeastern state in the union, and Aroostook County is the most northeastern point in the state. The word “Aroostook” is a Native American word meaning “beautiful river”, which there are plenty of in the region. The Aroostook National Wildlife Refuge is home to countless opportunities for biking, hiking, canoeing and kayaking, and fishing. Be sure to keep your eyes peeled for Maine’s famous moose, which has a healthy population in the northern part of the state. You could also see black bears, sandpipers, and harriers.

The entire region is loaded with quaint B&Bs and lodges, and just across the border in Canada, you’ll find numerous resorts and hotels. Also, for any golf enthusiast, a visit to Aroostook Valley Country Club is a must. Half the golf course is in the US and the other half is in Canada. 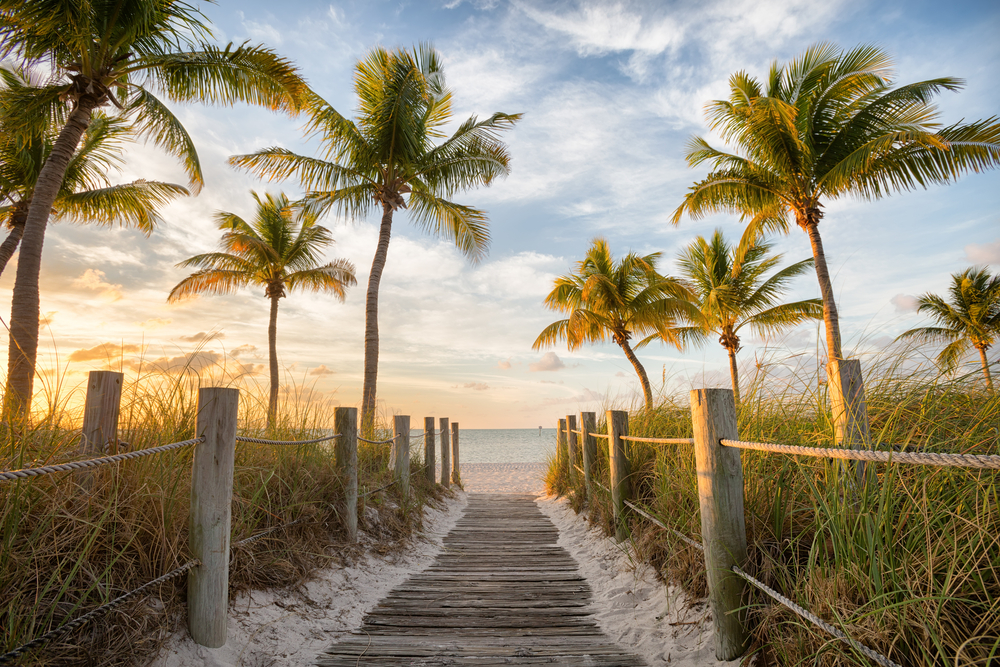 A beach in the Florida Keys (Photo: Zhukova Valentyna)

The Southeastern tip of the contiguous United States is actually one of the nation’s most popular tourist destinations. It’s the Florida Keys. The easternmost tip of the Keys is Biscayne National Park, home to the islands of the upper Keys, as well as the surrounding coral reefs. The park is known for its abundance of marine life like sea turtles, sawfish, and manatees. The islands even have small populations of alligators and crocodiles. It’s an excellent location for swimming, snorkeling, and scuba diving. For land-lovers, it’s a prime spot to roll out a towel and enjoy the sunshine, not to mention it makes for some excellent birding. 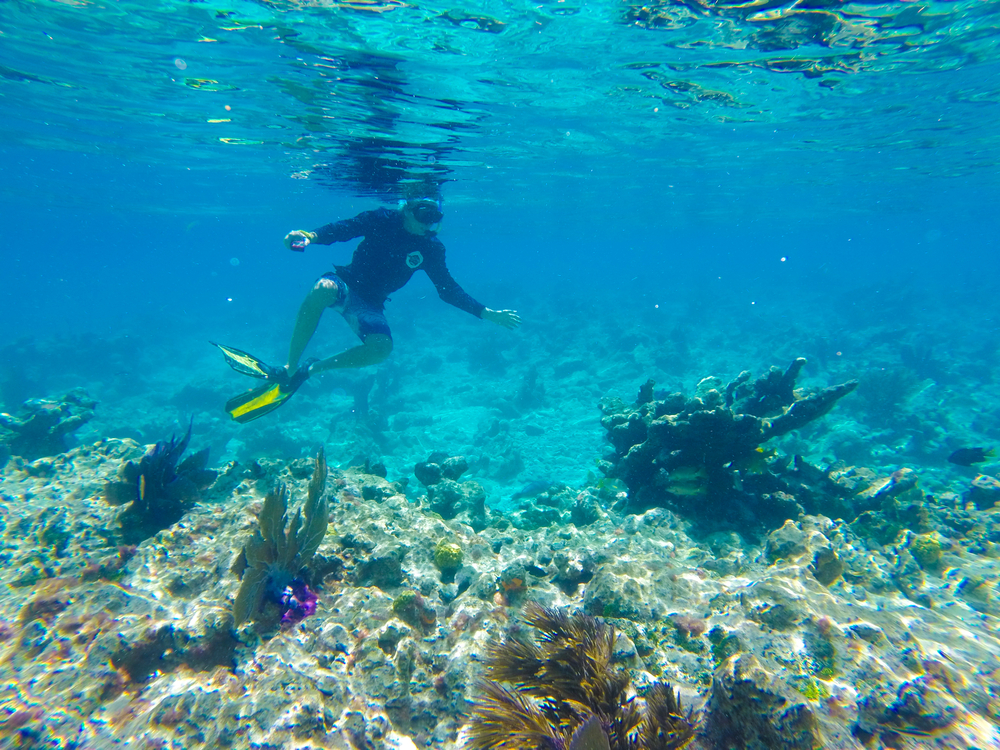 The southernmost tip of the Keys (and the entire continental USA) is the famous Mile 0 marker in Key West. Key West is home to excellent beaches, gorgeous sunsets, and boating galore. But it’s also home to wonderful cuisine, a rich history, and incredible museums. The Keys are the perfect location for every traveler because they offer everything from hiking, paddle boarding, and swimming for the outdoors enthusiast, to art, theater, and fine dining for the cultural connoisseur.