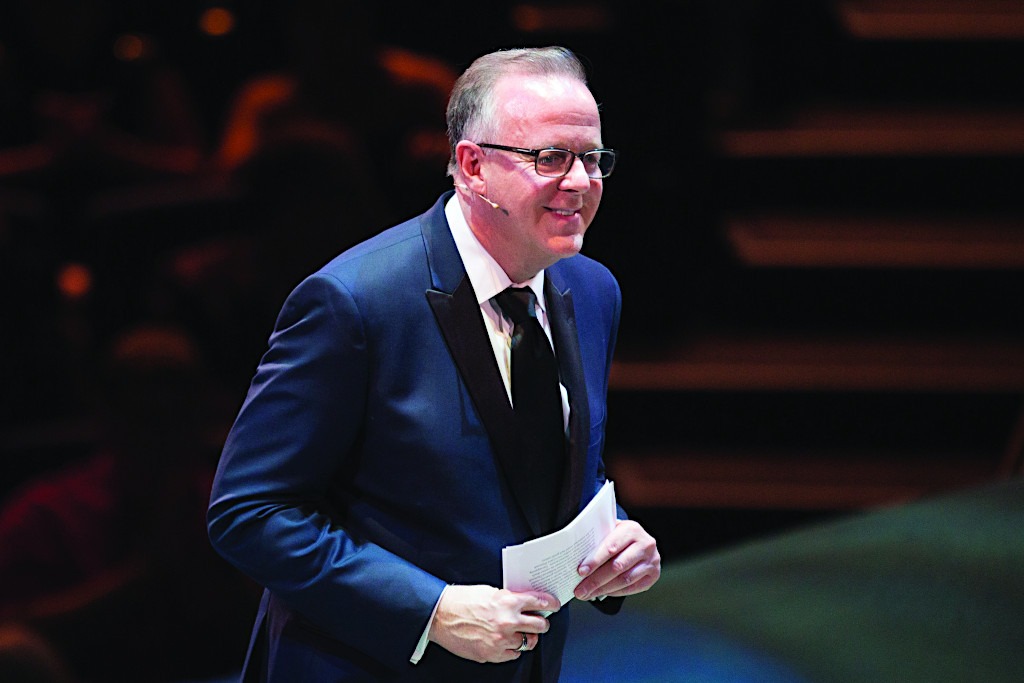 Life isn’t a circus for Jerry Nadal, it’s a Cirque. The Las Vegas-based Senior Vice President of Business Development for Cirque du Soleil (www.cirquedusoleil.com/las-vegas), Nadal has a hand in the company’s six eye-popping Las Vegas spectacles, including Ka, O, Michael Jackson ONE, The Beatles LOVE, Mystere, and Zumanity, as well as its international touring and installed shows and continued expansion into other live entertainment realms.

He and husband Gene Lubas, a former Broadway performer turned stage manager who currently works with movie-based attractions company Victory Hill Exhibitions (Las Vegas’ Avengers S.T.A.T.I.O.N. and The Hunger Games: The Exhibition, which opened in June 2019), are raising a pair of 12-year-old twin boys, and Nadal admits that Cirque seems to run in the family’s blood at this point.

“The boys got into gymnastics against my better judgment,” he muses. “They went to a birthday party at a gym several years ago and got hooked and now they are training five and six days a week. One wants to be a dancing acrobat. I hope the other is a lawyer!”

Although New York native Nadal developed a passion for performing arts early on, he actually earned a degree in Transportation Management and worked for a shipping line. Coming to grips with the fact he didn’t want a career in finance, he started stage managing and is now fully immersed in the “biz” side of showbiz. 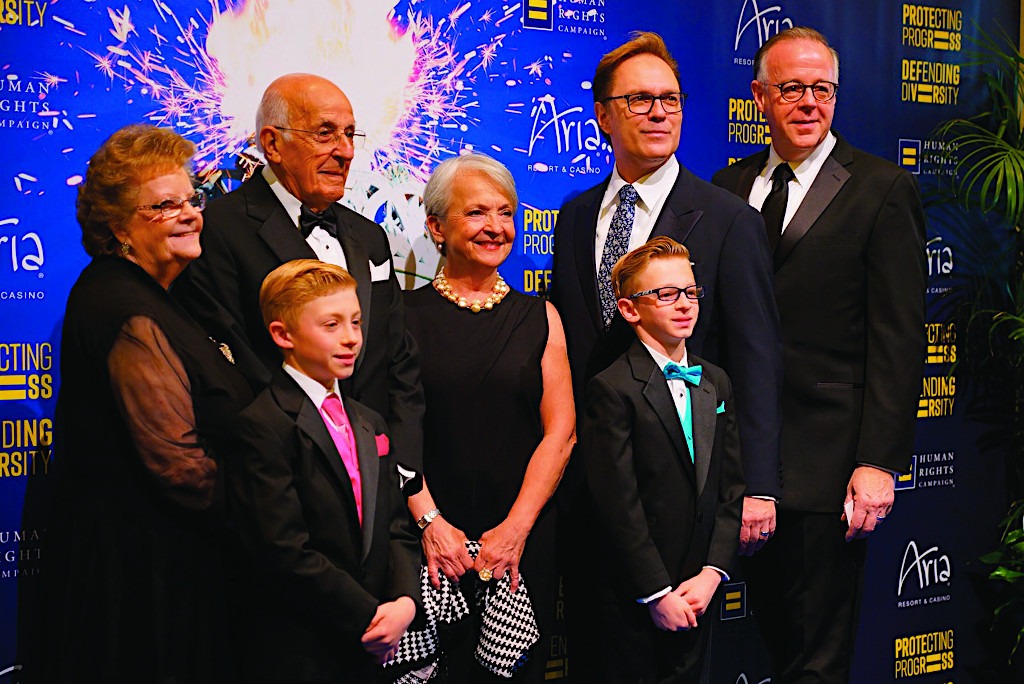 His first brush with Cirque du Soleil occurred in the early 90’s. He was working on the Las Vegas Hilton’s production of Starlight Express in 1993, and the following year he went to see Cirque’s first Las Vegas show, Mystere, at Treasure Island. In 1998, Cirque enlisted him as company manager for touring show, Alegria, which settled in Biloxi, Mississippi for two years before hitting the road again. In 2003, Nadal moved to Las Vegas to work on Ka.

Nadal says the company’s growth in size and scope has been profound since he joined. In Las Vegas alone, it employs approximately 1,600 people from 40 countries, and they anticipate about 150 more when a new show, R.U.N, billed as a “live action thriller” filled with high-speed chases, combat, and stunts, opens at the Luxor on October 24, 2019. These international casts, many hailing from gymnastic and sports backgrounds, have been both a delight and challenge according to Nadal.

“I like to say working for Cirque is like working for the U.N., except it works,” Nadal shares. “A lot [of these people] never really lived on their own, or made a living, and you drop them in Las Vegas where you have every conceivable vice. We take that seriously. We bring in the metro police and have them discuss what’s allowed and not allowed here compared to the countries they come from. We have a guy in O from Senegal, who plays a unique string instrument made from gourds, and he comes from a tribe where he has several wives and they use a barter system for buying and selling. When he came to Vegas we had to teach him about monetary concepts, and that you can only bring one wife at a time to the USA. It has been fascinating!”

So what’s a typical day at work like for Nadal? “When you get up you check your phone because our headquarters is in Montreal and three hours ahead,” he notes. “Then you come in and it’s meetings with staff from ongoing shows, the marketing team, how to utilize all the contacts and sourcing, and where else we could be doing shows. Since the company was acquired four years ago by TPG, when co-founder Guy Laliberté sold the majority of the company, part of the plan was to expand us into areas of entertainment that weren’t necessarily circus arts. We purchased Blue Man Group and VStar Entertainment. Two months ago we picked up work by a guy named Simon Painter, who does The Illusionists on tour and Broadway. It won’t have the Cirque name on it, but we’re expanding our reach as a live entertainment leader.”

Sometimes, Nadal also has to deal with a complication or two. Tragically, a French Ka performer, Sarah Guillot-Guyard, died from a fall sustained during the show’s dynamic battle sequence in 2013, on the same evening Michael Jackson ONE opened. In the accident’s wake, Ka closed for two weeks, there was an investigation, and the act was eventually reconceived with additional safety measures and stopgaps in the tech system.

While no fatalities or injuries were involved with the production of Zumanity, it caused some sustained controversy with audiences when it opened in 2003 due to a gay male kiss between two performers at the climax of one of the acts. 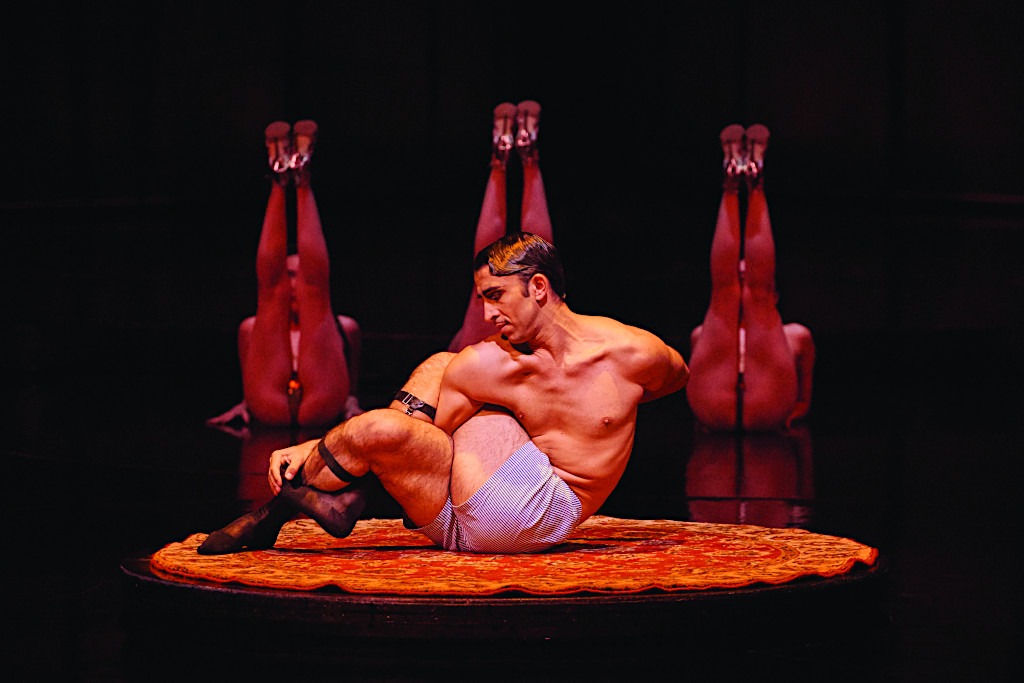 “The kiss is still there,” Nadal says, “but let me talk about that for a minute. When we opened that show, we wanted to push the envelope, and I think we likely shredded it a little bit. There was a huge audience reaction with people making sounds like they were throwing up, but I’ve got to say between 2003 to a few years ago, it’s been a great barometer for social change because it started getting applause. Now instead of ewwws, it gets a huge applause every night. That’s a very fast timeline, socially, for something like that to happen. I never thought I’d marry my partner. This summer we’re together 28 years, and married three years legally. It amazes me it’s happened that fast.”

Nadal has certainly seen Las Vegas change over the years and he’s been an active part of that change through involvement with arts and community-related projects and initiatives. He’s cochair of the Nevada Ballet (www.nevadaballet.org), served as Chairman of the Board of Nevada Public Radio for a decade, is on the board of directors for One Drop Foundation (www.onedrop.org) for safe water, and is on the board of The Smith Center for the Performing Arts (www.thesmithcenter.com), which opened in 2012, boasts three indoor theater venues, and is Gold LEED certified.

“I think we were the last major city with a population of 2 million that didn’t have a performing arts center,” he recalls, “and it took a number of years but the community raised$500 million to build that facility, which included a $50 million operating endowment so it could survive any kind of economic downturn. When people think of Las Vegas they think of the strip, but it’s honestly the smallest part of the city.”

He also notes that a football stadium is going up behind the Mandalay, the Raiders will move to Las Vegas in 2020, and the city has allotted a piece of land near the Smith Center for a contemporary art museum.

Describing Las Vegas as very “live and let live,” his family never encounters any discrimination, and they have more than enough to see, do, and eat.

For example “We go to a lot of places off the strip, because there are some really cool restaurants and chefs. Restaurateur Elizabeth Blau has a place called Honey Salt (www.honeysalt.com), that serves fresh, bright dishes. Not far from Honey Salt is North Italia (www.northitaliarestaurant.com), that features all Northern Italian cuisine. There are some great sushi places. and if you want a three star Michelin meal, there is Robuchon at the MGM Grand and Guy Savoir at Caesar’s.

The food scene is the biggest difference from when I came here 25 years ago. Back then it was about buffets and 99-cent shrimp cocktails. Now you name a celebrity chef and they have a venue here. I don’t think another city in the world has this many top end chefs all on a single strip.” 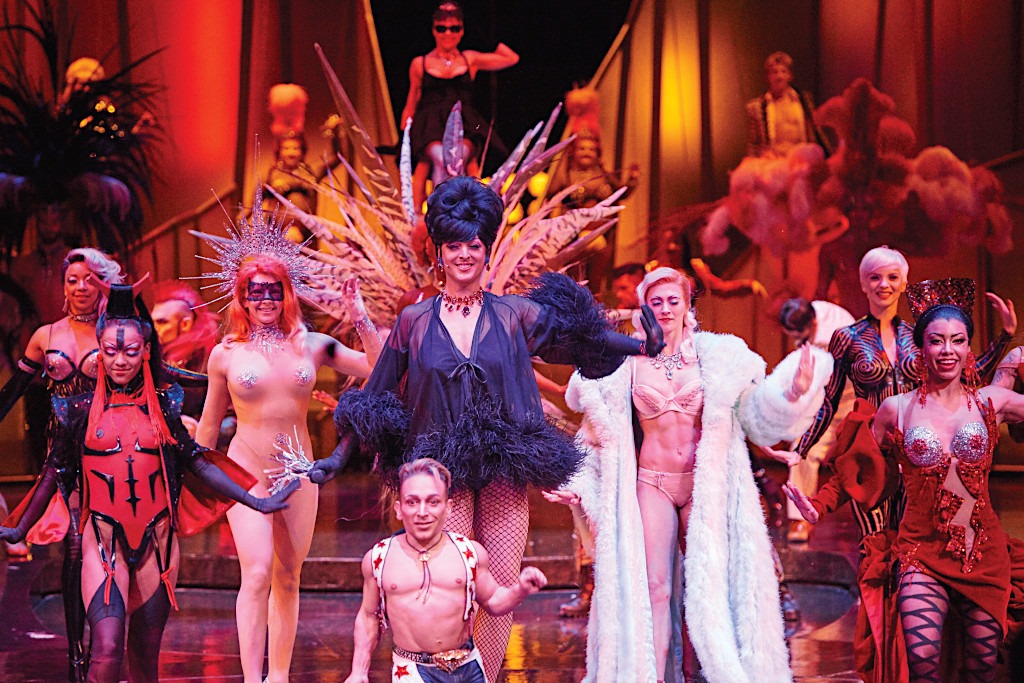 Of course, no trip to Las Vegas would be complete without a Cirque du Soleil show. Visiting celebrities often come with their families, or peek backstage. Nadal recommends seeing the shows in the order in which they were produced, “because each show we produce at the time it’s produced is state of the art, or we have equipment that was prototyped exclusively for them. It’s amazing to see how we used tech available to enhance the human performance. So see Mystere first, then O, Zumanity, Ka and LOVE, then ONE.”

Yet while Nadal has his own dream Las Vegas Cirque show in mind (“I would love to see us resurrect one of those big old showgirl revues but with a big Cirque twist.”), he admits that he’s not planning to perform in one. “No,” he laughs. “My kids are doing gymnastics now, so I live vicariously through them, although we do a benefit performance every year for One Drop and I emcee it, and this year we did it at O and as part of the preshow one of the performers got to knock me into the pool in a full tux. That was the extent of my performance. I had to swim in a full suit.”