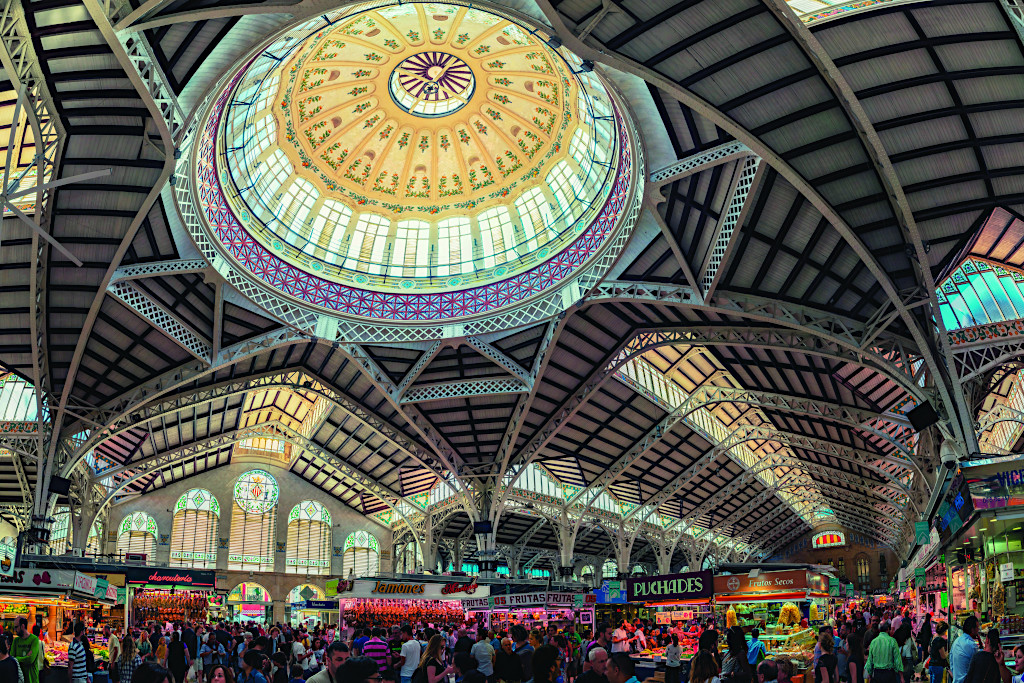 One of my favorite things about living in Paris is the easy and inexpensive access to all of Europe. I could be on a gondola in Venice in 90 minutes, drinking a glass of Rioja in Spain in two hours, or skiing on the slopes of the Swiss Alps in three.

My partner’s birthday is at the end of August and we wanted to go to a beach destination that wasn’t a seasonal resort because it would be overcrowded and expensive. During my research, I found out that Valencia, Spain not only had a rich cultural center, as well as beautiful architecture, but also had beaches. I checked out prices of hotels and airfares, and it turned out that Valencia had a good choice of reasonable accommodations for under $150 a night, so it was Valencia here we come. 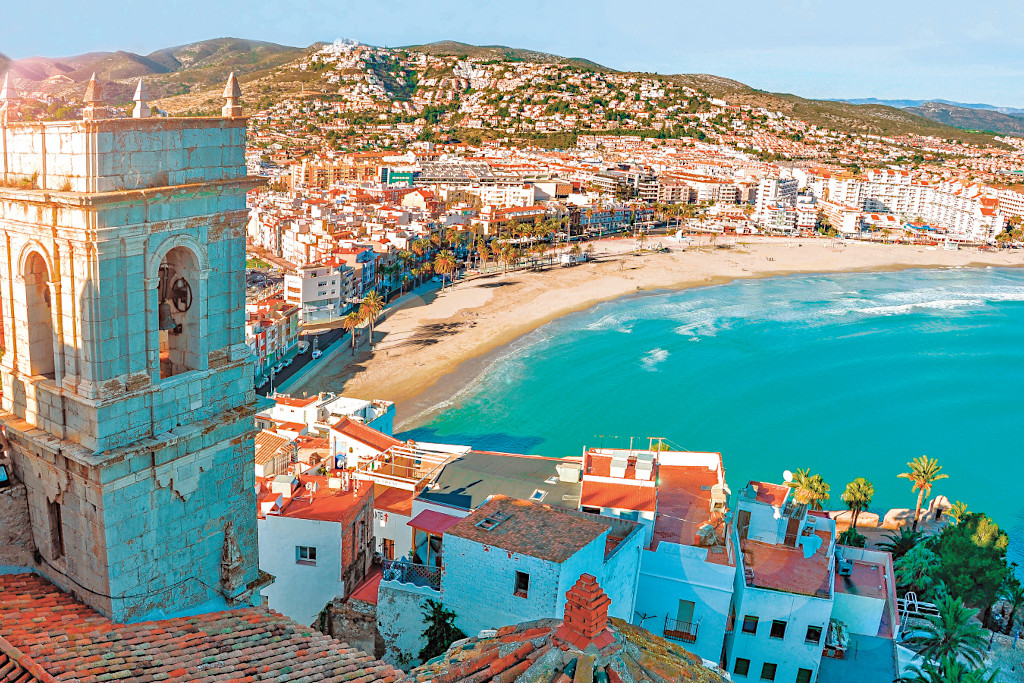 View of the sea from Pope Luna’s Castle
Photo: karnavalfoto

We arrived around 11 A.M. on a hot, but not too humid, sunny day. We lucked out and found a one-bedroom Airbnb apartment for less than $100 a night. It was spacious, with a kitchen larger than ours in Paris, and the view from the fourth floor was a verdant garden. It was also a convenient location, right on the border of the newly revitalized historic district and a five-minute walk to a tram that went directly to the beach.

Hungry for lunch, we strolled through the old city, taking in the 15th and 16th century limestone buildings, grand fountain, and impressive Baroque churches. Our destination was the culinary jackpot of Valencia, the Central Market (Plaça de la Ciutat de Bruges, s/n, 46001. www.mercadocentralvalencia.es). The 80,000 square foot market, constructed in 1928, is an Art Nouveau wonder to behold with a marvelous mix of colored tiles, stained glass panels, and a soaring dome reaching 100 feet. Inside were rows upon rows of every type of food imaginable. Most impressive of all was the extraordinary number of fresh fish stalls, proving that Spaniards are crazy about seafood. The fresh anchovies, codfish,shrimp, squid, and octopus all looked so fresh, as though they were caught only minutes before. 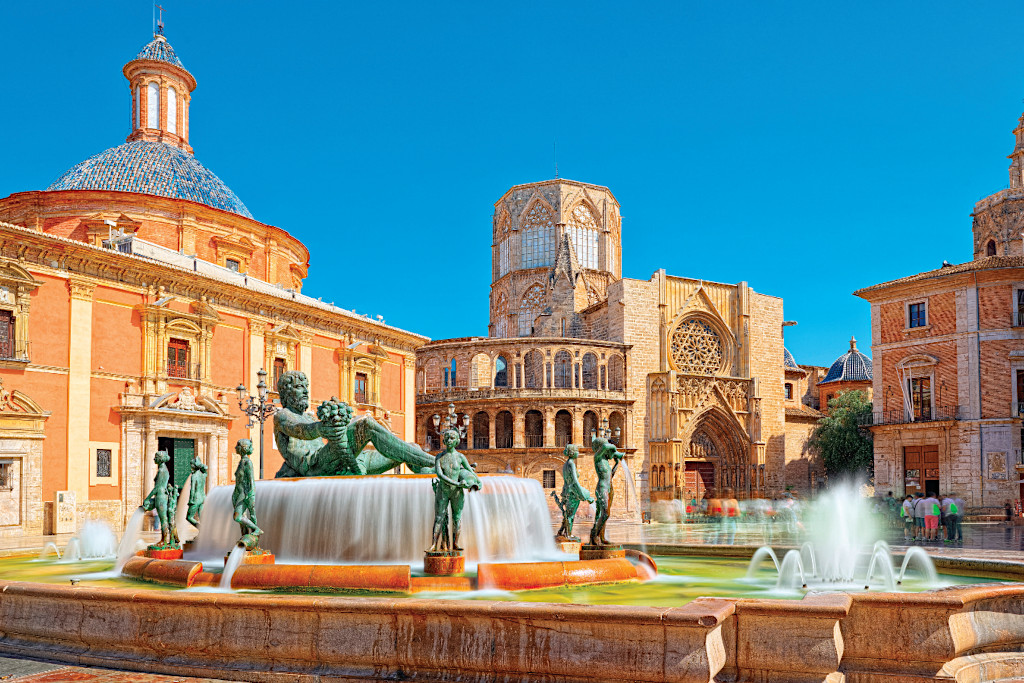 Another delicacy Spaniards can’t get enough of is Bellota ham, now known as one of the highest quality hams in the world. The stalls had dozens of legs hanging from the ceiling and one of the vendors fed us samples. The buttery and smooth texture had our taste buds begging for more, but we didn’t want to spoil out appetite for lunch.

Salivating over the irresistible foods, we headed to Central Bar, surprisingly the only restaurant directly in the market. It was about 2:30 P.M., the height of lunch hour in Valencia. We impatiently waited about 20 minutes until a table became available, as we were practically swooning from the aromas and looks of the dishes being served. We dove into a yummy selection of tapas, including marinated anchovies with passion fruit ceviche; chicken croquettes; pork ribs; and decadent fried potatoes. 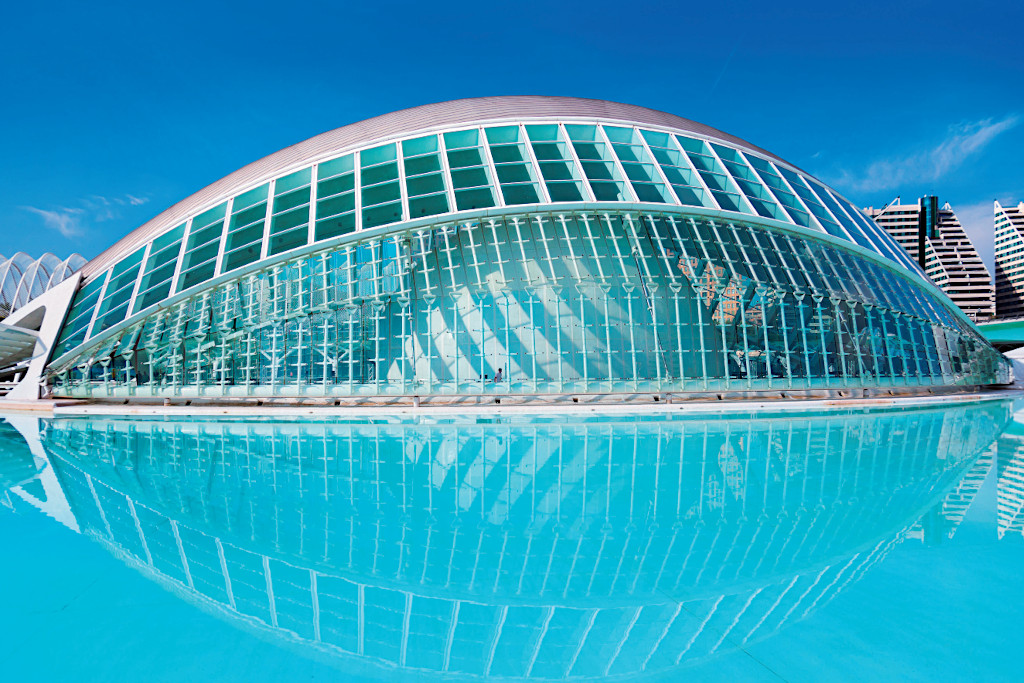 Afterwards, we headed to La Malvarrosa, about 25 minutes from the center, located on the Gulf of Valencia in the Mediterranean Sea. As it was the last week of August, the beach was crowded but not packed. We were happy to dig our feet into the warm sand. We later discovered there’s a gay, clothing optional beach on the northern part of La Malvarrosa. Another day, we traveled a little further, about 45 minutes by bus, to a more tranquil, less populated beach, Playa de l’Arbre del Gos, which also had a gay section.